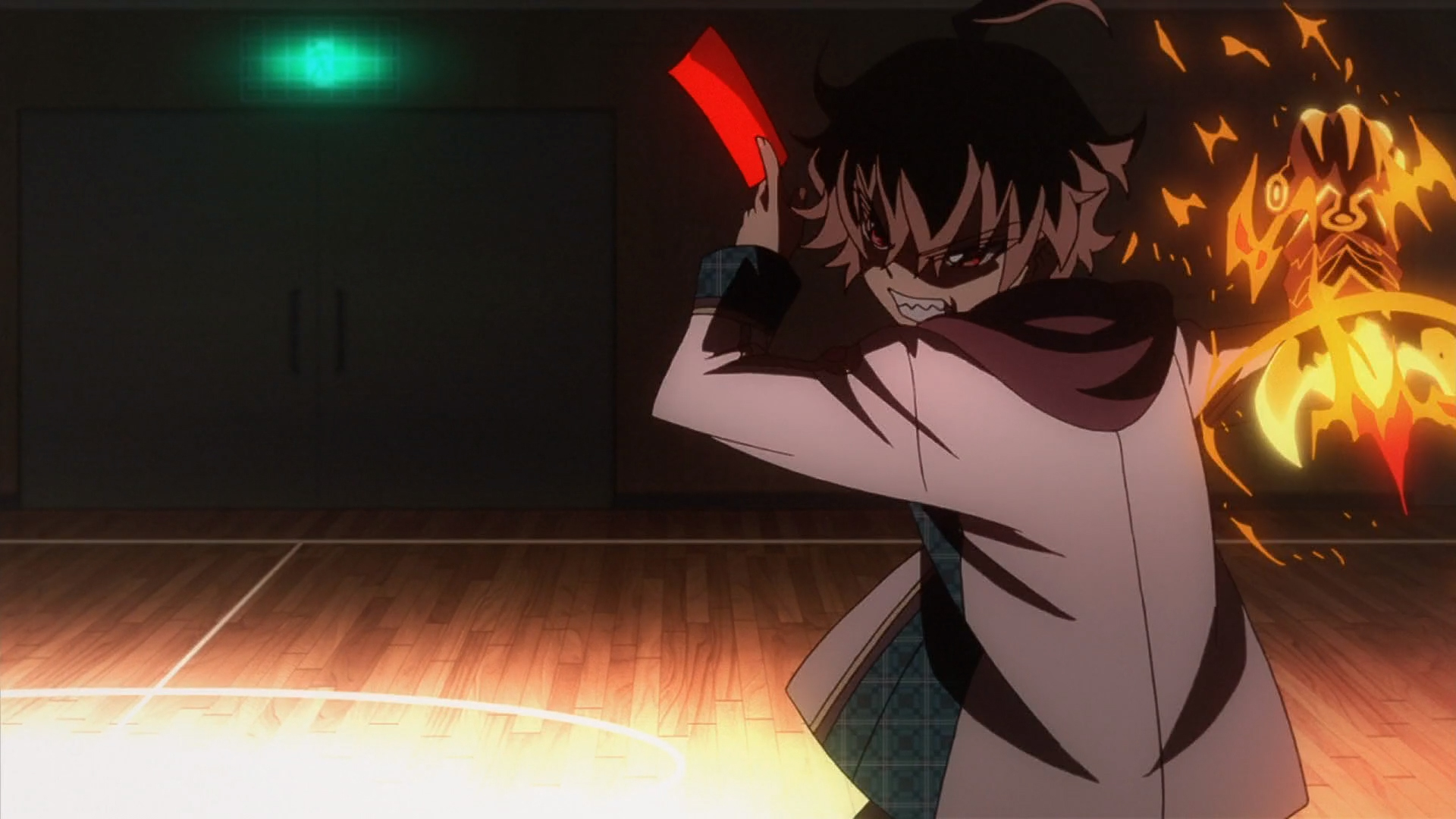 The third part of Twin Star Exorcists is a bit of a transitional volume, as the series concludes its ongoing Dragon Spot arc, sending Rokuro and Benio to Kyoto in order to solve the situation and stop the mysterious portals to the demonic world of Magano from ever appearing on Earth again, while the series’ main villain, Kuranashi, begins to take centre-stage and puts his plans in motion to take out all of the exorcists (including our Twin Star duo!) once and for all.

While my fellow reviewer, Josh, may not have looked upon the series favourably, at the time of airing I developed a bit of a soft spot for its Saturday morning cartoon qualities and goofiness, particularly in the Dragon Spot arc, which is brought to a conclusion here with a sentimental and touching ending that feels like it is trying to portray some of the meaning in being a parent, with Rokuro and Benio showing some raw emotion as they have to inevitably part with Sae, the child our heroes have bonded with over the last ten episodes or so. 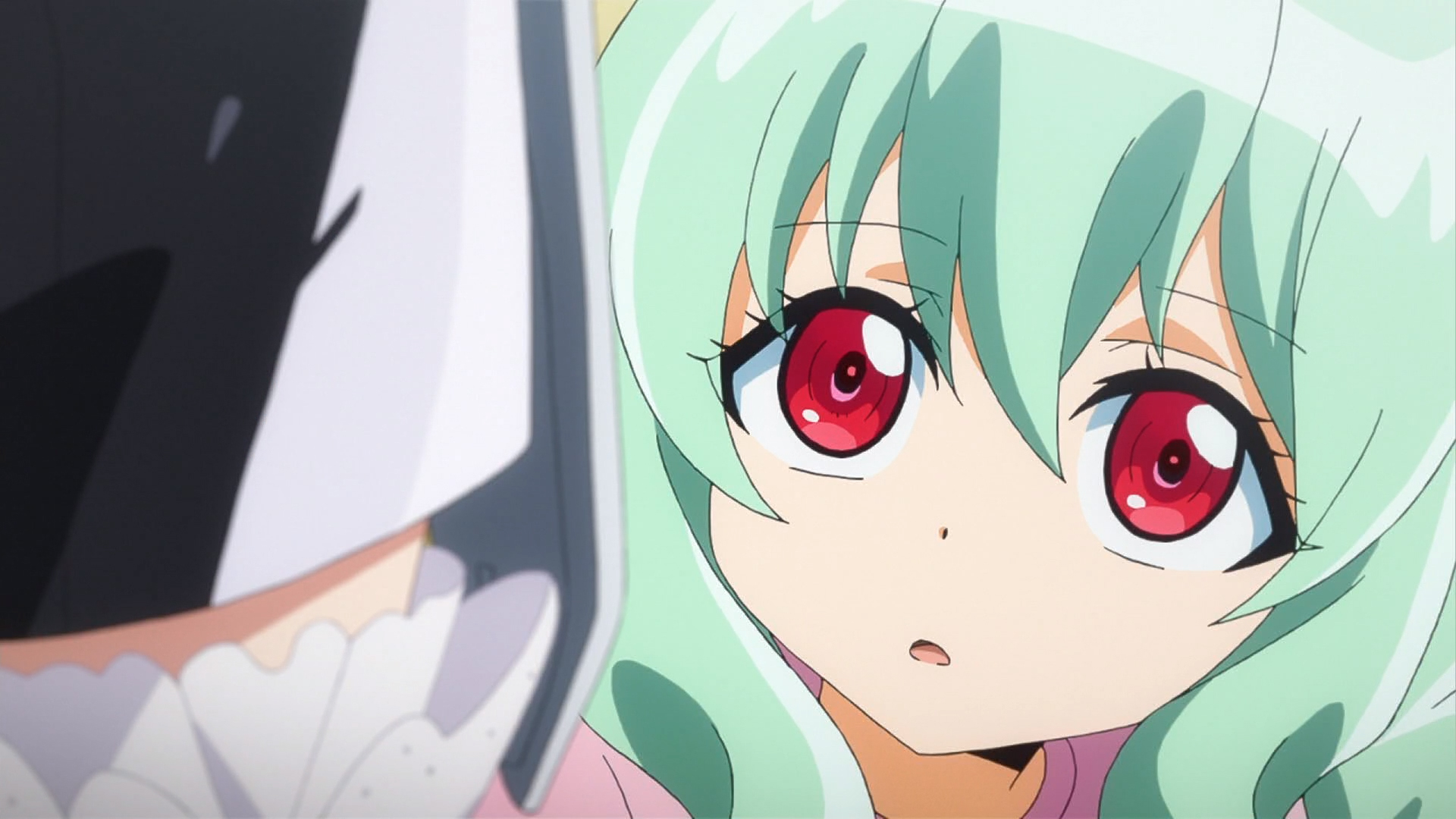 Those expecting a typical shonen action fest here will be disappointed, as there’s not much action in both this conclusion and the first disc of this set, apart from the first couple of episodes, as it focuses more on drama and character development. Seeing Rokuro and Benio come out of the other side of the Dragon Spot ordeal can be somewhat cathartic, and while they do grow increasingly closer over these fourteen episodes, the series places more of a focus on its supporting cast. Mascot character Kinako gets his own episode which flashes back to when he first met Benio, which you may or may not enjoy, depending on your opinion of him, while more time is spent with the Twelve Guardians, giving us some back story for the boisterous Sakura Sada and her relationship with the plush-loving Miku Zeze. More importantly, Mayura gets some much-needed love in this set, taking her from the childhood friend love interest to being a very interesting character in her own right as she fights to become stronger and realise her ideals to protect those that she cares about. 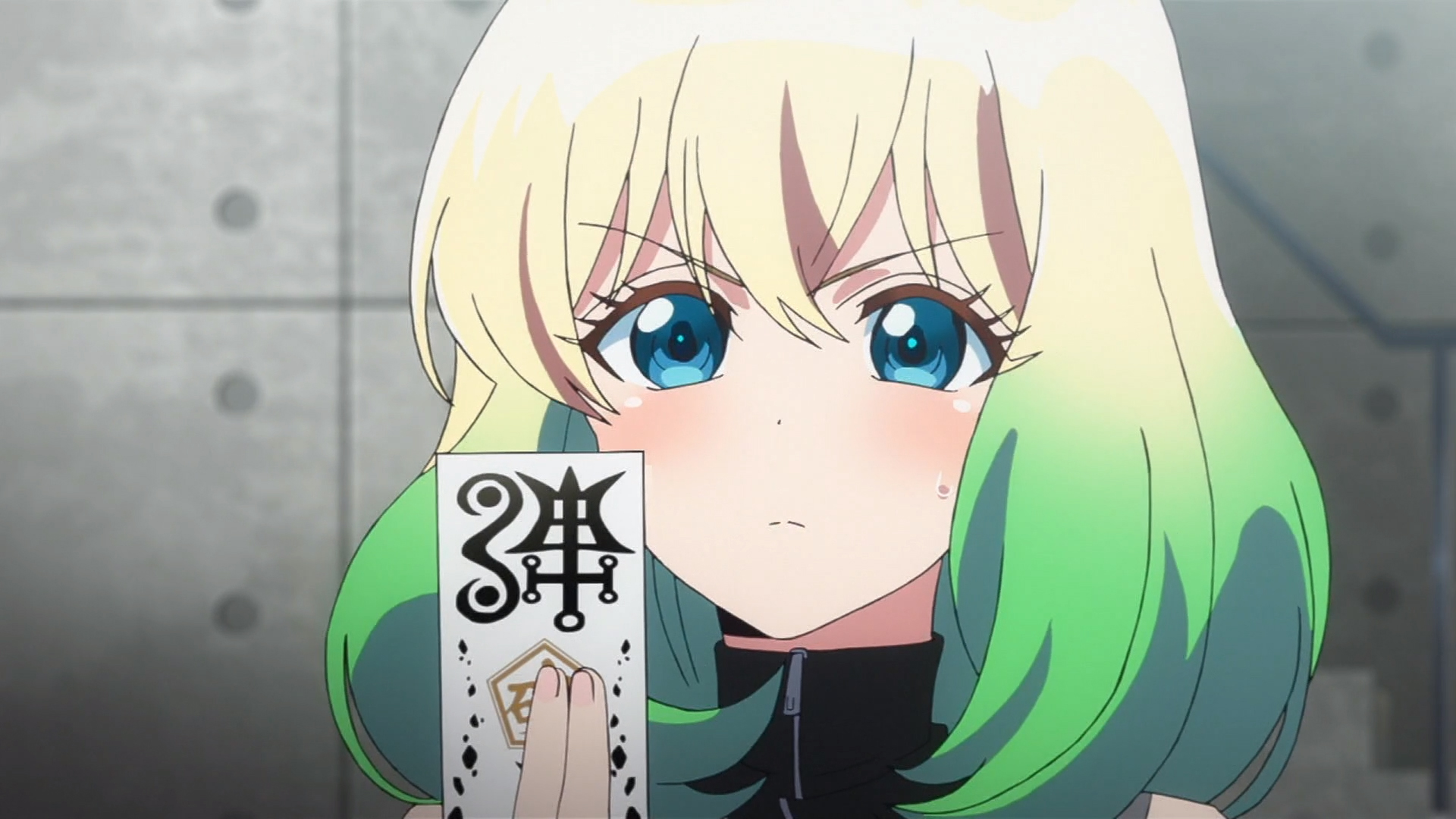 If you are looking for the action, you’ll be better off skipping ahead to the second disc and avoiding the lull in the story after the end of the Dragon Spot arc, which apart from having that Kinako episode and some setup for Sakura and Miku’s big entrance, offers very little content. It tries to pad out the time with a recap episode and some mindless school hijinks as one of the Twelve Guardians, Shimon, joins Rokuro and Benio’s class. At the end of the day this is an anime aimed at a younger audience and it’s all harmless fun, but I can’t help think that both time and budget would have been better spent cutting this small selection of episodes and putting it into the following few story arcs instead. 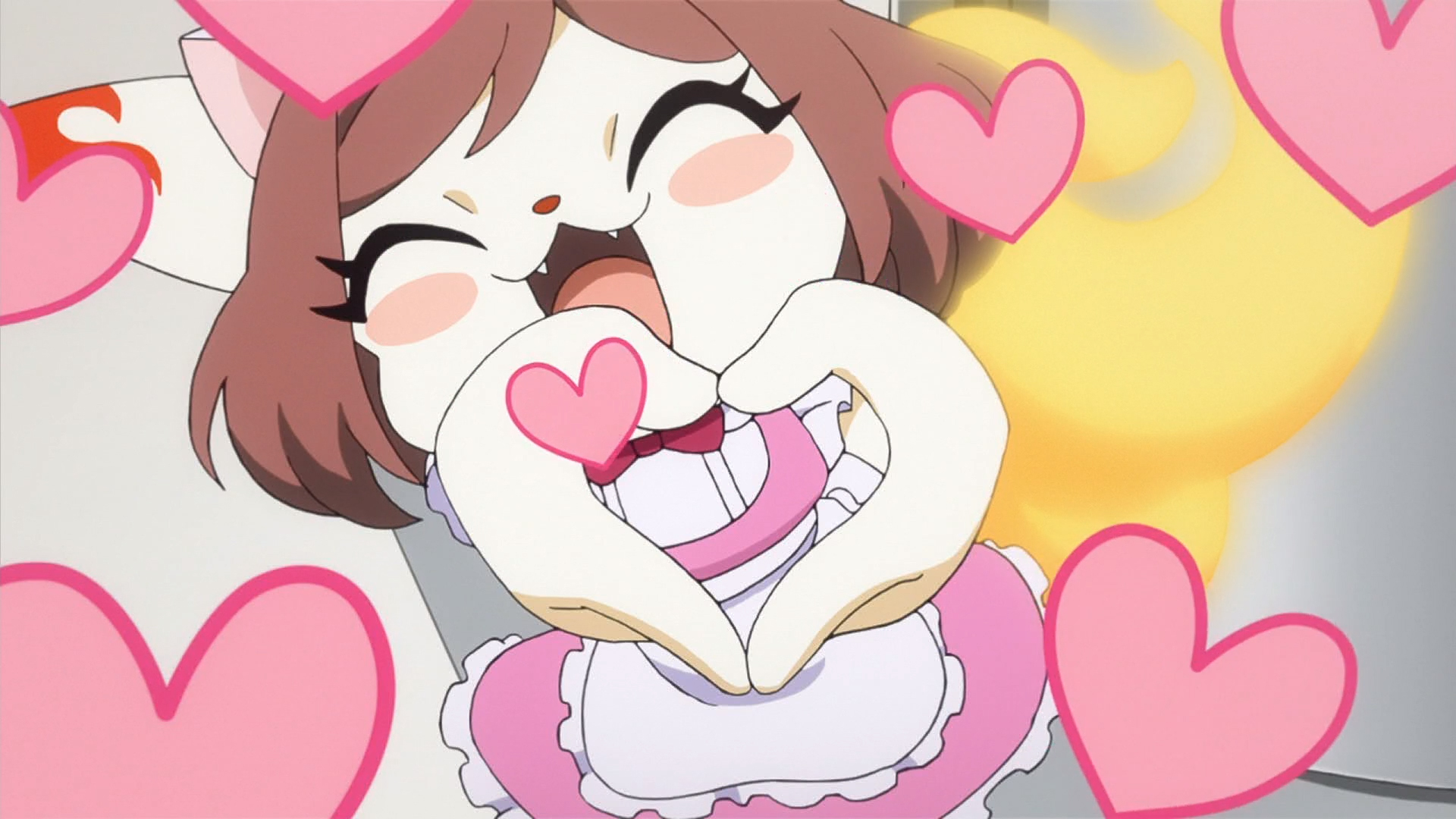 That said, the second batch of episodes is a lot better, as Kuranashi’s evil plan takes shape and all of our cast gets forced into tighter and tighter spots. There’s a clear increase in the threat level our heroes are facing, and while you know in the grand scheme of things that they aren’t going to lose, there are some twists that do make you think twice, which helps to up the tension, particularly in this set’s climax as the town of Narukami is sealed off and Rokuro, Benio, Mayura and Seigen have to fend for themselves in the villain’s deadly game.

The action sequences mostly follow the same setup as the previous two parts, with stylised attack name cutaways and a focus on beam attacks and flashes of light that cut down on the amount of close-up action that the staff at Studio Pierrot actually have to animate. There are however some more dynamic moments that pop up from time to time, in particular with the last few episodes of the set, as Mayura goes toe-to-toe with one of the Basara and Rokuro and Benio have to pull each other up a treacherous cliff face, with Benio’s powerful enchanted legs coming in very handy. It’s hardly ground-breaking stuff, but in a series that has never looked spectacular from the get-go it’s nice to see these flashes of improvement. 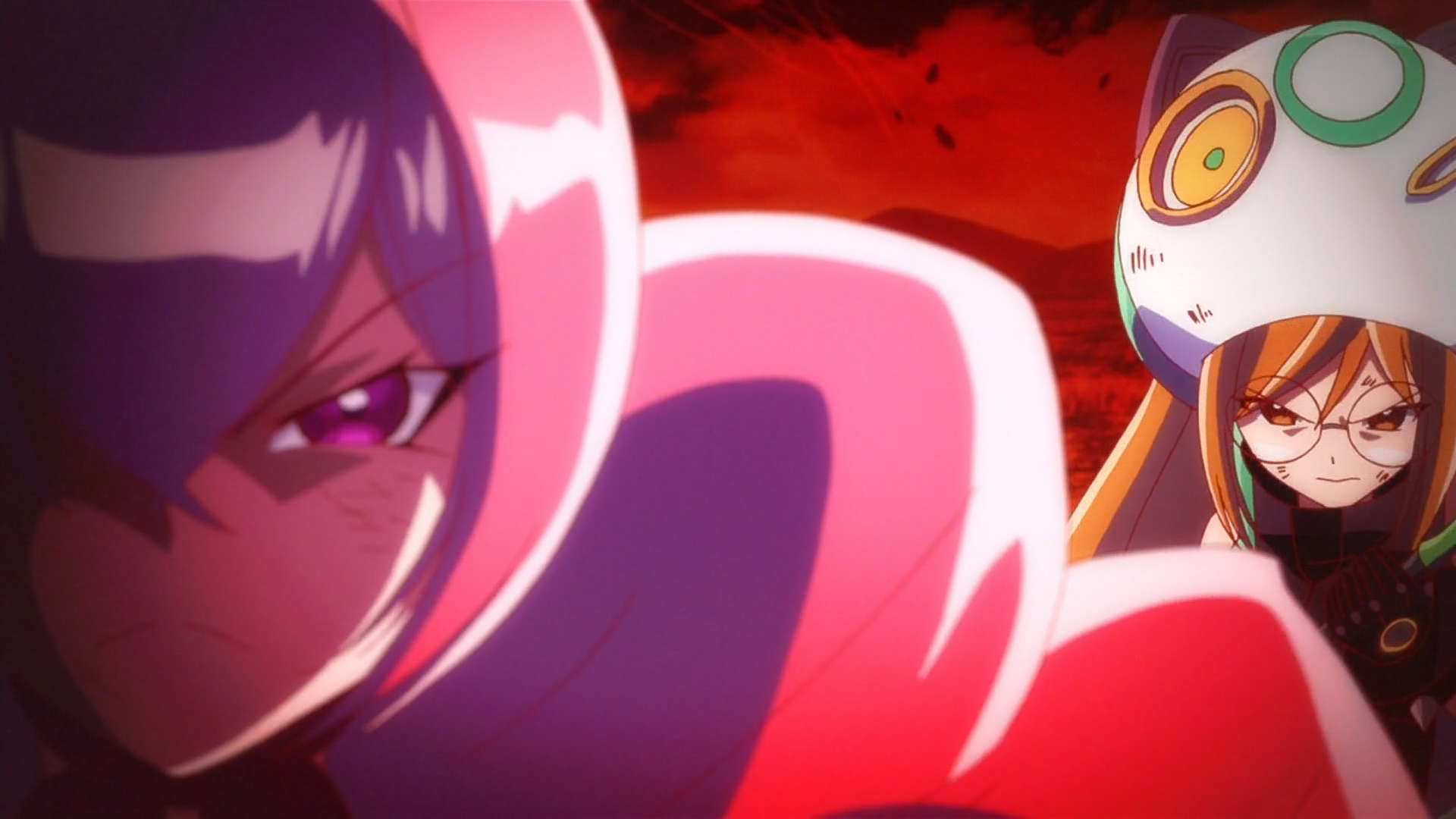 What impressed me more was the show’s soundtrack, composed by Mikio Endo, which while quite loud and brash uses electronic sounds and chanting to match the show’s fantastical and spiritual themes very well. Praise must also be given to the show’s opening theme, sync by the dance music group lol, which is an absolute banger, as well as the ending theme Hide & Seek by girl band GIRLFRIEND, which is a pretty chill jam to cap off an episode.

This Anime Limited release contains Episodes 27 to 40 of the series, with both the English dub and Japanese with English subtitles. Both language options continue to punch above their weight with some great performances that drag you into the characters, particularly with Megumi Han as Benio and Junichi Suwabe as Seigen in the Japanese. While the English performances are still particularly strong amongst the main cast, the play-off between Miku and Sakura is brought to life extremely well by Amanda C. Miller and Alex Cazares, the latter giving the character a nice American twang which, as the character is loud, brash and obnoxious, works really well. Extras on this set comprise just the textless opening and ending, along with some trailers for other Funimation releases, this being a Funimation master. 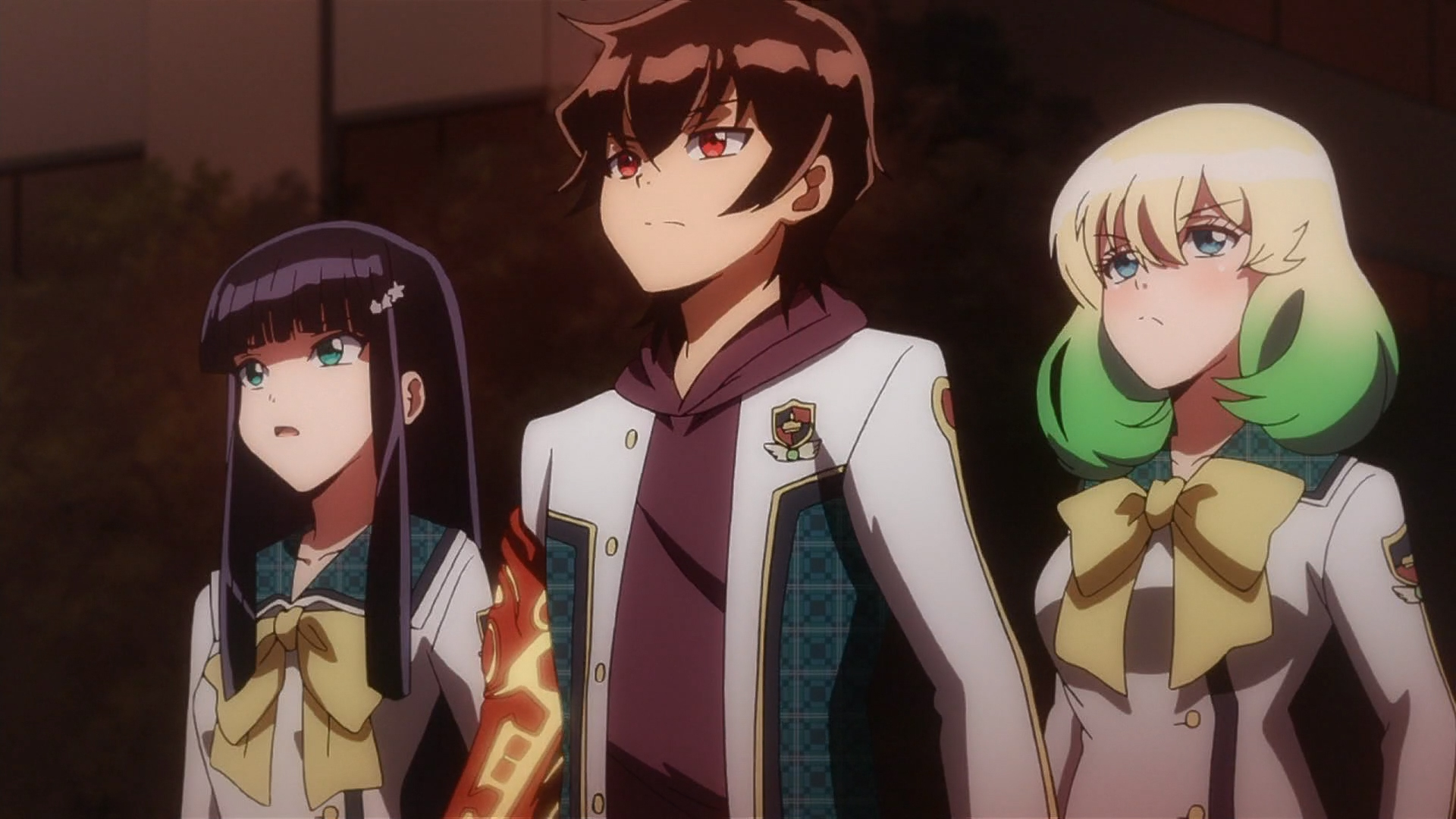 The third part of Twin Star Exorcists remains a mixed bag, with the first half of the set being particularly underwhelming; however the second half is a marked improvement with more character development, a greater focus on the action and a jump up in the threat level of the villains. If the series hasn’t brought you on board by this point, that’s most likely not going to change, however if you have become invested in the central cast of characters it may be worth sticking things out to see where it takes them as we begin to head towards the show’s conclusion in Part 4.