Distributor Funimation recently tweeted a cryptic message that indicated a surprise appearance for its streaming platform, and today it has been officially announced that the 2011 anime adaptation of Hunter x Hunter will be available to stream on the platform. This will be for the United Kingdom and Ireland territories.

Hunter x Hunter simulcasted on Crunchyroll subbed from 2011 all the way to 2014 and briefly made an appearance on Netflix. The good news is that not only will all of the episodes be available on Funimation, but it will also include the English dub that aired on Toonami by Bang Zoom! Entertainment and Viz Media. The series will commence streaming starting Friday 17th July 2020.

Hunter x Hunter‘s 2011 adaptation is the second anime based on Yoshihiro Togashi‘s manga series and was animated by studio Madhouse. The first anime adaptation aired in 1999 by studio Nippon Animation. The 2011 anime adaptation, directed by Hiroshi Kōjina and music composed by Yoshihisa Hirano, spans a couple more story arcs compared to its previous series, which includes the Chimera Ant arc and Election arc.

“Young Gon dreams of following in his father’s path and becoming a Hunter, an elite class of adventurer with legendary skills. But to make the grade he’ll first have to pass the extremely difficult and dangerous Hunter Qualification Exam.”

At the time of this post, currently, there is no UK home video licensor. The manga series is available to read by book publisher Viz Media. 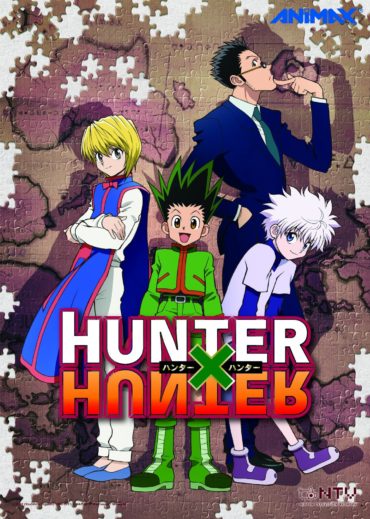