The English dub of Persona 5 The Animation, the anime series adaptation of ATLUS’ hit video game, has been added to the All 4 streaming service, the series’ distributor Anime Limited announced on Twitter this morning. The addition of the series was previously revealed by NEO Magazine last October, when the collaboration between the terrestrial broadcaster and anime distributor was first announced.

You can watch the series here.

Both the 26 episode anime series and its prequel OVA Persona 5: The Day Breakers are available to stream. While the latter is only available in Japanese with English titles, the main series marks the UK debut of an English dub that only just launched in North America last month, and sees the cast from the hit game reprise their roles, which is as follows:

Anime Limited previously announced that they had acquired the series for home video shortly before its premiere in April 2018. The series is also available in its original Japanese language, with English subtitles, on Crunchyroll. Anime Limited previously released the Daybreakers 24-minute special on Blu-ray earlier this year, which you can read our review of here. 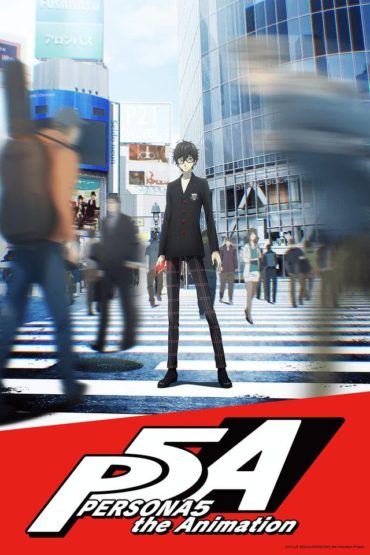 Persona 5: The Day Breakers proves an entertaining watch for fans of the franchise. If you’re a newcomer to Persona 5 then this will do nothing but confuse you and probably isn’t worth the investment.