A few months ago, I reviewed the first volume of Not Your Idol, which VIZ Media released into English. Despite a disappointing first instalment, I decided to check out Volume 2 and find out if it has improved the series at all.

When we left the cast of Not Your Idol, things had come to a head. Nina’s classmate Hikaru had been accused of being the person behind Nina’s attack before the beginning of the series. With Nina unable to accept that Hikaru would do such a thing, the two jump into a taxi and run away from the friends who are so insistent on Hikaru being a bad guy.

Together the two head to a club where Nina’s old idol group Pure Club performed their first show. As the place that began it all, Nina feels safe here and tells Hikaru why she’s confident he isn’t the assailant. Elsewhere her friend, Sara, is also learning the truth as Hikaru’s friend reveals he has an ironclad alibi for the day of the attack.

When the dust settles, the cast realise that even if Hikaru isn’t the assailant, it must be someone attending Nina’s school. Sara urges her to transfer somewhere else, but Nina refuses. She doesn’t want to lose what she’s built for herself and vows to catch the culprit. Hikaru promises to protect Nina and walk her to and from school, but spending more time together inevitably leads to feelings blooming between the two…

Compared to the first book, this volume of Not Your Idol is better put together. There isn’t as much tonal whiplash since the story focuses on Nina and Hikaru rather than their classmates or a broader subject matter.

Nina’s personality is also handled better this time around. It’s easier to see how she’s changing from her days as an idol and that she’s beginning to embrace the new life she’s built for herself, as well as coming to terms with her opinion on femininity. She’s not so negative about her gender and realises that even she could be attractive to a boy like Hikaru.

The bigger problem here is that there are still several unanswered questions. By the end of Volume 2 we still don’t know who Nina’s attacker was, nor does it feel like we’re closer to finding out. Instead, another girl at Nina’s school has been attacked (as a ploy to get to Nina) and because she doesn’t want to tell anyone about it, nothing is being done to find the assailant. Even in the romance department, while Nina and Hikaru are becoming closer, their relationship hasn’t moved that much either.

This wouldn’t be too bad if there was more of the manga to come but Not Your Idol has been on hiatus in Japan since 2019 with only two chapters released after the content of Volume 2. With it looking increasingly unlikely that the manga will resume, we’re left to evaluate the content we do have and I just don’t think it’s satisfying enough.

Perhaps it would be better if Volume 1 wasn’t such a mess. Volume 2 is therefore left to pick up the pieces and while it’s improved a fair bit, it’s just not enough. I want to enjoy the story Not Your Idol is trying to tell, but there are a lot of barriers preventing that. I had hoped we’d have a better idea who the attacker was and that would have felt somewhat satisfying, but sadly that’s not the case.

As previously mentioned Not Your Idol comes to the UK thanks to VIZ Media and has been translated by Tetsuichiro Miyaki. The translation reads well with no issues to speak of. The mangaka behind this series is Aoi Makino and on the whole, they do a better job of the artwork this time around. I’m not sure if I was just used to it, but the big-eyed designs from Volume 1 seem to have been toned down a bit. The artwork does a good job of conveying the drama and intensity of the story as well as the character’s emotions.

Overall, Not Your Idol Volume 2 proves an improvement on Volume 1. Sadly, it leaves too many unresolved questions and isn’t satisfying enough, considering it’s on hiatus in Japan to be recommendable. If you liked Volume 1 then it’s worth giving this volume a look, but if you’ve been waiting to try out the series at all then you’re probably better off giving it a miss for now. 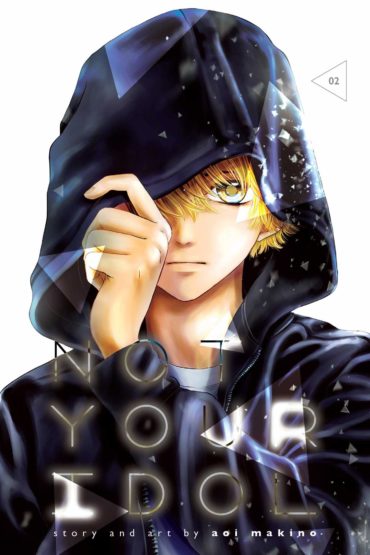 Title
Not Your Idol volume 2

Not Your Idol Volume 1 Review

Not Your Idol Volume 1 promises a psychological thriller about what it means to be a woman and what it means to cast that side of you away, but does it truly deliver on this ambitious premise?