Earlier in the month it was revealed that Funimation would not be streaming the newest Love Live series for the United Kingdom and Ireland territories, but good news has now appeared! UK distributor Anime Limited announced they have acquired the UK & Ireland rights for Love Live! Nijigasaki High School Idol Club and will simulcast the series on Crunchyroll every Saturday at 3:00pm BST. Home video rights is also confirmed but don’t expect any further updates on that part until either late 2021 or early 2022 at the current pace.

“Nijigasaki High School is known for their diverse subjects and the freedom they give to students. Second-year student Yu Takasaki has been turned on to the charms of school idols, so she knocks on the door of the School Idol Club with her friend, Ayumu Uehara.

Sometimes friends, sometimes rivals, the members of this club each contribute their own thoughts and motivations to the group.”
Plot Synopsis via Anime Limited, October 2020 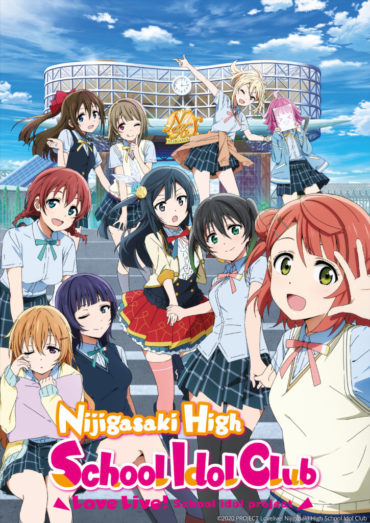