The second half of Alicization is much more action-driven than the first, but anyone hoping to get a lot more action from Asuna should be warned that they’ll be left in the cold. The series only has two major sections involving the real-world action, whereas everything else in the anime is still taking place in Underworld.

At this point in the story, Kirito and Eugeo have become aware of the dangers caused by Underworld’s ruler, Administrator. The Integrity Knights are her pawns, with her repressing their memories and getting them to do her bidding – and one of these knights is Eugeo’s friend, Alice. Pitted against Administrator is Cardinal, the system that once had total control of the original “Sword Art Online”, who is opposed to the Administrator’s total control. The main problem facing Underworld itself is that evil forces from the Dark Territory are poised to invade, and Administrator believes that Integrity Knights alone will stop them, when in reality they won’t. 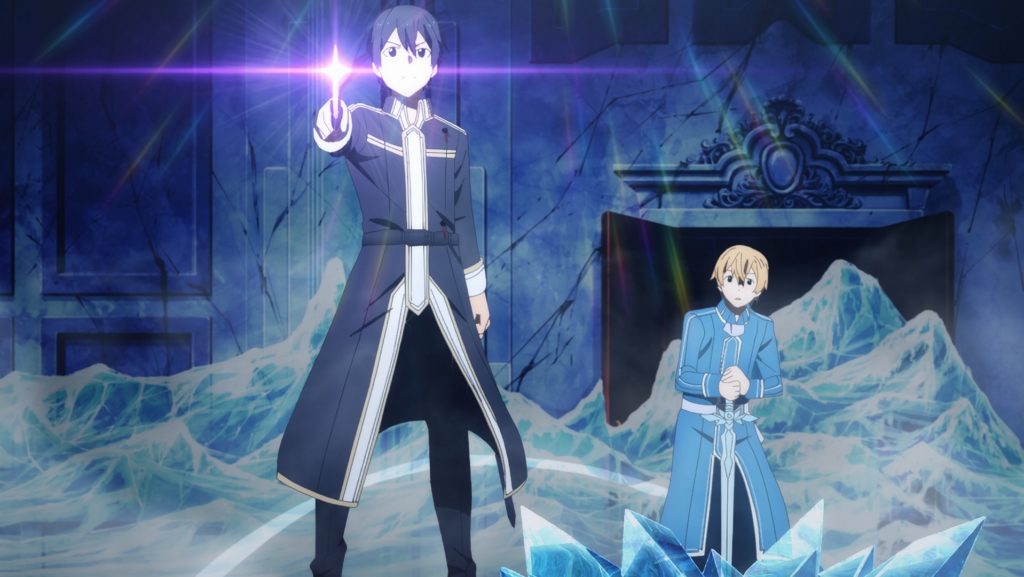 Kirito and Eugeo attempt to climb the tower that is the home of the Administrator, having to fight against several Integrity Knights as they do so. This eventually leads to a battle against Alice, but she is so strong that she ends up damaging the tower itself, creating a hole in the outside wall that she and Kirito fall through. The wall automatically repairs itself, separating Eugeo from the others. Kirito manages to save himself and Alice by stabbing the wall with his sword, and eventually the two begin climbing the tower from the outside. As they do, Kirito tells Alice of her true past which Administrator has caused her to forget, eventually leading Alice to rebel and join Kirito’s cause. However, the tests Kirito has to face become all the more harsh.

While elements of the writing might be suspect, the quality of the animation does make SAO stand out from many other shows of its type. This is especially true in the fight scenes, and there are plenty of those in this collection. For example, the first fight in this collection sees Kirito and Eugeo battling an Integrity Knight with fire powers, and the way the fire is animated shines out, but then Eugeo with his Blue Rose Sword which has ice powers also dazzles and delights. I have read much discussion regarding the anime’s director of photography Kentaro Waki, who has also worked on Mobile Suit Gundam: The Origin and Tiger & Bunny, and he, as well as director Manabu Ono, both deserve to be highlighted. 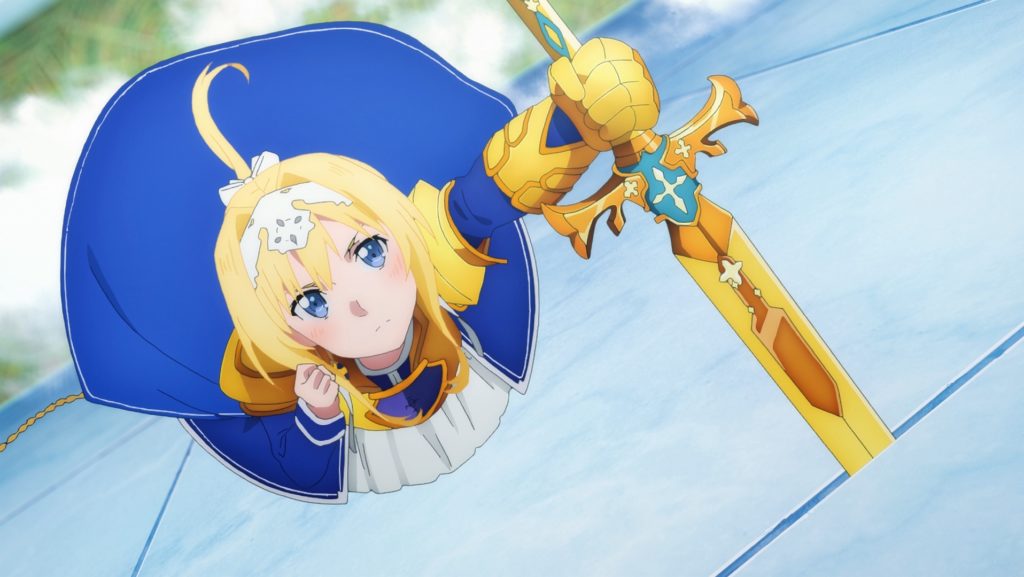 While the series looks stunning, there are still some elements of the plot which I found suspect, namely with Administrator. On the plus side, she is different to just about all the other villains in SAO. She is the first major female antagonist for a start. I do find it a bit peculiar however that for much of the latter half of the collection, Administrator is almost totally naked throughout the whole thing. At first when you see this you think it is a bit of fan service, but after about three episodes you eventually think: “Oh, is she still naked?” 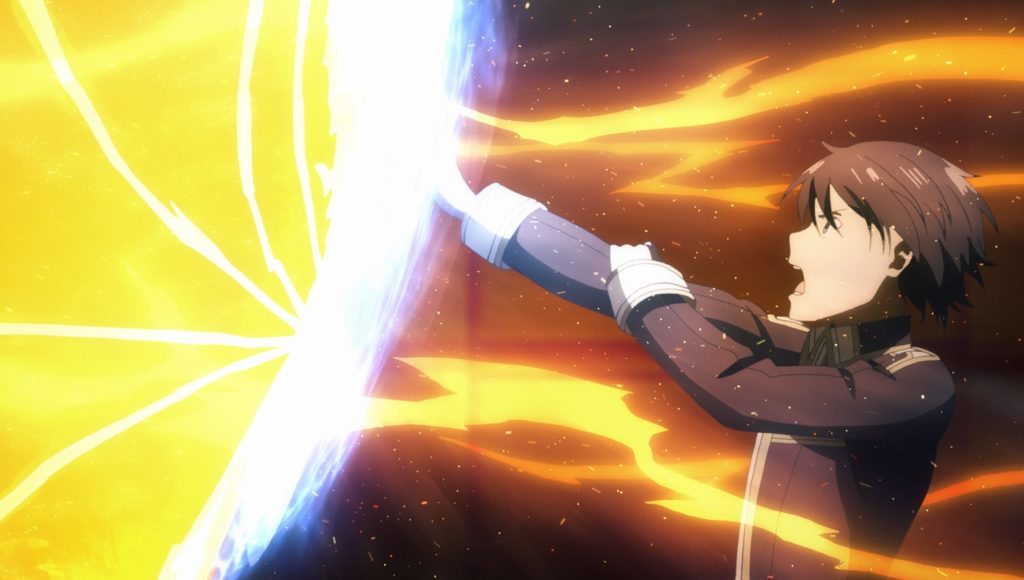 However, the fight sequences are top notch. There are plenty of exciting tussles as Kirito and Eugeo face off against the knights and their various powers, and when they and Alice confront Administrator, things become really thrilling, as the antagonist reveals just how badly she grips onto power at the expense of her subjects. Probably the best fight, however, is the one in which Kirito has to do battle with a brand-new Integrity Knight which Administrator is able to create, and which shocks him to his core.

Eventually the collection feeds us into the second half of Alicization, the War of Underworld arc (a trailer for this is one of the bonus features) which sees Alice as the main fighting figure while Kirito himself faces up to a horrific new challenge. Also included as on-disc extras are the Sword Art Offline bonus animations, as well as textless opening and closing, with “Resister” by Asca providing the opening and “Forget-me-not” from ReoNa the ending. The Blu-ray collection from Anime Limited also comes with a small hardback booklet containing character profiles and a dictionary of terms used in the series.

This second collection is an improvement on the first and the War of Underworld story seems to be taking the plot into new areas of intrigue. 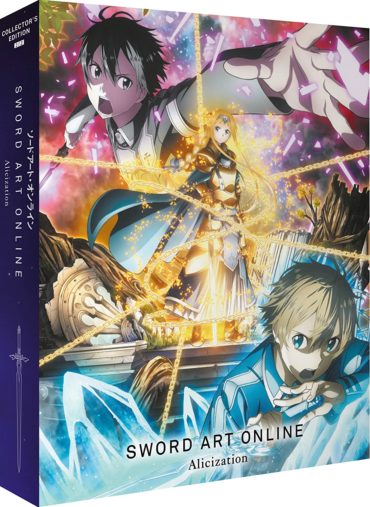