In the twilight world of the yakuza, Yashiro is a powerful young leader, second-in-command in the Shinsei group. His new bodyguard, Chikaru Doumeki, is an ex-policeman recently released from prison. Yashiro, svelte and good-looking, has an appalling reputation among his fellow yakuza as a masochistic pervert who’ll sleep with anyone – but when he makes a pass at his new bodyguard, he’s surprised – and intrigued – to discover that Doumeki is impotent. And so begins a complex, twisted relationship between the two men: Doumeki, a man of few words, utterly smitten with his new boss and Yashiro, fascinated in spite of himself by this faithful dog who – it seems – can’t respond physically to his seductive techniques. 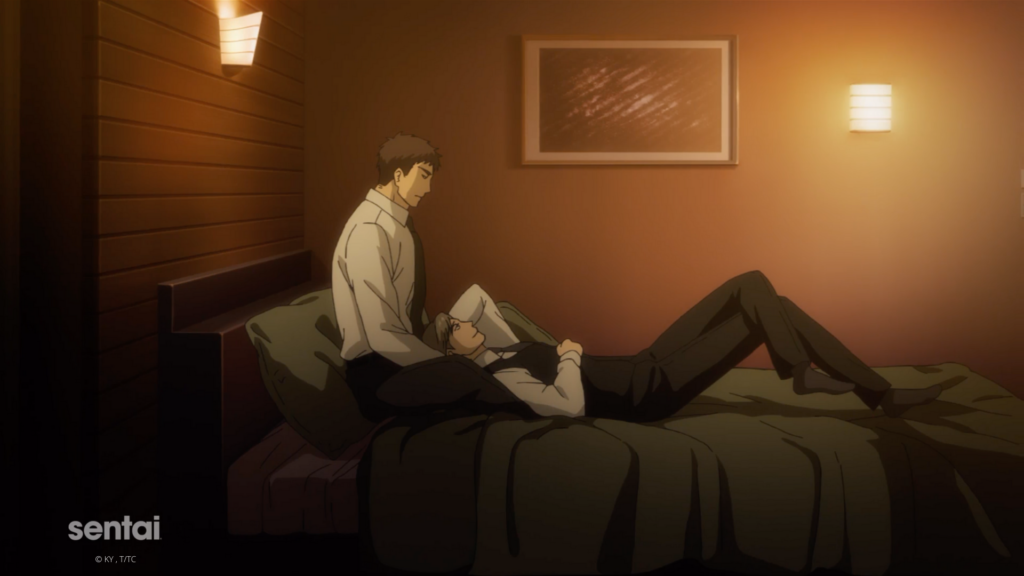 Twittering Birds Never Fly: The Clouds Gather (Saezuru Tori wa Habatakanai) opens with graphic violence; a man is being beaten up by a young hoodlum in a dark Shinjuku side-street while another observes, calmly chain-smoking – until another arrives. Yashiro is the smoker, Kageyama, the one who intervenes is the doctor who works for him – and whom we learn later on is Yashiro’s only friend from high school days. The hoodlum is Kuga and Yashiro, it seems, has stage-managed this, partly to administer punishment to one of his clan, partly to see how Kageyama reacts to the charismatic young man. Violence permeates the whole narrative, whether meted out to the unfortunates who get into debt and fellow yakuza who don’t do as they’re told, or the rough sex that Yashiro craves. 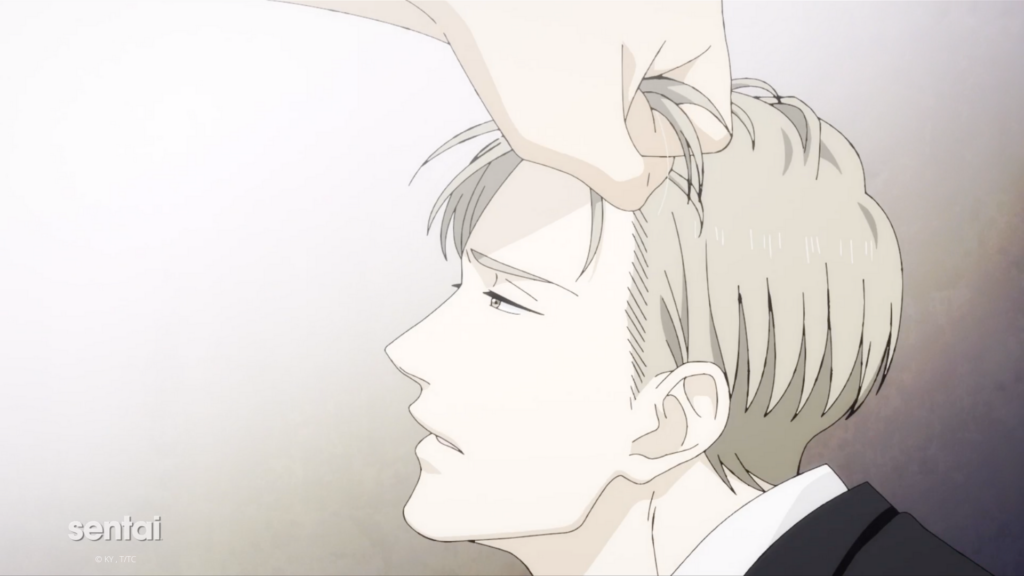 Rumbling ominously beneath the day-to-day routines of yakuza life (debt-collecting, smart suits, expensive cars, fancy living) is the threat of an imminent power struggle between clans that might erupt into war at any time. On the personal side, though, Yashiro continues to try to find out what makes silent Doumeki tick – and the appearance of a young woman who hangs around outside the office through all weathers gives him his first clue. The unravelling of who she is and what she means to Doumeki brings unexpected revelations – and a surprising reaction from Yashiro. But just as it seems that the barriers between master and bodyguard might be beginning to crumble, an unforeseen and shocking event occurs. We’re left on the edge of our seats, not knowing what will happen next, desperate to see the sequel and find out. 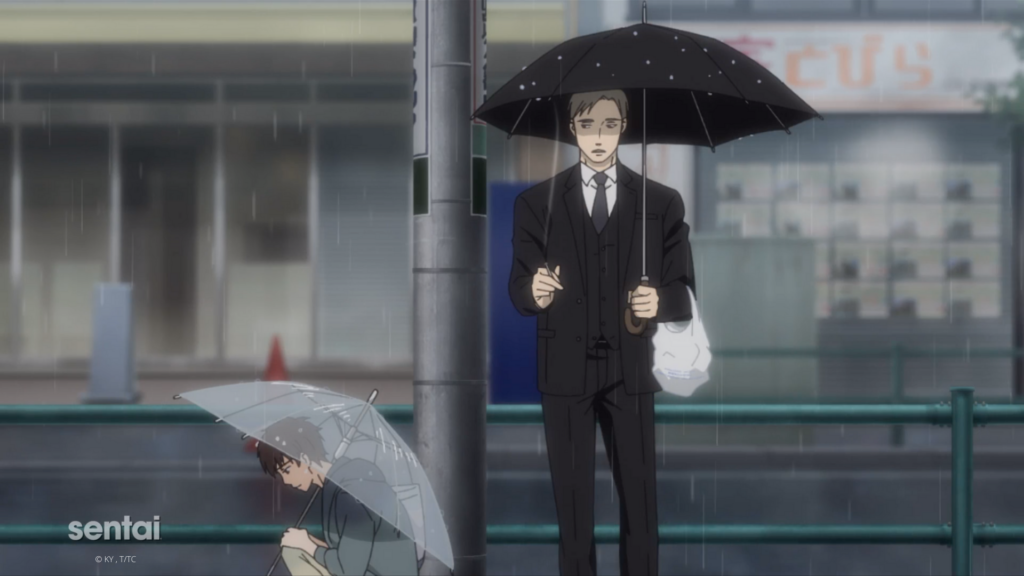 Yashiro is voiced by Tarusuke Shingaki (Raizel in Noblesse), bringing out many subtle nuances of expression in the young yakuza boss whose provocative, teasing smile hides – as we gradually discover – a deeply troubled past and an abusive childhood. Wataru Hatano (Gajeel in Fairy Tail) is a convincing Doumeki, stumblingly telling his boss that he thinks he’s ‘pretty’. If the voice actors seem very much at home in their roles, it’s because they are the cast from all the drama CDs of Kou Yoneda’s influential and best-selling manga on which Twittering Birds Never Fly – The Clouds Gather is based. Director Kaori Makita (Yuri!!! On Ice, Banana Fish) script writer Hiroshi Seko (Banana Fish, Mob Psycho 100 II) and the team at GRIZZLY have produced a powerful anime film version (the first of three for Blue Lynx) of the original manga that will please the mangaka’s fans as well as viewers who are coming to this for the first time. It’s very faithful to the original material and weaves the flashbacks into the narrative meaningfully and effectively. It’s also visually faithful to the mangaka’s distinctive art style (animation by GRIZZLY) not just in character designs but in the street scenes, often evoking the wonderful cover of Book 2, a rainswept pedestrian crossing at night, the wet surfaces glistening beneath the tawdry brightness of the city lights, distant figures hurrying to and fro beneath their umbrellas. It rains often in Twittering Birds, making the choice of titles for the first two films especially appropriate: the second is subtitled The Storm Breaks. 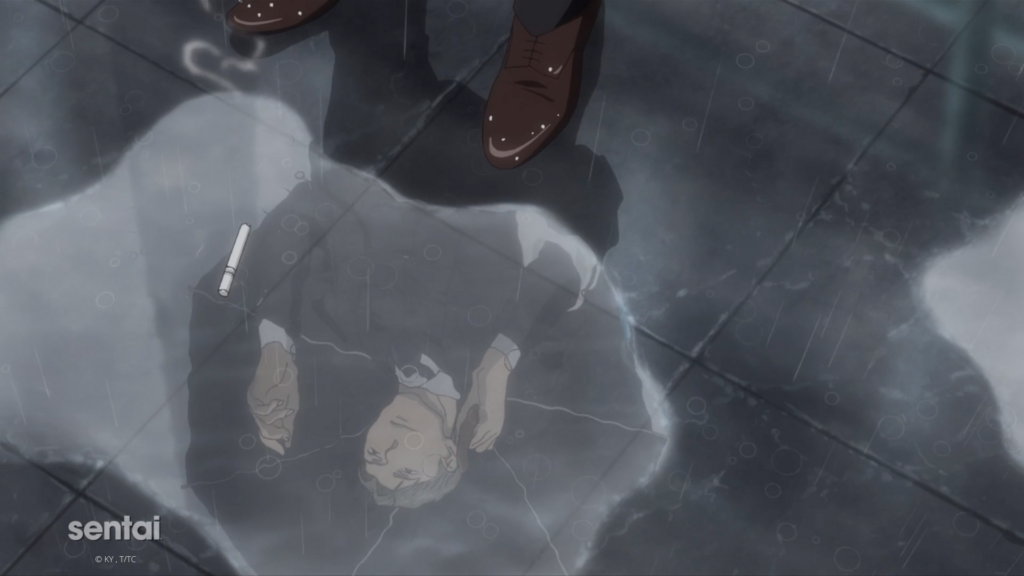 Trigger warnings are in order for this gritty and hard-hitting film which includes depictions of mm sex, child abuse and violence; the US Mature rating reflects this. If you’ve already read the manga, you’ll know what to expect – and that is the multi-layered narrative that Kou Yoneda has created and Kaori Makita and the team have done a remarkable job in recreating in animation, preserving the main beats of an ongoing story to make a satisfying whole.

There are places, however, where maybe the animation budget didn’t quite stretch far enough, with some strangely off-model faces and stilted movements. And because this happens more often than I’d expected, I was a little underwhelmed by some of the animation – even though the sterling work of the voice actors compensates for these moments.

The jazz-influences score is by H VETTRIO, a piano trio, and the main theme, a bitter-sweet jazz waltz which recurs in various arrangements, is very effective, sometimes moody, sometimes almost flippant in the choice of harmonies, like Yashiro himself. The ED is ‘Moratorium’ sung by Omoinotake and with its bird and birdcage imagery and subdued but atmospheric melody, is a good way to round off the film – it’s well worth listening to as the credits roll. 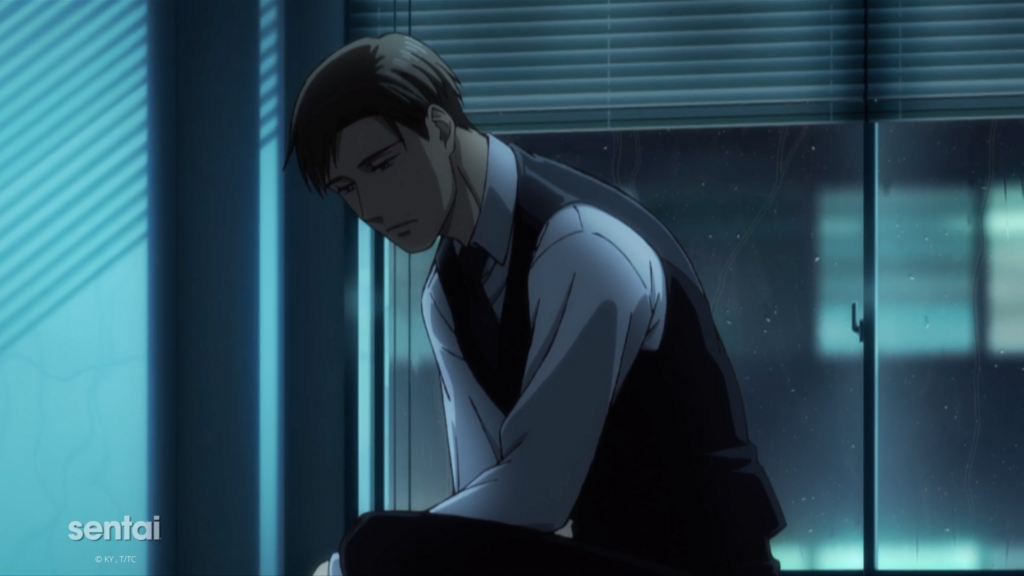 Yakuza and BL have long been a very popular combination with readers; with Kazuma Kodaka’s influential Kizuna (1992) being one of the first to be published in English by Be Beautiful at CPM, later June. At the moment, there are three BL mangaka who are creating critically acclaimed ongoing series set in the shady world of the yakuza: Kyugo with Acid Town (available in French from Taifu); Scarlet Beriko’s Jealousy (2016) (SuBLime) and the best known of them all, Twittering Birds Never Fly (2011, published sporadically by June/DMP). Why are yakuza-themed stories such a popular choice for BL mangaka? Why does gritty and grimdark hold such an appeal? Perhaps because the contrasts are so extreme; if the two main protagonists are outwardly powerful and brutal men, living in a male-dominated clan set-up, with complex hierarchies and codes of honour, how much more meaningful and deep a relationship seems to be when they develop feelings for one another. These are ‘real’ men, constantly living on the edge – there’s nothing fluffy about their lives or their personalities.

As for Kou Yoneda, she’s equally adept at writing a slice-of-life mm romance about salarymen, as in her (equally popular) No Touching at All (later a live action film) or Even So, I Will Love You Tenderly (June) in which her gift to create believable characters results in a touching and very readable couple of titles.

Blue Lynx (out of Fuji TV) are a very welcome addition to the sparsely populated world of BL anime and their other two full-length titles out so far in 2020 are completely different: Given (Natsuki Kizu) and L’Etranger de la Plage (Kanna Kii) – and some would argue, much less controversial! There’s also an OAD Don’t Stay Gold about Kageyama and Kuga, which is said to ship with the seventh volume of the manga in Japan. I really hope that Sentai will be able to bring all Blue Lynx’s films to Western audiences as it’s so encouraging to see this much-neglected area of manga receiving high-quality animation for a change. Why? All three titles chosen for animation so far are well-written, thought-provoking and convey this through distinctive art and characterization – something that often gets lost in the (also rare but less expensive) transfer to live action. But that’s a subject for another day…

Twittering Birds Never Fly: The Clouds Gather is a challenging watch and not for the faint-hearted. It’s dark, mature fare but rewards the viewer with a glimpse into the lives of two damaged individuals who might be able to find meaning in their lives through each other – if only the paths they’ve embarked on didn’t keep throwing so many obstacles in their way. Nevertheless, do bear in mind those trigger warnings.

Find out how to watch in our post here: Twittering Birds Never Fly: The Clouds Gather 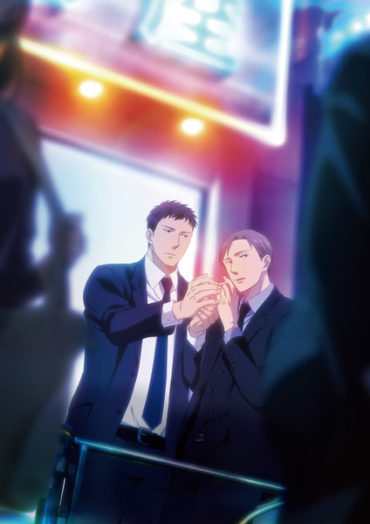