Last December, MVM announced plans to bring Satoshi Kon’s Paranoia Agent series back to the United Kingdom for the Blu-ray format. While fans were excited to see another one of Satoshi Kon’s works available in HD, there was one hurdle that could have caused a large problem for the distributor.

In 2006, the British Board of Film Classification demanded that at least 80 seconds to be removed for the show’s eighth episode ‘Happy Family Planning‘ (The explanation is presented at the bottom of this post, a content warning disclaimer however because the details mention suicide). Since then it had remained available but only on DVD cut, while the other territories were able to release the show uncut without an issue.

Fifteen years later, MVM Entertainment submitted an appeal to the ratings board to make the scene fully uncut, and today have confirmed on their social media platform that it has been approved. Therefore, their upcoming UK Blu-ray release will be allowed uncut for the first time in the United Kingdom.

And to celebrate, it's now back at #earlybird Deal price for 24 hours!

The BBFC website has yet to update its details for the show specifically, but will likely happen later similarly to Manga’s uncut release of Wicked City where its details were only revealed recently.

Paranoia Agent will be available on Blu-ray as a collector’s edition on 19th April 2021 with Japanese audio with English subtitles and Geneon’s English dub. 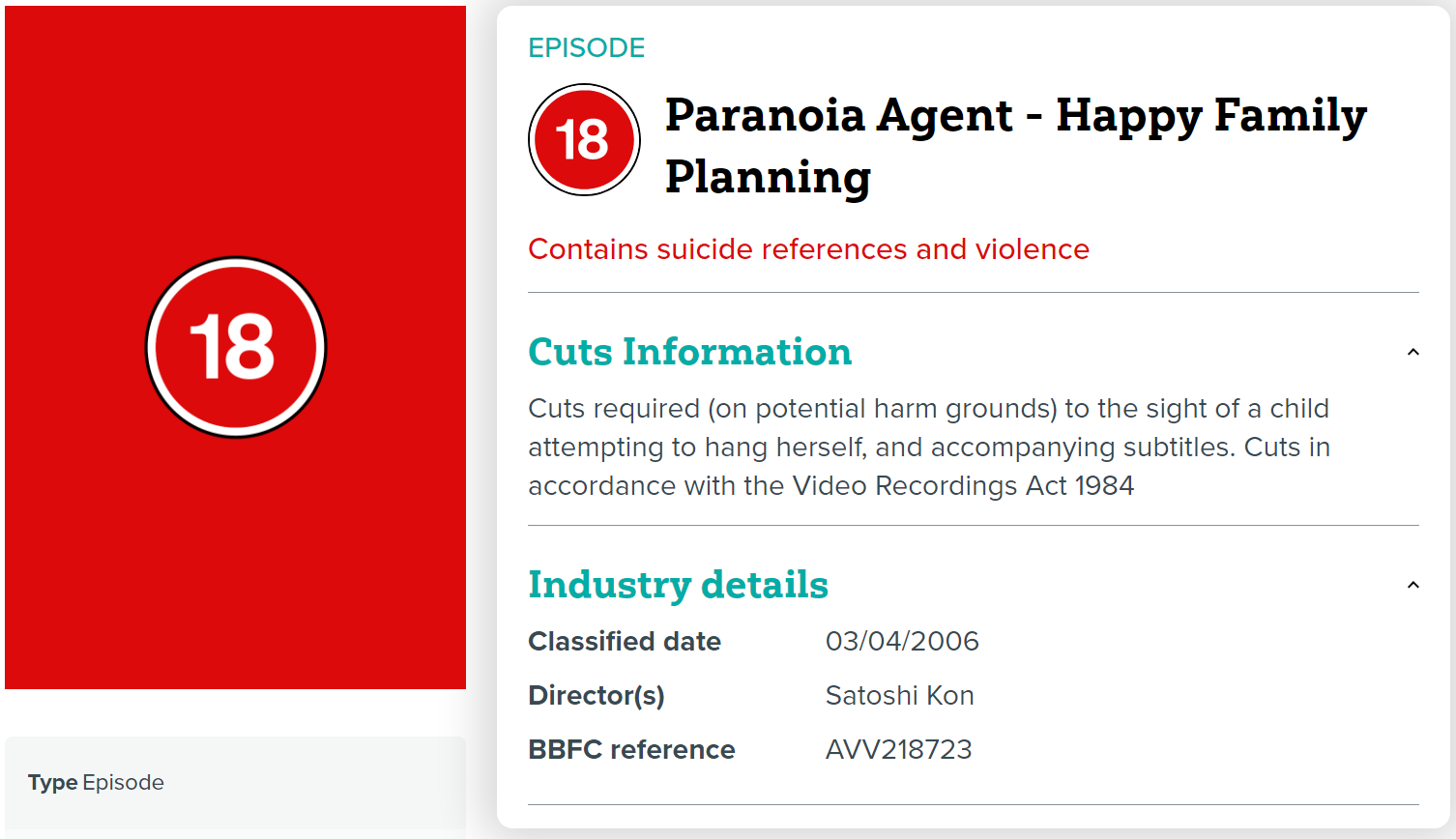 Their reasoning came from their stance that younger viewers might be influenced or harmed over an attempted suicide scene, which featured a young child bouncing up and down on the rope with two adult people. The scene concludes with the ropes breaking and the adults falling down a hill in the forest.

Michael Leader, a presenter for the podcast Ghibliotheque received a response from the BBFC about their reasoning in 2006 when the show was rated (which Anime News Network reported in August 2020):

“We believe that adults should be free to choose their own entertainment and where possible, we will always attempt to deal with a classification issue through the appropriate use of our classification categories. However, in occasional circumstances, a work may raise an issue that requires intervention and compulsory cuts may be required before we are able to award a classification.

In the case of Paranoia Agent, a compulsory cut was issued in 2006 in response to material relating to the issues of suicide in episode 8. Our classification guidelines state that portrayals of potentially dangerous behaviour, especially relating to suicide, self-harm and asphyxiation, which children and young people may potentially copy, will be cut if a higher classification is not appropriate, and so consequently in 2006, the BBFC considered the portrayal and treatment of the issue of suicide in Paranoia Agent to be potentially harmful, and issued a compulsory cut in accordance with out classification guidelines.” 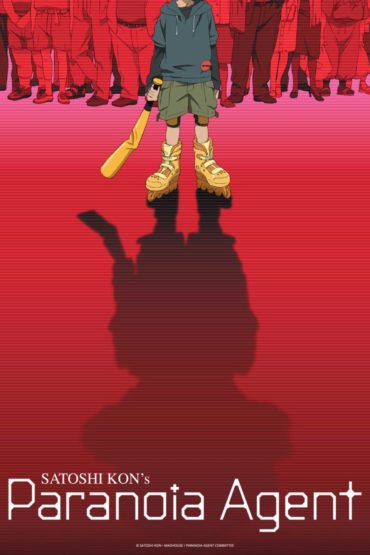 MVM Entertainment brings back the 2004 anime classic to the UK on the Blu-ray format.

Satoshi Kon’s Paranoia Agent is a fascinating rollercoaster of a psychological thriller that expertly ties its character-driven story together into the realms of insanity and the paranormal to the point that you begin to question your own sanity.