Streaming service Crunchyroll revealed more anime they will be streaming as part of the Summer 2021 season in July over the past few weeks. Three were revealed not long after our last write-up, but another three were revealed today! There are currently four more titles unannounced as of this write-up. 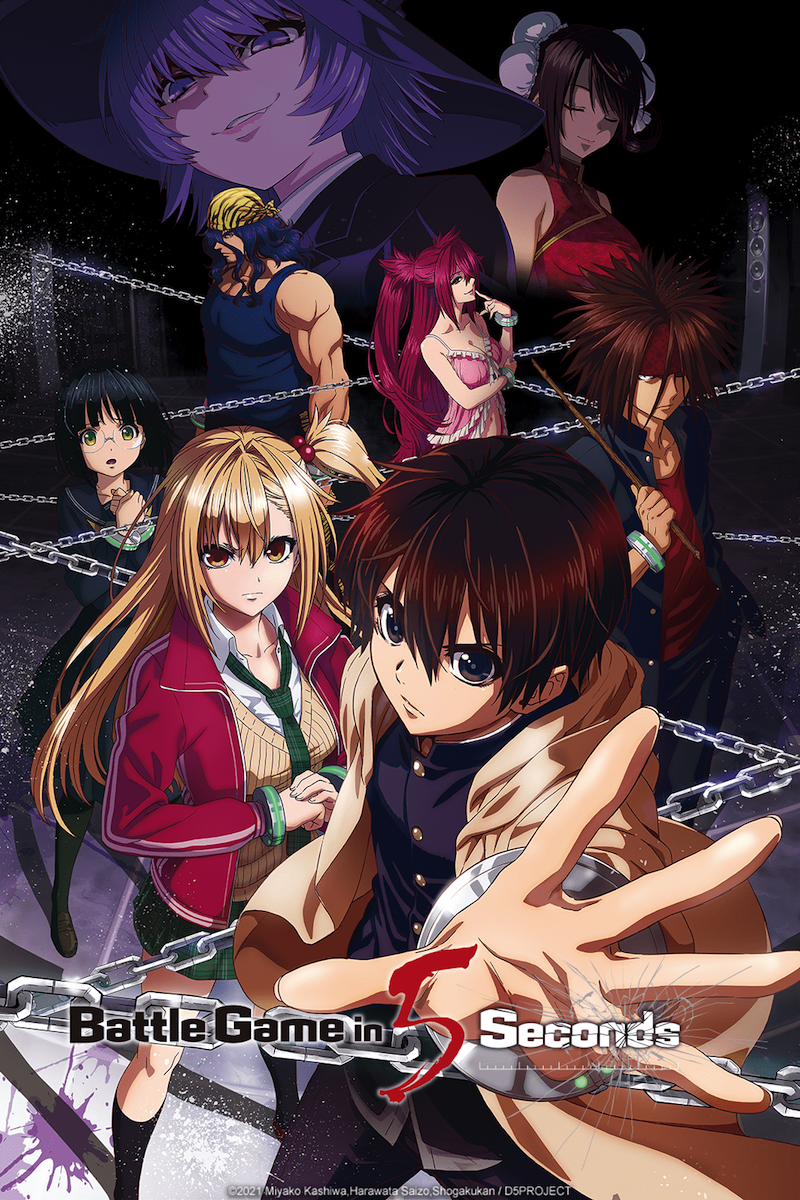 Based on manga series by Saizou Harawata, and adapted into an anime by studios SynergySP and Vega Entertainment.

“A new kind of battle of abilities for a new generation is about to begin! It all started on a regular morning like any other. Akira Shiroyanagi is a high school kid who loves nothing more than konpeito candy and games. One day, he ends up in a fight due to a mysterious girl named Mion. Mion then tells the people she had gathered that they no longer officially exist in any records. They were given powers and were about to be test subjects. Akira makes up his mind to use his powers to climb up the ranks and then crush this organization. Armed with unexpected abilities and unique powers, a battle using various abilities for the new generation is about to begin!!”
Plot Synopsis via Crunchyroll 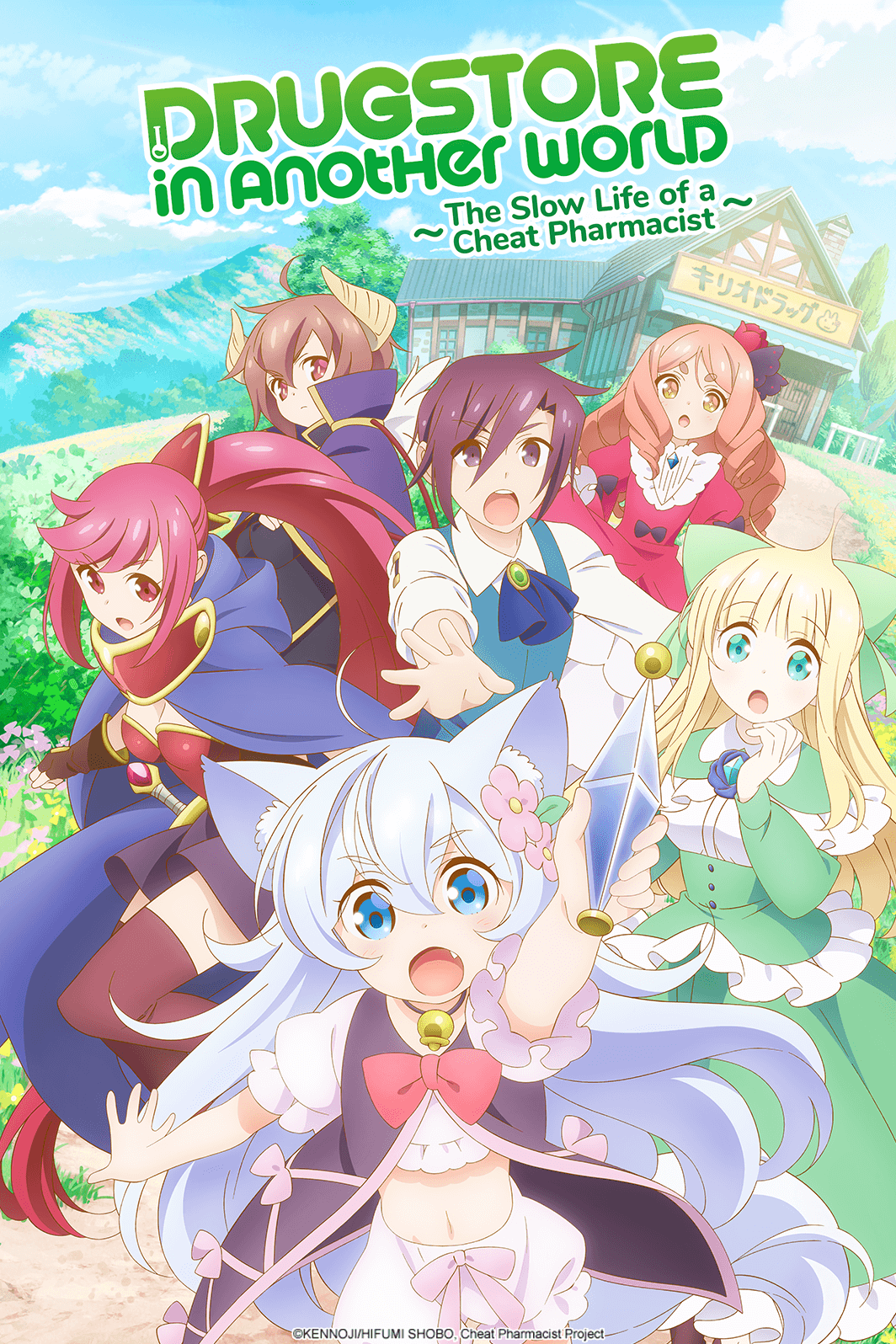 Drugstore in Another World: The Slow Life of a Cheat Pharmacist (Cheat Kusushi no Slow Life: Isekai ni Tsukurou Drugstore)

Based on light novel series by Kennoji, and adapted into an anime by studio EMT Squared. New episodes simulcast every Wednesday at 3:00pm BST.

“Reiji Kirio was a corporate wage slave, who did nothing but work all day, every day. On a typical day of walking to work with a hollow look on his face, he suddenly found himself in the forest of another world. “Oh, this must be one of those isekai reincarnations people keep talking about.” The two skills he has are “Appraise” and “Drug Discovery.” Those don’t sound too impressive… well, whatever. Except these turn out to be particularly overpowered skills! He’s able to produce the healing medicines that were sorely lacking in the world, one after another, leading to an overnight fortune. No one will ever force him to work like a slave again! He decides to adopt a deliberately slow life, and opens a drug store. And so, a story about following the slow life philosophy while running a drugstore in another world begins.”
Plot Synopsis via Crunchyroll 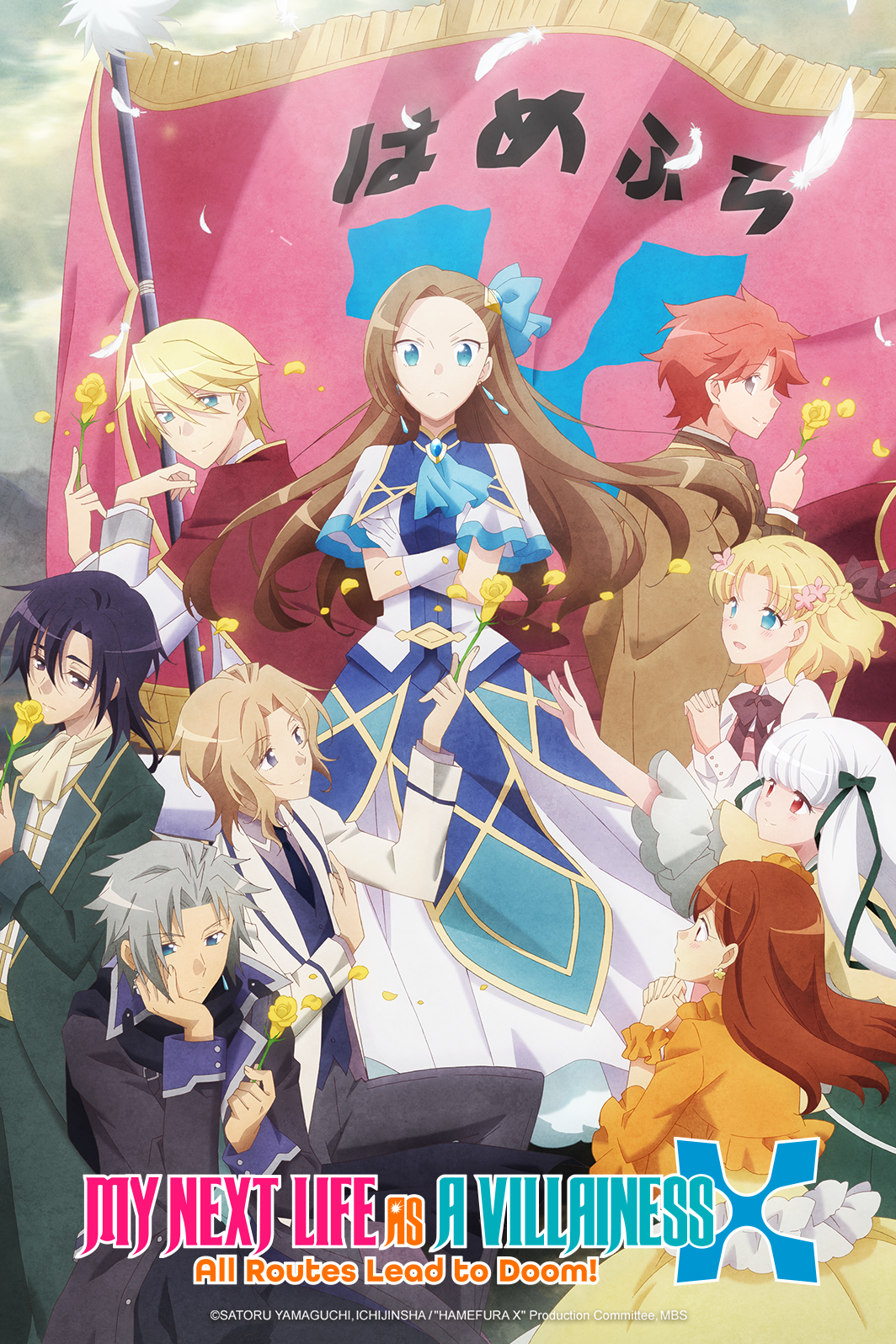 Based on light novel series by Satoru Yamaguchi, and adapted into an anime by studio SILVER LINK. New episodes simulcast every Friday at 7:15pm BST.

“Catarina Claes, the daughter of a duke, regains her memories from a previous life after hitting her head on a rock. The world she lives in now is the world of Fortune Lover, the otome game she was hooked on in her previous life, and she is now the villainess who interferes with the heroine’s love story! The happy ending prepared for Catarina in the game is being exiled from the country, and the bad ending, she gets killed… but she’s determined to avoid all destruction flags and claim a happy future for herself! And after she succeeds in avoiding those flags, a new crisis awaits?! The curtain rises once again on this flirtatious romantic comedy!”
Plot Synopsis via Crunchyroll 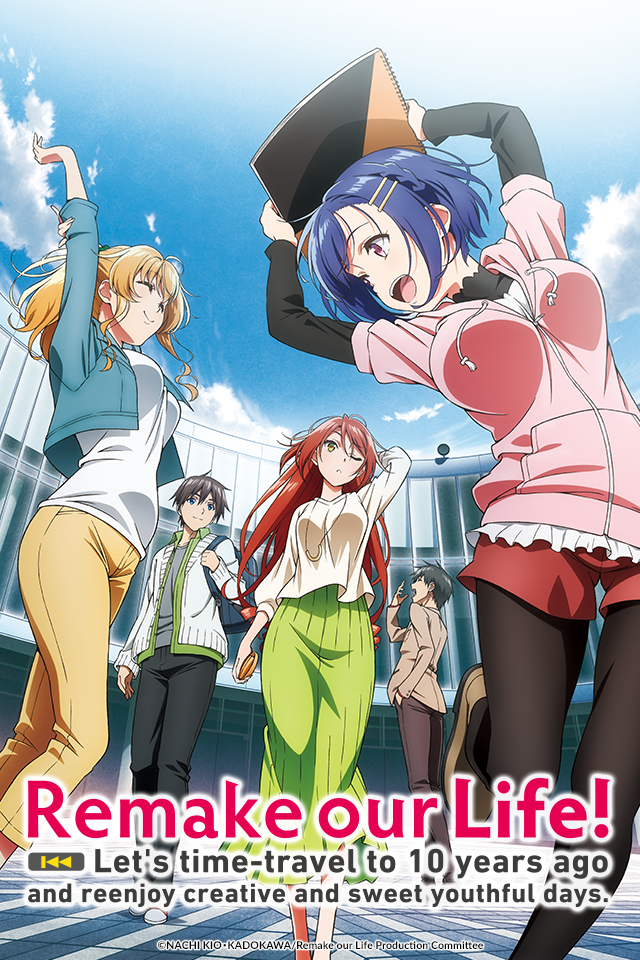 Remake our Life! (Bokutachi no Remake)

Based on light novel series by Nachi Kio, and adapted into an anime by studio feel. New episodes simulcast every Saturday at 3:30pm BST.

“Transported ten years into the past, one former game designer will make the most of remaking his creative life!”
Plot Synopsis via Crunchyroll 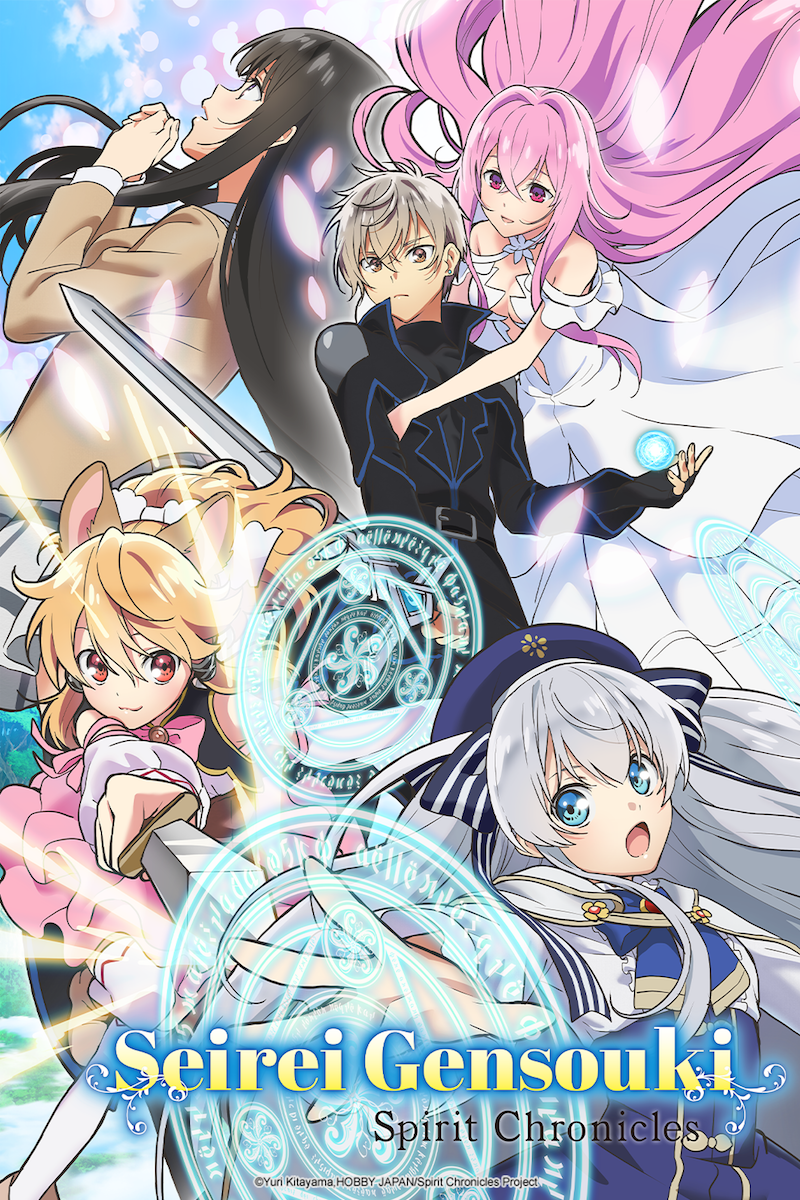 Based on light novel series by Yuri Kitayama, and adapted into an anime by studio TMS Entertainment. New episodes simulcast every Monday at 7:30pm BST.

“His past life and current life are intersecting–a boy with memories of two lives faces his destiny! After his mother was killed at an early age, the orphaned Rio fought his hardest to survive in the slums. One day, he awakens to the memories of Haruto Amakwa, who died in an accident while dreaming of being reunited with his childhood friend, and Rio realizing he has reincarnated in a world of swords and sorcery. Not only that, but after helping stop an attempt to kidnap a princess that he stumbled upon, he finds himself enrolled in a famous school where the children of the nobility gather… As Rio attempts to rise up from the bottom of a hierarchical society, he will have new counters and say many goodbyes, as he fights to overcome fate.”
Plot Synopsis via Crunchyroll 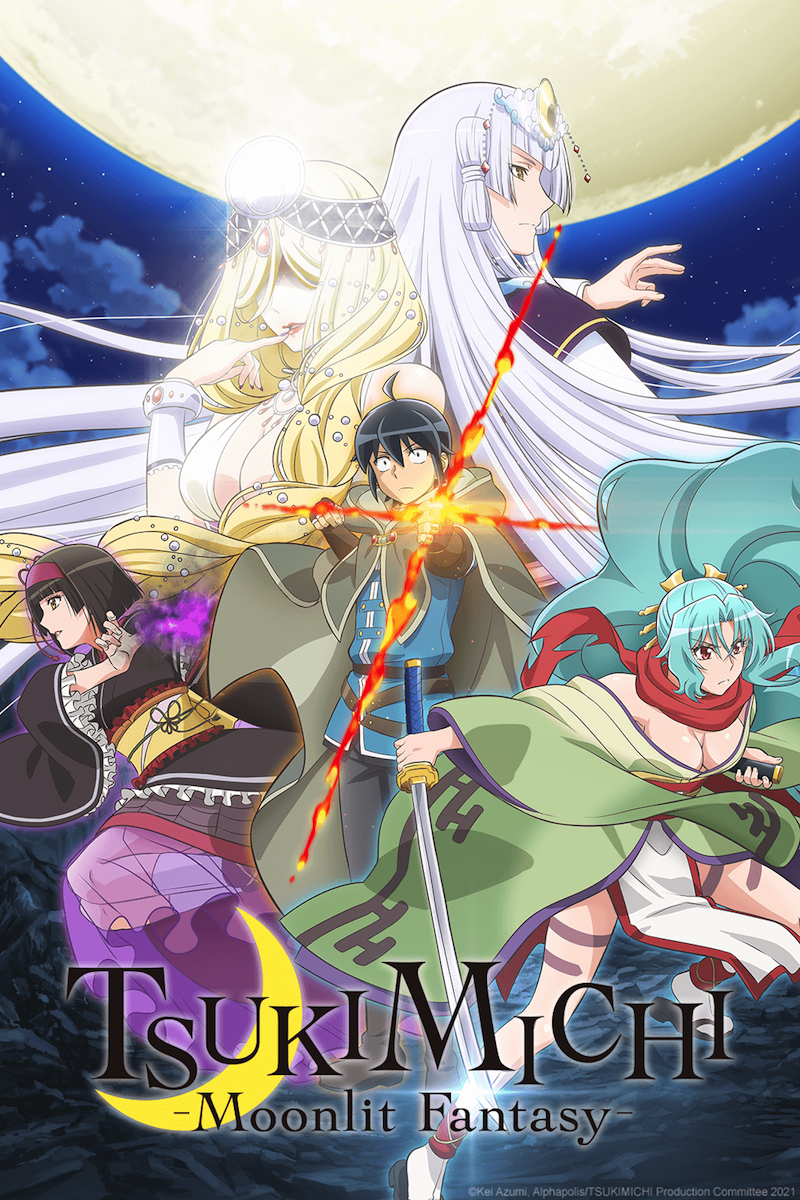 Based on light novel series by Kei Azumi, and adapted into an anime by studio C2C. New episodes simulcast every Wednesday at 4:00pm BST.

“Makoto Misumi was just an average teenager who happened to suddenly be summoned to another worled as a “hero.” But the goddess of this world called him ugly and took his hero status away from him then sent him to the ends of the world. In the wastelands, he meets dragons, spiders, orcs, dwaves and many other non-human races. Makoto manages to show promises in the use of magic and fighting, which he wouldn’t have been able to do in his former world. He has numerous encounters, but will he be able to survive this new world? A fantasy where a guy who had been abandoned by gods and humanity tries to reset his life in this new world is about to begin!”
Plot Synopsis via Crunchyroll 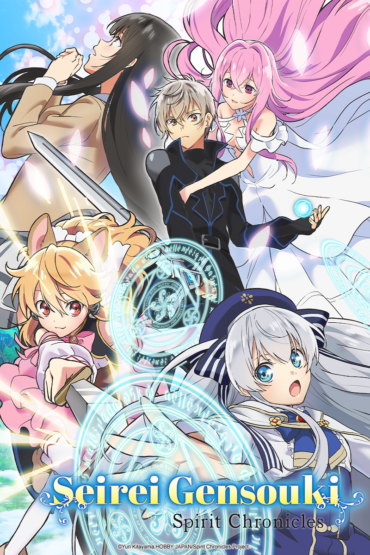