If you’ve looked at the long title for this anime and thought, ‘this must be based upon a light novel’ then you would be correct, but only halfway there. Lord El-Melloi II’s Case Files is a light novel spin-off from another light novel, which itself was a prequel to a video game. Which video game? Fate/Stay Night. Yes, we’re diving back into the Fate franchise again, despite it not having the ‘Fate’ name within the title. To make it clear to anime Fate fans, this series is a spin-off from Fate/Zero, and also takes place several months before Fate/Stay Night (Unlimited Blade Works, Heaven’s Feel, the whole thing). On top of all this, the anime also has cameos from other Fate properties including Apocrypha and Grand Order. However, in order to follow the show, you just need to know what happened in Fate/Zero and Fate/Stay Night. Saying that, Fate stories come with a lot of expectations, namely the Holy Grail War, the Servant and Master dynamics, and the fascinating magical world it all takes place in. Lord El-Melloi II’s Case Files is missing two of these major ingredients: namely the War itself and there’s no Servant/Master pairings here. Both are mentioned, however this series isn’t focused on that, which will likely turn off Fate fans who just want to see the cool fights and Servant reveals. But saying all that, is the series still worth discovering, despite the large hurdle of watching material needed to understand the background, or is it a mystery best left unsolved?

The Fourth Holy Grail War claimed many lives, but one of those was not Waver Velvet, a young man who stole the relic from his teacher in order to participate. He survived but not without battle scars of his own, including guilt for indirectly being responsible for Kyaneth El-Melloi Archibald’s death. When Waver is dragged back to the Clocktower by El-Melloi’s niece, Reines, he agrees to take responsibility, including taking on the family debt, restoring the family name, solving mysteries that affect the Mage community, and, somehow along the way, living up to the promise he made to Rider all those years ago. 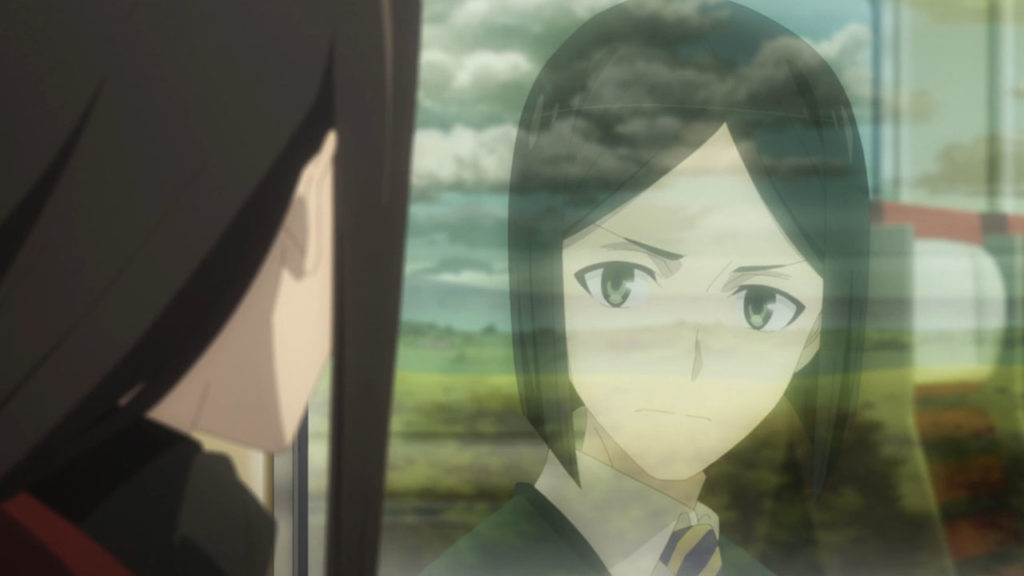 Detective fiction, a sub-genre of the mystery genre, has been around since the nineteenth century, with its most famous examples being Sherlock Holmes and Agatha Christie books. it almost always has a strict format with three questions that must be answered: what happened, who done it, and why did they do it. The most famous and beloved stories from this genre usually have the clues leading up to the answer to each question, so that when the audience finds out the solutions, they can think ‘of course!’ as it was all laid out from the beginning in plain sight. However this isn’t always the case. If the writer feels inclined to withhold information from the audience, or the story takes place in a world where it would be impossible to know all the answers (like a sci-fi or fantasy world) then the detective mystery becomes less about finding the clues, and more about the journey of how our protagonist discovers and faces off against the culprit. Whilst this format runs the risk of turning off audiences who like participating in the mystery, it can also allow for more sub-genres to tap into the detective genre without having to rely on the old tropes. This is where Lord El-Melloi II’s Case Files comes in. Waver (now known as El-Melloi II) plays the detective in this story, with Grey, his apprentice, playing the ‘Watson’ role in that she asks questions about the case and the world to help the audience follow what’s going on. However, because the world of Fate is so dense and complicated, it’s practically impossible to follow everything the characters are saying half the time. Unless you’ve digested everything about the Fate lore (not just anything animated) and have a really good memory, you’ll likely find yourself tuning out halfway through the exposition dumps when building up to the finales of each case. That’s not to say that it’s completely boring; Fate is a lot of things, but boring isn’t one of them. The world is so interesting; from the different families who specialise in different types of Magecraft, to the visually stunning and varied kinds of magic performed. The show is very upfront with how it’s impossible to try and prove someone’s alibi because a mage can simply control someone from afar, or plant magical traps in advance, etc. El-Melloi’s job is mostly focused on the ‘Why-dunnit’ portion of the story, with a character study thrown in for good measure.

But in my point of view, Lord El-Melloi II’s Case Files is not really a magical version of Sherlock Holmes; the show is closer to Type-Moon’s other property, The Garden of Sinners, and another London-based supernatural show, Black Butler. The former is also a supernatural mystery with half the pieces missing, but the real drive is the emotional journey of a heroine who’s finding her place in a dark, unforgiving world whilst carrying a lot of darkness within herself. The latter has a longer, ongoing murder mystery, but the day-to-day is solving smaller cases and comical antics of the characters who inhabit a larger, supernatural world. Lord El-Melloi II’s Case Files sits comfortably in the middle of both; there’s a large cast of characters that El-Melloi II either interacts with or fights against, with a measure of comedy thrown into the mix, and Waver’s emotional struggle between his desires to see Rider again and his duty to his role as Lord is interesting to watch unfold. The cast also contains a wide range of high-ranked mages and students that are brought into each mystery, and the characters borrowed from Grand Order and Apocrypha are actually in a whole new timeline, so to see them in new roles and how their lives turned out here will bring joy to any long-term Fate fan. The weakest link however lies with Grey, El-Melloi II’s apprentice. There are elements of her character (the cool scythe and the fact it’s alive, the ‘grim reaper’ inspired design, etc.) are interesting but personality-wise she’s outclassed by everyone else and her eventual backstory reveal is disappointing and dull (I sadly can’t really explain why for spoiler reasons). 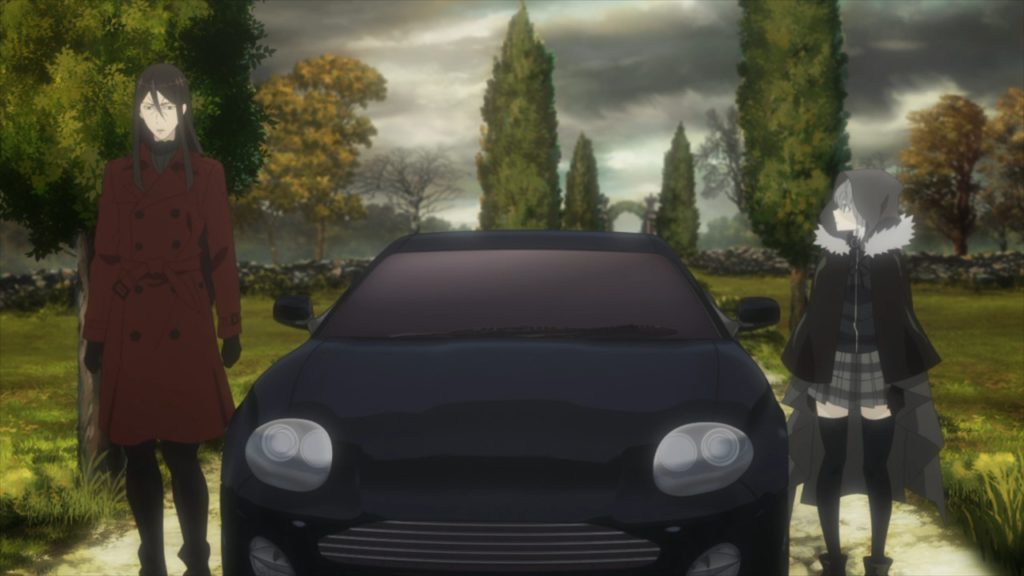 I didn’t look up the production company behind this series before playing the first batch of episodes, so was very surprised to discover that the studio was not ufotable, but in fact Troyca, best known for Aldnoah.Zero and Bloom into You. The series is beautifully animated, from the visually mesmerising opening to the magic-heavy battles that come to life on screen. I was also super impressed that, considering that the series had to use full scenes and character models from other Fate shows from Zero to Apocrypha – all of which were animated by different studios – and yet not only keep them recognisable from their respective series but also work within their own piece of work – is staggering. I can imagine that must have been a nightmare to organise, but Troyca did a splendid job. I also appreciate the amount of details that have gone into bringing London to life; not just the landmarks such as the Big Ben and House of Parliament, but also the little things like car license plates and adding double red lines to roads.

Yuki Kajiura provides the score here, and like the anime, she also incorporates themes and pieces from previous Fate works she composed before, but also keeps the show’s unique detective flair in there. The opening theme ‘starting the case; Rail Zeppelin’, for example, goes against the typical J-pop number and is fully instrumental composition; it swells with intrigue, mystery and tension, which is perfect for this type of show. She also composed the ending theme, ‘Hibari’ by ASCA; if you happen to be a fan of Yuki Kajuira’s former group Kalafina, I recommend checking out this song as it sounds very much like a Kalafina track.

The English dub has a lot of returning voice actors, including Lucien Dodge as Waver/El-Melloi who effortlessly does both younger and older male voices. However I am disappointed that the whole series is set in England, with a large cast of English characters, and yet the only one speaking with an English accent is a character from Finland… however this is a continuation from Fate/Zero where also none of the characters sounded like where they came from, so in a way at least it’s consistent with its own dubbing.

The Blu-ray collection contains all 13 episodes of the series, including ‘episode 0’ which aired in the Fate Project New Year’s TV special six months before the series began. There’s also textless opening and ending, PV collections and web previews.

Despite framing itself as a detective mystery, the series is not a good example of that, due to the lack of giving the audience the tools to figure out the mystery, combined with heavy dialogue scenes about the lore which will be aggravating for some. Lord El-Melloi II’s Case Files [Rail Zeppelin] Grace Note is best enjoyed if you’re a Fate fan, first and foremost, with a thirst to see more of the world outside of the Holy Grail War. 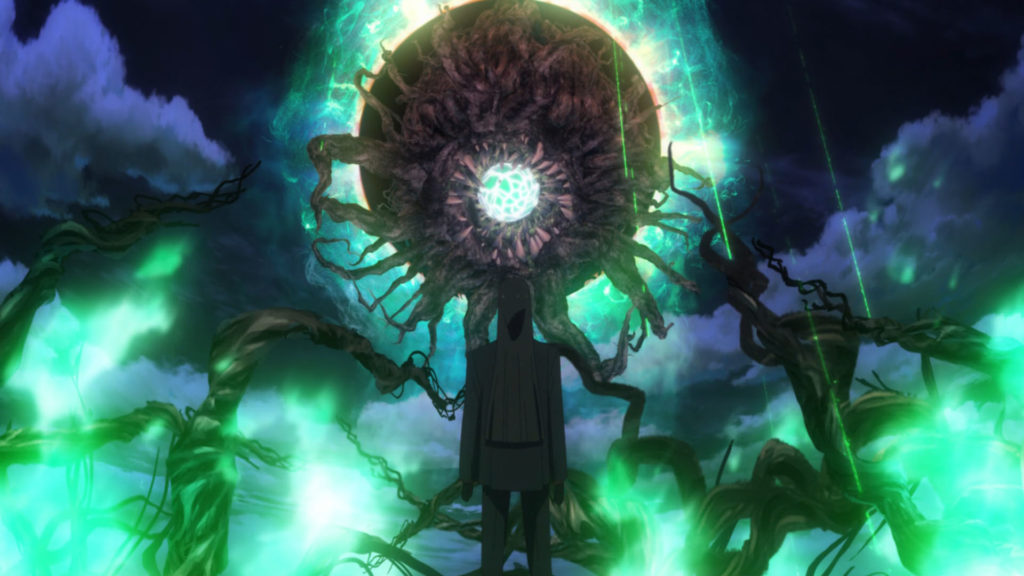 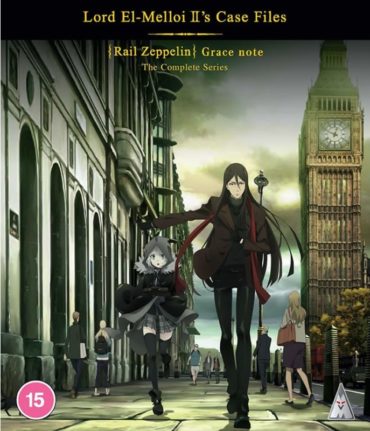 When a steampunk alternate reality Britain is split in half and political revolution lurks around the corner, who can you trust? The words of spies may be suspect, but can you trust us when we say Princess Principal is worth a watch? Read more to find out!