Anime Limited have announced on their official website the next batch of items that will be available for pre-order in the month of September 2021. These include two titles coming to home video in October, followed by a special music product scheduled for early next year. 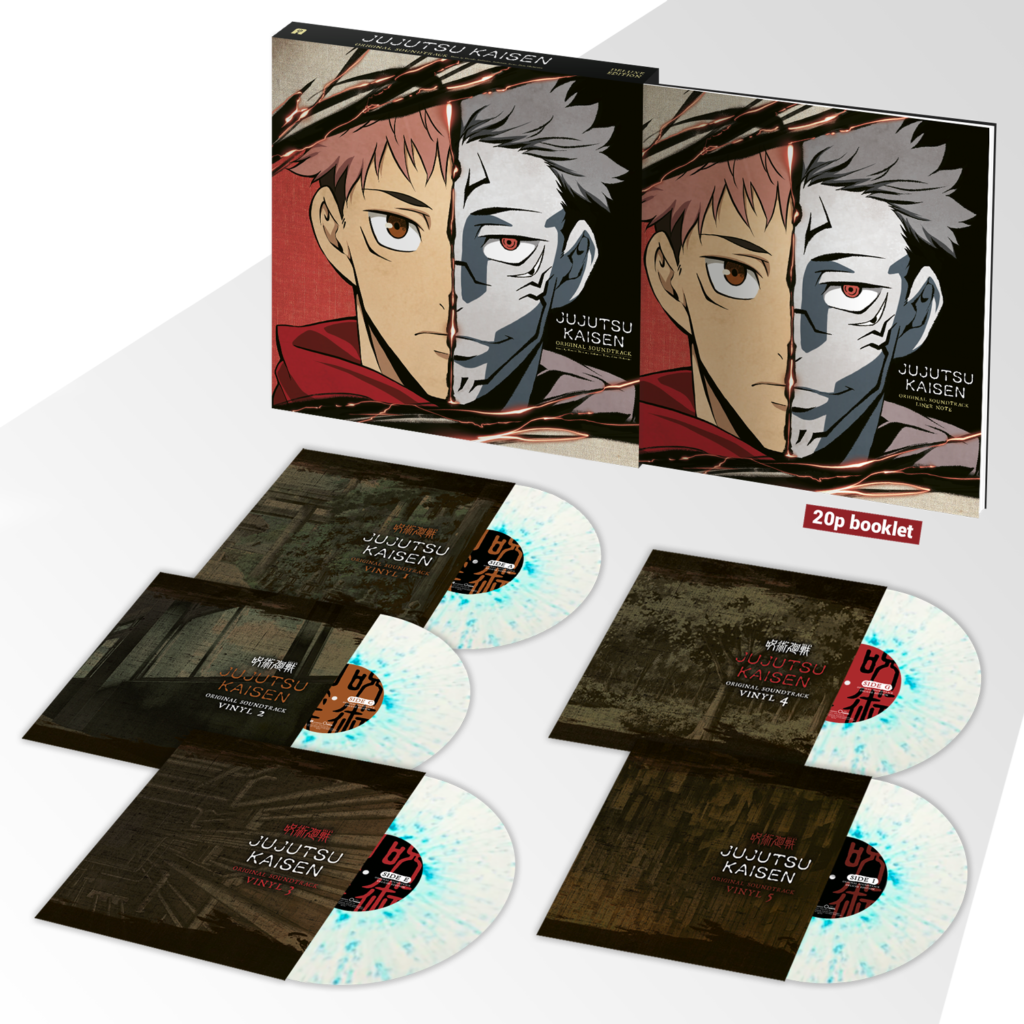 Available starting 3rd September at a £79.99 offer (£99.99 SRP) is the Jujutsu Kaisen Season 1 Original Soundtrack on Vinyl in a deluxe edition package.

The package includes 5 Vinyls covering the full soundtrack encased in a rigid box and also includes a 20-page booklet full of lyrics for the songs in Japanese and English translations, plus interview with the team behind the music production.

The official release date is 31st January 2022. A Zavvi variant will also be available to pre-order starting today at 6pm BST. 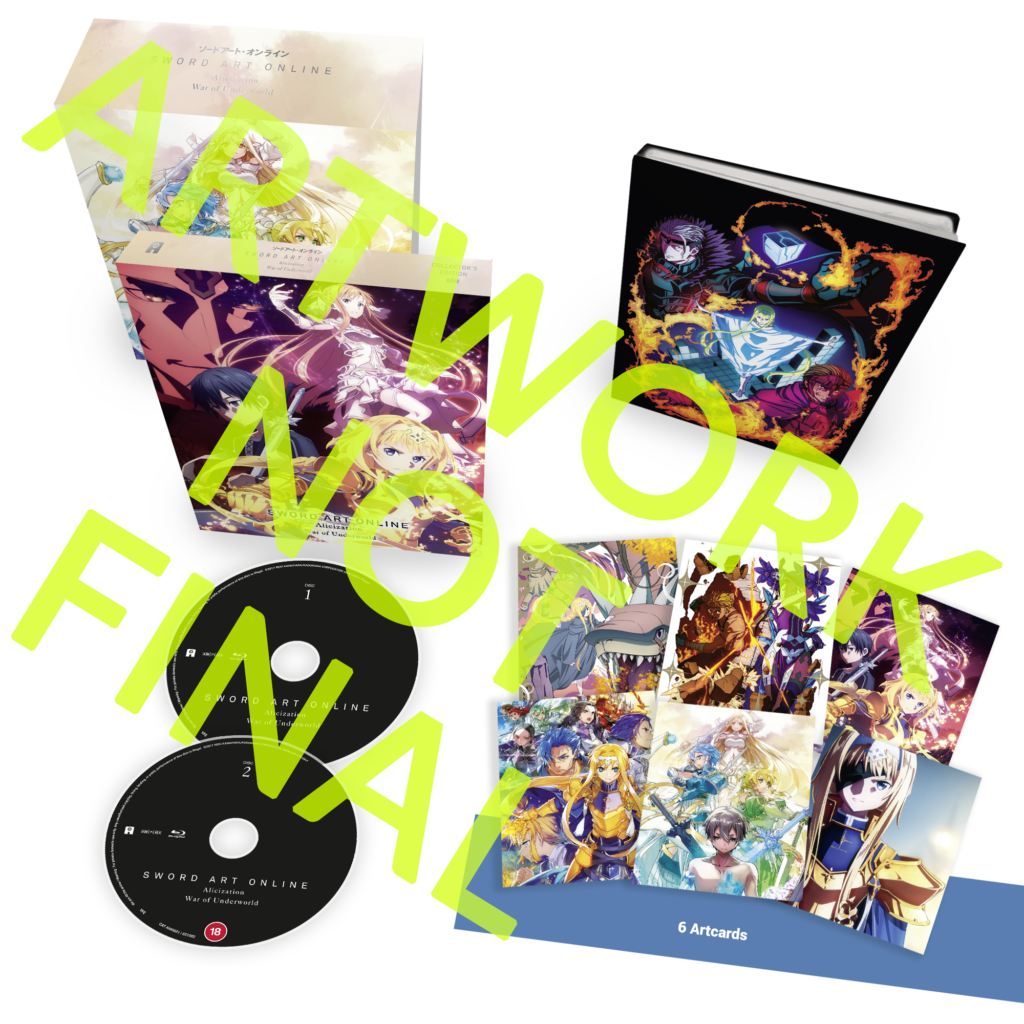 The set was previously mentioned in the mid-August blog update and has additional information revealed. The package includes a rigid box with digipack to house the discs, and an outer box to house both collector’s edition parts for this second half of the Alicization storyline. Also included in the set are 6 art cards. Part 1 of the discs feature episodes 1 to 12 plus the Episode 0 recap with English & Japanese audio with English subtitles.

As Kirito’s consciousness remains buried in a deep sleep, Gabriel, standing in as the Dark God Vecta, has recruited thousands of American players to log in to the Underworld to annihilate the Human Empire forces. In this great war, the stakes are not only the Underworld’s continued existence, but also the bottom-up artificial intelligence, the ultimate AI, and even the very future of mankind! Though he has yet to awaken, only one man holds the fate of this world: the Black Swordsman.”
Plot Synopsis via Anime Limited 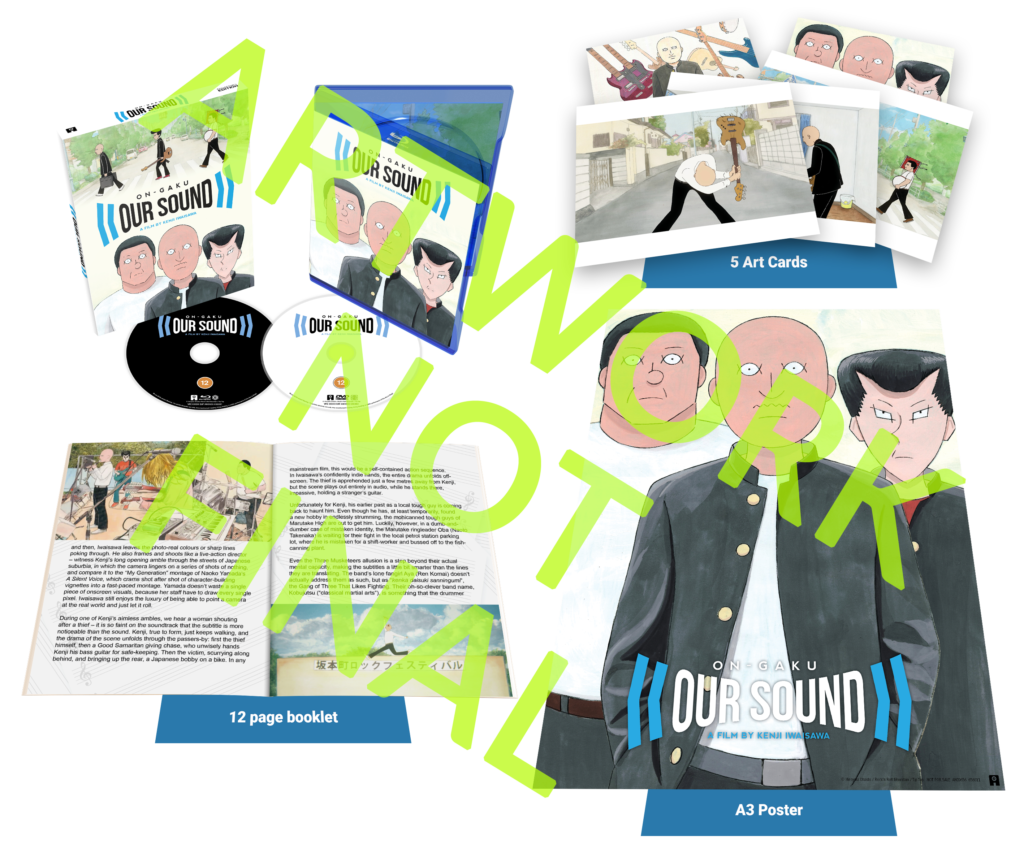 The package includes a rigid box with an Amaray to house the discs. Also included in the set are a 12-page booklet, A3 poster and 5 art cards. The film is presented in Japanese audio with English subtitles only.

“When you’re a bored teenager looking for thrills, sometimes the only thing you can turn to is rock ‘n roll. Having no skill, money, or even a full set of drums, a feared trio of high school delinquents nevertheless decide they are destined for musical glory in a quest to impress their only friend Aya, avoid a rival gang, and – most importantly – jam out.

Animated almost entirely by director Kenji Iwaisawa, and featuring a lead performance by Japanese alt-rock legend Shintaro Sakamoto, ON-GAKU: OUR SOUND brings its own sound and vision to the Hiroyuki Ohashi manga from which it was adapted. With pitch-perfect deadpan humor, the film presents a highly original take on the beloved slacker comedy: a lo-fi buddy film with a blaring musical finale that will leave you wanting an immediate encore.”
Plot Synopsis via Anime Limited

A standard edition Blu-ray for Mobile Suit Gundam F91 is also incoming but has yet to be scheduled.

In addition there will be an early bird pre-order offer starting 24th September for a title that has yet to be specified (either unannounced or one of the catalogue titles). 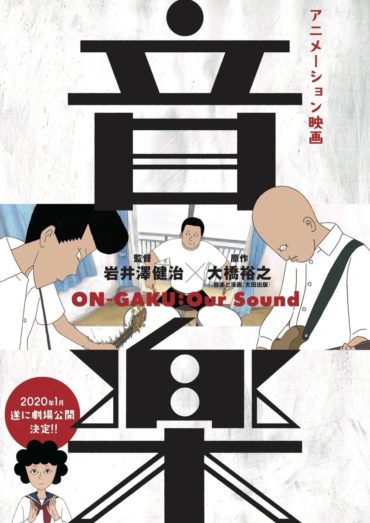