With the Summer sale wrapped up, UK distributor Anime Limited has revealed their latest news and information for their Autumn plans.

Before going over the latest early birds and products, the distributor has confirmed that more information for their upcoming UK Ultimate Edition Blu-ray release of Neon Genesis Evangelion will be detailed on Thursday 19th August at 5:00pm BST.

The timing of the UK release will also coincide with the announcements planned by US distributor GKIDS and Australian distributor Madman.

During the week of 2nd August, the distributor revealed four more products that will join their catalogue. 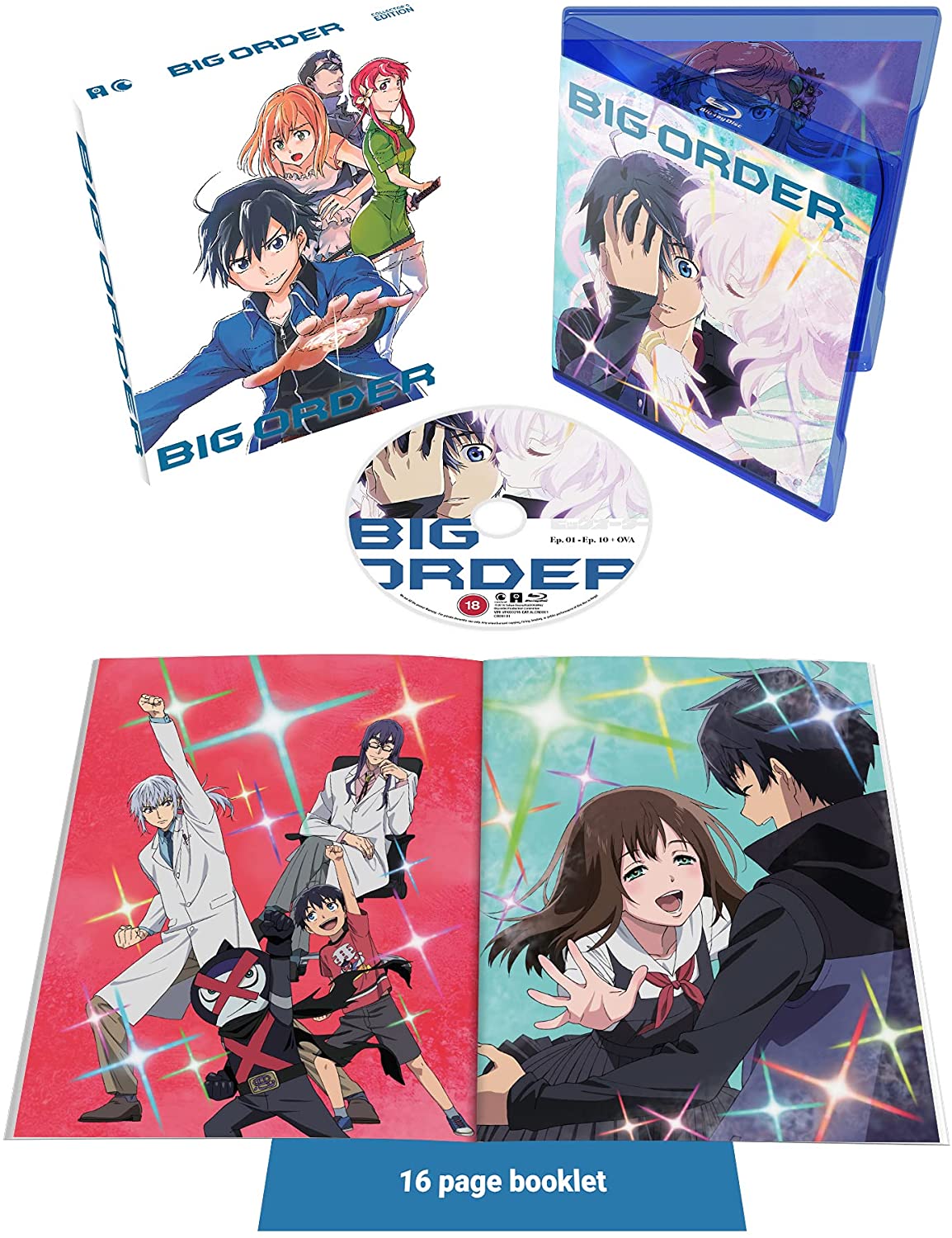 The surprise license of the Summer sale was the 2016 television series Big Order from studio Asread and based on the manga written by Sakae Esuno (The Future Diary). The anime is also one of Crunchyroll’s licenses.

The complete series will be available as a collector’s edition Blu-ray release, retailing for SRP £59.99. Currently scheduled for 30th August (though it wasn’t mentioned in the monthly blog update), it will come in a rigid box packaging with an Amaray case to house the single Blu-ray disc, and a 16-page booklet. The series will be available in Japanese audio with English subtitles.

The show’s OVA is also included which is infamous for its unique viewing experience that will catch you off guard. 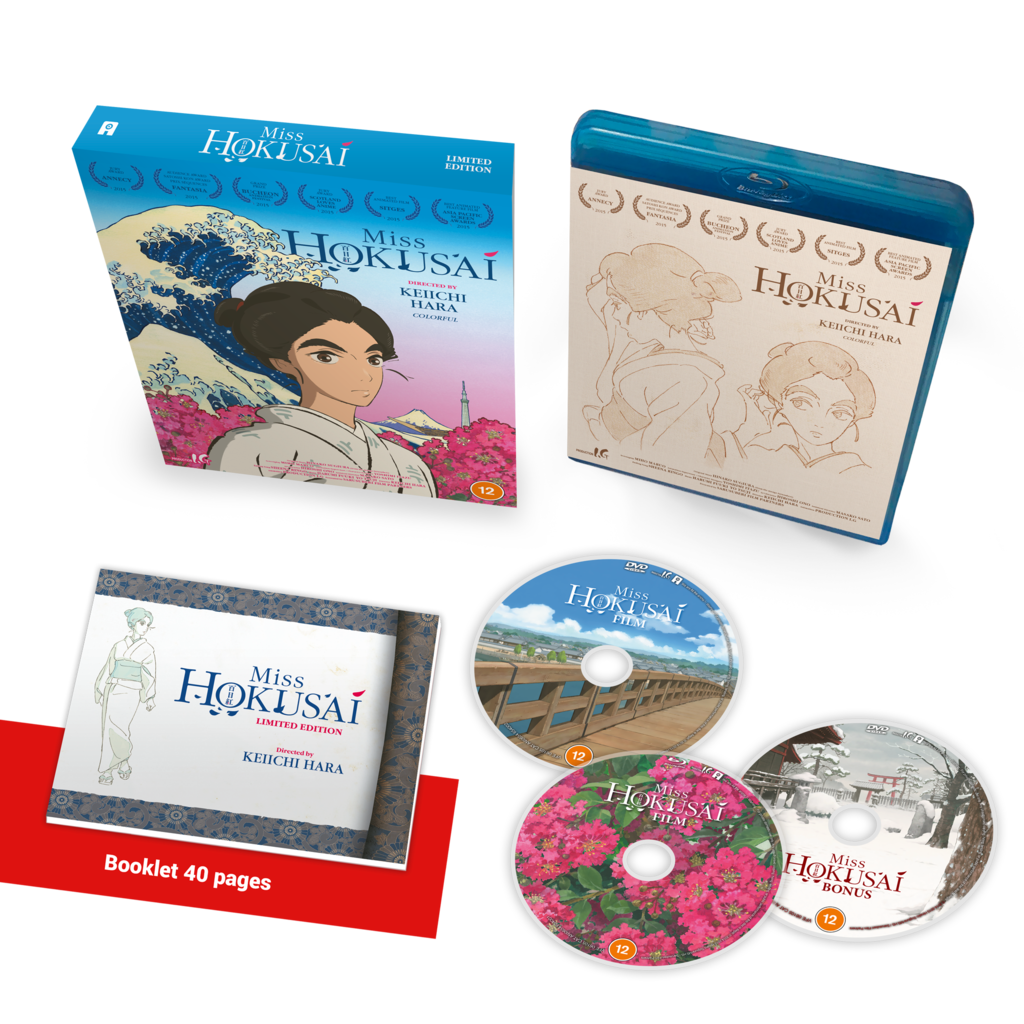 Licensed in 2015 followed by a Blu-ray release in 2016, Miss Hokusai returns with a re-release with the GKIDS English dub that never made it over prior.

The film will be available as a limited edition Blu-ray & DVD combo pack release, retailing for SRP £34.99. Scheduled for 13th September, it will come in a rigid box packaging with an Amaray case to house the discs, and a 40-page booklet. Also included is a bonus DVD disc from the Ultimate Edition release that comes with additional on-disc bonus content including a Making of featurette, an interview with Director Keichii Hara and a trailer. 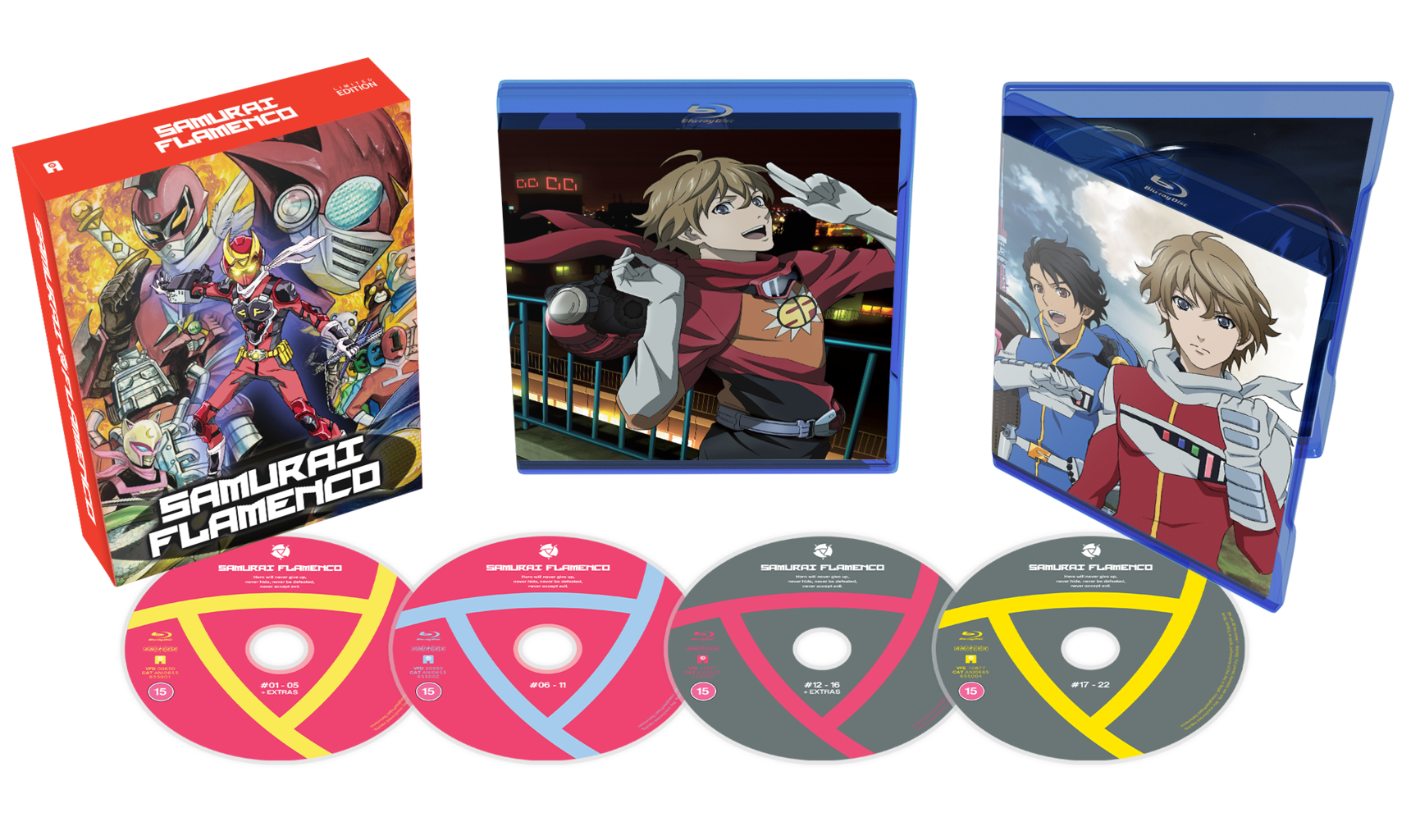 The complete series will be available as a limited edition Blu-ray release, retailing for SRP £59.99. Scheduled for 27th September, it will come in a rigid box packaging with two Amaray cases to house the four Blu-ray discs. Like the previous release, the series will only be available in Japanese & French audio with English & French subtitles. 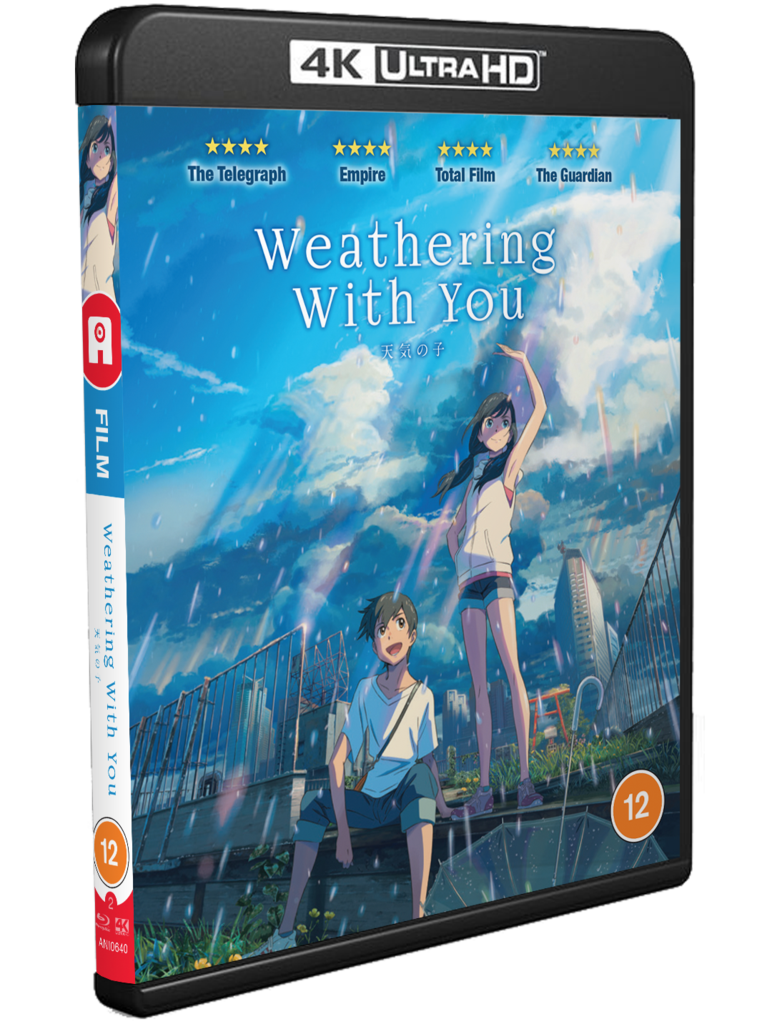 Licensed in 2019 followed by a 4K Ultra HD and Blu-ray release in 2020, Weathering With You will be getting another release but this time it’s a standard edition 4K Ultra HD & Blu-ray combo pack, retailing for SRP £34.99. The set is scheduled for 6th September 2021.

Two more products were announced during the monthly update, both of which will also have early birds planned in the coming weeks. 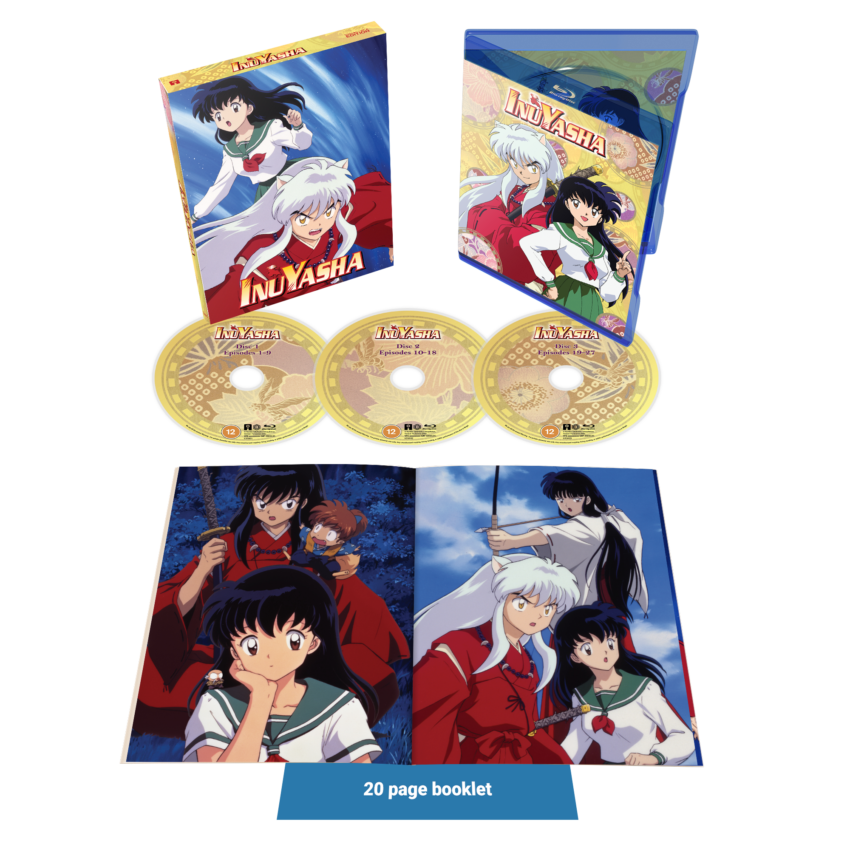 First we have InuYasha Season 1 returning to the UK on Blu-ray. The 2000 anime adaptation by studio Sunrise is based on Rumiko Takahashi’s manga of the same name.

Season 1 covers episodes 1-27 and will be available as a collector’s edition Blu-ray release, retailing for SRP £59.99. Scheduled for 27th September, it will come in a rigid box packaging with an Amaray case to house the discs, and a 20-page booklet. 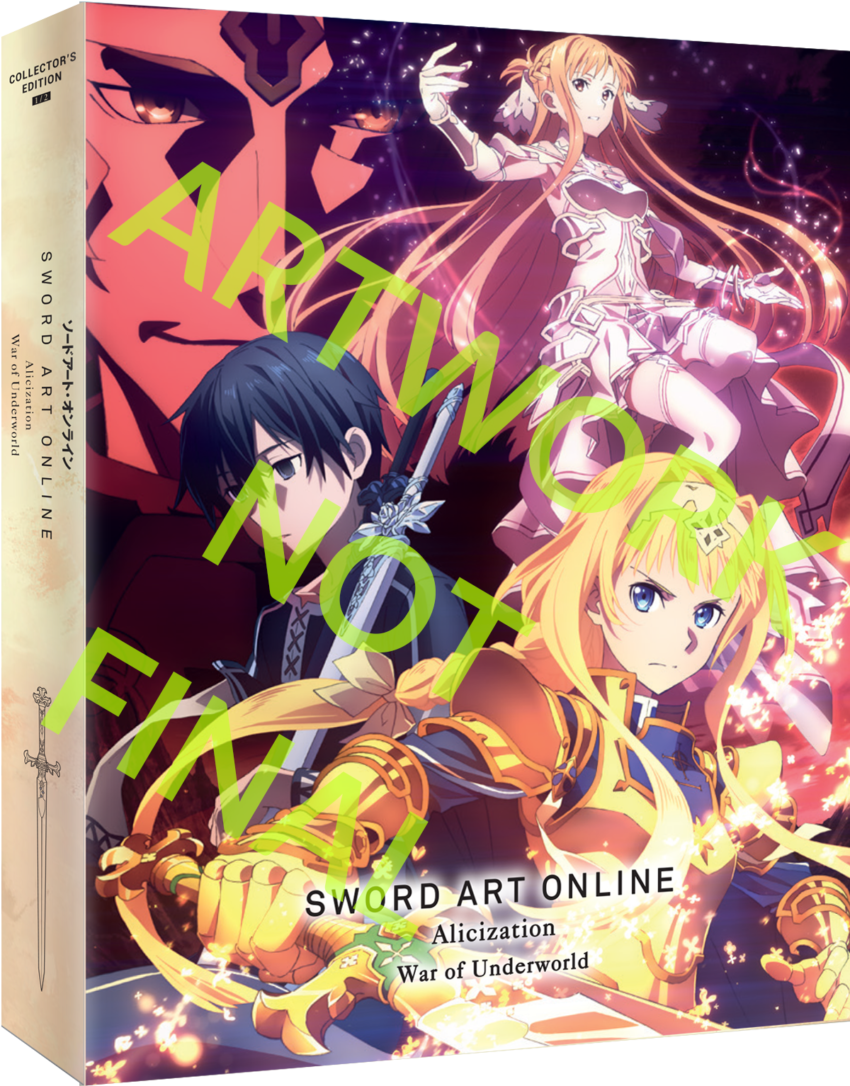 Then we have Sword Art Online Alicization -War of Underworld- on Blu-ray. This season covers the second half of the Alicization story arc from Reki Kawahara’s light novel series and was adapted in 2019 by studio A-1 Pictures.

Part 1 covers episodes 1-12 and will be available as a collector’s edition Blu-ray release, retailing for SRP £59.99. Scheduled for 11th October, it will come in a rigid box packaging with a digipack to house the discs, and 6 art cards.

Last but not least, the schedule has been updated due to pushbacks for specific titles so here’s the current dates for the already revealed titles:

And that covers all of the latest news from the distributor as of this moment. Stay tuned for the Evangelion news coming very soon! 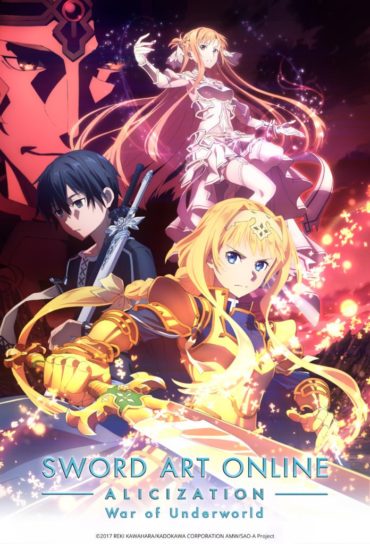