Volume 5 of Something’s Wrong With Us left readers with yet another cliffhanger of immense proportions, the kind that could change the lives of Nao and Tsubaki’s lives once more. So now with Volume 6 in hand, it’s time to find out how this plays out and if it’s a good move for the series.

In the last entry in the series, it was revealed that Nao might be pregnant, with her starting to show symptoms while attending an event with Tsubaki. Nao thinks nothing of it until someone asks if she has a baby on the way, which leads her to the realisation that her period is late.

Of course, Nao is worried that she might be pregnant and, if so, how this will affect her relationship with Tsubaki, but first, she needs to finish the sweets she’s creating for the Tanabata Festival. However, just as she finishes, disaster strikes and the sweets are destroyed overnight by Tsubaki’s scheming mother, but unlike the last time, this happened, Nao is now better equipped to deal with problems like this…

So not only does Volume 6 deal with the Tanabata Festival saga, but it also has Nao questioning her relationship with Tsubaki again. No matter how much she wants to get to the bottom of her mother’s supposed crime, Nao can’t help but fall more in love with Tsubaki the more time she spends with him. Now with a potential child in the mix, it’s getting increasingly difficult to separate herself from both Tsubaki and the life she’s leading.

Nao struggles with her emotions the most when Tsubaki muddles things even further and that’s true in this volume as well. For the first time, Tsubaki tells Nao that he loves her which throws her for a loop. Now our protagonist is left wondering if the best thing to do would be to forget all about her mother’s case and settle down into married life with Tsubaki.

For everything I’ve ever said about author Natsume Ando constantly throwing her characters into similar situations over and over, the idea that Nao could be pregnant is one I didn’t expect. It brings a refreshing change to the series and allows Nao to deal with something different. It’s also quite a fresh concept in general for a manga like this; a pregnancy wouldn’t normally come into play in this kind of storyline (especially not only six volumes in), so that also helps alleviate a lot of the concerns I’d had recently.

It hasn’t completely fixed my issues with the story though, since the drama surrounding the Tanabata Festival sweets is very similar to a storyline from earlier on. That’s partly the point, since it feeds into the way Nao deals with the fallout this time but, coupled with so much of the emotional drama retreading familiar territory in recent books, it does end up being the least interesting storyline of the two in this instalment.

At the very least, I am more invested in the future of the story now given how the second half of Volume 6 goes. It’s not flawless, but the author has done a lot to renew readers’ interests and I think that’s paid off successfully for Something’s Wrong With Us.

Volume 6 of the series comes to the West thanks to Kodansha Comics and continues to be translated by Sawa Matsueda Savage. The translation reads well and as always there are helpful translation notes at the back of the volume. There will be a bit of a break for the series now since Volume 7 isn’t scheduled for an English release until February 2022, but I’m sure the wait will be worth it!

Overall, Something’s Wrong With Us Volume 6 proves a revitalisation for the series with a new story direction and plenty of the emotional drama we know and love. Hopefully, this will prove a turning point for the manga, but that waits to be seen… 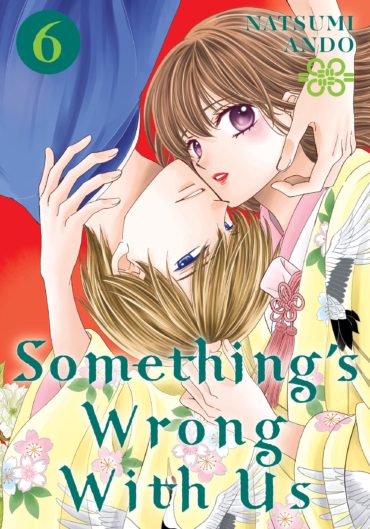 Title
Something's Wrong With Us Volume 6