“What if I enjoy myself while creating something and the thing I made gets rejected? I’m scared I wouldn’t be able to get back up…!”

As the date of the first university entrance examination (five hours, with an hour off for lunch!) draws closer, the pressure is beginning to tell on all the art students in Ooba-sensei’s prep class. Yatora Yaguchi finds himself doubting everything he ever believed about himself and his abilities. He’s also developed an itchy rash on his arms.

Maki Kuwana, another third-year in the prep school class, also has problems: her older sister got into Tokyo University of Art with honours on her first try and their parents are TUA alumni, so there’s pressure, mostly self-imposed, to succeed as well. Her friend has dropped out of the course because she’s  suffering from an eating disorder and has been hospitalized. Maki is feeling guilt about this as well as the weight of having to compete with her sister.

Luckily, Ooba-sensei is aware of the problems her students are experiencing. She might be a highly unconventional teacher but she knows them well and understands how to challenge them to do their best.

Yatora’s mother gives him a good luck charm – and then he’s off to sit the examination. But there’s no way he could anticipate what happens during the examination, let alone whether this unexpected incident will influence how he acquits himself – or may ruin his chances.

A whole volume of Blue Period devoted to preparing for – and then sitting – a university entrance examination? That summary doesn’t sound very exciting at all – but these chapters turn out to be an engrossing, nail-biting addition to the story of Yatora’s journey of self-discovery. In fact, one of the reasons Blue Period is so compulsively readable is the fact that mangaka Tsubasa Yamaguchi has some really pertinent things to communicate about creativity, whether it be art, music, drama, fiction…

The physical manifestation of Yatora’s stress resulting in the painfully itchy rash on his arms (eczema?) tells us so much about the amount of pressure that he’s experiencing. It’s impossible not to feel a twinge of sympathetic itchiness when seeing those images! And, let’s face it, we’ve all suffered from examination nerves at one time or another in our lives, so it’s difficult not to relate to Yatora’s jittery state of mind. Yet it’s the advice Ooba-sensei shares with her students that is the lasting takeaway from these chapters. If you’ve struggled with self-doubt, as Yatora does, then these pages will ring true – and you’ll be rooting to find his own answers to the challenges Ooba-sensei sets him. 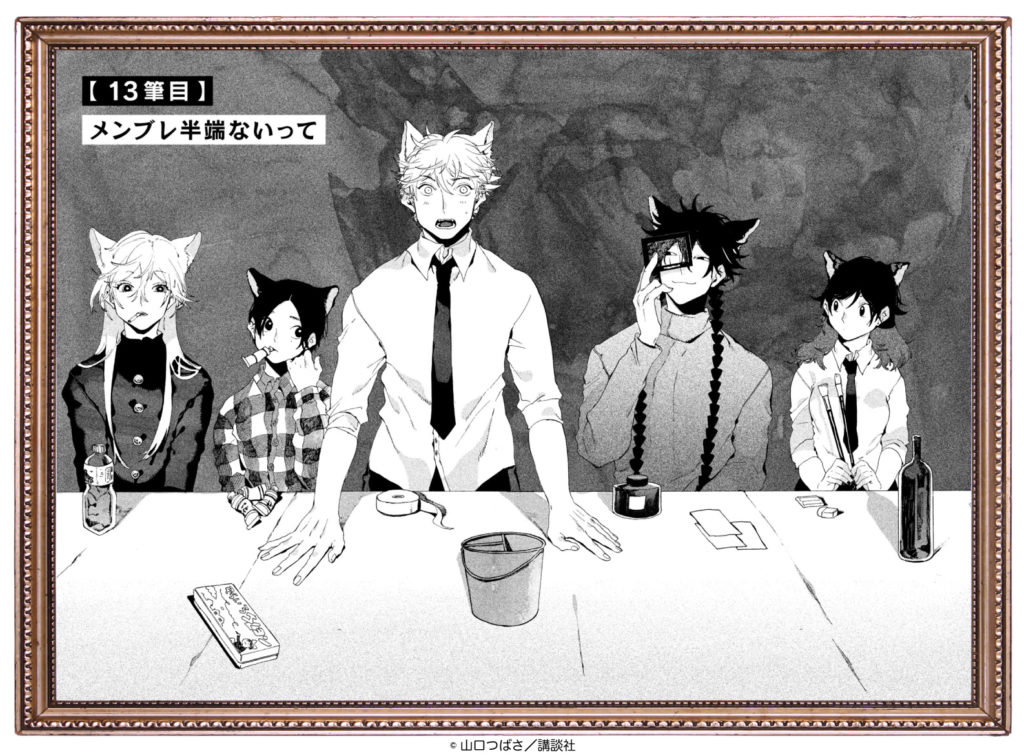 Most of the time, we’re seeing what happens from Yatora’s viewpoint but there’s a telling scene in which Yamaguchi takes us into Ooba-sensei’s home life and shows us the dedicated and inspiring teacher trying to sort her thoughts out about how best to help her current batch of students while her two sons bicker noisily over the game they’re playing together.

Another significant encounter is when Koi-chan (Yatora’s intimidating-looking friend) suggests meeting up over ramen. The news that he wants to share is not in the least what Yatora could have imagined! But the big guy has made a bold decision about his future, inspired by seeing Yatora go all out to achieve his own dreams. It’s an unexpectedly moving moment and Yatora is quite nonplussed by this confession. And Koi, seeing Yatora’s uncertainty, is perhaps the only one who can say to him, “Instead of using your conversation skills to hide your true feelings…use those skills to make weapons out of them.”

The translation for Kodansha is once more expertly handled by Ajani Oloye with a splendid range of lettering from Lys Blakeslee to match the varied demands of the action, such as the sound of an examination room full of students diligently at work on their submissions. 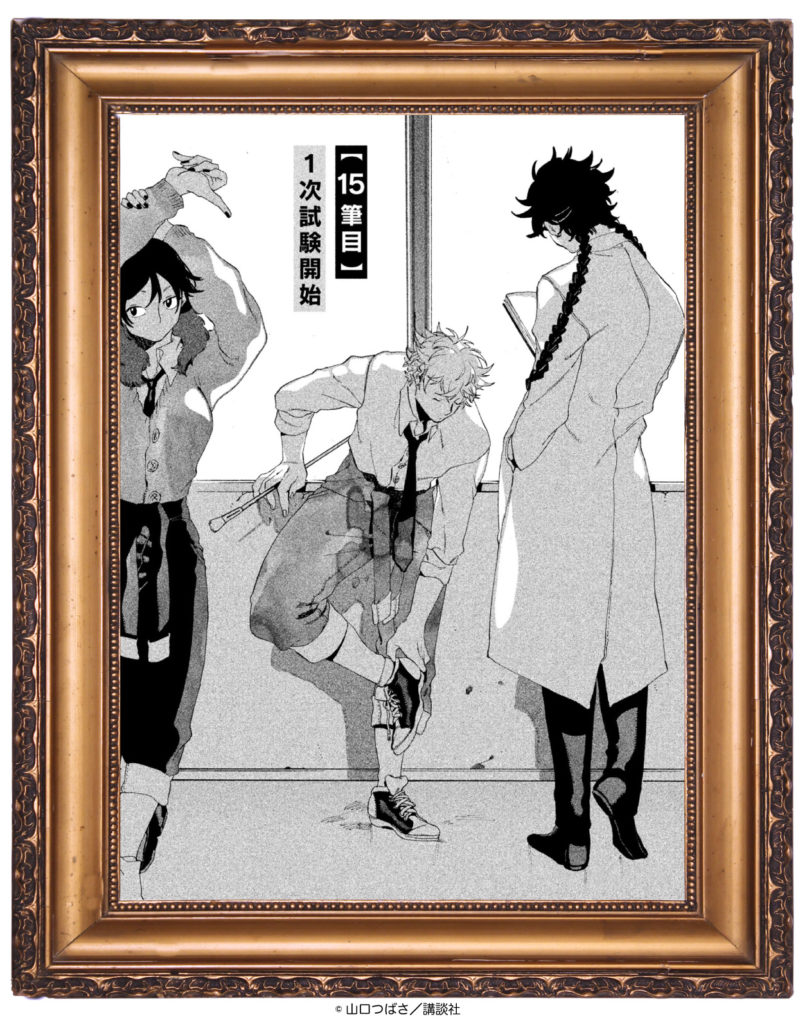 Sadly, Kodansha don’t give us any colour pages this time – a pity, as Yamaguchi’s colour work is so inspiring – so we have to be content with the striking cover art and the delightful little coloured panels on the rear cover. But the lack of colour is compensated with some stunning use of double-page spreads: Yamaguchi is more than able to use the means at their disposal to bring the tensions of the examination room to vivid life.

Only a couple of translation notes this time and a bonus of four 4-koma strips at the end to lighten the mood.

The tensions and self-doubts plaguing Yatora and his fellow students in the lead-up to their first examination are nail-bitingly portrayed. But a whole volume dedicated to one single examination? Happily, there’s humour and empathy as well, making this fourth volume of Blue Period an unexpectedly rewarding and inspiring read. 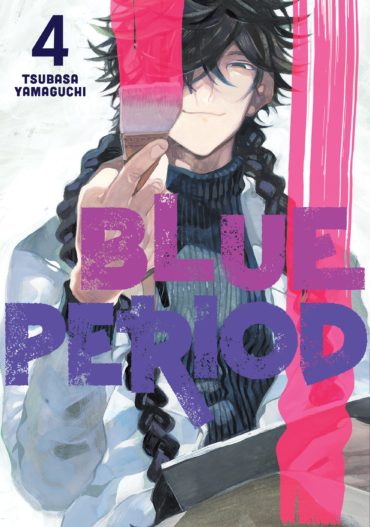