In My Girlfriend is Shobitch we get a rather understated take on the ecchi romantic comedy, as it takes a lot of your typical schoolboy humour and dirty jokes and tries to use them to underpin the developing relationship between the two main characters. 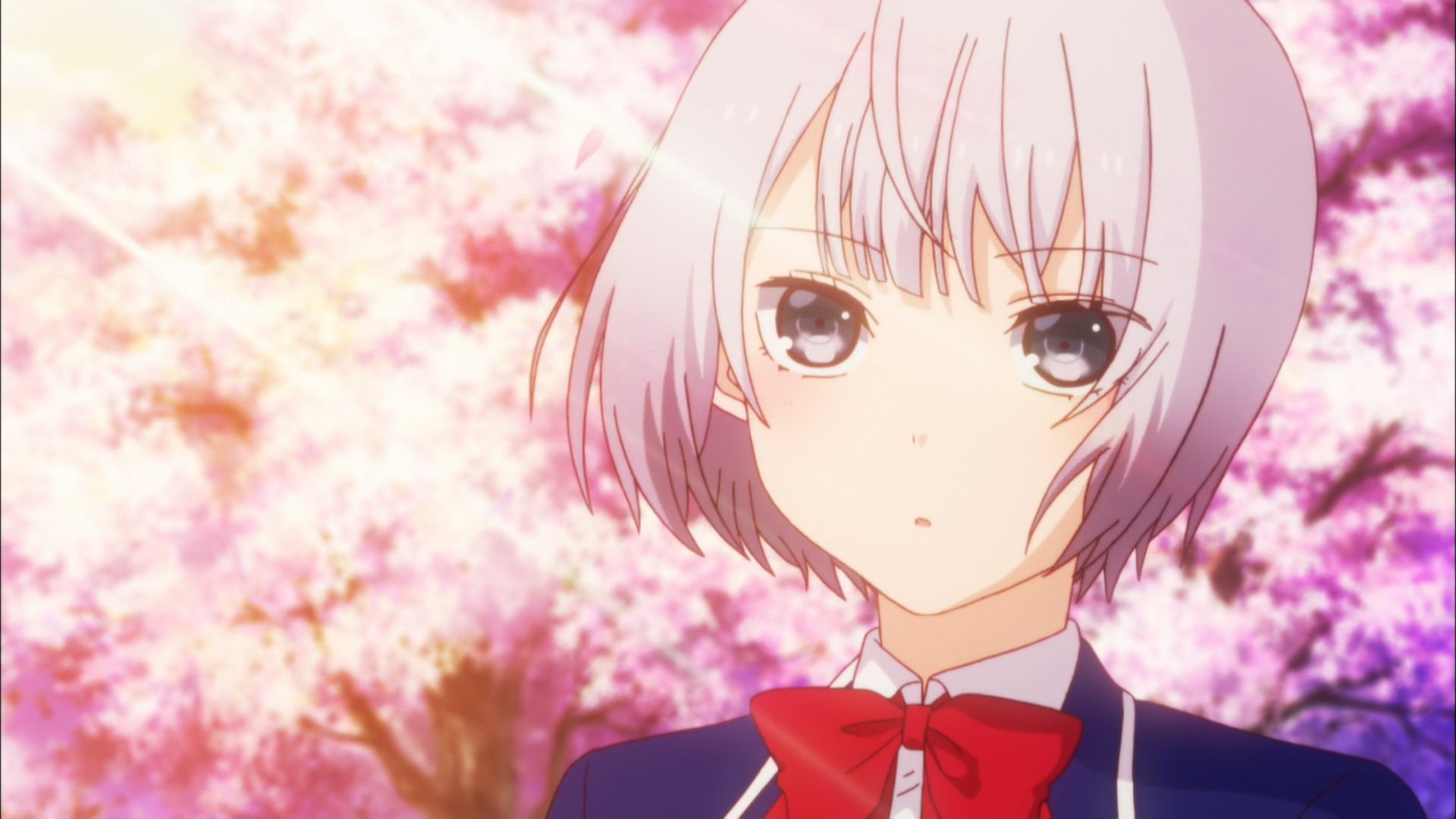 The show opens by introducing us to Haruka Shinozaki, a friendly but shy second-year high schooler who is in love with his classmate, Akiho Kosaka. While he manages to successfully ask her out, it turns out that Haruka’s initial impression of his new girlfriend doesn’t match with her actual personality, as she over-sexualises everything, filling his life with dirty jokes and innuendo. The story focuses on their developing relationship and the interactions between them and their friends and family, who are also into Haruka and bombard him with suggestive behaviour to either seduce or embarrass him. 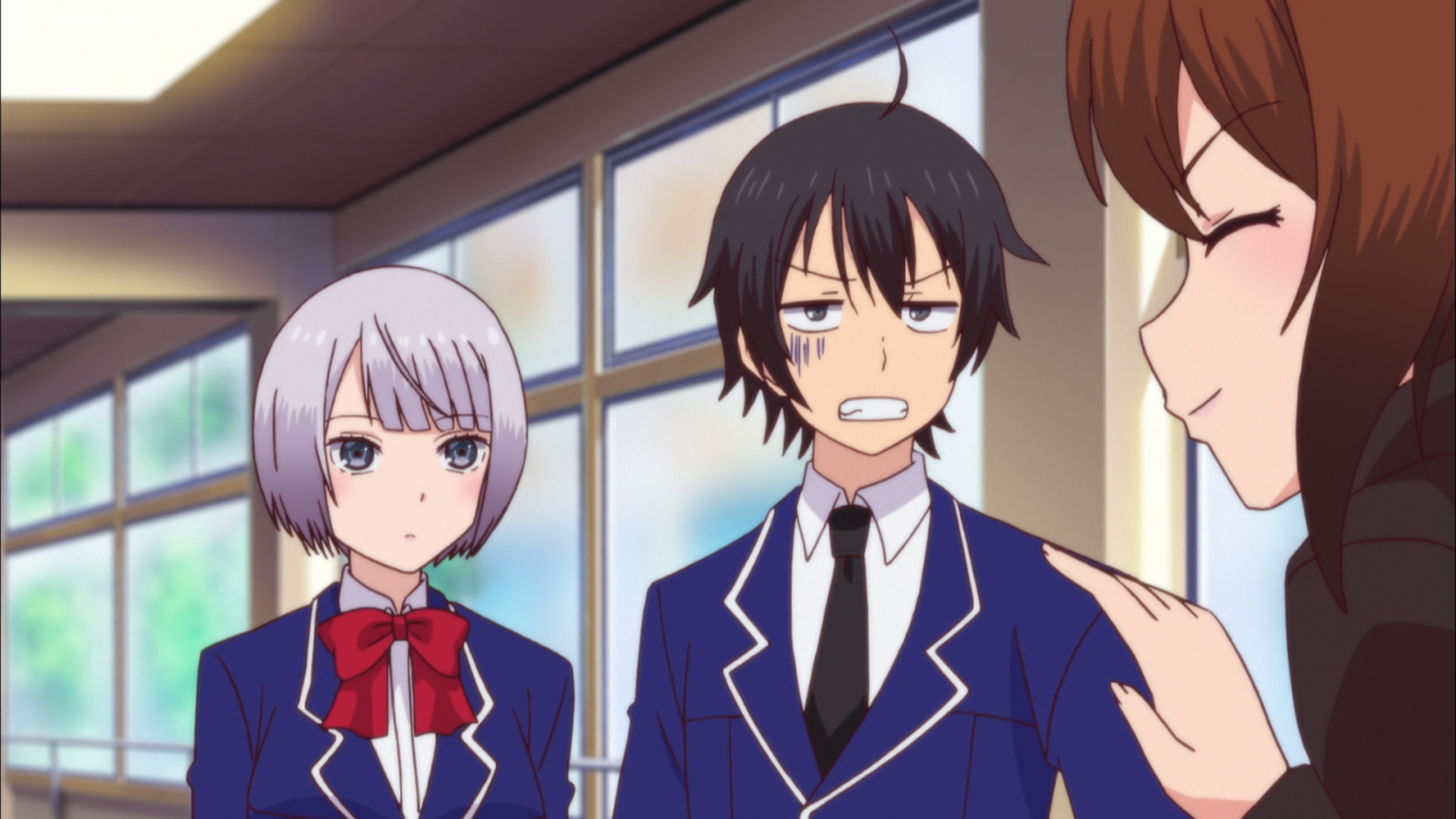 While the sexual comedy is the crux of the show, I found that for the most part it unfortunately ends up falling flat, as the fundamental relationship between its two main characters is far too sweet and innocent for it to really work properly. While both Akiho and Haruka are sexually interested in each other, they are far too embarrassed and inexperienced to take those feelings anywhere, so quite often the series feels a lot tamer than its title suggests. The two of them go on dates, visit each other’s houses, and generally seem to get on well together as a cute couple, and without the dirty jokes would make for a fairly average and by-the-numbers rom-com, as there’s nothing really else to the overall story outside of this.

Yet when you add in the sexual humour to this kind of relationship, it just comes off as awkward and cringeworthy rather than actually being funny. While I did have the odd chuckle here and there, a lot of it is played too straight and there’s not enough slapstick back-and-forth interaction for it to really have an impact. 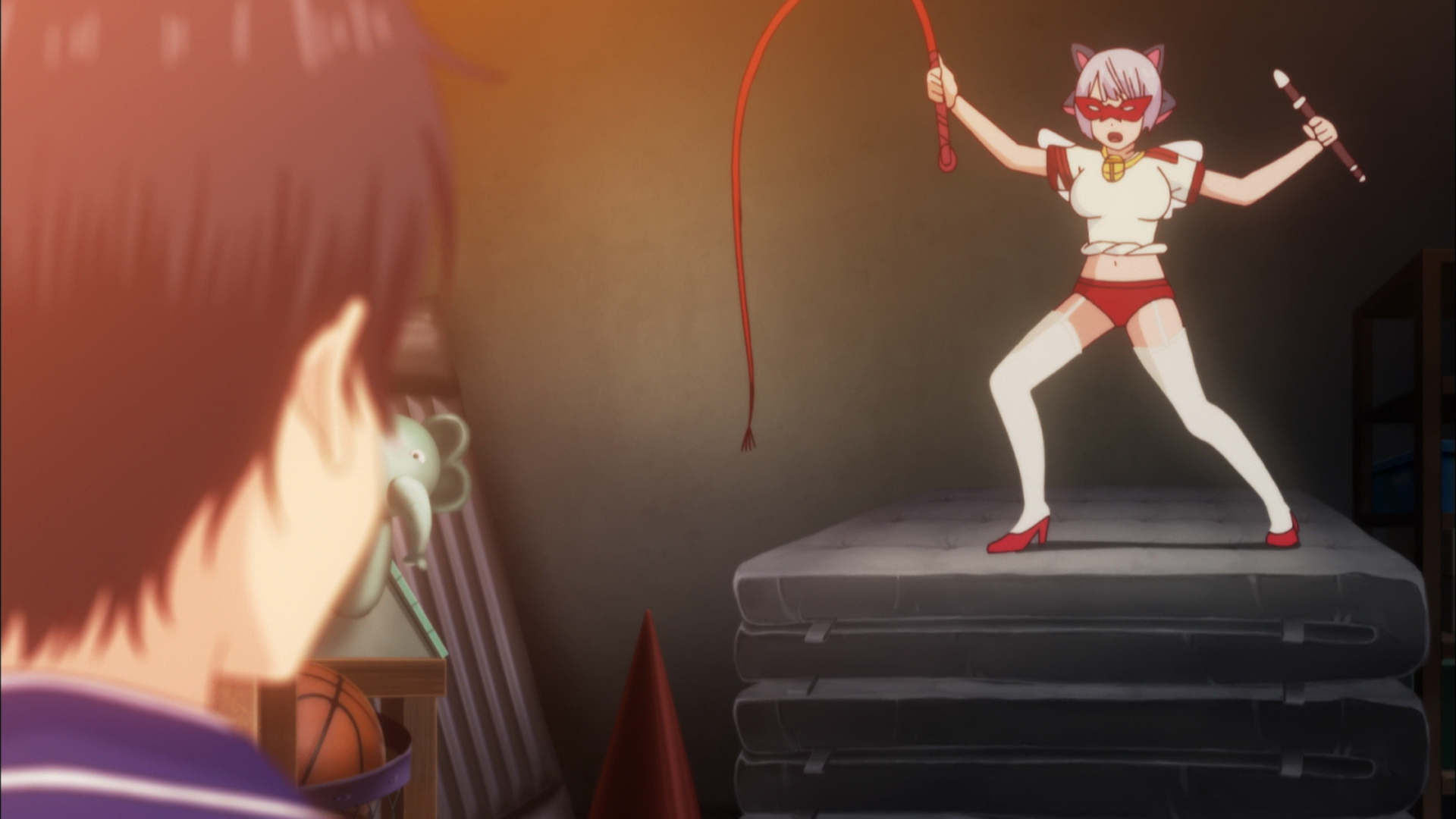 Most of the jokes revolve around Akiho or one of their friends taking something completely out of context and throwing it in the air to become some kind of fetish that Haruka is supposedly into, despite him being the most vanilla guy you could imagine. It’s the content of these that is perhaps the most troublesome, as while there are a ton of kinks it could have played around with, it tries to push them into certain moulds. While masochism is the one that recurs the most, there are also frequent jokes about Haruka being a paedophile, and others that allude to incest and bestiality. The series has already been cut to remove a scene that sexualises Akiho when she was a child, but it still features a rather unnecessary pan across a young girl in a certain position, as well as a dog licking one of the main girls under her skirt. So, while these taboo topics don’t come up too often, I just felt it was trying to be extreme just because it could rather than because it should, and it made some scenes just look plain creepy.

Some of the more visual gags play better, like one of the girls suggestively humping a broomstick, and while stuff like boob grabs and more physical sexual comedy can be a bit overbearing, it’s something that the series lacks that maybe could have given it an extra punch. The main series features very little nudity and actual sex scenes, with the only really explicit content appearing in the OVA. 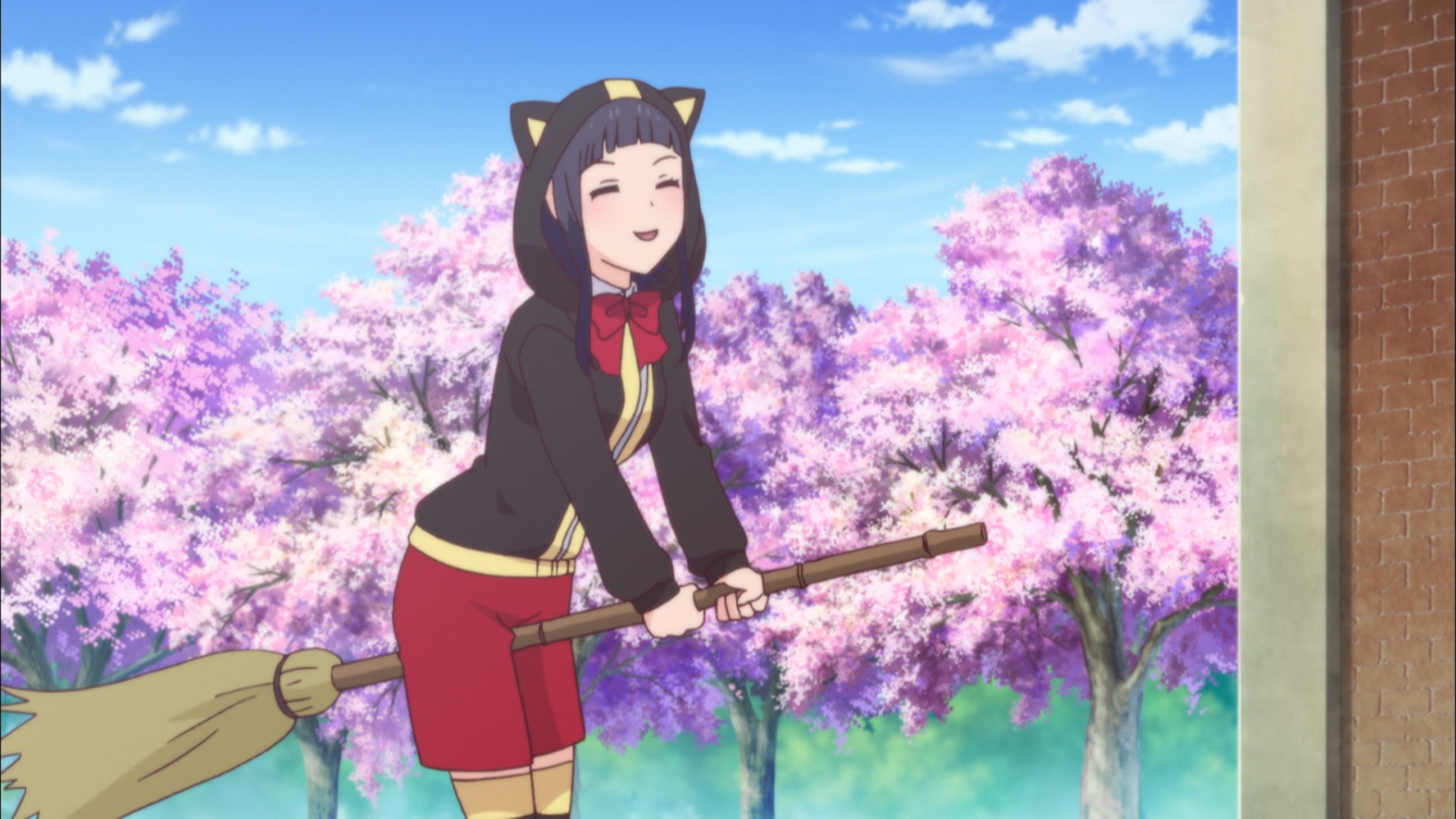 When you get used to what the series is trying to run with, it just becomes very bland and boring, and the characters don’t help much. Haruka is far too plain to be engaging as a main character, and the show never really goes into much depth about him. Instead, the most development goes into Akiho as she tries to be the best girlfriend she can be for Haruka, but is still somewhat of a one-note character with her personality.

I did however find some of the supporting cast to be a bit more fun, although they keep to specific stereotypes. Haruka’s childhood friend Shizuku is pretty playful and pulls off the dirty jokes a lot more effectively than Akiho does; Kanata slots in nicely as Haruka’s younger sister and fits the chuunibyou role well as she likes to act like a cat, while prude class president Saori offers a good double act with her friend Sayo whom she frequently catches peeping on other couples. You’ve also got a token gay character in Seiya who often gets Haruka into sticky situations, as well as rich girl Rina who seems to be more into her dogs than guys, and the lecherous school nurse Aoi and fellow teacher and friend Ichika. 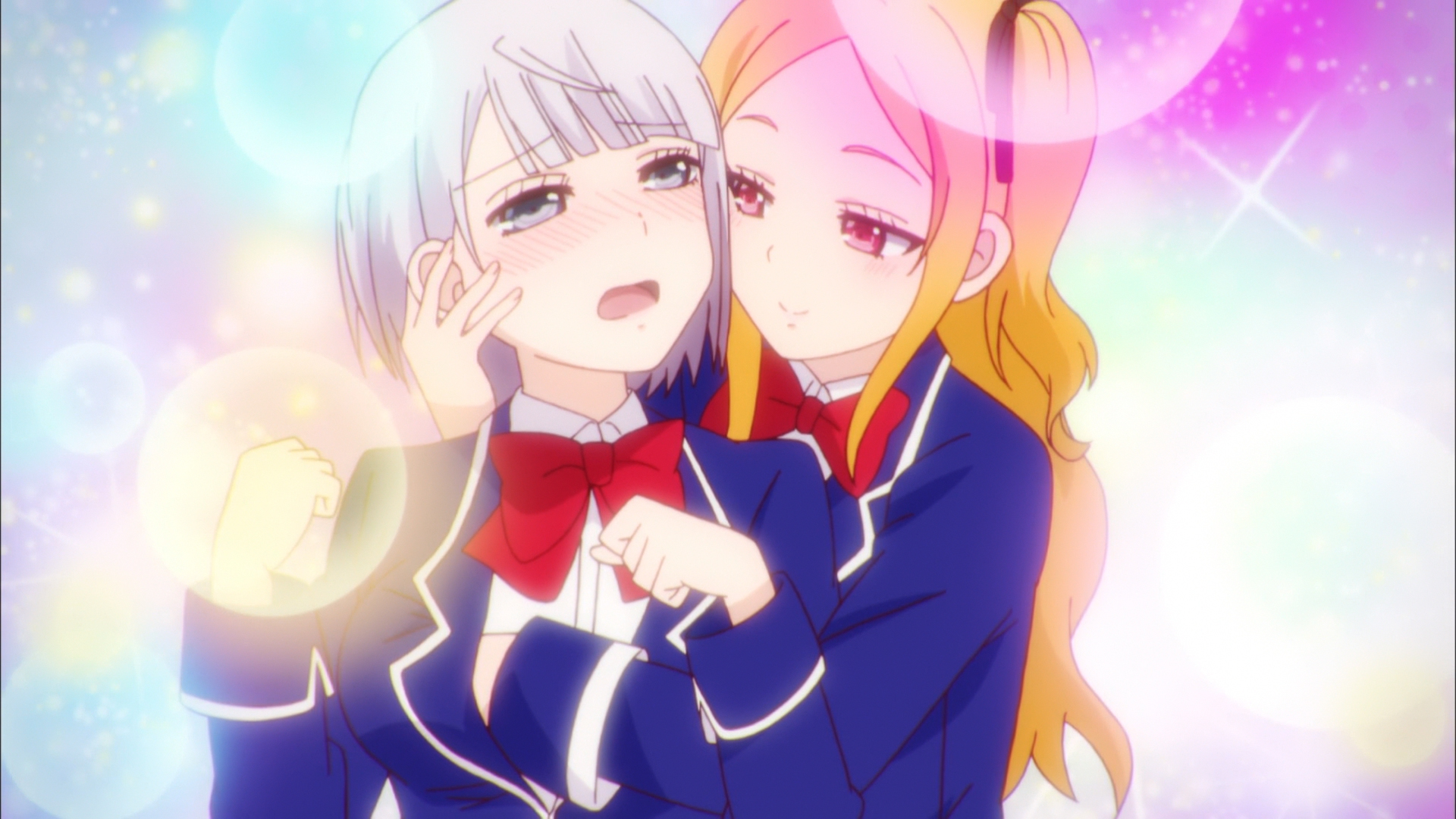 The series is animated by Diomedéa and Studio Blanc, and for the most part it does enough for this kind of show, but it’s not really going to impress in terms of visuals and design. Its colourful tone tends to hide its rather basic look and feel, which they also use to disguise some of the simpler cost-cutting elements like reducing other students in the school to simple blocks of colour. Meanwhile, I’m not quite sure what is going on with the faces of Rina’s dogs as they’ve been simplified too much to look even alive.

In terms of sound, it is similarly unimpressive, but it does the job with appropriate sound effects used to punctuate the jokes alongside Shunsuke Takizawa’s rather understated soundtrack that plays along in the background. The voice acting is fair, but there isn’t really a lot for the voice actors to work with. Aoi Yuuki (Madoka in Puella Magi Madoka Magica, Kumoko in So I’m A Spider, So What?) delivers a monotone deadpan performance that fits the character of Akiho well, but lacks the talent to bounce that off, with Mitsuhiro Ichiki (Kasukabe in Dorohedoro, Yukio in Bleach) providing a very childish and annoying voice for Haruka. The English dub is slightly better, as Gareth West’s Haruka is a lot easier to listen to, although there’s nothing it can really do to lift the poor script, while the rest of the English cast generally match the Japanese cast in tone, so there’s not that much difference there.

The series is brought to us on Blu-ray by MVM, featuring all ten episodes of the series plus the OVA in both English and Japanese with English subtitles. On-disc extras include trailers and promotional videos for the series, trailers for other series licensed by Sentai Filmworks, clean opening and ending, and a “character commentary theatre” which provides commentary on the series from the perspective of the different characters. 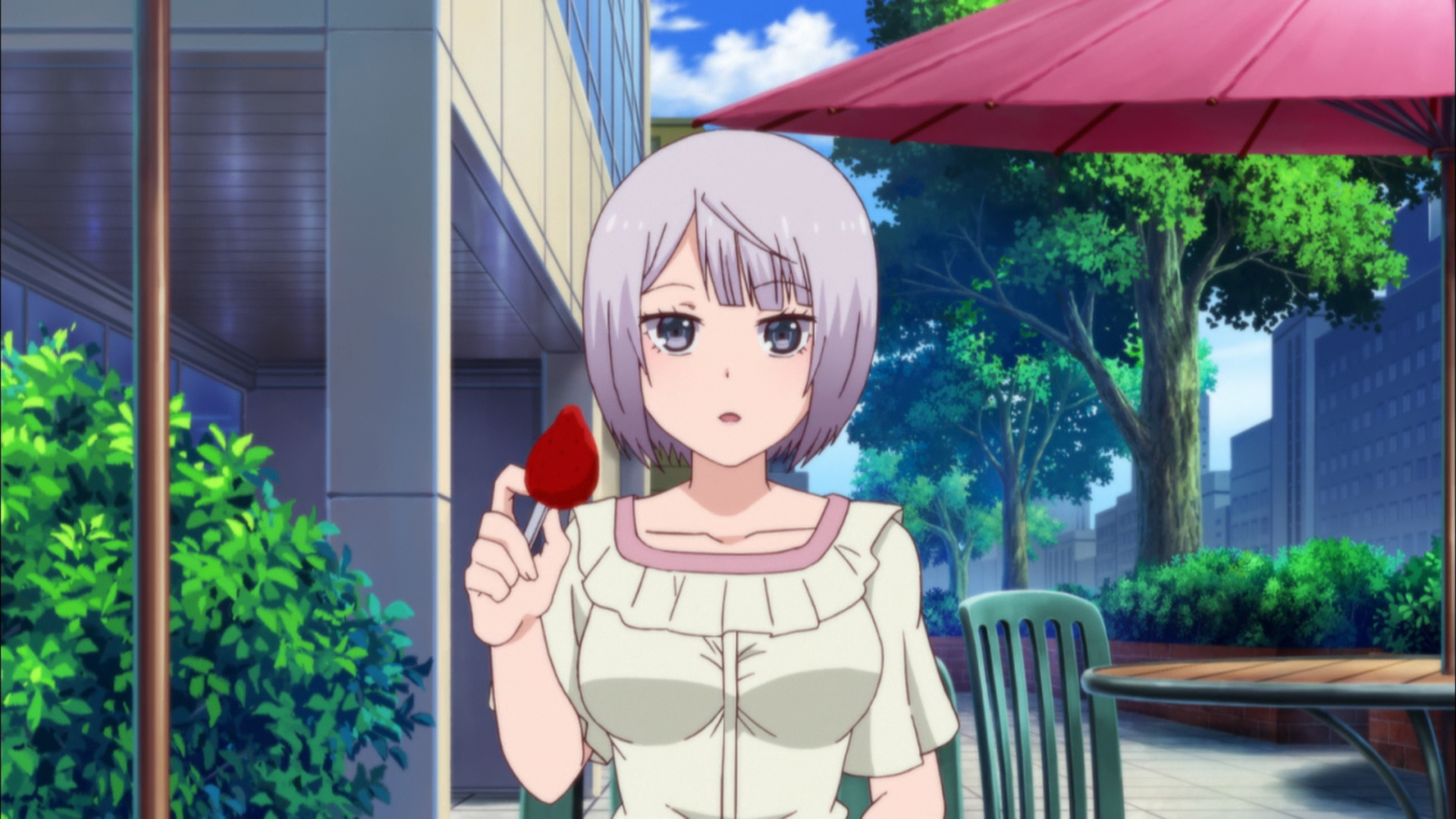 Overall, My Girlfriend is Shobitch is a bit of a limp biscuit. Its bland characters are uninspiring and don’t really drive any sort of engagement in the series, while its sweet romance does not go well with the type of comedy it is trying to go for, which, even then, lacks any sort of impact and just isn’t funny, having to go to some disturbing extremes just to make you pay attention. With loads of ecchi and romantic comedies series out there that are much better than this, I think it’s completely fair to say just give this one a miss. 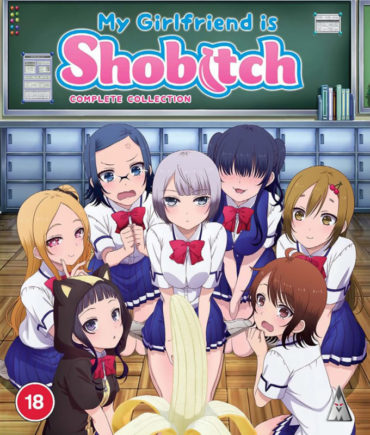 Title
My Girlfriend is Shobitch