While Kodansha is committed to offering a varied selection of shojo series through their “Digitial First” project, it’s quite rare for these titles to then transition to print. One of the lucky few is Lovesick Ellie, which Kodansha published digitally from 2017 until reaching its conclusion in 2021. Is it a must-have romance? Let’s find out!

Our story follows Eriko Ichimura, a high-school student who spends her days by herself dreaming of a perfect romance while watching the most handsome boy at school Akira Ohmi. But Eriko doesn’t just keep her daydreaming to herself, she has a whole Twitter account where she tweets out fake interactions with her imaginary boyfriend!

Eriko is content to live her life like this, but one day she happens to overhear Akira talking to his uncle Sumi, who teaches at the school. When not around the adoring high school girls that surround him, it turns out Akira has quite a grumpy personality. In a panic over having overheard this, Eriko ends up running away from the scene, only to later find she has dropped her phone! Worse still, Akira picks it up and sees her embarrassing Twitter account, which is the worst thing that could possibly happen to our heroine.

Luckily for Eriko, Akira promises not to tell anyone at school about her account, provided she keeps quiet about his true self. Eriko agrees and although she vows to give up her fantasising, she soon realises that she’s more inspired than ever after talking to Akira for real. Meanwhile, Akira begins running into Eriko more often and finds himself somewhat smitten with her, even despite her questionable pastimes.

Lovesick Ellie is a traditional boy-meets-girl story and you’ll almost certainly have read a hundred other stories like it. The popular boy falling for the quiet unpopular girl is not a new trope in itself either. The majority of this first volume is filled with the kind of storytelling tricks you’ll find in other shojo series, such as misunderstandings that could be resolved so much faster if the characters just talked to each other for a moment instead of clamming up and letting the issue fester.

Some of this is perhaps because author Fujimomo was trying to fast track to Akira and Eriko getting together, which they more or less have by the third of the four chapters on offer here. The series was 12 volumes by the time it ended, so I’m sure the rest of the series will be dedicated to exploring the ups and downs of their relationships which is more interesting than the ‘will they won’t they’ that most shojo end up focusing on.

If the pacing slows down a bit going forward, then I think there could be a good romance series here. Both Eriko and Akira are likeable characters, even if they’re fairly underdeveloped in this first instalment. Eriko, in particular, is an interesting lead, given she divides her time between tweeting about her fantasies and juggling getting closer to Akira in reality. I appreciate that the Twitter account didn’t immediately get shelved after Akira finds out either and instead we continue to see snippets of Eriko’s Tweets after as she posts fantastical takes on her interactions with Akira. These segments are genuinely funny and it’s an original concept that we haven’t seen before in this kind of story.

Another element that deserves praise is Fujimomo’s artwork, which is clean and quite cute. The author tends to use a lot of smaller panels per page to help keep a scene moving and I think this works well for the overall flow of the book. What I particularly like about the art is how expressive Eriko and Akira are and the contrast between their normal selves at school and when they’re leaning into their real selves, like Akira being bratty or Eriko posting her daydreams. The only thing I wasn’t a fan of was Eriko describing herself as plain when in reality she’s plenty cute and could easily stand beside Akira as his girlfriend with pride, so the visuals are a bit at odds with the storytelling there (not unusual for shojo, sadly!).

As previously mentioned, Lovesick Ellie Volume 1 comes to the West thanks to Kodansha and has been translated by Ursula Ku. The translation reads well with no issues to note and there are some helpful translation notes at the back of the book. All 12 volumes of the series are currently available digitally while the print releases are up to Volume 3 and seem to be on a bi-monthly release schedule, so it won’t be too long until you can buy it all in physical editions as well.

Overall, if you’re looking for the best of the shojo genre then Lovesick Ellie isn’t going to be for you. However, if you’re looking for something a little unpolished but with the potential to become a real gem, then that’s certainly what this one offers. It may be underwhelming right now, but its heart is in the right place and that should see it through for a bit longer. 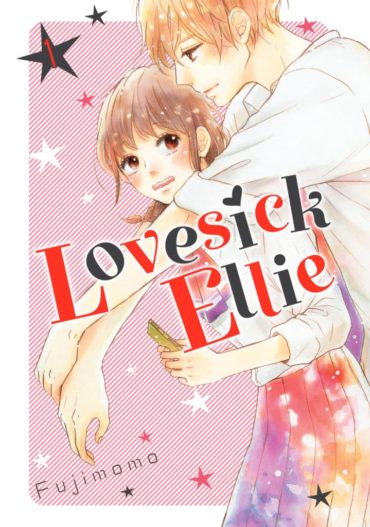