Content warning: The series makes references to suicide (among other topics).

Kanon was the second visual novel by games company Key to be adapted into anime by Kyoto Animation, in between Air and Clannad. It should be said that it wasn’t the first time Kanon had been adapted, as Toei had made a 13-part series with an OVA in 2002, but this has never been released in English. Anyway, KyoAni’s adaptation is longer and uses higher quality animation. As for what the series is like, it is pretty much what you’d expect if you are already familiar with the other Key adaptations: a series full of tragedy, with a bit of comedy thrown in at times. 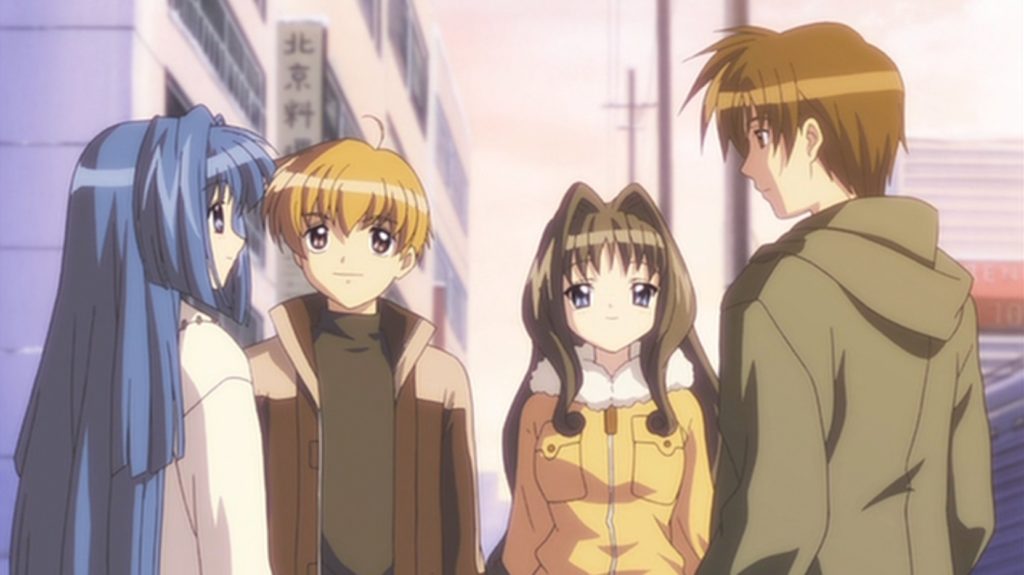 Set in the middle of winter in an unnamed snowy town, the story sees schoolboy Yuichi Aizawa returning to this town for the first time in seven years, but he does not remember much from his time living there before. He moves in with his aunt Akiko Minase and her daughter Nayuki, a member of the school’s track team who has so much difficulty waking up in the morning that her bedroom is full of alarm clocks. Yuichi encounters several peculiar girls including Shiori Misaka, who is very weak and thus has missed a lot of school; Mai Kawasumi, a third-year student at the school who goes around the grounds at night with a sword, defeating invisible demons, but whom the other people think is just a delinquent breaking school property; and Makoto Sawatari, who seemingly has a grudge against Yuichi, but due to amnesia, cannot remember what it is about. She ends up moving to Yuichi’s house.

The main female protagonist in the story, however, is Ayu Tsukimiya. Ayu bumps, or rather runs, into Yuichi in the street one day, and the two end up becoming friends when he decides to help her find something that she has lost. She too eventually moves into Yuichi’s place later on in the story. The series sees Yuichi coming to discover that all five of the girls close to him have various problems which he needs to solve. Aside from trying to uncover what Ayu has lost, he finds out that Makoto’s memory loss has a supernatural connection, that Shiori’s illness is more grave than first realised, that the demons Mai is attacking are very much real, and Nayuki is left in a state of shock when something terrible happens to her mother. 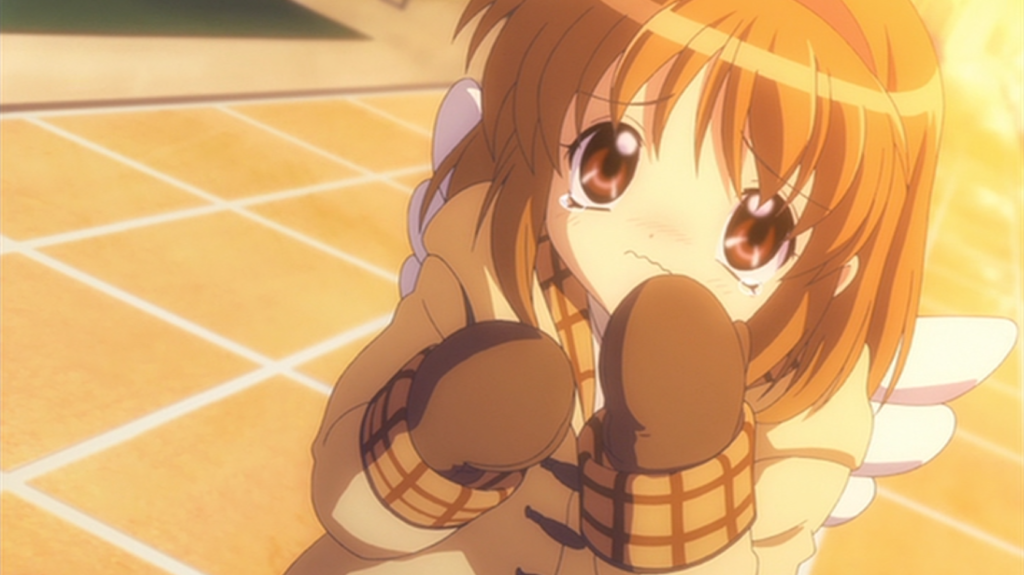 Much like the other Key adaptations, Kanon’s drama and tragedy make for gripping viewing. There are several moments in this anime that grab you, mainly some very shocking scenes which are a bit spoiler-laden to go into detail, but at several points in the series you fear for the lives of those around Yuichi, ranging from accidents to past attempts at suicide. However, for some the most shocking, or at least disturbing thing, is the relationship between Yuichi and Nayuki, in that it is a love story between first cousins. There is still comedy included in this anime too: Akiko makes a special type of jam which everyone else finds disgusting, Makoto is constantly trying to pull pranks on Yuichi but never succeeds, and Ayu even has her own catchphrase, saying; “uguu” at times of frustration. 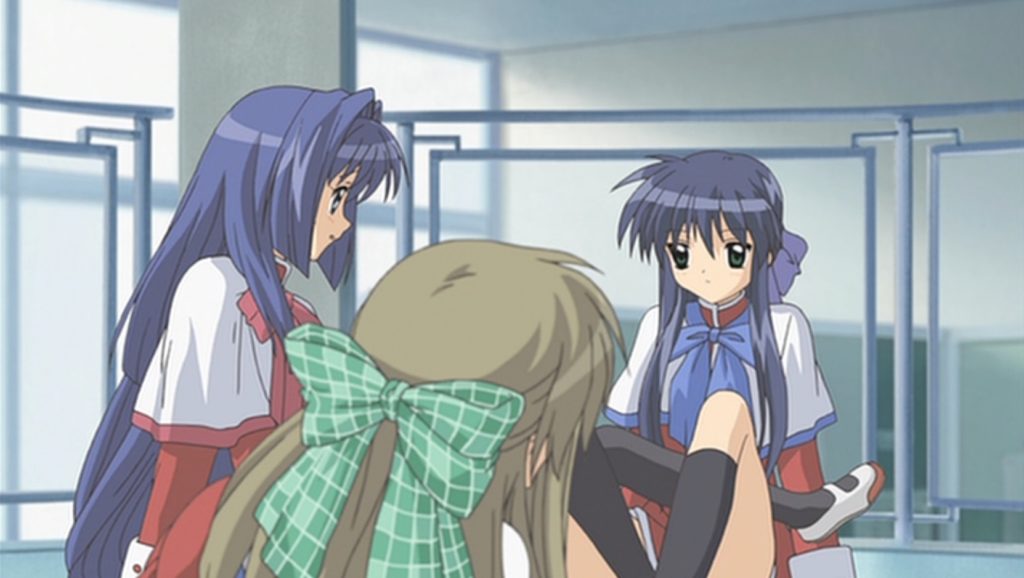 The quality of the animation is great too. While some might be put off by the very large eyes of so many of the characters, if you go onto the Wikipedia page for Kanon, you can compare stills from both the KyoAni and Toei adaptations and see how much improved this version is on the original. Ayu is the stand-out in terms of character design, with her mittens, duffel coat and backpack complete with wings making her look like an angel.

Music also plays a big part in the series. Each episode includes a term from classical music, and the Kanon in the show’s title refers to the German spelling of “Canon”. Pachelbel’s “Canon in D” is played several times during the series. As for the theme songs, Ayana’s “Last regrets” for the opening and “Kaze no Tadoritsuku Basho” for the end, both of which come from the original game, are both great to listen to.

One other nice touch is some cross-referencing between series. If you go back and watch Air, you can see a scene in which Ayu, Nayuki and Makoto talk to that show’s lead Yukito. Meanwhile in Kanon, a bus briefly comes into shot displaying an advert for Extra Thick Peach Nectar, which is Misuzu from Air’s favourite drink. 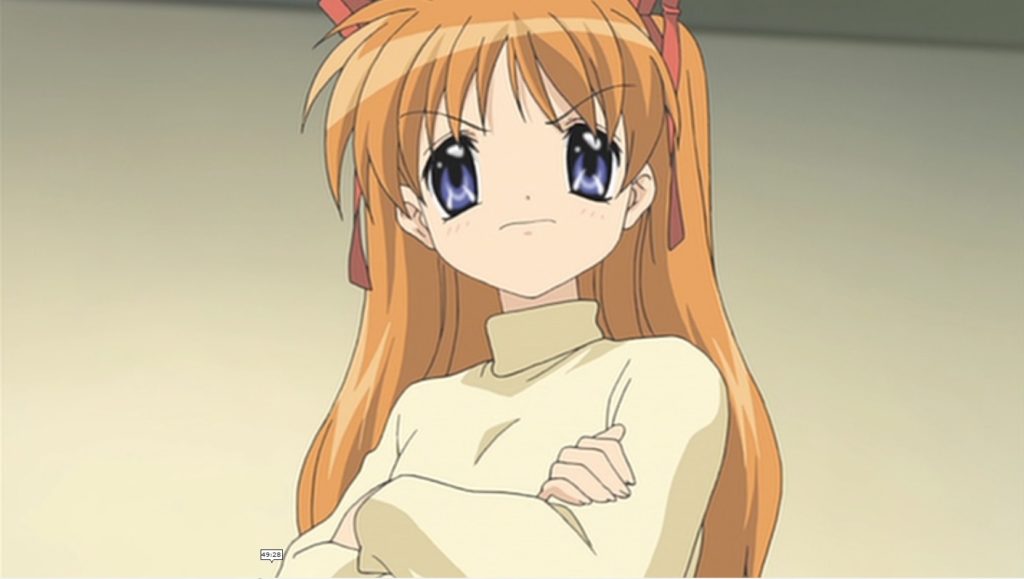 When it comes to whether you to listen to the sub or the dub,  I personally prefer the original voice acting in the subbed version. In terms of problems with the release, you can only get it as a DVD, and despite what it says on the cover, there are no extras at all – the cover claims there is textless opening and closing, as well as trailers, but they are absent from the collection I reviewed.

With Air and Kanon released by MVM, and with Clannad released first by Manga Entertainment and then re-released by Funimation last year, we now have the complete trilogy of Key anime adaptations. All of them are great stories that mix tragedy with some surprising comedic elements to create great viewing. Perhaps the main thing about these series, however, is that these helped to establish Kyoto Animation. While they were not the very first things that did (before Air they made Full Metal Panic? Fumoffu), these were the first series they made which had not already been started by another company. These three shows helped make KyoAni what it is now. Some of the best anime made in recent times would have gone to different studios if these shows had not been successful. Anime like The Melancholy of Haruhi Suzumiya, K-On!, Nichijou, Free! and Violet Evergarden might have had a very different style if that had been the case, and let us not forget that KyoAni is also a studio which has seen its fair amount of tragedy. 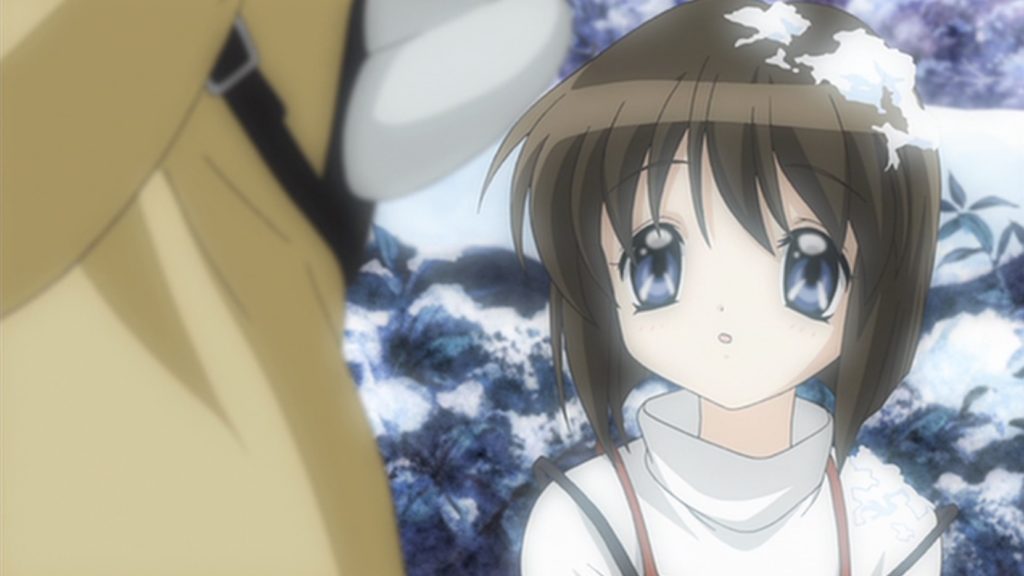 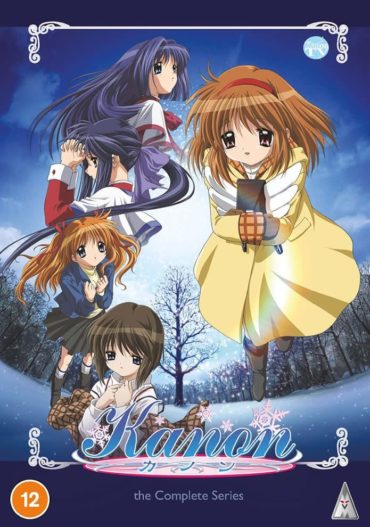