Many of you reading this may already be familiar with the name Alice in Borderland, thanks to the manga (available through VIZ Media) or the live-action drama on Netflix. Today I’m here to check out the anime MVM have just brought to home video in the UK. Does it prove an exciting watch? Let’s find out!

The story follows protagonist Ryohei Arisu and his two friends Daikichi and Chota. Arisu is bored of his everyday life where nothing new or exciting ever happens. Still, when he wishes he could be in a different world, he and his friends find themselves being transported to a seemingly post-apocalyptic parallel world. In this world, Arisu and his friends must participate in deadly games to stay alive or be killed if they don’t. Of course, playing these games also comes with a high chance of death, so it’s a ‘damned if you do damned if you don’t’ situation but for Arisu it’s at least more thrilling than the life he has been living up until now. 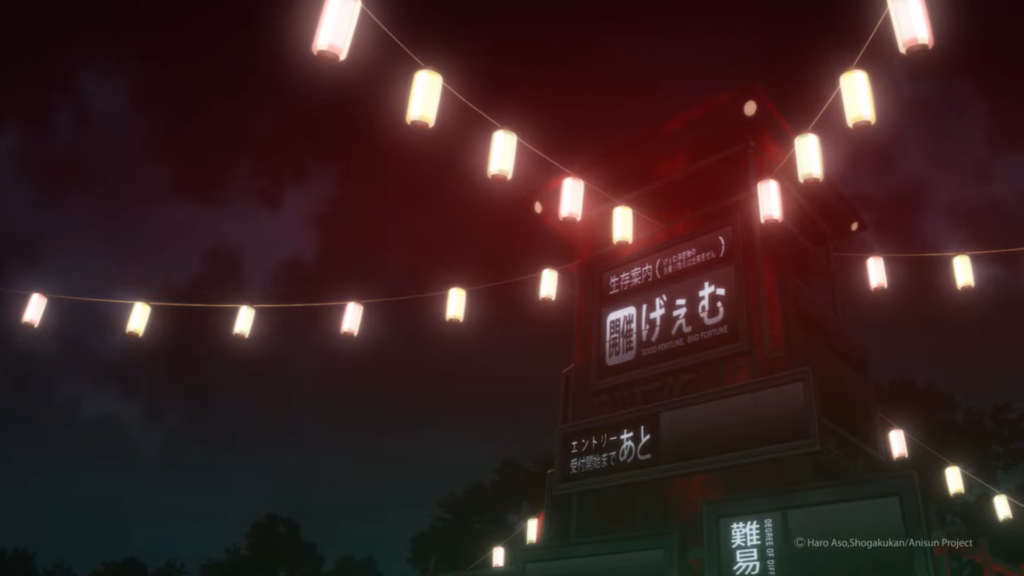 In the first game, the three meet Saori Shibuki, a player who has been in this world longer than them and who has experience with the games. She warns the three that these games aren’t to be taken lightly and when flaming arrows come hailing down on them, the group soon believe her claims. To survive, they decide to work together, at least until they learn more about this world and can figure out a way to escape. But that information won’t come easily and to obtain anything of use, the three are going to have to play even more of these games…

Honestly speaking, as far as the anime goes there isn’t a lot more to it than that. This series is only made up of three episodes, so the most we get to see is our cast coming to this world and playing three different games. Given the manga is complete at 18 volumes, I knew going into it that the anime wouldn’t accomplish a whole lot but I assumed it would still be fun if you like the death game premise. 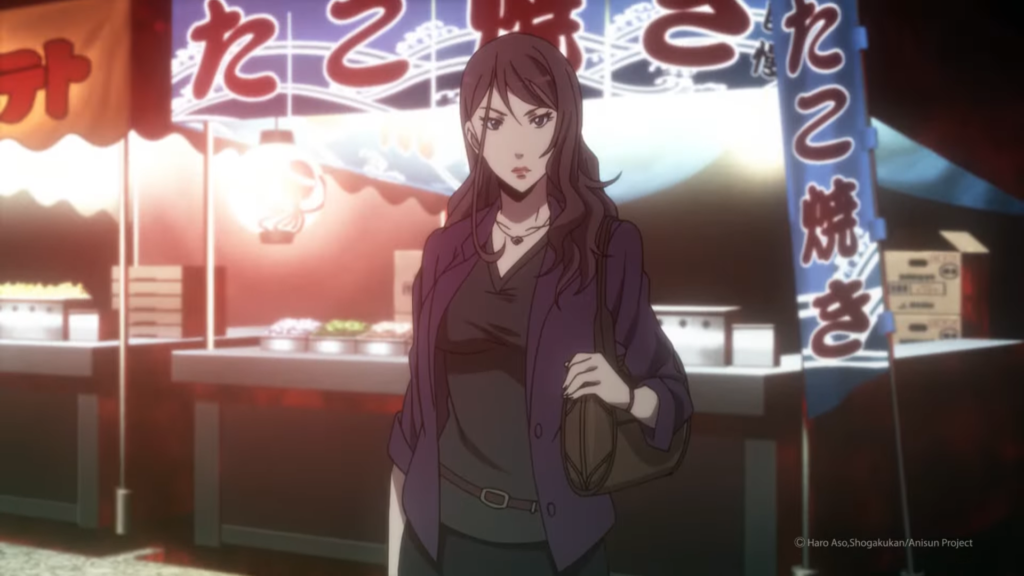 However, while the first two episodes are enjoyable as standalone games the third tries to move in a more emotional direction which just doesn’t work for the little time we’ve had to spend with these characters. It feels like an end to an extra-long opening chapter and not the conclusion to a mini-series like this. I would have preferred if the third episode was just another game like the first two without the emotional baggage attached. In the end, it just leaves this series feeling like an advertisement rather than a worthwhile viewing, especially for the £20 RRP. Even if you’re an existing fan of the franchise, I’m not particularly convinced that this is worth your time.

Perhaps the issue is that here in the West these episodes are being released on their own, whereas in Japan each one was bundled with a limited edition version of particularly manga volumes. Certainly having them as an extra to a product you already want makes much more sense and it’s hard to argue that the content isn’t worth it in that situation. 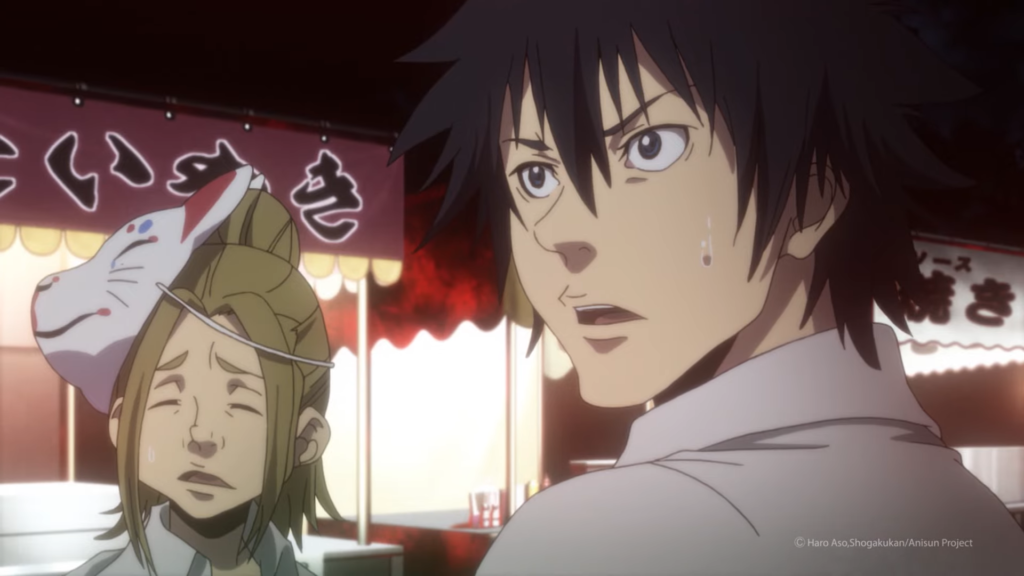 Animation for the series has been handled by a combination of studio Silver Link (The Misfit of Demon King Academy, Bofuri) and CONNECT (Oresuki, Strike the Blood). On the whole, I think the anime looks fine, although I’m not a fan of the character designs myself. The action is easy to follow and compelling enough, which I think is what matters most here. It’s not going to win any awards for having memorable animation, but it’s serviceable.

Meanwhile, music has been handled by Hiroaki Tsutsumi (Orange, Tokyo Revengers, Jujutsu Kaisen). For the most part, I ended up finding this forgettable, which is a shame because I do like this composer’s work on other shows. It’s probably just because there are only three episodes, so there isn’t the opportunity for Tsutsumi to contribute that much in the way of music. 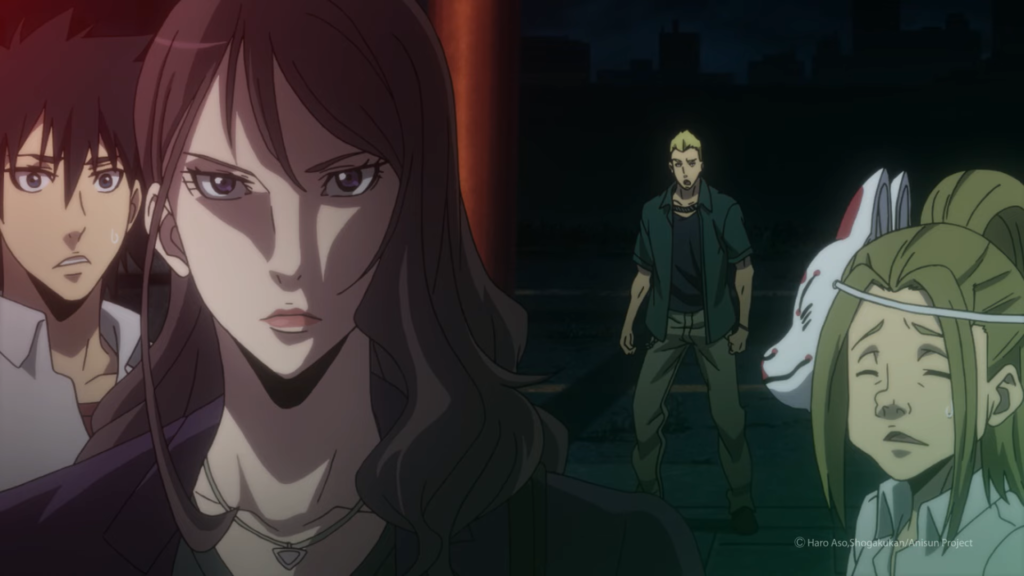 As previously mentioned Alice in Borderland comes to the UK in a complete Blu-ray collection thanks to MVM. It contains both Japanese and English voice tracks, both of which are okay but largely forgettable and on-disc extras are limited to trailers for other shows licensed by Sentai in the US.

Overall, this release struggles to offer anything for new or existing fans of Alice in Borderland. If not for the direction of the third episode I’d be inclined to recommend it to people who like the death game genre, with the caveats that it doesn’t go anywhere where the plot is concerned. But I think it undermines what it could have been at the end and that’s the final nail in its coffin. 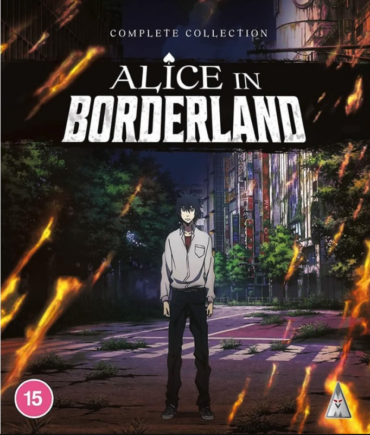