I’m a big fan of shojo manga but by and large the popular series Fruits Basket by Natsuki  Takaya completely passed me by. The series received an anime back in 2001 but that completely missed me too. Now with a new Blu-ray release from MVM Entertainment, it’s time for me to find out what I missed out on.

(Before we begin just a quick note that all of the screenshots presented in this review are from the older DVD release, so don’t reflect on the image quality of the Blu-ray release that we’re reviewing here.)

Tohru Honda is living in a tent, due to her mother having passed away and her grandfather’s house (where she’d previously lived) currently undergoing renovations. This situation doesn’t last long, however, as soon the ‘prince’ of Tohru’s school, Yuki Sohma, discovers the young girl’s living conditions – and that she’s been camping on his family’s land! Instead of being angry with Tohru for trespassing, Yuki feels sorry for her and invites her to stay at his place in exchange for her doing some housekeeping. While living there, Tohru stumbles upon an incredible secret: that 13 members of the Sohma family are each possessed by an animal of the Chinese Zodiac and transform into them when embraced by someone of the opposite sex (or if they get put under a lot of stress). Tohru vows to keep the Sohmas’ secret, but when she meets Kyo Sohma, who is possessed by the cat and hates Yuki, who is possessed by the rat, Tohru’s peaceful life will never be the same again! 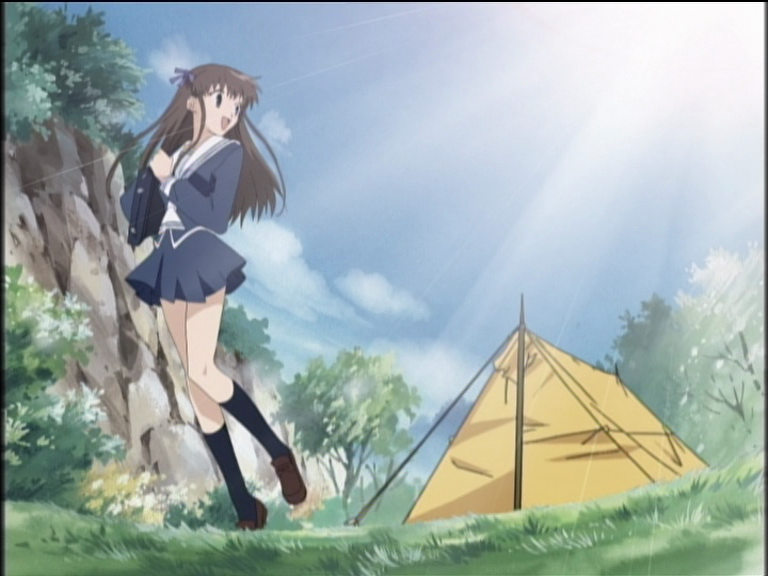 Although Tohru may have been accepted by Kyo, Yuki, and their older relative Shigure Sohma (who owns the house the other three live in), not everyone in the family is okay with Tohru knowing their secret. She’ll now have to be careful not to get on the wrong side of the head of the family, Akito Sohma, whom the others live in fear of.

Despite the fact that Fruits Basket is a shojo, it’s a little odd in the way it develops. In fact, earlier on it almost has a monster-of-the-week style of approach as episodes are centered around Tohru meeting a new member of the Zodiac. Obviously the shojo genre is a lot deeper than just girl-likes-boy stories (Natsume’s Book of Friends exists after all), but the lack of development between Tohru, and Yuki and Kyo, who appear to have crushes on her, just strikes me as strange. This series is 26 episodes long and while by the end their relationships are stronger on a whole, as far as romance goes that couldn’t be further from the picture. 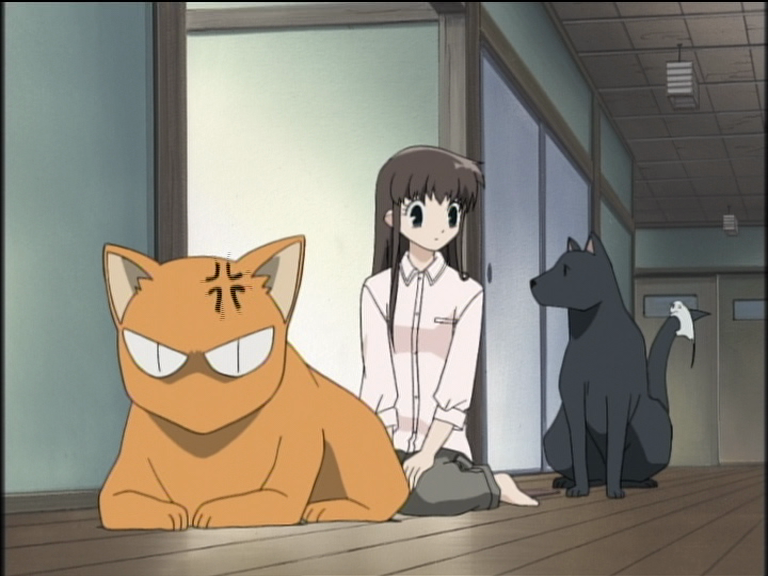 It’s not to say that the characters aren’t well developed – because they definitely are. Each one of the Sohma family members has an interesting backstory, and once they’ve been introduced they  usually become recurring members of the cast. Tohru herself is a happy-go-lucky character, but due to the death of her mother she is a hard worker and always looking to do what her mother would have wanted. Yuki is a somewhat stereotypical ‘prince’ character, but Kyo is unpredictable and surprisingly sweet. Overall they make for a wonderful cast and are certainly fun to watch go about their lives.

The animation for the series has been handled by Studio DEEN (Vampire Knight, KonoSuba), and on the whole looks good for the age of the anime (especially as this is an upscale for the BD). While there isn’t a great deal of variation in the colour palate for backgrounds, they and the characters are well drawn. One quirk to note is that the characters all have massive eyes, with Tohru being the worst offender, which is quite befitting of DEEN’s style at the time and also true to the mangaka’s original designs but it could be a bit off-putting to someone who hasn’t seen it before. It did take me a few episodes to adjust to it. It’s also worth noting that this release is pillar boxed as the anime was made before the widescreen standard for anime came into effect. 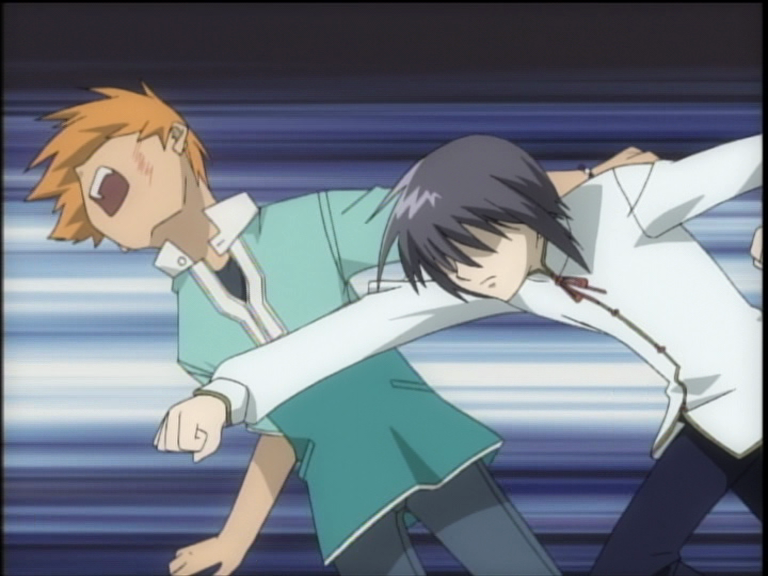 Where music is concerned, composer Jun Abe (Naruto Spin-off: Rock Lee and His Ninja Pals) has provided some quiet piano and violin pieces. Unfortunately there isn’t a great selection of music on offer and many tracks are overused, which quickly got on my nerves, but they’re certainly not bad scores – just overused in such a long series. The opening is “For Fruits Basket” and the ending is “Small Prayer”, both sung by Ritsuko Okazaki, and both, interestingly, are ballads. This is a fun approach but also left the songs being rather forgettable in the grand schemes of things as they just didn’t stand out.

While there are far too many voice actors among the main cast to detail them all, I’ve picked out my best and worst of this crew. Tohru is played by Yui Horie (Feliz in Re:Zero, Wiz in KonoSuba), who injects a lot of cheerful determination into the character. Meanwhile on the lower end of the scale we have Aya Hisakawa (Hitomi Sata in Wolf Girl and Black Prince, Michie Matsumoto in Sound! Euphonium), who plays Yuki. She fits the character’s personality but gives him far too feminine a voice; the high pitch will definitely grate on some viewers. With that in mind, I am happy to report that his dub actor, Eric Vale (Kazuma in Noragami, Ferid Bathory in Seraph of the End), does a much better job at giving him a more masculine voice that doesn’t offend the ears. The rest of the dub isn’t fantastic but it’ll still satisfy those who can’t sit through the Japanese. 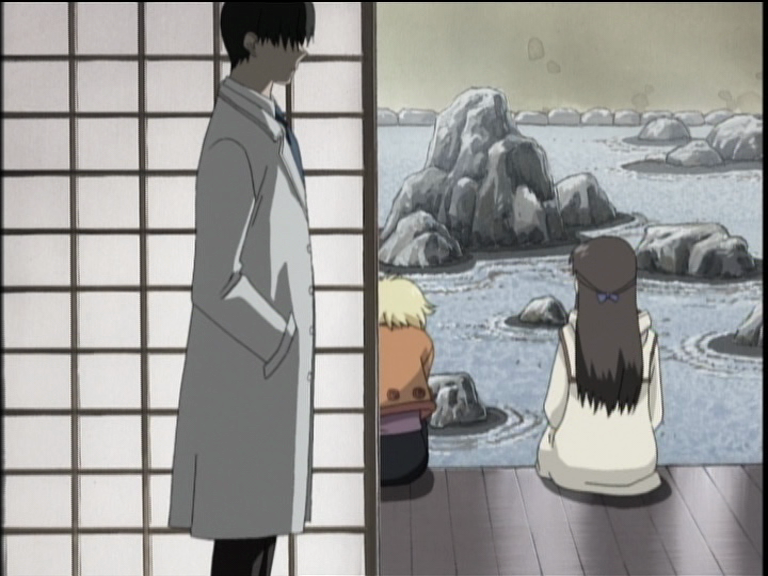 This Blu-ray release has been released in the UK as a Collector’s Edition thanks to MVM. The set comes in a rigid box with all 26 episodes across 3 discs in both Japanese and English and includes 12 art cards depicting a selection of the characters. However, as nice as the set is, there is a fairly major flaw in the video quality. Sometimes during an episode there are scenes where there’s a lot of noise/artifacting and it looks as if the image is running through static. This usually lasts for 10-60 seconds but sometimes lasts longer. This is an issue that comes from Funimation’s master (and so affects the US release as well) but because it’s such a widespread problem that crops up in the majority of the episodes – and sometimes more than once an episode – it really does bring the quality of the whole release down.

Overall Fruits Basket is a sweet shojo series with a loveable cast of characters. Anyone looking for a typical shojo series might be disappointed, but that doesn’t take away from the charm on offer here. It’s a great release that’s only brought down by the lack of romantic development and some terrible video issues. 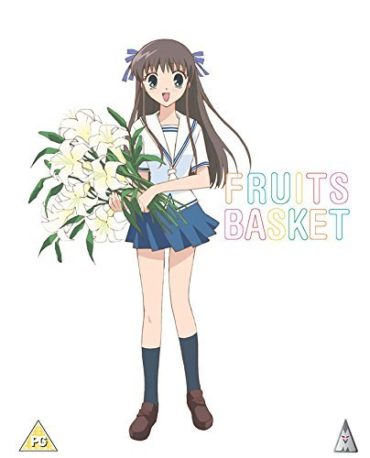