Back in early 2020 Crunchyroll brought the In/Spectre anime adaptation to our screens. Now, two years later, the series has come to home video thanks to Anime Limited, but does it still prove as engrossing a watch as it did back in 2020? Let’s find out!

The story follows Kotoko Iwanaga, a girl who lost an eye and a leg in exchange for supernatural powers after becoming the God of Wisdom to the yokai around Japan. Whenever there’s a disagreement or the yokai have an issue, they turn to Kotoko for help in solving it. Accompanying Kotoko is her partner, Kuro Sakuragawa, who also has powers which, among other things, grant him incredible healing abilities. Until Kuro teams up with Kotoko he’s feared by yokai for the ominous aura he gives off, but once Kotoko comes into the picture, the creatures are forced to accept that he might not be such a bad guy after all. 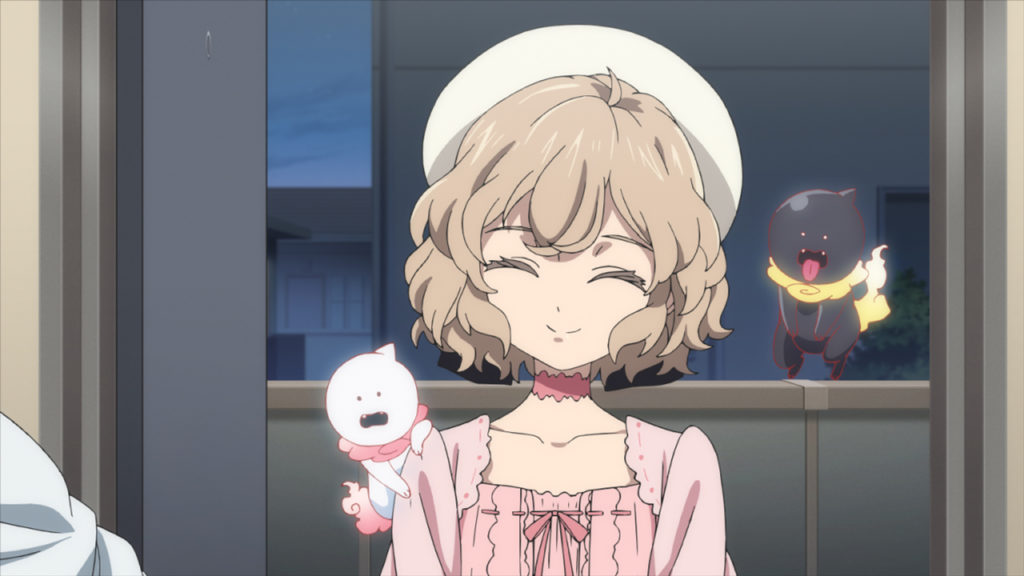 Our plucky heroine loudly proclaims to all who will listen that she and Kuro are dating, but Kuro’s feelings on that are mixed and he often refutes her comments, even if they are technically an item. But no matter what their relationship status is, it’s hard to deny that they’re skilled when it comes to matters of the supernatural and together they can solve any requests that come their way.

When you get down to it, In/Spectre is a mystery series, but as far as the anime goes, it finds itself embroiled in one long case after the initial set-up. Some viewers may find this misleading after Episodes 1 and 2 are standalone stories but I, for one, found myself engrossed in the “steel Lady Nanase” storyline that takes up the rest of the story. 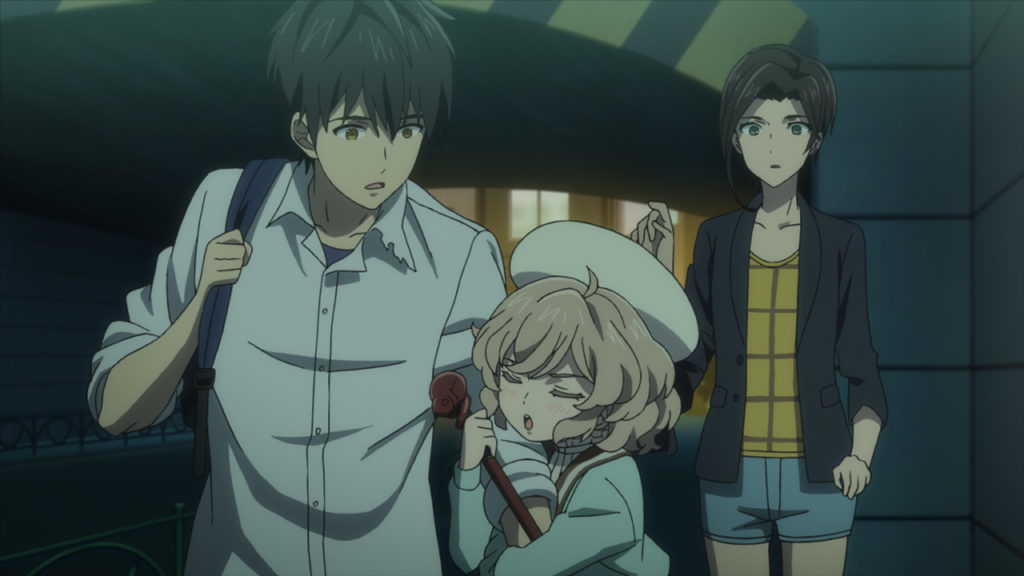 In this case Kotoko, Kuro and ex-girlfriend Saki Yumihara (who happens to be a policewoman) team up to explore the rumours of someone dressing up as deceased idol Nanase to commit various crimes. Of course, with yokai involved, the story soon takes a supernatural twist and it’s clear there is far more to this mystery  than someone simply imitating the idol.

The case is complicated with a lot of nitty gritty details, but these all get fleshed out and come together for a brilliant conclusion to the tale. I also appreciate that plenty of time is taken to focus on our three characters interacting with each other and we get to see their personalities and histories explored in a way that feels natural. A lot of dialogue like this in similar series often comes off as unnatural and inserted simply to inform the viewer, but conversations and information exchanges in In/Spectre always feel like they make sense in-universe and don’t exist just for us. 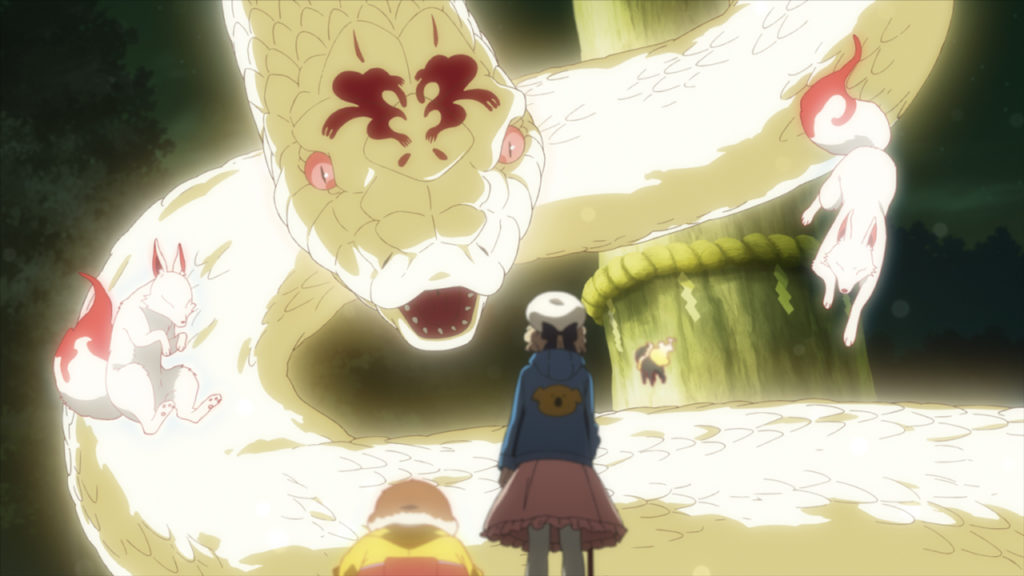 Admittedly, I like mystery series with a supernatural twist so In/Spectre immediately appealed to my tastes. I could see it feeling a little long-winded for viewers who may not be as big a fan of the genre. Kotoko’s personality is also a potential negative, given how possessive of Kuro she can be and her somewhat bratty dialogue at times. I often describe her as a gremlin character to friends and prospective viewers, but I mean it good-naturedly since I find her charming in her own way. Your mileage will vary, based on your patience for these types of characters though.

I think it would be easy to be disappointed with In/Spectre getting bogged down in one long case if that was all there was for the anime, but a Season 2 for the series was quickly announced and, at the time of writing, is due to begin airing in 2023. The manga is also available via Kodansha (currently at 15 of the 17 Volumes in Japan), so if you like the cast, then you can easily get your hands on more of the series. 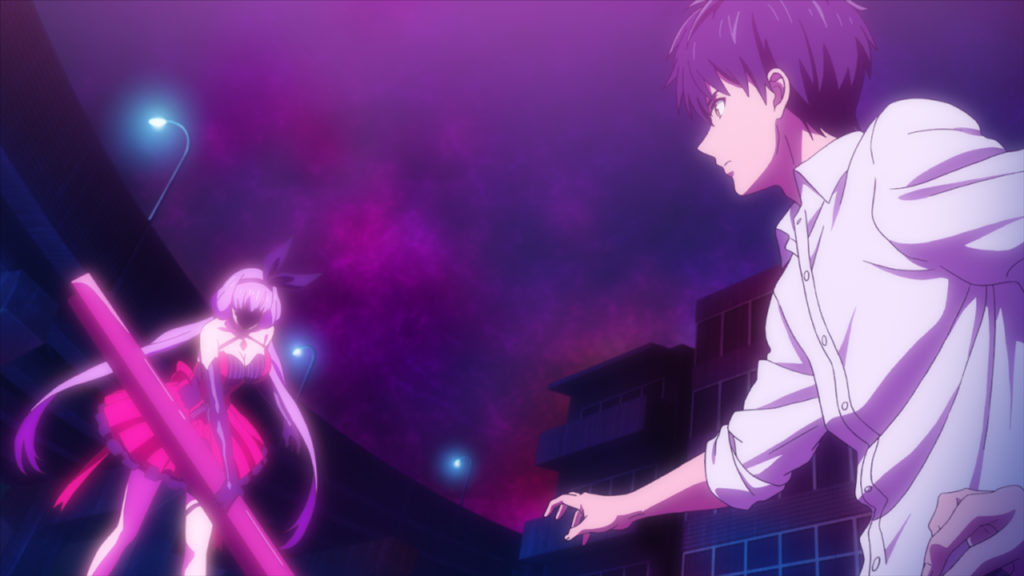 This anime adaptation has been brought to life by studio Brain’s Base (Spice and Wolf, Durarara!!, Natsume’s Book of Friends) and their work here is great. I wouldn’t say it’s the best animation we’ll ever see, but it’s consistent from episode to episode and they capture the supernatural atmosphere of the story well. For such a dialogue-heavy show they manage to keep the viewer engaged with creative animation for Kotoko’s explanations and some fluid fight scenes when applicable. Existing fans of the franchise will certainly enjoy seeing it brought to life by this capable studio, that’s for sure.

Music for the series is handled by Akihiro Manabe (Cestvs: The Roman Fighter, Late Night! The Genius Bakabon) and while it’s not a particularly memorable soundtrack it also fits the atmosphere well. The sound direction in general is very good, never taking over a scene but instead working in the background to set the mood appropriately. The opening theme for the series is “Mononoke in the Fiction” performed by Lie and a Chameleon, while the ending theme is “Last Dance” sung by Mamoru Miyano. Both tracks are catchy and suit the series well. 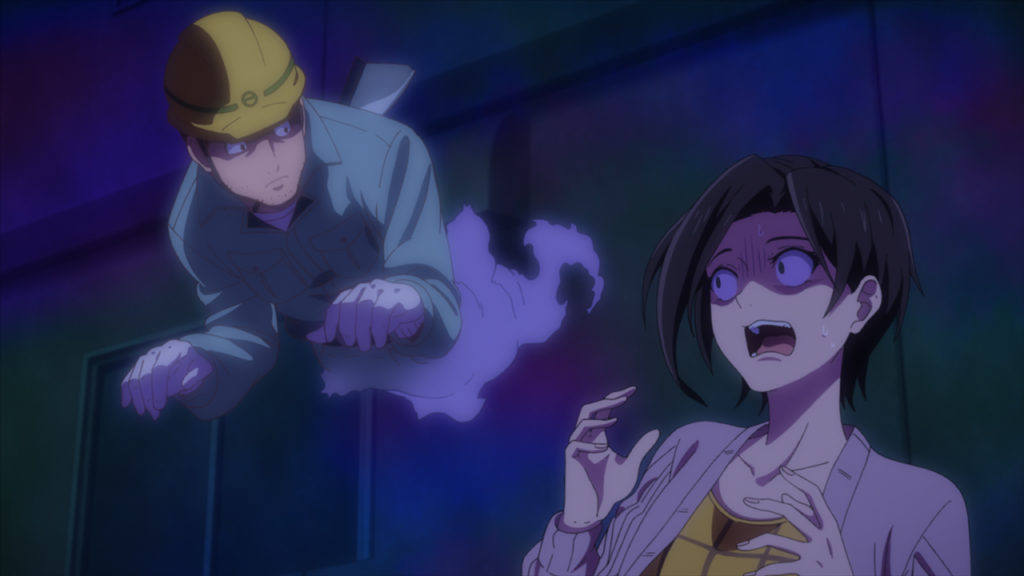 Where voice actors are concerned, this release includes both the original Japanese track and the English dub. Kotoko is played by Akari Kito (Nezuko in Demon Slayer, Erika Amano in A Couple of Cuckoos) in Japanese and Lizzie Freeman (Chizuru in Rent-A-Girlfriend, Alma in The Strongest Sage with the Weakest Crest) in English. Meanwhile, Kuro is played by Mamoru Miyano (Dazai in Bungo Stray Dogs, Ryuji in Persona 5) and Brandon Winckler (Eugeo in Sword Art Online, Theo Cornaro in Record of Grancrest War). On the whole, I like both casts and the English dub certainly proves as engaging as the Japanese, but frankly, with Miyano in the Japanese cast, there’s no question that I greatly prefer that track because I think Miyano’s performance captures Kuro just that little bit better. Either way, you won’t be disappointed, which is the important thing!

As previously mentioned. In/Spectre Season 1 comes to the UK thanks to Anime Limited and is available as a collector’s edition. The release includes a 32-page booklet and on-disc extras amount to the usual trailers and clean opening/ending videos.

Overall, In/Spectre Season 1 is a mystery series that won’t be for everyone either because of the amount of time it spends on a single case or Kotoko’s personality. However, there is a lot to like here if you’re a fan of the genre and it’s easy to get engrossed in the story being told so I highly recommend checking it out, should you be able to look past some minor criticisms. 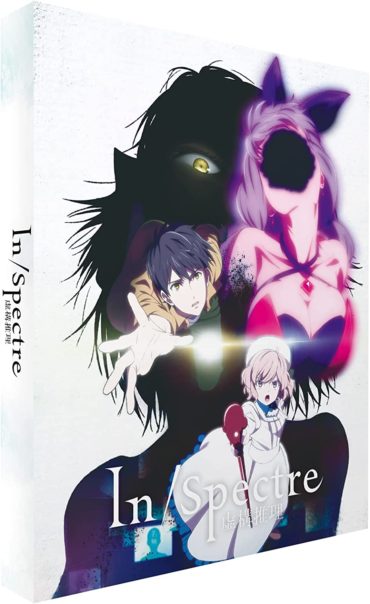 Anonymous Noise offers a compelling and memorable shojo series. The twin focus on love and music gives this anime adaption a lot to work with and it certainly delivers. Hard to look away from and easy to fall in love with, this is a show not to be missed if you like this genre.