Is This a Zombie? and Is This a Zombie? of the Dead are a 22-episode duology which aired in 2011 and 2012 respectively. The overall series is based on the light novel of the same name by Shinichi Kimura, with art by Kobuichi and Muiririn. It tells the story of high school student Aikawa Ayumu, who meets his untimely demise thanks to a serial killer, only to be resurrected as a zombie through necromancer Eucliwood Hellscythe, or Eu for short. 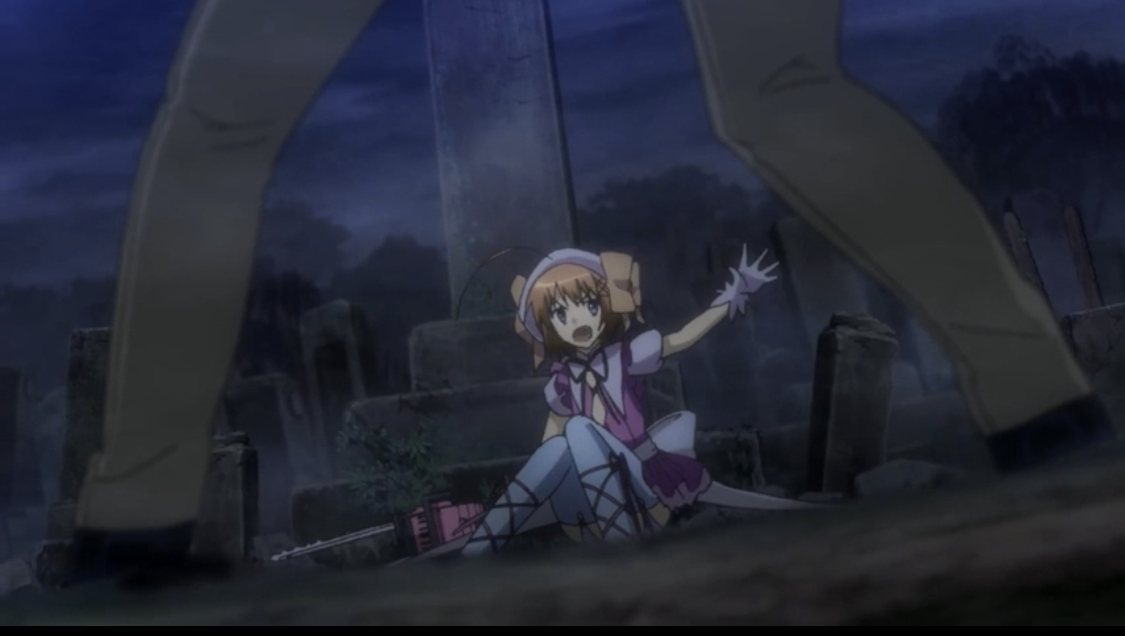 The narrative sees Ayumu taking up the role of Eu’s guard, only for hijinks to result, as an encounter with Haruna, a Magical Garment Girl (translated from a pun on “mahō shōjo” which means Magical Girl), leaves him inadvertently taking on her role after he takes away her abilities, effectively becoming a cross-dressing Magical Girl in the process.

He also becomes acquainted with a tsundere vampire named Seraphim who wishes to serve Eu but is rejected so instead begrudgingly becomes Ayumu’s servant in an effort to persuade her (though secretly also to get closer to Ayumu). With the help of what essentially becomes his harem Ayumu battles demons, referred to in-universe as Megalos, in the effort to discover just why he died in such a fashion. 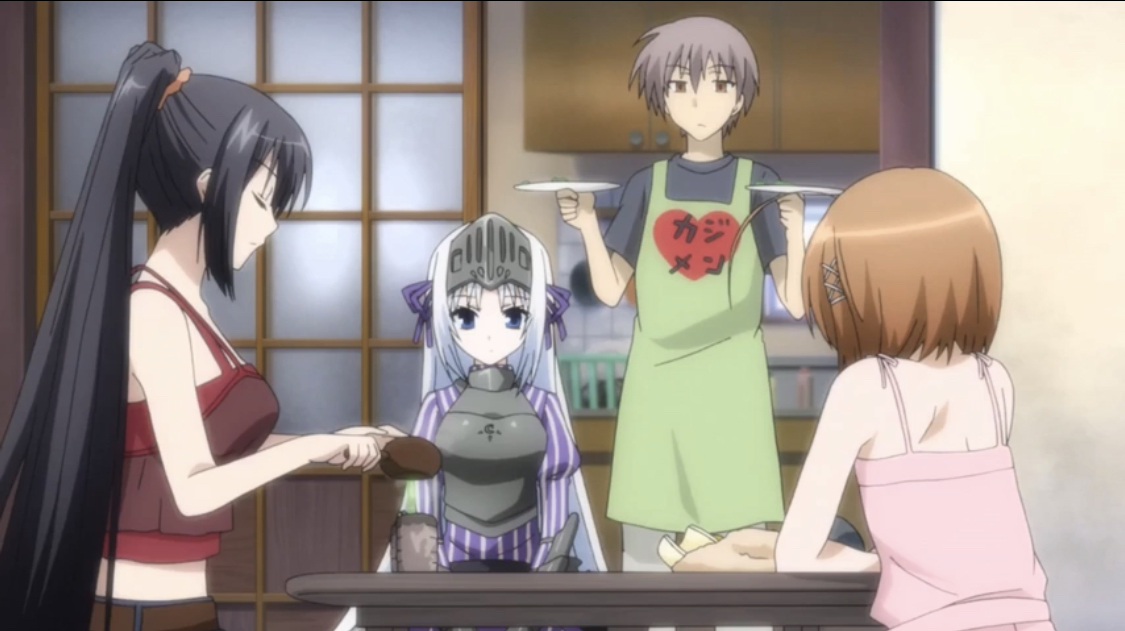 From this synopsis the themes of supernatural comedy with ecchi elements become clearer and the series mainly sticks to the familiar formulas of the genre whilst being quite humorous in the process. The idea that this harem is actually people that can barely stand one another is a refreshing take on the trope…until they do end up being interested in Ayumu, that is. 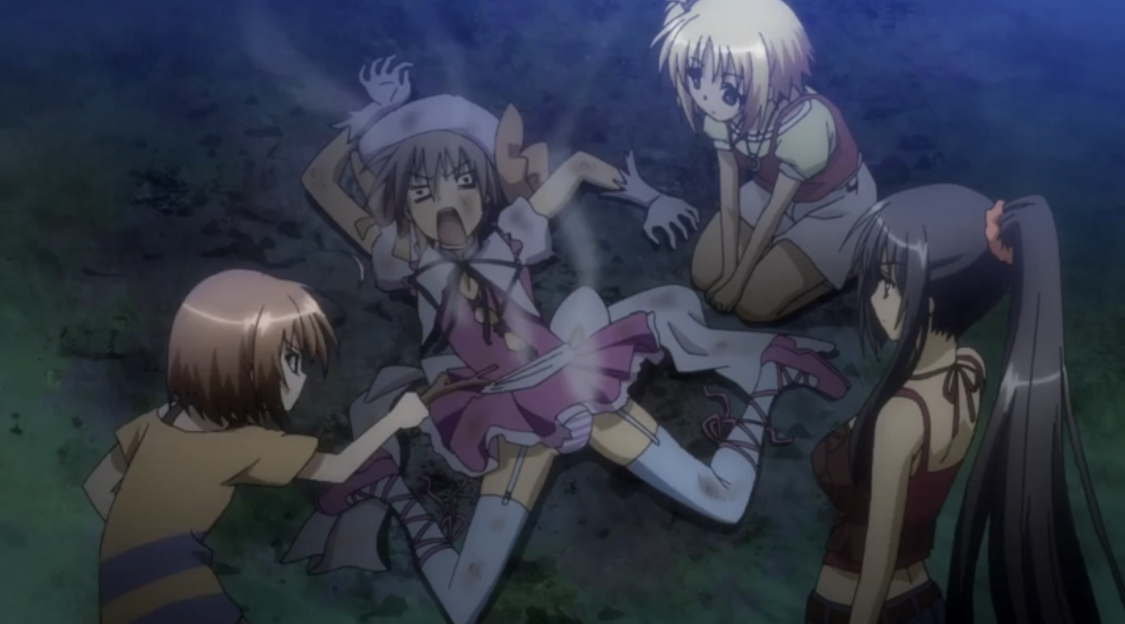 The basis for the story, as laid out above, results in a two-season anime that isn’t anything spectacular but isn’t trying to be – it’s a fun supernatural romp that features some decent battles and interesting worldbuilding like spins on familiar mythological beings and develops its character backstories reasonably well. 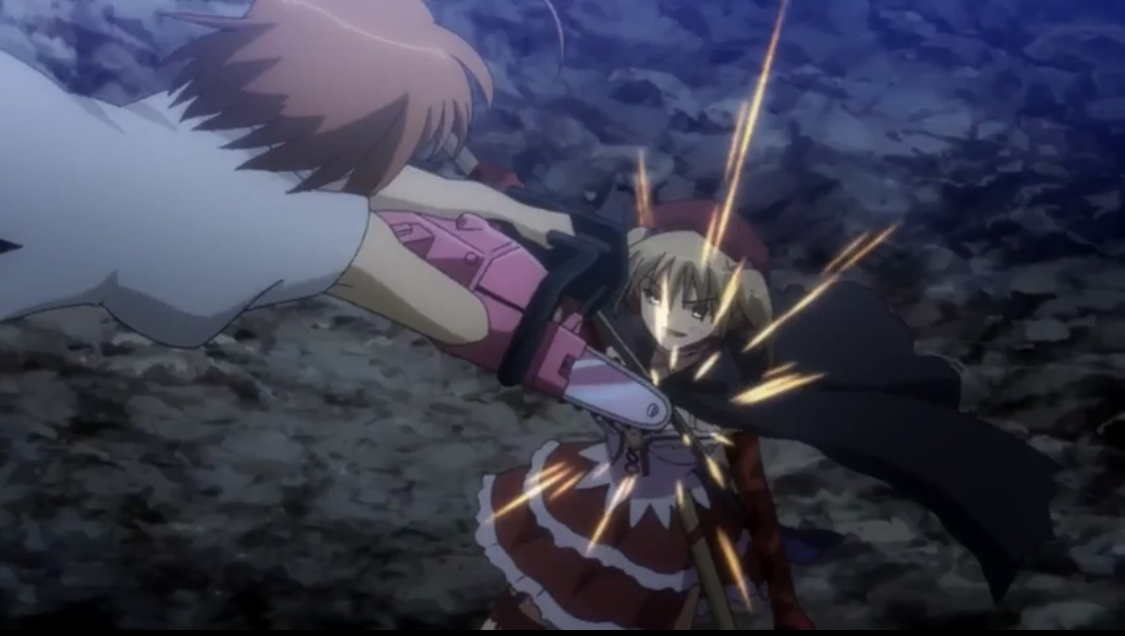 The series also perhaps takes itself a bit too seriously at times, allowing the comedy to creep in and undermine these serious moments. I also wasn’t much of a fan of the final episode the first season, which is more or less the familiar concept of the pool episode, complete with a talent competition. It felt rather jarring from a tonal perspective following the more serious climax that had just come before. 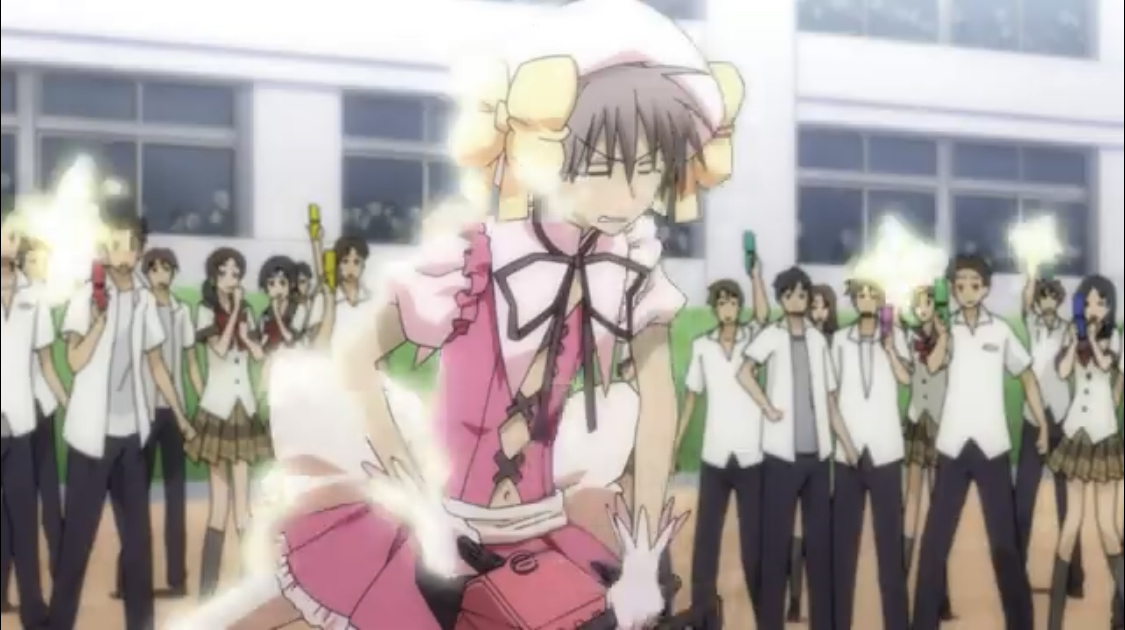 Of the two seasons, I felt that the first is stronger overall as the second shows signs of fatigue with its comedic episodes and lacks the more engaging plot of the first. Story progression in the second season also feels slow with the story taking less prominence than the comedy-focused plot. An underwhelming villain doesn’t help matters here either. The second season does introduce some new characters though, including the soft-spoken Taeko and a warrior from the Underworld named Negrelia. 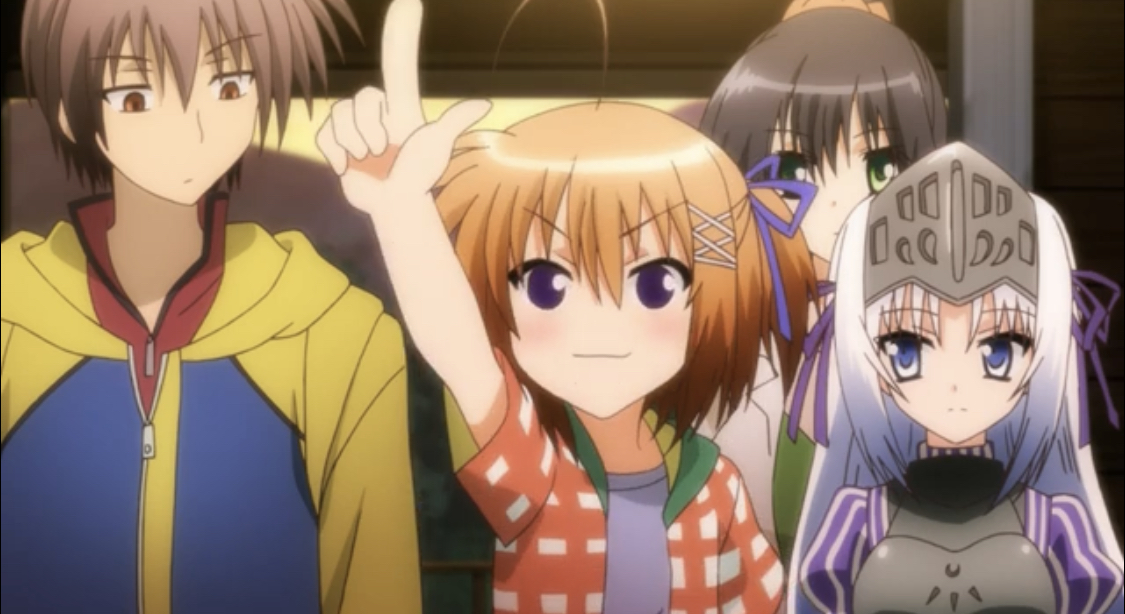 Looking at the voice cast I thought the lead VAs in Junji Majima and Kotono Mitsuishi, portraying Ayumu and Eu, present the characters’ personalities well and also realise the more serious moments; the rest of the supporting cast holds up overall. I did not listen to the English Funimation dub for this review, but the option is there for those who prefer it.

The animation was handled by Studio Deen and was directed by Takaomi Kanasaki (School Rumble 2nd Semester) who would go onto direct KonoSuba. The action set pieces are decently handled here and the use of pink ties into the overall branding for the series.

Both series feature a score composed by Makoto Uezu, who also worked on KonoSuba and other notable anime including Assassination Classroom and The Heroic Legend of Arslan. His work here hits the juxtaposition of comedy and supernatural shonen scenes pretty well. Yoshikazu Iwanami, who has worked on too many series to count, provides sound direction here.

Is This a Zombie? and Is This a Zombie? of the Dead are presented by MVM Entertainment across four discs, which replicate the Funimation releases from 2014 and 2015 under the anime classics range. The release for Season 1 unfortunately does not contain the OVA for Season 1 as featured on the DVD release.

The picture quality is solid and offers a decent upgrade from the DVD releases, and the sound quality is also good across the Japanese and English audio options.

Special Features include episode commentaries and a video commentary, plus Textless Songs and U.S. Trailers.

To conclude, both seasons in the Is This a Zombie? series provide a supernatural comedy series with decent action and, depending on your personal pretence, comedy that utilises the off-kilter premise and story, though for me the first season is stronger than the second in terms of story development. 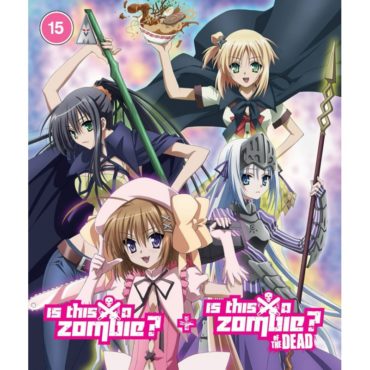 ARIA the Natural continues to deliver a wonderful series overall that builds upon its characters, settings, and thematic qualities. The longer season provides some real highlights that enhance the quiet yet endearing and unique atmosphere.