In 2012, dance became a required part of the middle school curriculum in Japan. Now there are more than 2,000 middle and high school dance clubs, comprising more than 6,000 members. 5% of that number are boys. 95% are girls.

Kaboku Kotani has struggled all his life to express himself in words; he has a speech impediment and stutters, especially when under stress. So, starting high school is going to be a challenge, even though he’s kind-of come to terms with his problem, albeit he’s resigned himself to living with it. But then he sees a pink-haired girl dancing alone and, transfixed, he can only stare at her in admiration. Her name, he discovers, is Hikari Wanda – and she’s in his class! Inspired by her example, he bravely goes along to the school dance club – which is almost exclusively girls. Encouraged to join in the warm-up session by the club president, On Miyao, he soon realizes that he’s way out of his depth. Everyone’s doing great – and I suck! But Hikari is there too, and she has a way of helping him believe in himself that leads to him beginning to experiment and express himself. His tall frame is ideal for basketball which makes it the most obvious choice of club for him – but he can’t stop thinking about the dance club and Hikari. Can he overcome his self-consciousness and audition with Hikari to take part in the upcoming competition?

“If normal is the best I can hope to be, no matter how hard I try… then I’d rather do what I want to, even if that makes me weird!”

Any manga set in the world of dance, drama, music or art will always catch my interest and Wandance’s premise is an intriguing one. The on-line publicity compares it to Blue Period and, I suppose, it has certain similarities in that it features a high school boy discovering he has a talent – and a need – for self-expression that opens up a whole new world of possibilities for him.

Coffee also creates ecchi manga/doujinshi under the name Mame but this is the first of their manga to be published in English. Coffee devotes many panels to portraying the young dancers; the images are at once sketchy and fluid, skilfully giving the reader a vivid impression of movement. From time to time, we learn alongside Kaboku the techniques and styles employed by the more experienced dancers like the club president: hip-hop, popping and locking, waacking… Every now and then the music used is named: “Lost in Japan” by Shawn Mendes & Zedd or “Finesse” by Bruno Mars – and it’s great to see how the dance-club members (and Kaboku) pay so much attention to the music that’s inspiring them. And even though some of the publicity for the series talks specifically about hip-hop dance, Hikari is singled out by her peers as an original, someone creating her own movements, free-styling, as is the club president, On-chan who coaches the members with much helpful advice from her own lived experience.

Wandance (WonDance in the original version) is translated for Kodansha by Kevin Steinbach who also provides three pages of very useful and detailed translation notes at the end after the bonus chapter: Kotani-Kun of the Dance Club Stutters. Nicole Roderick’s lettering is clear and delivers the different modes (speech, thoughts, sfx) very effectively. The text includes a two-page spread with individual pictures of all the members of the dance club and a step-by-step breakdown of a move called ‘The Crab’ as demonstrated by On-Chan. There are also four attractive colour pages at the start which showcase Coffee’s lively and striking dance-inspired art.

Wandance is an ongoing series currently at eight volumes in Japan; the second volume is already out from Kodansha, with the third due in October 2022. After such a lively beginning, it’ll be fascinating to see where Coffee takes his two protagonists in the world of freestyle dance. 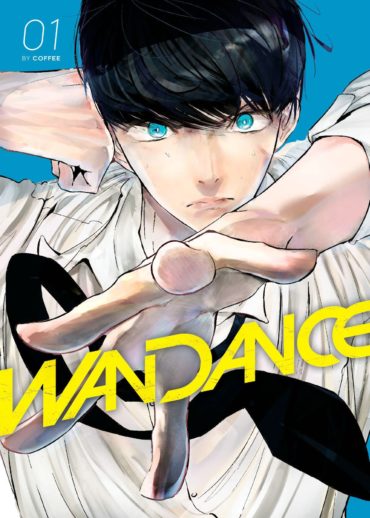