Readers of Anime UK News may have already heard of the name Koji Suzuki before thanks to his famous Ring series. Today I’m here to take a look at The Shining Sea, a standalone novel originally written in 1993 which has just been brought to the West thanks to Kodansha.

Our story begins with the assistant director of neuropsychiatry at Matsui Hospital, Toshitaka Mochizuki, who finds himself dealing with an unusual patient. This patient is Sayuri Asakawa, a young woman who has been brought to the hospital after trying to commit suicide by drowning in the sea. After her traumatic event Sayuri is unable (or potentially unwilling) to speak and won’t engage with any of Toshitaka’s questioning. All she does is hum a song, a song that ends up being familiar to a fellow patient at the hospital.

When Sayuri first comes to the hospital, she’s a Jane Doe with nothing to identify her or give any indication as to where she came from, who her family are or anything else. With nothing to go on, Mochizuki struggles to figure out how best to help her. There’s also the fact that she’s pregnant and that surely means there is a partner of some description out there. Is he searching for her? Mochizuki doesn’t know, but he uses the song she hums as a starting point for an investigation that reveals far more than he could have ever imagined.

When we first meet him, he has no idea about Sayuri’s suicide attempt nor the fact she’s currently pregnant with his child. It’s not until he receives a letter from Takeshi Sunako (the patient who recognises Sayuri’s song and helps Mochizuki investigate), that he learns of what’s been happening back home. But Yoichi’s relationship with Sayuri had been falling apart before he jumped aboard the ship, so this news doesn’t encourage him to return anytime soon. On top of that, Yoichi has his own problems with his new life and the shipmates he shares the job with…

On the whole, I found The Shining Sea a difficult read. Of course, anything that starts with a suicide attempt isn’t going to be sunshine and roses but this is a book that pulls no punches. The more we learn about Sayuri, the more we realise she’s a deeply troubled person, only made worse once the story shifts to Yoichi’s perspective who spent so long by her side as her partner. As well as Sayuri’s story, Yoichi’s sections are filled with abuse of multiple descriptions as well as another suicide scene, so it’s not at all easy reading.

By the time I was finished, I was glad to have read it, not least because I haven’t read any of Suzuki’s work before. I can certainly see why people like his books; he’s good at conveying a sense of realism and making it feel as if anyone could end up in these unfortunate situations, should life lead them that way. But I will say I wish that we’d spent the entire book from Mochizuki’s perspective because I didn’t like Yoichi’s character and I feel that his struggles on the boat were a lot weaker than Sayuri’s story.

Having Yoichi show us the perspective of how Sayuri was before coming to the hospital was interesting, but I think there are other ways Suzuki could have shown us that, without Yoichi having such a large chunk of the book revolve around his struggles. But maybe it simply comes down to the fact that Mochizuki’s circumstances are far more interesting to me; he has a very detached personality which puts him in the perfect position to theorise about Sayuri and work out how to treat her. Either way, this bothers me enough that, combined with such heavy subjects, I can’t readily recommend this to everyone. I think you need to be particularly invested in the premise or the author to fully enjoy it; any kind of lukewarm feelings toward this book is going to leave you not enjoying it.

As previously mentioned, The Shining Sea comes to the West thanks to Kodansha’s Vertical imprint. It has been released as an attractive hardback and is translated by Brian Bergstrom. The translation is okay, but there were quite a few passages where the character speaking changed and there was no real indicator of who was speaking which made it confusing to follow in places.

The cover of the book is also difficult to read, given the black text against the sea-inspired colours doesn’t particularly contrast well. I am quite disappointed by this since this is an original cover for the English release, the two used for the Japanese releases are completely different and would have contrasted better with the logo design and stood out on a shelf. It looks better digitally than it does in paper and print.

Overall, The Shining Sea proves an interesting read for mystery fans, but I wouldn’t advise going into it expecting a light read; this novel is heavy and threatens to overwhelm the readers with its emotions and subject matter. If you’re okay with that, then it’s certainly a story worth experiencing. 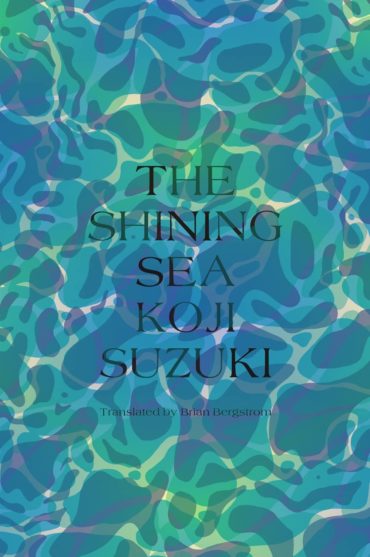