On 25th March I was invited to a press screening of One Piece Film: Red thanks to Fetch Publicity, who created a cosy atmosphere for all their guests at London’s Soho Screening Rooms.

In One Piece Film: Red we find all our favourite pirates (if you don’t know who I’m referring to, read this post and run to watch or read the series) attending the concert of Uta-chan, one of the best singers in the world. It’s her first time performing live, and the Straw Hat crew, led by Luffy, couldn’t miss it. Can you imagine Sanji passing up the chance to see a beautiful lady?

Well, surprise, surprise, Luffy knows Uta. In fact, they were childhood friends, and get ready… Uta is Shank’s daughter. Luffy, being Luffy, announces it to the world, and now the pirates, the Navy and the World Government want to get their hands on her, whether to blackmail Shanks or use her power of the Sing-Sing devil’s fruit. 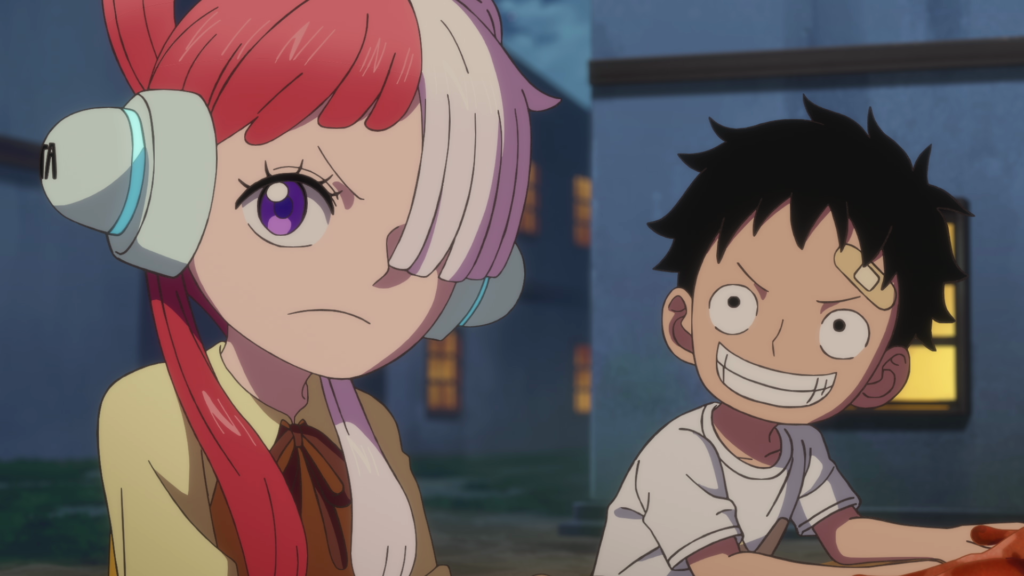 Everything seems to go well, and the spectators thoroughly enjoy the concert, both in-person and through the transponder snail screens (yes, readers new to One Piece, this manga/anime has snails to replace telephones and TVs), but things turn dark pretty quickly. Uta is not the singing-loving girl that Luffy used to remember. Growing up alone, with no friends and family around her, has twisted her and her ideology of justice.

When things spiral out of control with the arrival of Tot Musica, a.k.a. the Demon King, it’s up to Luffy and the Straw Hat crew to save Uta and the entire world (yes, that includes saving the Navy too).

Let’s start by saying that I come from a country where every movie, series and anime gets dubbed, no matter where it’s from. So, watching the movie in the original language but with English subtitles was a nice change. It made me focus completely on the movie, as my mind couldn’t wander, otherwise whole chunks of dialogue would be missed.

The movie has a lot of familiar faces from the pirates, the Navy and even the Celestial Dragons, but the newest character is Uta. My opinion of her changed pretty quickly. At the beginning I couldn’t help but compare her to Musa from Winx Club, but the more the story progressed, the more that comparison fell through. Uta and Musa might be similar characters, but Uta’s personality is way more complex. We get an overview of her childhood, and although at times she looks like a spoiled brat, there is a reason why she behaves the way she does. She believes she is doing the right thing, and although it’s twisted, it’s the only thing she has ever known. 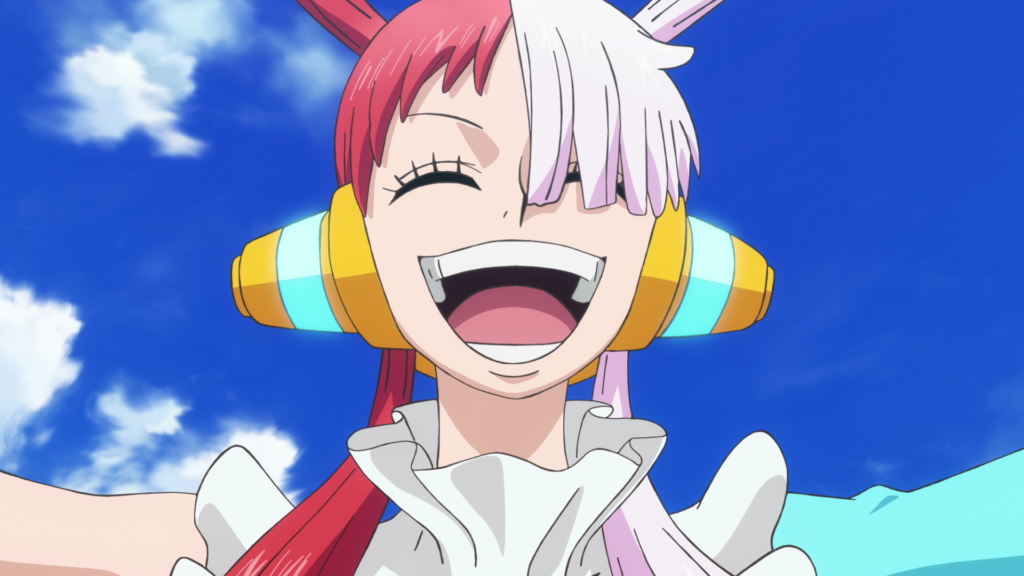 Thankfully, she has two crews of pirates to look after her­­­: Shanks’ and the Straw Hat’s. When it seems like all hope is lost, Luffy and Shanks, two of the emperors of the sea, fight side by side albeit without meeting. And I’m so looking forward to that meeting. After over a thousand episodes, 18 movies and more than a thousand chapters, Eiichiro Oda, the series original creator, is not tired of playing with his readers’ hopes. But at the same time, having the two characters meet would mean that Luffy has become the King of the Pirates, and that would bring the series to an end. I’m definitely not ready to say goodbye to him and his crew. 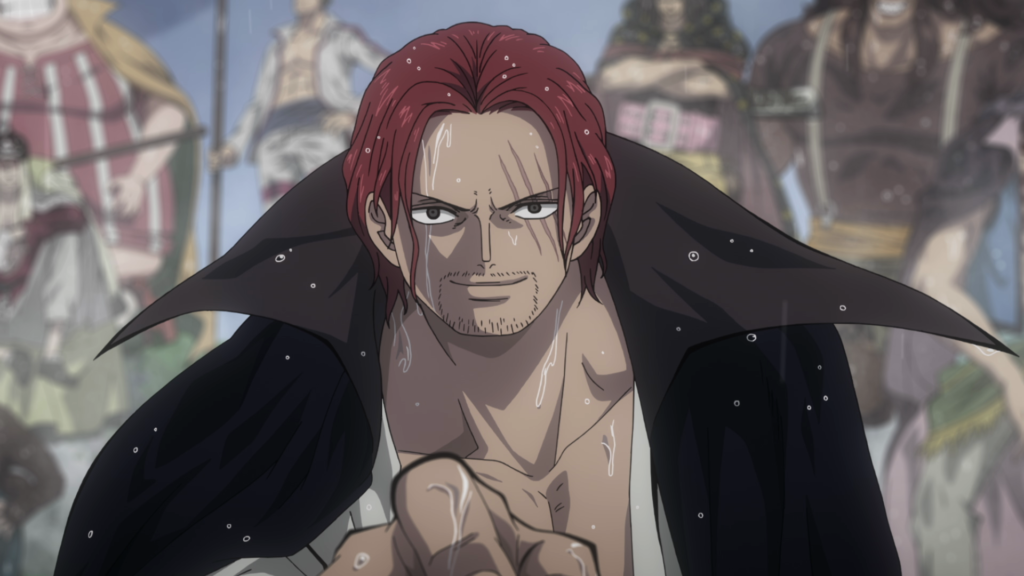 Most of the screen time is dedicated to Luffy and Uta, with the Straw Hat crew making just a few appearances, but not at all meaningless ones. Robin’s knowledge is essential in fighting against Tot Musica, and Usopp discovers a neat little trick while fighting him. I wonder how that will be represented in the anime series, or if it will be represented at all. 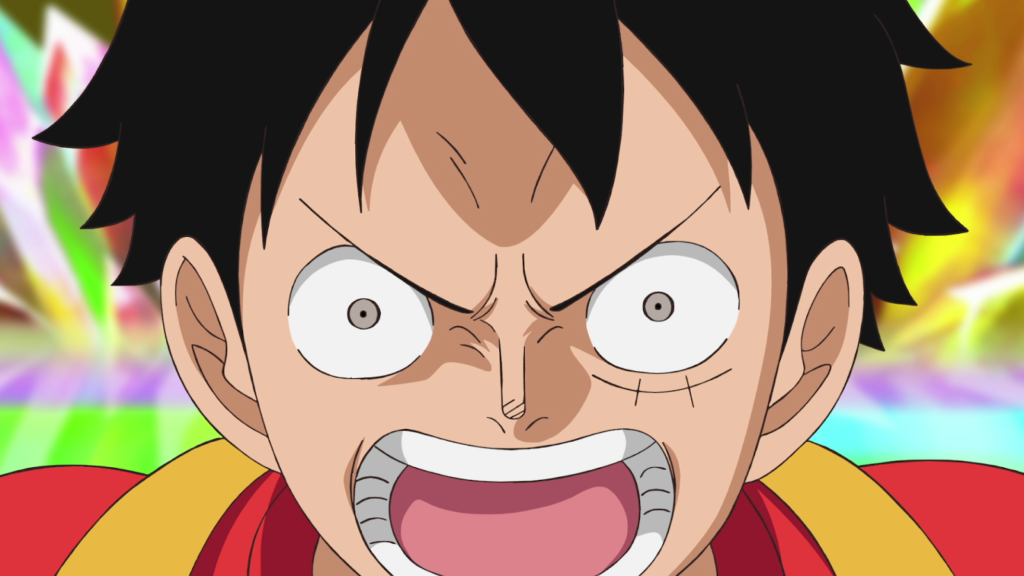 The music plays a huge part in this movie, making it one of the key aspects. Without it, there would be no movie as Uta’s power is based on sounds and lyrics. It is pretty cool seeing how her songs are based on her emotions and how that affects her fans and whoever is listening to her, like making them willing to overlook her twisted ideology. Uta sings rock, pop and even sweet and melancholic songs, so there is a music genre for everyone.

Although voiced by Kaori Nazuka, Uta’s singing voice comes from new powerhouse Ado. And that’s not all… the composer is award-winning Yasutaka Nakata. Nakata collaborated with different artists, including Hiroyuki Sawano, Motohiro Hata, Vaundy and Mrs. Green Apple, for each song to bring Uta’s feelings to the movie’s audience.

The ending is bittersweet. This series shows us that no matter how much we love a character, there is an ending for them too (remember what happened to Ace?). However, I’m not losing my hopes. One Piece is no stranger to plot twists, so who knows who might come back, or what adventure will await Luffy and his crew of pirates. And as usual, Eiichiro Oda doesn’t pull punches in showing the divide between who’s supposed to be good and who’s supposed to be evil. Historically, pirates have always been the ones on the wrong side of the law, and although the Straw Hat crew is not leading a lawful life, they go above and beyond in protecting everyone, no matter who they are. I wish I could say the same for the Navy, who is supposed to protect its citizens…

It’s not only Japan’s highest grossing film of the year, but it was also overseen by the one and only Eiichiro Oda, who worked closely together with other One Piece veterans: director Goro Taniguchi (One Piece: Defeat Him! The Pirate Ganzack!) who will also be present at the UK premier, and screenplay writer Tsutomu Kuroiwa (One Piece Film: Gold). 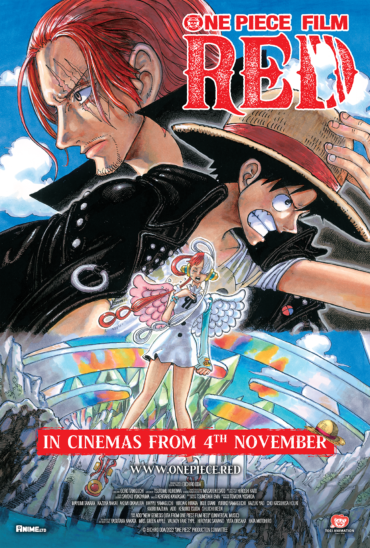 One Piece Red coming to UK cinemas from 4th November!