I’ve found that often being a fan of anime and manga goes hand-in-hand with an interest in Japanese culture and tradition. The influence Western media has had on them is well-known of course, but to my mind it had more of a bearing on the superficial, aesthetic side of things; from a thematic and character-driven point of view the domestic approaches to storytelling, not to mention spiritual and cultural ideas, are more significant in making anime and manga different from their Western equivalents. What interests me most then is how anime and manga tells a story differently, and shows the world from a different perspective than movies, TV shows and books written in the USA and Europe do. 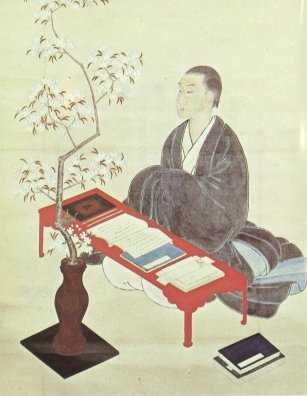 A case in point is the idea of Mono no aware. There isn’t really an English equivalent to this, although the literal translation of “pathos in things” goes some way to explaining it. It’s a descriptive phrase that describes the bittersweet feeling that comes from observing the wonder and transient nature of one’s surroundings; it apparently came about through Motoori Norinaga, an Edo-period scholar (above) who was studying the classical piece of literature The Tale of Genji. In the two centuries that followed it became a widespread descriptive term in other pieces of Japanese literature and also those who observed the changing world, which I’m guessing was especially noticeable during the great social upheavals of the Meiji restoration onwards.

I must confess that my knowledge of pre-Twentieth Century Japanese history is very scant indeed, and likewise for classical Japanese literature. Nevertheless, my relative ignorance of the country’s culture makes me all the more interested in learning more about it, not least because it’s so different from the European society I’ve grown up in. The concept of mono no aware, which initially came across to me as the preserve of literature experts, explains one heck of a lot about their modern popular culture and storytelling, anime and manga included.

The manga and OAV adaptation of Yokohama Kaidashi Kikou (Yokohama Shopping Trip) is one prime example that conveys the mono no aware concept. It’s a soft sci-fi piece, focusing on the day-to-day life of Alpha, a humanlike android who runs a rural coffee shop. It is set in a future in which an unspecified environmental calamity has caused a rise in sea level and as a result urban civilisation has all but collapsed and humans are dwindling in number. In this post-apocalyptic worldview, much has been lost: there are fewer of us, cities and roads are submerged and our species is looking its autumn years clearly in the face. While there’s a definite sense of melancholy in YKK, the general philosophy that people have is that of a calm acceptance and a sense of enjoyment in the simpler things that remain, and seeing a different kind of beauty in the changing landscape. 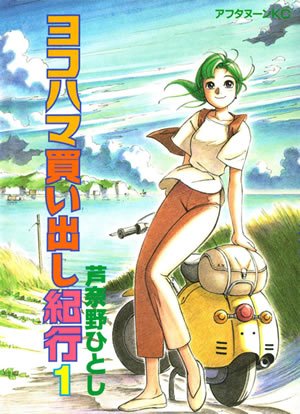 Yokohama Kaidashi Kikou: never has a dystopia looked so beautiful

Rather than get all angsty about how civilisation is slowly but inexorably fading away, the characters enjoy a peaceful and idyllic life, full of reflection and wonder for the world around them. Nobody gets stressed, angry or downbeat; they go about their usual routines with moments of sadness or disappointment met with quiet resignation. The English phrases “life goes on,” “the good old days,” or “these things happen…” are summed up with one succinct phrase that encompasses poignancy and bittersweet sentiment. Far from being depressing, I find this outlook to be a constructive and philosophical way of dealing with life’s troubles.

What intrigued me most about the mono no aware concept is that it can be attributed to other productions too. The iyashikei, or ‘healing’ anime category relies much on the quiet introspection that goes along with the mono no aware philosophy and as such shares its melancholic observation of life trials and absurdities with relaxed introspection. As I mentioned a while back, the likes of Aria and Only Yesterday share a similar array of feelings and ideas but the more I looked into all this, the more instances I found.

Sakura (cherry blossom) is a popular motif in anime that I’m sure you’re familiar with. It’s one of the most recognisable clichés in the medium, after all: you only have to watch a high school romance show to see how frequently it appears in the background or is used to enhance the impact of an emotional or dramatic moment. The nature of sakura blossoms is that of beauty that is fragile and transient: the petals make the world a more beautiful place for a little while, then scatter and die away. The short periods during which the sakura bloom is a recurring theme in the arts and even get mentioned in national weather forecasts at certain times of the year; the symbolism and importance is then, I’m sure, clear to you. 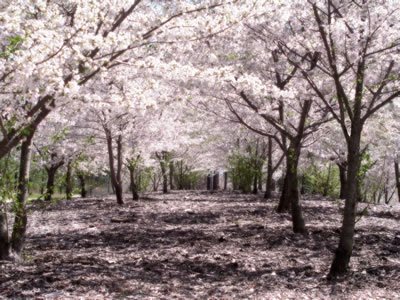 The preservation of the cherry trees that formed a latter story arc in Clannad and Makoto Shinkai building the concept of a whole film around the symbolism behind the speed at which the sakura petals fall are just two recent and well-known examples of how even animated entertainment in Japan draws from one of its recurring literary devices. In fact, quite a lot of the more relaxed and introspective anime and manga incorporates sakura and the mono no aware philosophy it represents, in addition to the classical pieces of Japanese art that we Westerners are less familiar with.

I’ve always thought of Japan as a very forward-looking culture; they are after all renowned for their industry and embracing of technology, but at the same time the likes of shinto shrines and gardens (containing avenues of pretty-looking cherry trees, of course) are still common and are favourite tourist attractions in addition to the high-rise, futuristic cities. Perhaps when a nation is so eager to look to the future it is more keenly aware of the past: the world moves ahead, technology brings about rapid change and the status quo is indeed transient. It makes sense then that a modern country that is nevertheless proud of its traditions values a sense of bittersweet nostalgia, and uses some recognisable symbols in its popular culture to convey this idea.

My curiosity into this area has led me up some interesting avenues, not least the names of some historical names that I’ve never encountered in my Western-biased studies in history and literature. Mono no aware, and the related concept of wabi-sabi are quintessentially Japanese concepts, but as such they have their roots in buddhist rather than Christian philosophies, and are frequently used in literary criticism and appreciation of the arts. This is an aspect of Japanese culture that is as fascinating as it is insightful, so I welcome any recommendations for further reading or, indeed, some relaxing and introspective anime or manga titles! 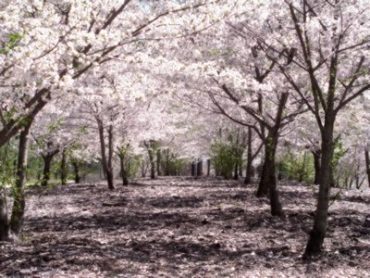 A moment of stillness: the appeal of iyashikei

After being lured into anime fandom through hard-edged science fiction and edge-of-your-seat action-fests I’ve always wondered how exactly I started to gravitate towards the whimsical drama and slice-of-life drama; my DVD collection and watch lists have taken on a split personality of sorts with the gritty thrillers and cyberpunk on one hand and mellow realistic … Continued

By special request of Otaku-san, we take time out from our usual diet of blood, guts and carnage to discuss popular visual novel adaptation, Clannad. Along with the original series we’ll also be talking about Clannad: The Motion Picture and AUKN’s number 2 series of the past decade, Clannad: After Story! Joining us for this … Continued