In the anime community, as a critic especially, one of the most frustrating experiences is when a show comes along that has a ton of hype behind it and gets critically praised by everyone, yet somehow, it doesn’t click with you. For one reason or another, you just cannot see what people see in a show. I think that everyone probably has at least one anime like that, and for me, the biggest one that comes to mind is My Teen Romantic Comedy SNAFU Season 1. I was incredibly excited to watch it, given how highly everyone rated it, but was ultimately very let down by what I thought was a pretty mediocre, run-of-the-mill, slice of life anime. Even watching it a second time to prepare for the second season, I remained thoroughly nonplussed by the whole thing.

So, when I heard that the second season was supposed to be even better than the first supposedly was, I thought that maybe this time I’d get it, this time everything would click into place and I’d finally fall in love with this franchise like seemingly everyone else has. Well, after actually watching My Teen Romantic Comedy SNAFU TOO!, I’m starting to think maybe I was a little bit too harsh on that initial season… 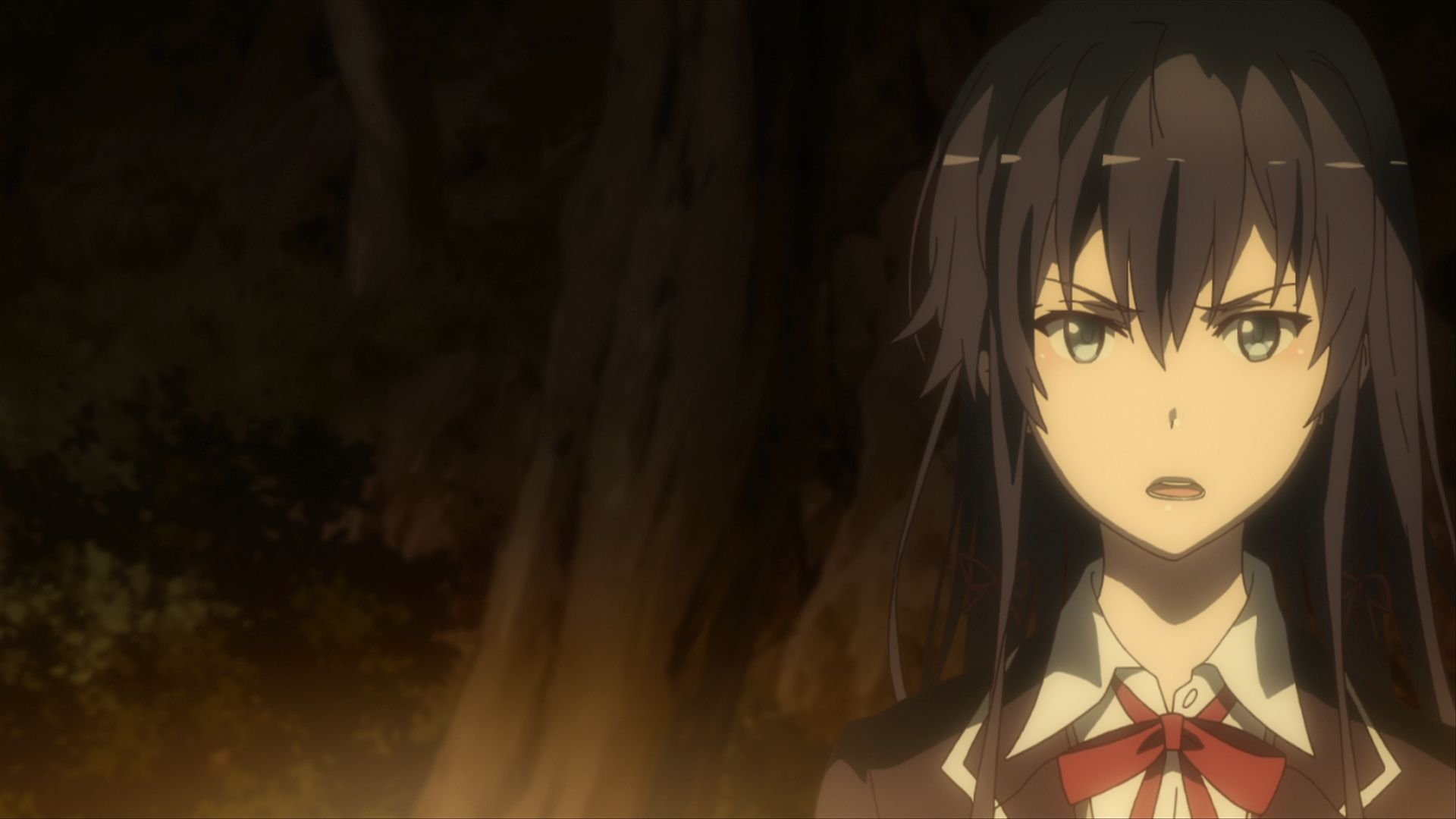 Yes, despite popular consensus about this sequel being superior to the original, I genuinely thought it was far, far worse than what came before, and it made for one of the most painful anime viewings I’ve had in my entire life. I’m not sure what confuses me more about this, the fact that anyone in the production of this thought what they were doing was actually good or the fact that I’m apparently the odd one out for thinking this is awful. Carrying on from where the first season left off, My Teen Romantic Comedy SNAFU TOO! shows the continued efforts of the Volunteer Service Club, including the cynical Hikigaya, the cheerful Yui and the ice queen Yukino.

One of the biggest changes between the first season and second season that is almost instantly noticeable, and is one of my biggest gripes with this series, is the huge shift in tone. Whilst I didn’t get many laughs out of it myself, Season 1 was, at its heart, a comedy, and was a fairly light- hearted affair most of the time, with little bits of drama here and there that kept things interesting between the characters. However, when it comes to Season 2, the majority of the comedy seems to have been totally thrown out the window in favour of cranking the melodrama up to 11. If you are looking to this for a laugh, look elsewhere, because you will find nothing of the sort here. Perhaps if you have some sort of investment in the characters from the first season, you’ll be able to invest yourself into the drama at play here, but as someone who didn’t even care in the first season, I can’t help but feel just utterly bored through each episode. I’m not even kidding, it felt like a chore to watch this, it felt like work. 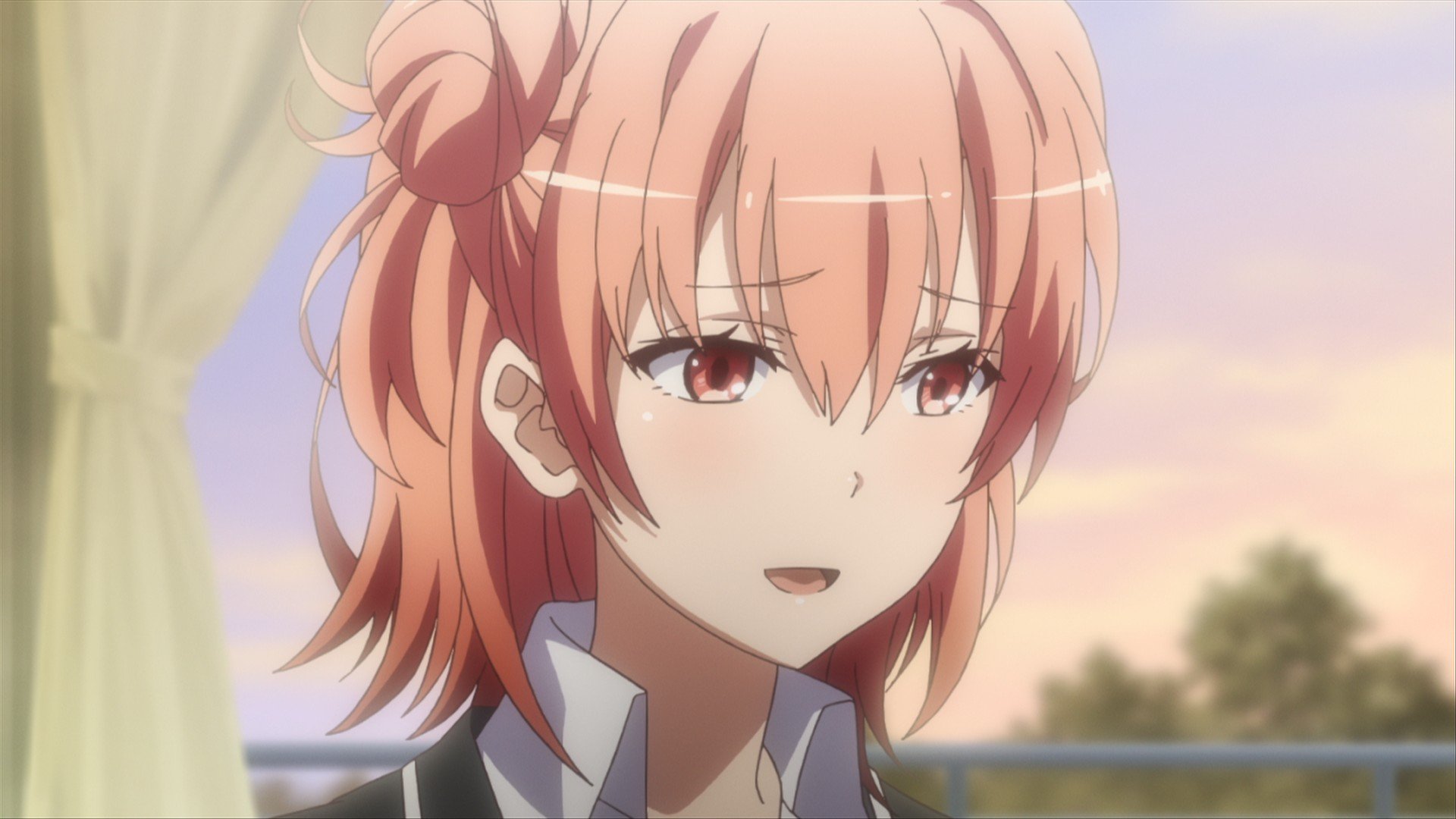 Compounding the issue of the unending tedious drama is the dialogue. My God, the dialogue in this show is unbearable. This was an occasional issue in the first season, but here it rears its ugly head once again and it’s a million times worse than it was before. It is just layered so thick with pretension that it occasionally borders on unintelligible and half the time the characters open their mouths, I tune out because everything they say just washes over me. All the dialogue is written to sound deep and meaningful but really it does nothing but turn me off the show and make me instantly want to stop watching. I’m not sure if this is more of a personal issue, or I just don’t get it, but it genuinely ruined the characters for me. Nothing that anyone in this show says sounds like something an actual human being would, and as such, every single character loses any and all relatability. One of the few things I actually did like about SNAFU in its initial outing is that I could relate to Hachiman in some way, with his antisocial attitude, but here I just can’t anymore. The only real saving grace here is Yui, who is pretty much the only person who doesn’t just spout a bunch of overly complex nonsense and is probably the only vaguely relatable character left on this show.

Full disclosure here, I have not seen the entirety of SNAFU TOO!. I genuinely couldn’t stomach more than four episodes. To some people, this might invalidate the review, but after some of the shows I’ve sat through and reviewed, this should tell you more about the quality than any words I could muster. 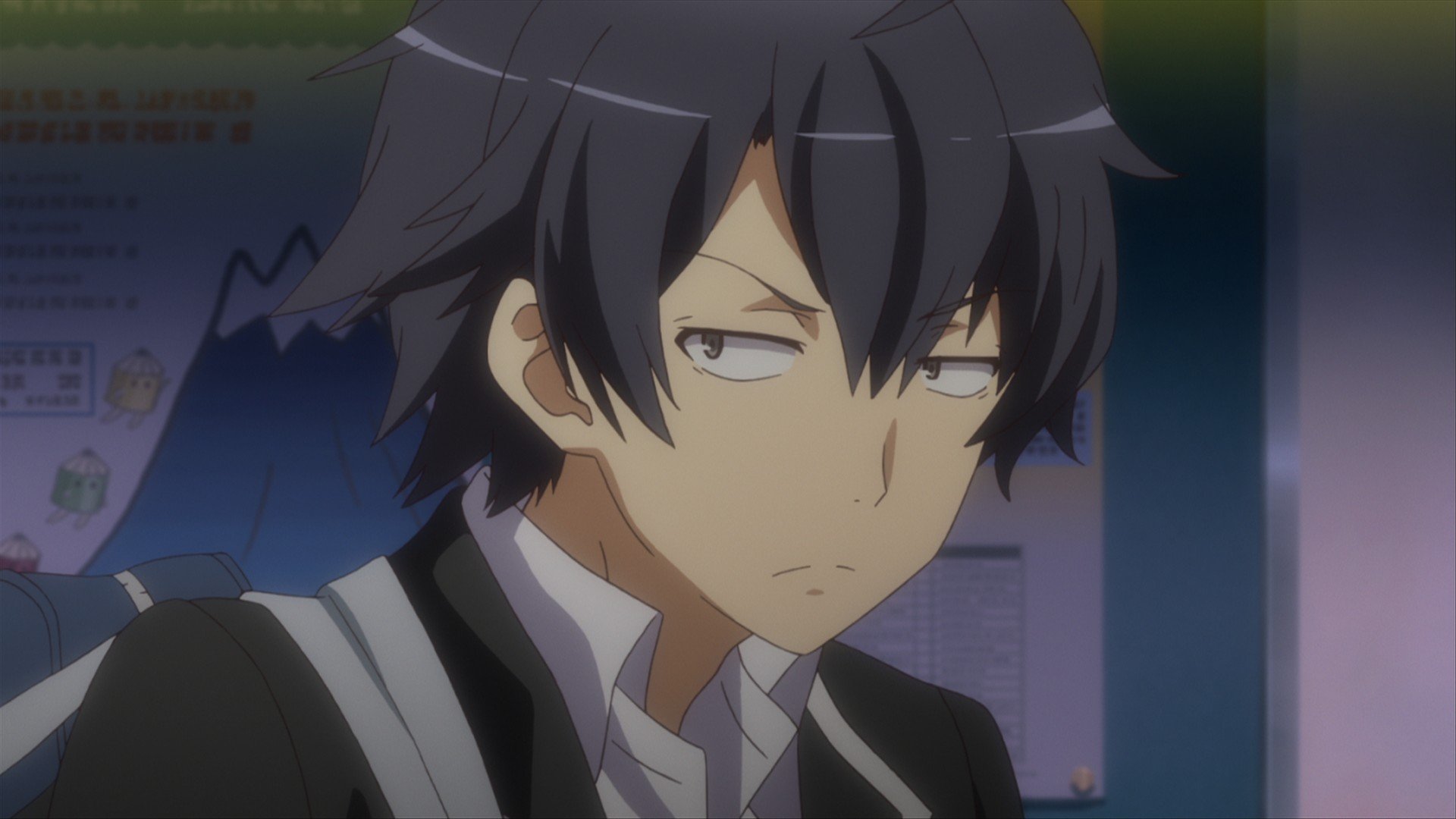 If there is a single thing about this that is better than Season 1, it’s in the animation. Switching studios from Brain’s Base (Baccano!, Durarara!!, Spice and Wolf Season 2) to feel. (Mayo Chiki, Dagashi Kashi, Outbreak Company), SNAFU TOO! has a much cleaner, rounder aesthetic than the rather angular designs of the original, which honestly looks a lot better and more polished as a result.

The voice acting in SNAFU TOO! is also pretty strong, with the great talent returning from the first season. Takuya Eguchi (My Love Story, Re:Zero, Gosick), Nao Touyama (Gate: Thus the JSDF Fought There!, Kiniro Mosaic, The Devil is a Part Timer!) and Saori Hayama all return to reprise their roles and newcomer Ayane Sakura (My Hero Academia, Charlotte, Is The Order a Rabbit?) joins the cast too, although I can’t help but feel all of their talent is wasted given the quality of the material. Also returning is monaca to provide the music, which is pretty good, although it does feature a fair amount of recycled tracks from the first season. Given that the music was good in Season 1 too, I didn’t mind too much. 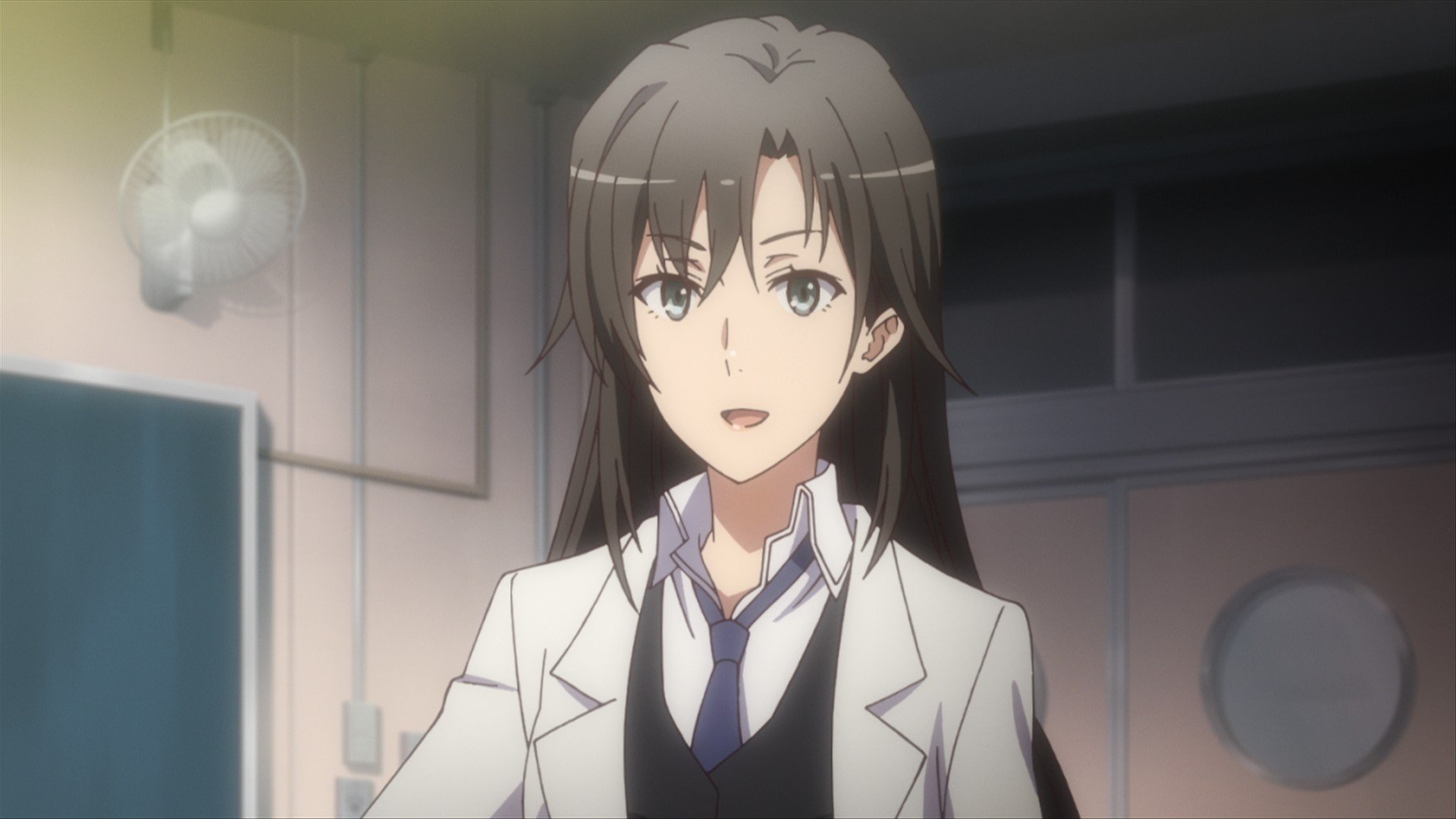 Animatsu’s release of My Teen Romantic Comedy SNAFU TOO! is Japanese audio only with English subtitles and features a Clean Opening, Clean Closing and trailers.

If you liked the first season of My Teen Romantic Comedy SNAFU, you’ll probably love this, but personally, I got far more enjoyment out of watching the seconds on my Blu-ray player tick by, so I knew how much more of the pretentiousness I’d have to suffer through before I could move on to something else that is less mind numbingly dull than this utter waste of resources.

Do you like this show? Please, let me know why in the comments. I am genuinely interested why people love this series so much. 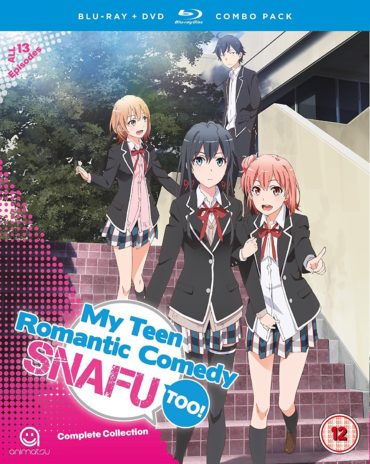