These titles were announced on their social media, in addition the list below are in order of appearance from Monday 11th all the way to Friday 15th September. 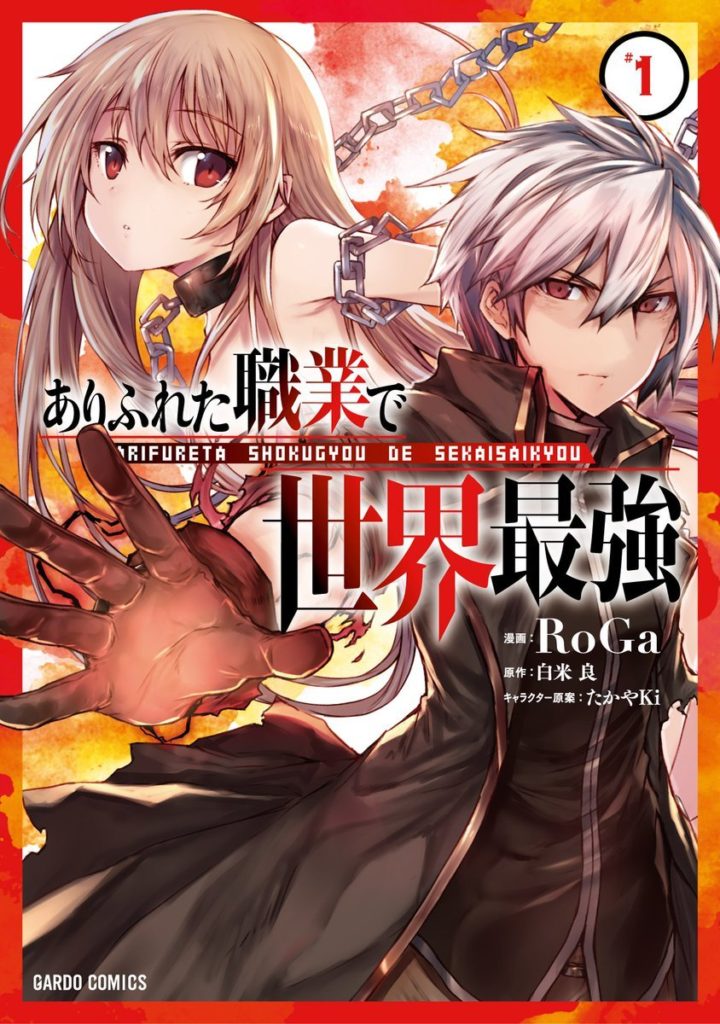 Arifureta: From Commonplace to World’s Strongest

By Ryou Hakumai and RoGa

When a classroom of students is transported to another world to act as its saviors, Hajime Nagumo finds himself the weakest link. As his friends and classmates are granted strong classes and impressive abilities due to their existing skills, he is given the weak title of Synergist. When a dungeon quest leaves him separated from his group, Hajime must discover his own talents or be left to rot in this world forever. 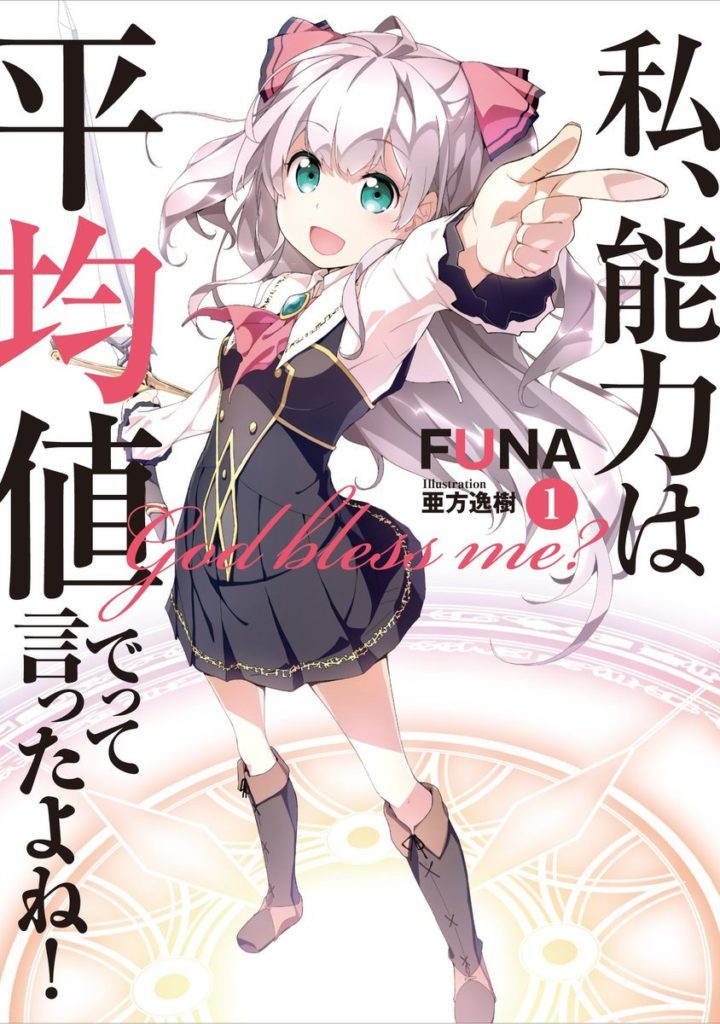 Didn’t I Say To Make My Abilities Average In The Next Life?!

When she turns ten years old, Adele von Ascham is hit with a horrible headache–and memories of her previous life as an eighteen-year-old Japanese girl named Kurihara Misato. That life changed abruptly, however, when Misato died trying to aid a little girl and met god. During that meeting, she made an odd request and asked for average abilities in her next life. But few things–especially wishes–ever go quite as planned. 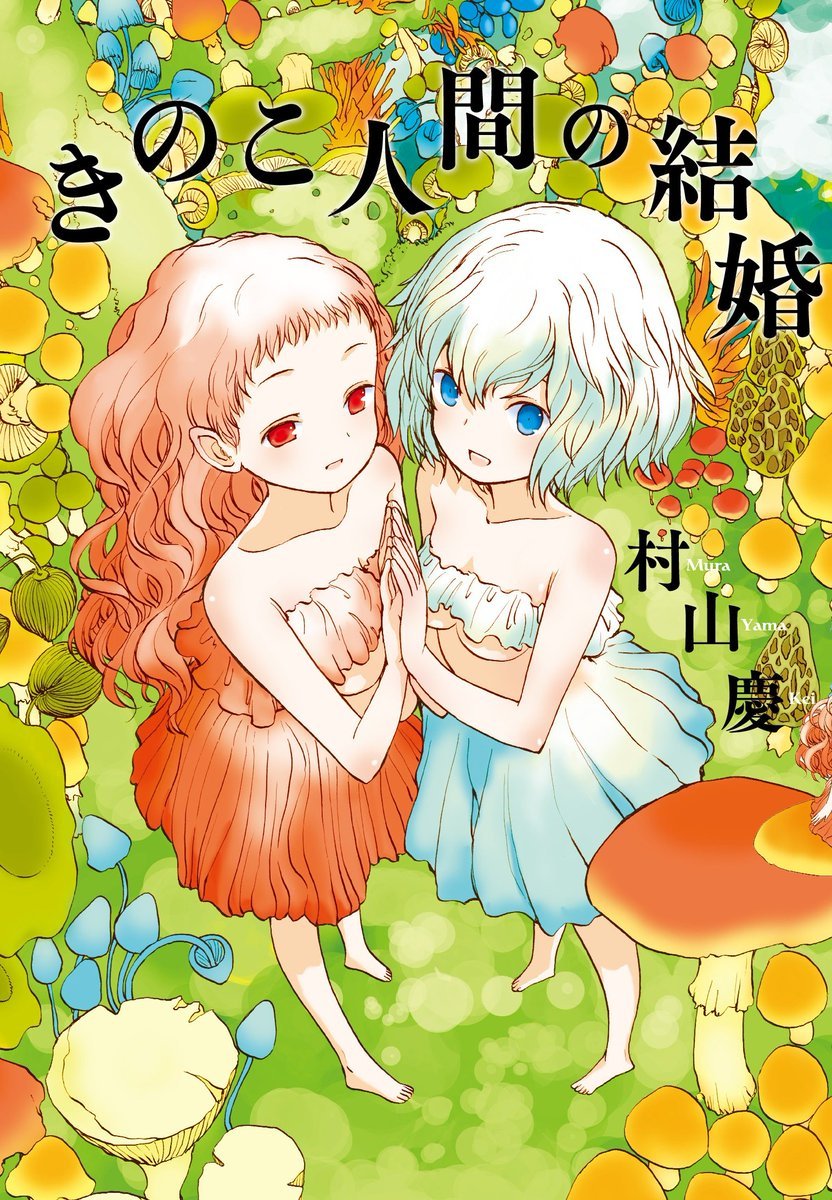 Our story begins on an all-woman planet of intelligent fungi, where Ariella and Eriella are about to get married! But they’ve got a long road ahead of them: illness, surgery, and even a dastardly royal plot that seeks to split them apart. Is their love strong enough to weather any storm? This offbeat, adorable, and dramatic one-shot is sure to please fans of yuri, monster girls, and enduring romance! 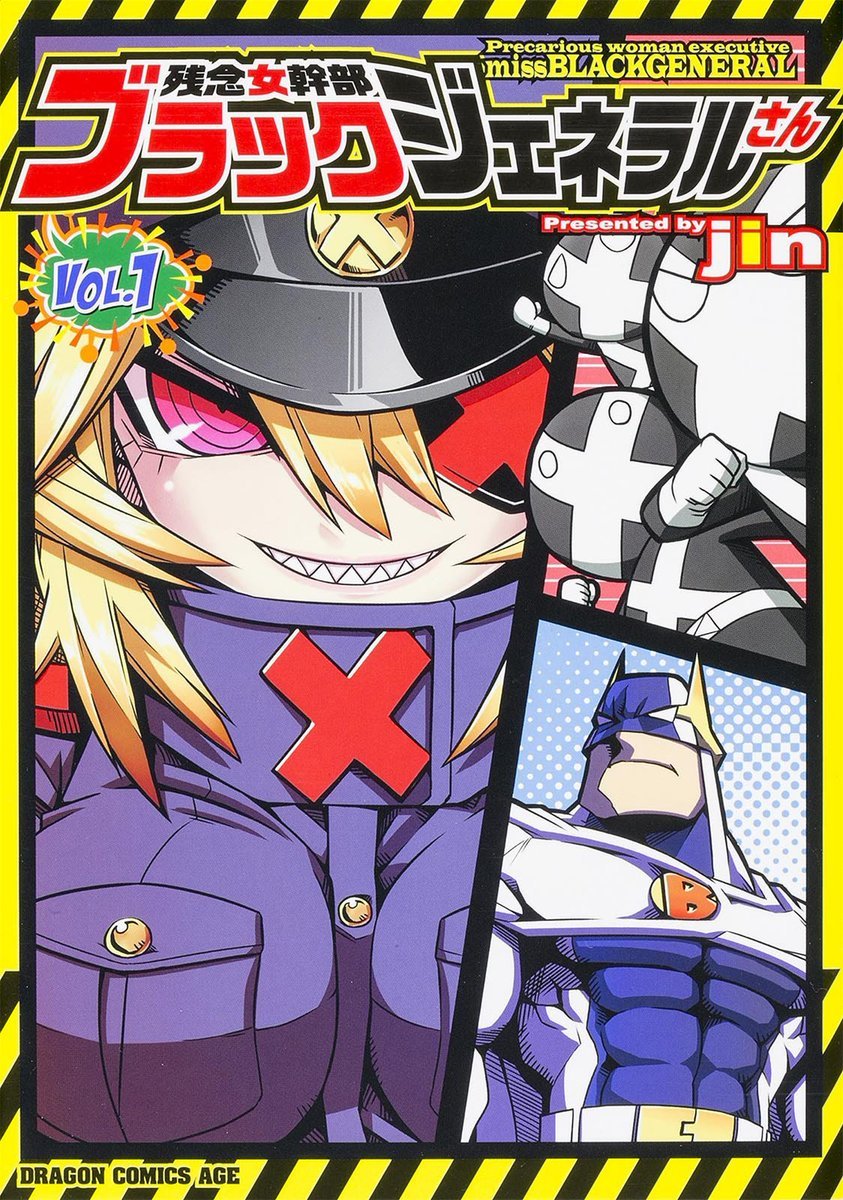 It’s not easy being a super-villainess when you’re crushing hard on your superhero nemesis. Miss Black General is the evil executive of the secret organization RX and dreams of world domination. Problem is, Brave Man–the hero that gives her warm fuzzies–is set on thwarting all of her dastardly plots. To make matters even more complicated, Miss Black General has a habit of misinterpreting Brave Man’s counterattacks–as flirtation. This slapstick comedy puts a romantic twist on the age-old battle of good vs. evil! 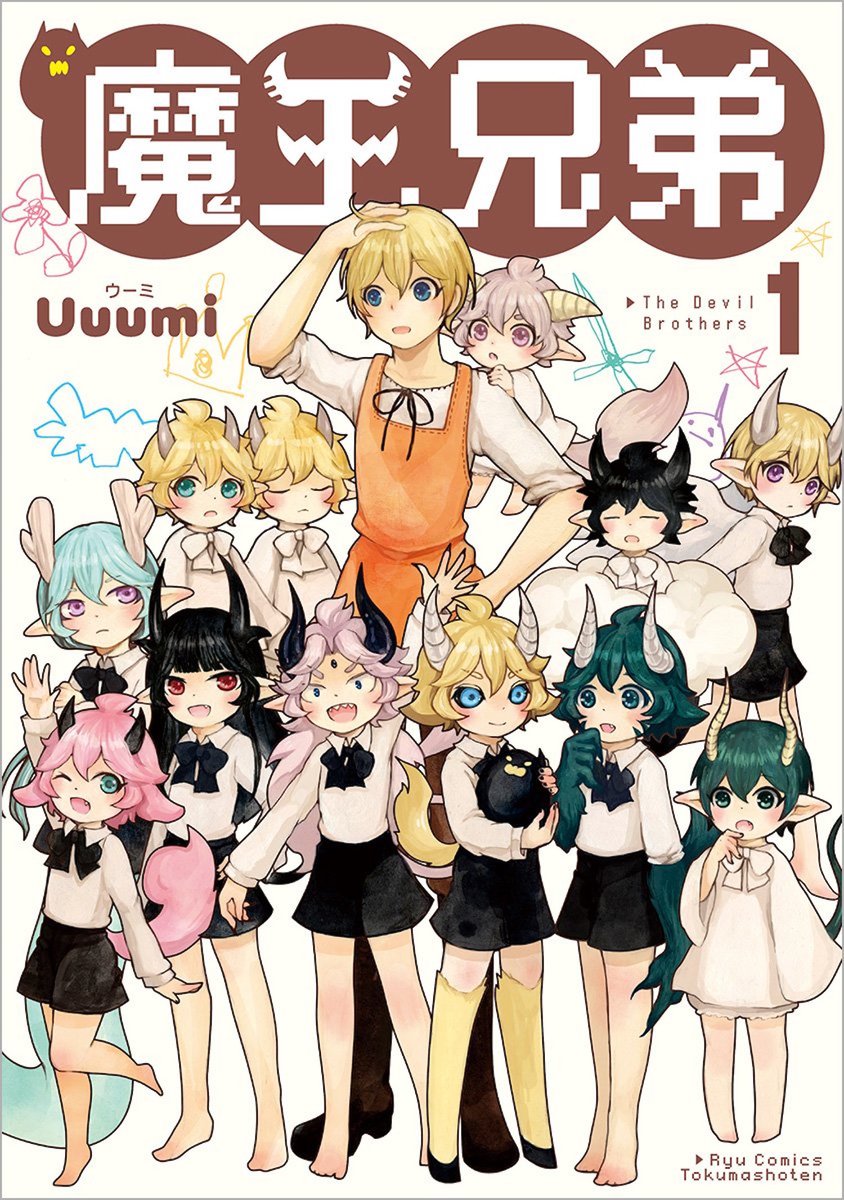 After the defeat of the demon king, twelve adorable demons were born into the world. God orders Byron, a hero, to raise the little devils into paragons of virtue–for the sake of peace across the land. Now Byron must summon household powers and slay domestic chores in the life-or-death struggle of raising little kids! 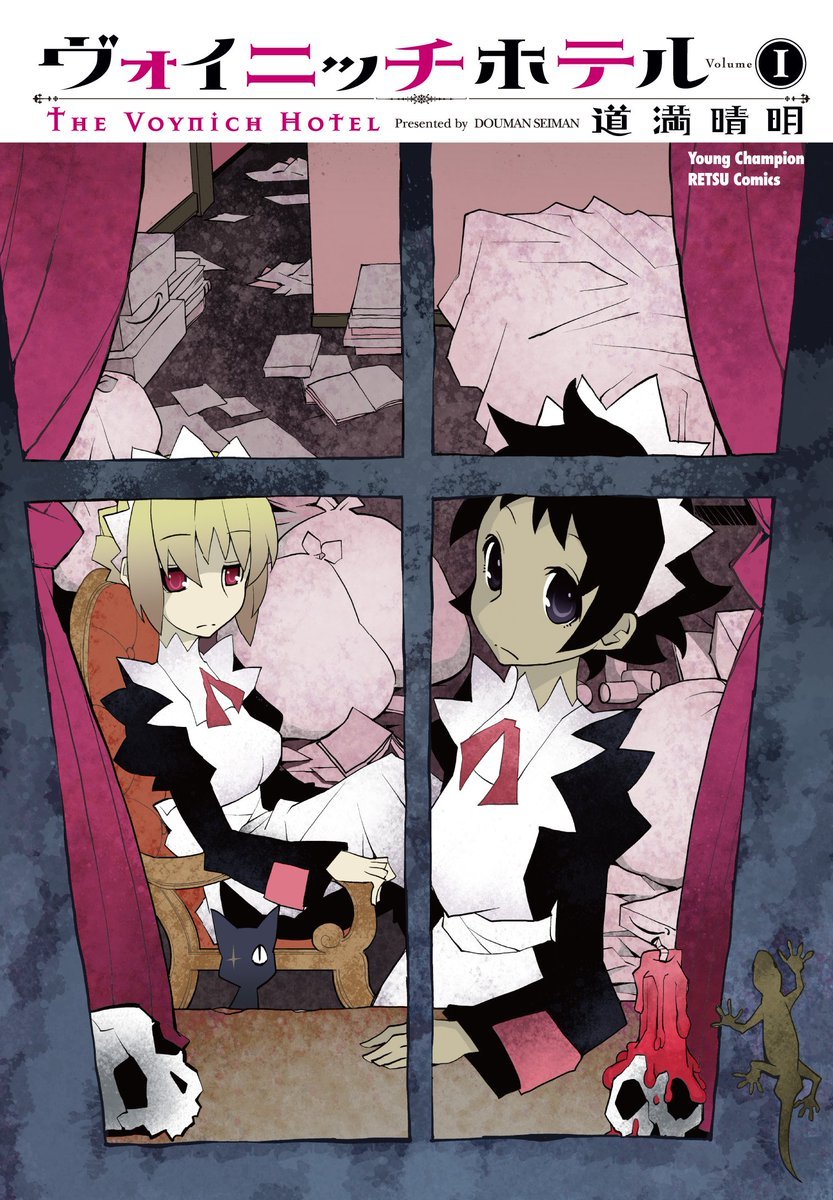 Staffed by murderous maids and situated on a war-ravaged island, the Voynich Hotel is far from your run-of-the-mill vacation destination–but it’s not such a bad place to lie low for ex-yakuza Kazuki Taizou, who’s on the run from his so-called family. As he settles into his weird new life, this darkly comedic manga winds through plots both nefarious and romantic, delving ever deeper into the island’s witchy–and sometimes demonic–strangeness. 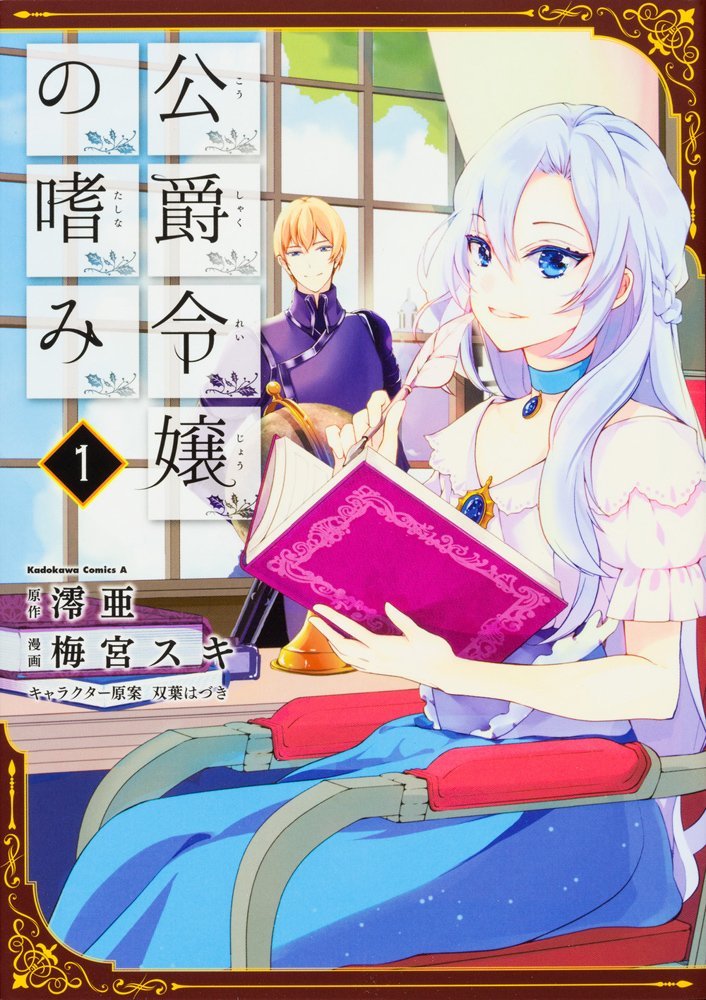 Accomplishments of the Duke’s Daughter

By Reia and Suki Umemiya

Iris, an otome game addict with no time for romance, gets hit by a truck after getting out of work–but instead of dying, she finds herself in the world of a game she’d played just hours earlier. However, she’s not reborn as the game’s protagonist, the main heartthrob of the harem. Instead, she starts her new life as the antagonist, right at the moment she’s being sent to live in a nunnery–for the rest of her life! 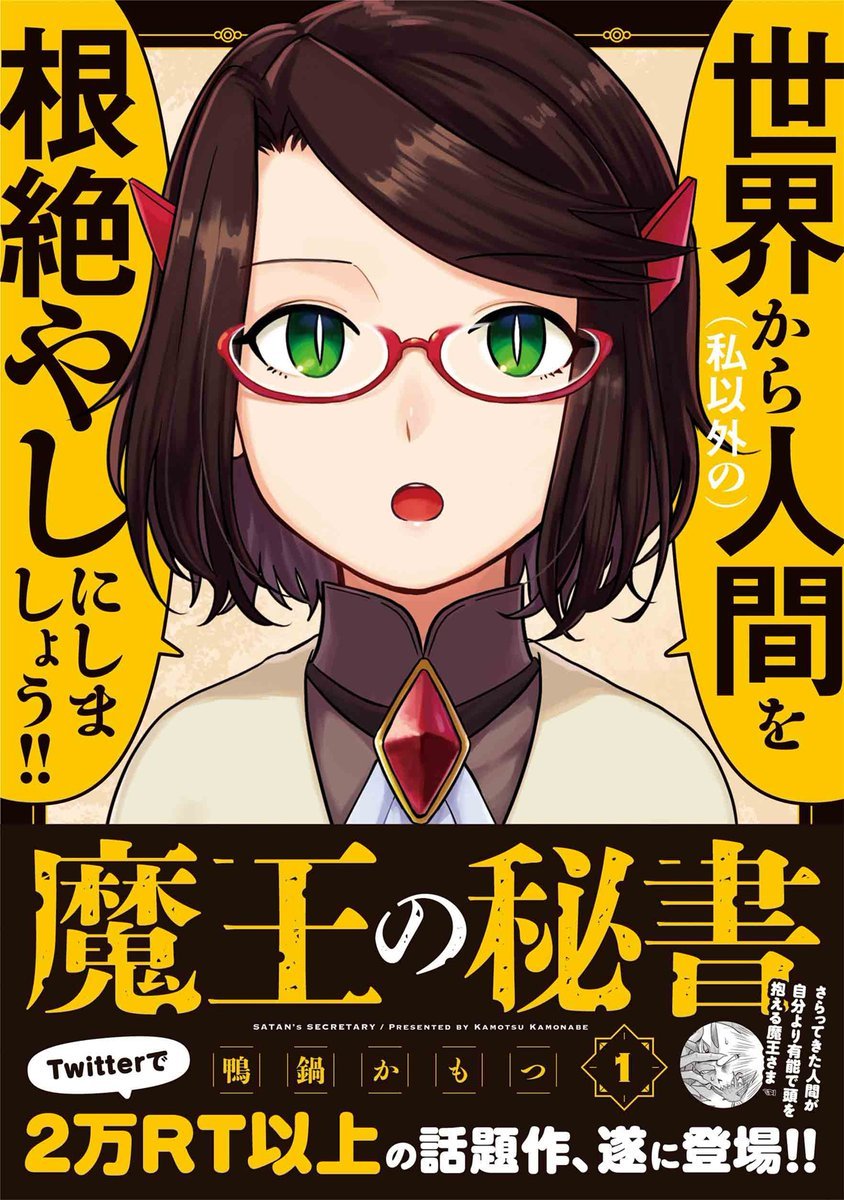 The Demon King is awake at last and hellbent on world domination–but first he needs a secretary. He finds a human to organize his devilish plot, and she’s perfect for the job. So perfect, in fact, that she’s steadily losing her grip on her humanity. Thanks to her smarts, super skills, and secretarial wiles, it’s only a matter of time before the Demon King’s destructive dreams come true! 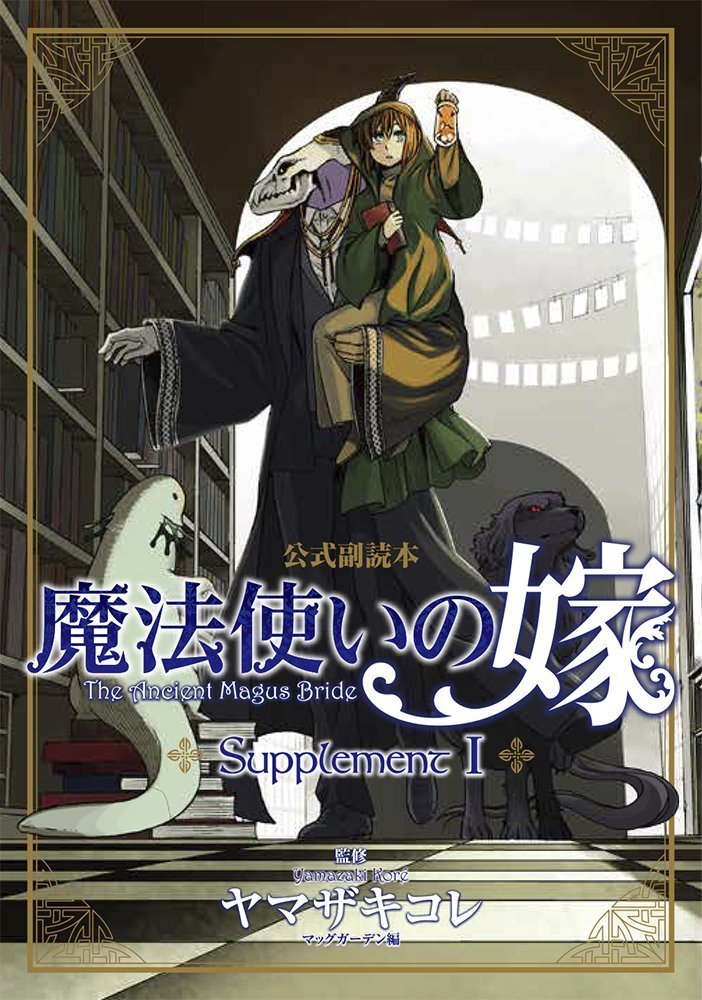 The Ancient Magus’ Bride Supplement I

(Mahoutsukai no Yome Supplement I) 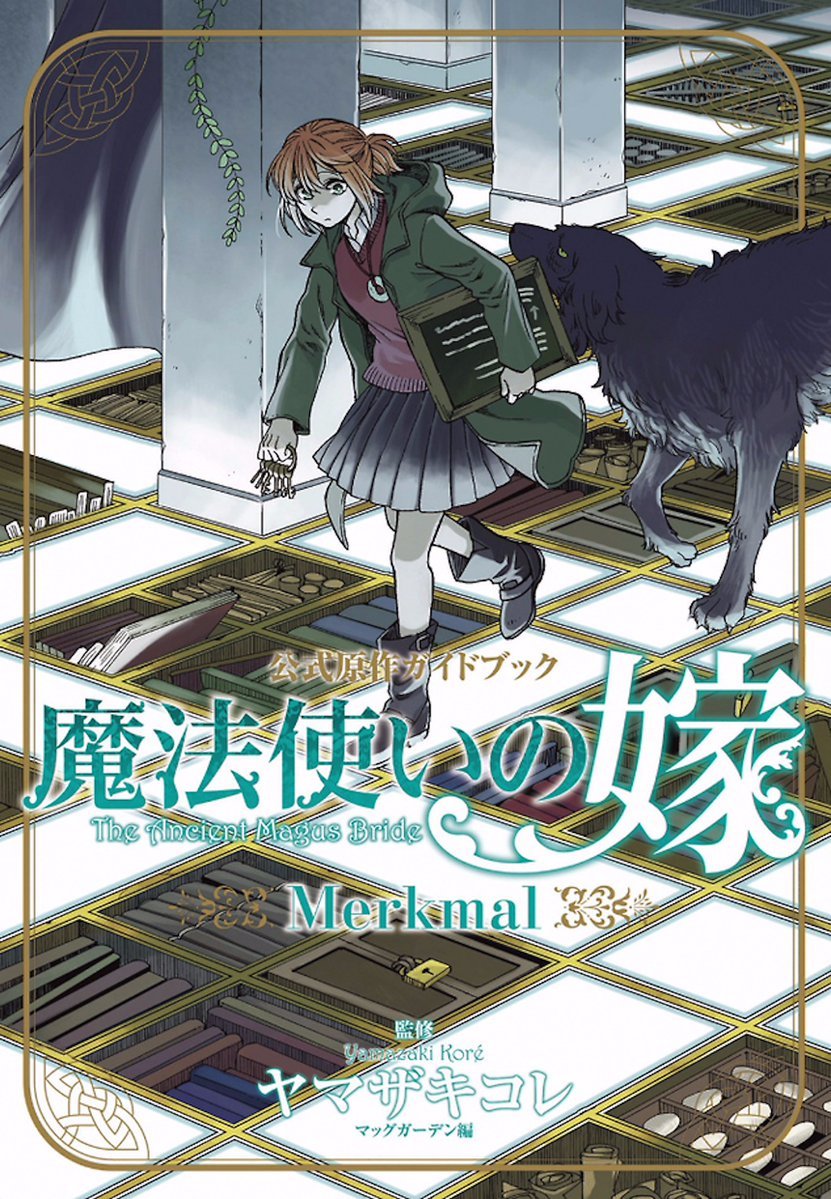 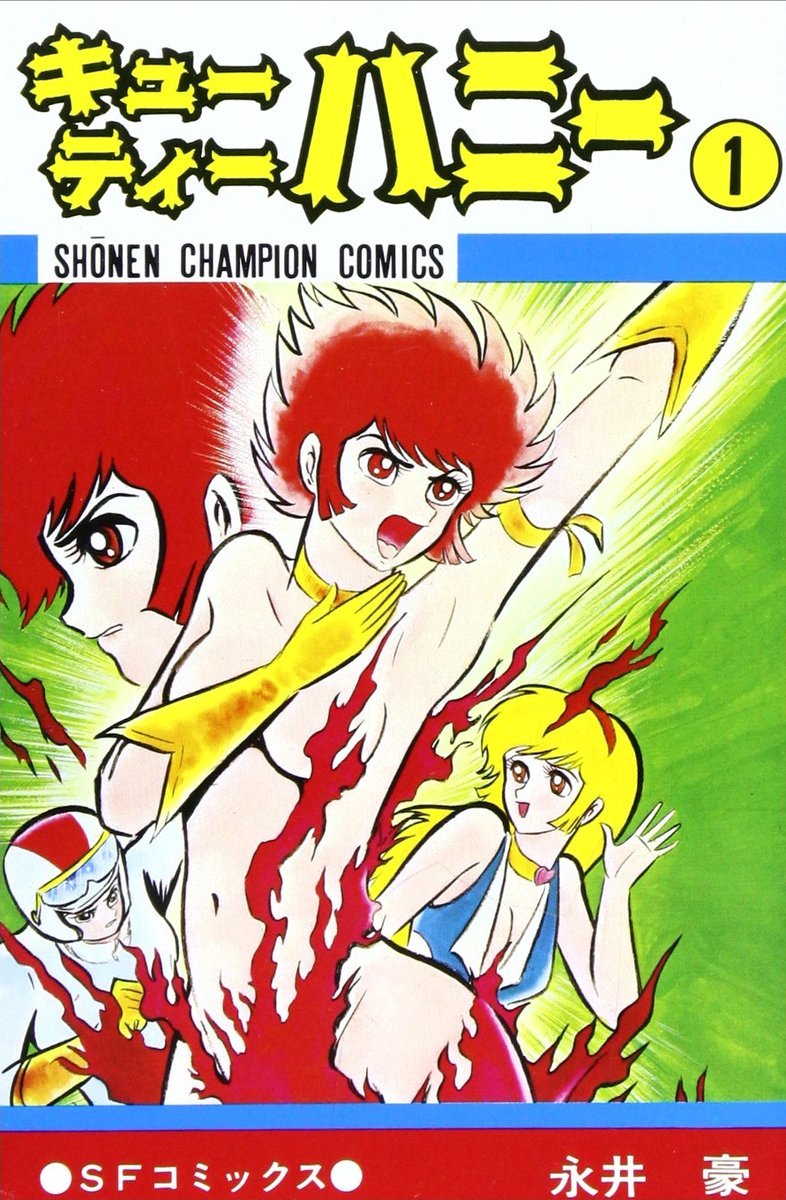 Cutie Honey, one of the most recognized superheroines in manga history, will finally have her original story in print! Experience the ultimate collection of both volumes of Go Nagai’s 1973 cult classic in one oversized hardcover tome. With a career spanning 50 years, Go Nagai created many immensely popular series including Devilman and Getter Robo, and Cutie Honey–his edgy magical girl aimed at boys–remains one of his most influential works to this day. 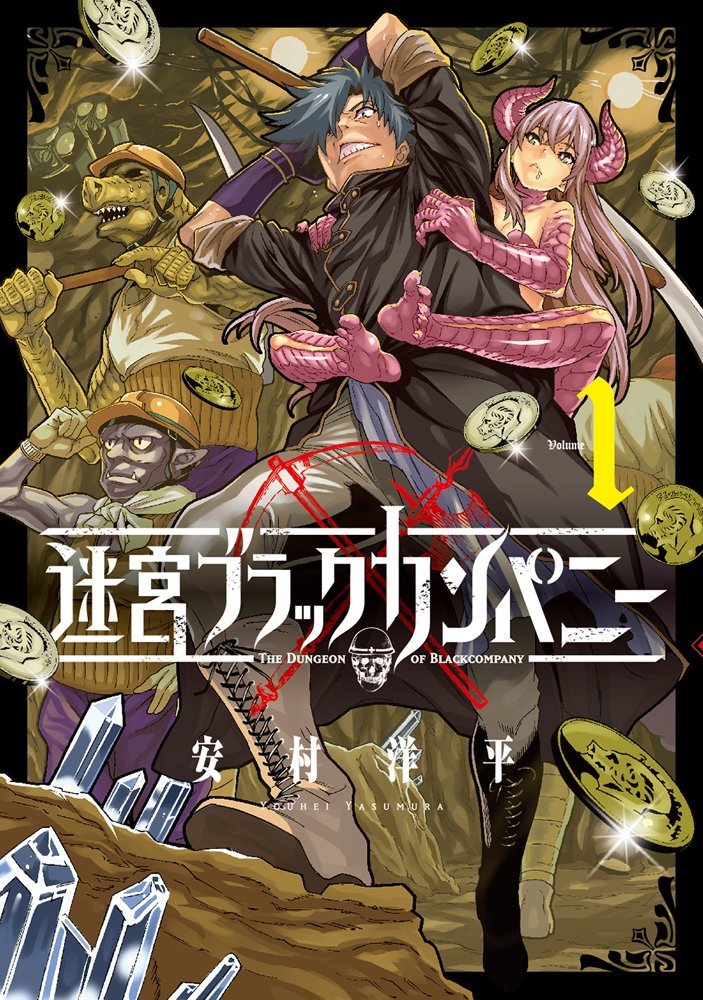 The Dungeon of Black Company

Kinji, who lacks any kind of work ethic, is a layabout in his modern life. One day, he finds himself transported to another world–but not in a grand fantasy of a hero welcomed with open arms. He’s immediately shoved into a terrible job! Now enslaved by an evil mining company in a fantasy world, Kinji’s about to really learn the meaning of hard work! 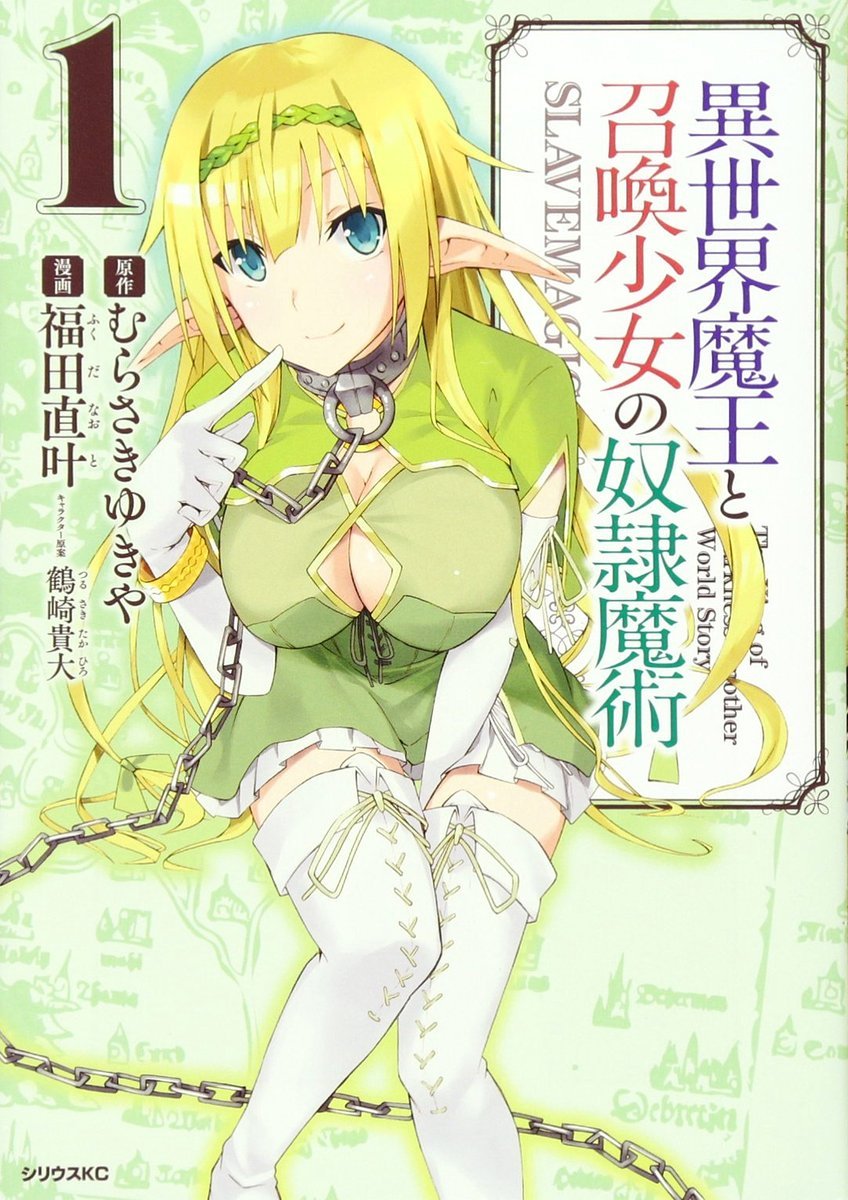 How NOT to Summon a Demon Lord

By Yukiya Murasaki and Naoto Fukuda

An elite but socially-stunted gamer finds himself in another world, inhabiting the body of his character Diablo. But despite his powers, his awkwardness keeps getting in the way–so he decides to pretend to be a Demon Lord and soon finds himself with a pair of slaves: a well-endowed elf and a cat girl. Together, they struggle with everything from interpersonal relationships to diabolical beast battles! 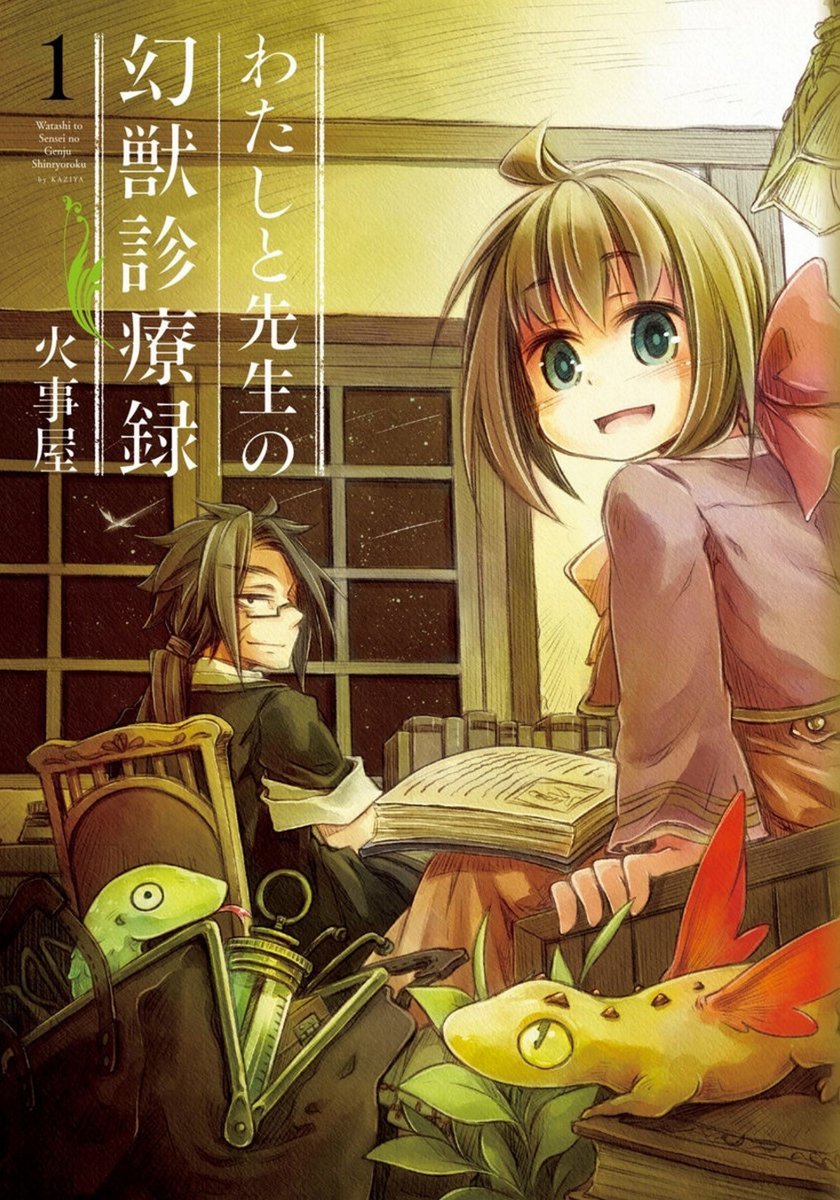 How to Treat Magical Beasts

It is a time when humans have begun to forget magic, and science has risen to take its place. Mythical beasts are beginning to disappear from the world. A young girl named Ziska, born into a line of mages, becomes the apprentice to a veterinarian for magical creatures. With the two of them working together, they hope to save these beasts of legend from a world that is leaving them behind. 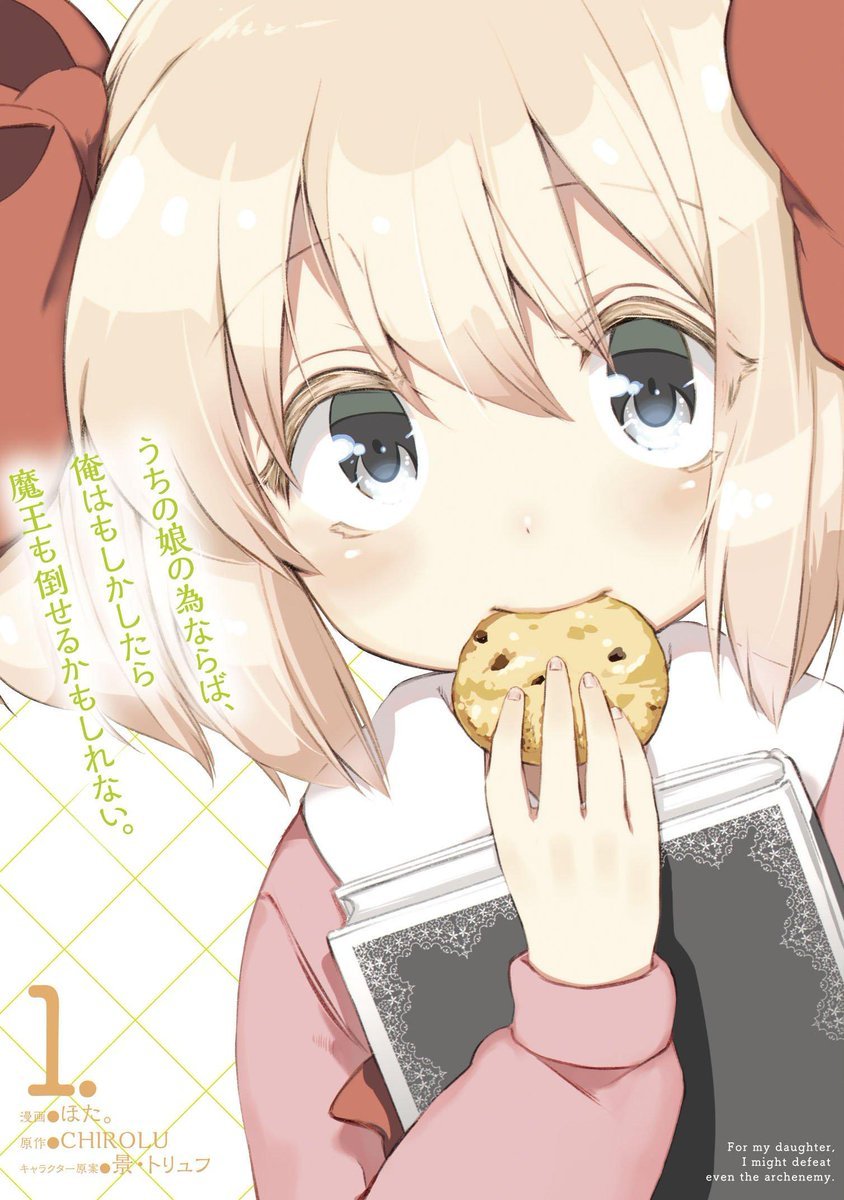 If It’s for My Daughter, I’d Even Defeat a Demon Lord

While on a job deep in the forest, Dale–a young, but famed adventurer–comes across a little devil girl who’s almost wasted away. Unable to just leave her there to die, Dale takes her home and becomes her adoptive father. Devil or not, Latina is beyond adorable, and the adventurer soon finds himself head over heels with being a parent. But why was she out in the forest in the first place–and why does she carry the mark of a criminal? 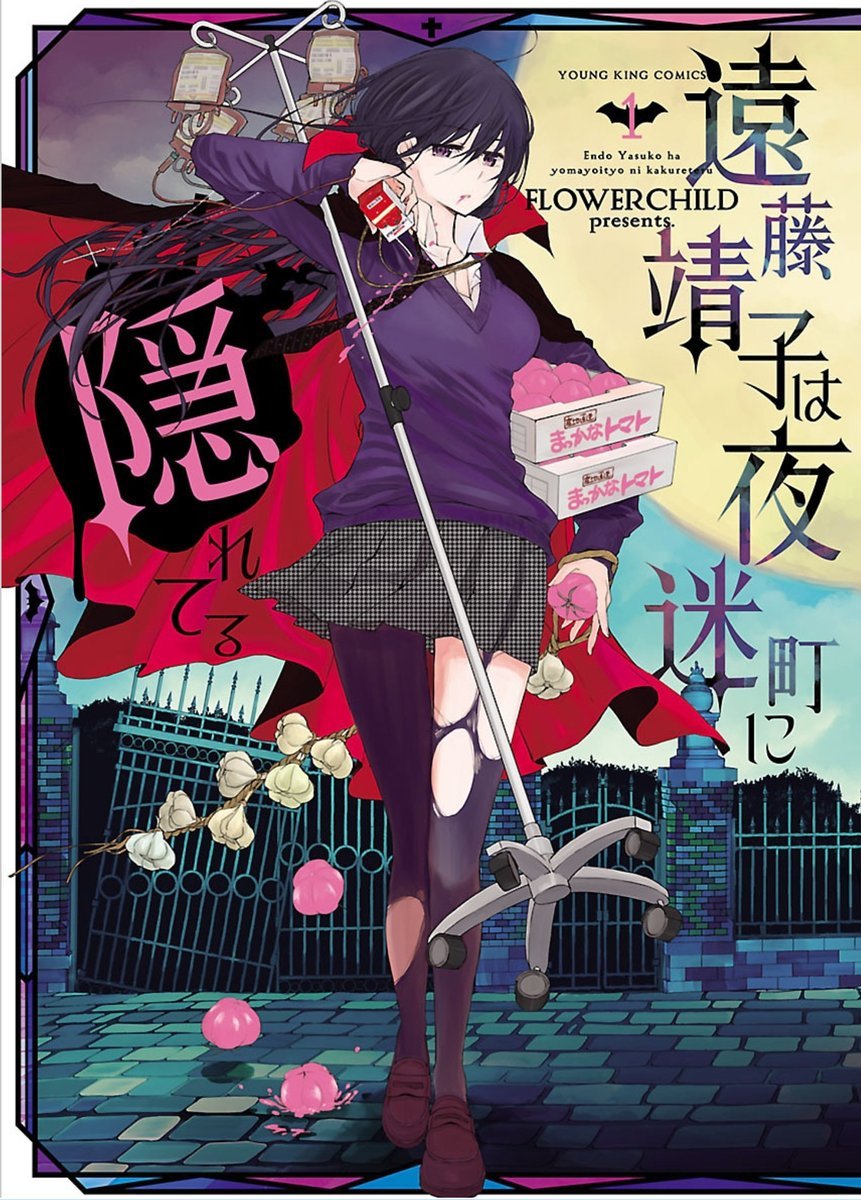 Hungry For You: Endo Yasuko Stalks the Night

In a gloomy town, where three girls have gone missing, high school girl Shizue witnesses an attack on a fellow classmate. The assailant appears to be none other than fellow student Endo Yasuko, a striking beauty who declares to Shizue that she is starving, and only Shizue can sate her hunger! Is Endo Yasuko a vampire, a serial killer–or just plain weird? And what does she really want from Shizue…? 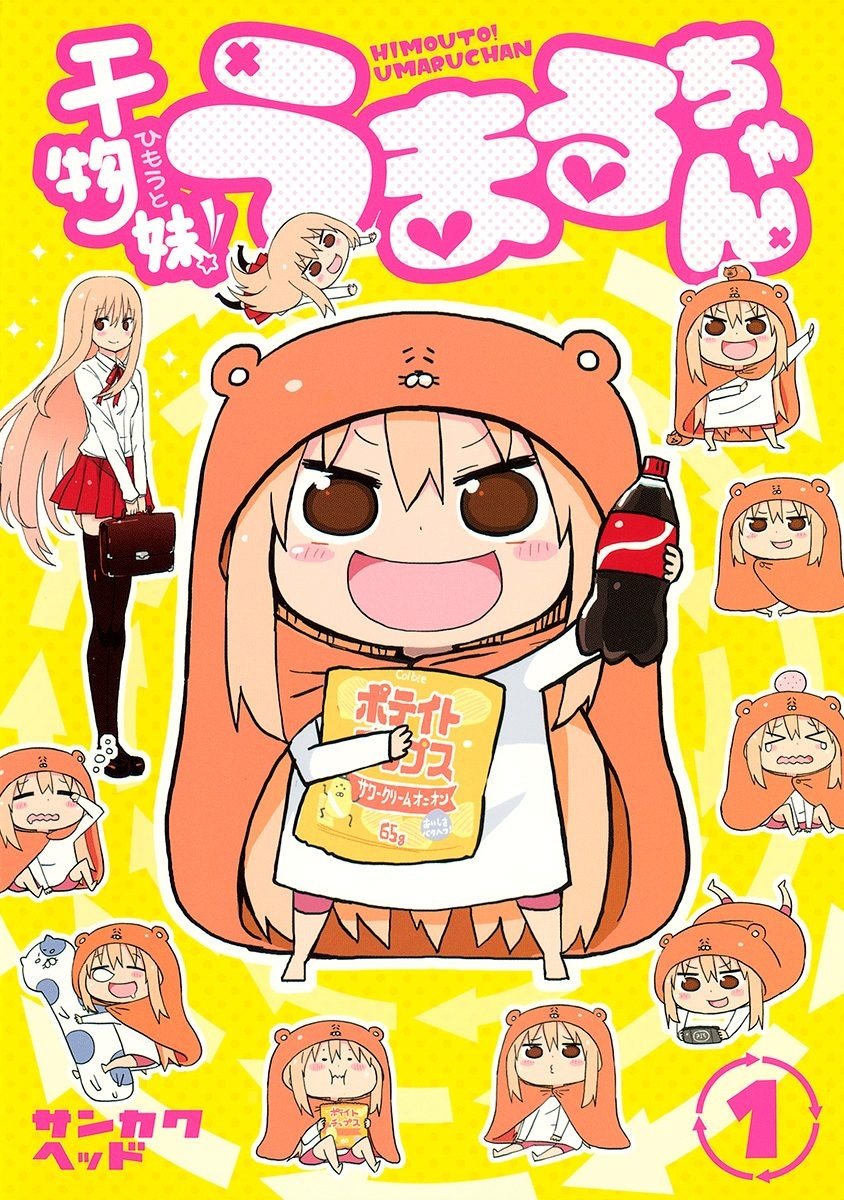 In public, Umaru Doma appears to be the perfect high school student: hard-working, refined, and totally responsible. But the minute she gets home to her older brother Taihei–and dons her famous hamster hoodie–she devolves into the ultimate bratty little sister! She’s happy to roll around all day in an otaku cloud of games and junk food while her exhausted older brother takes care of everything in the house. In this hilarious comedy about family, friendship, and the nonsense we put up with (from the people we love), Umaru and Taihei will find a way to make it work! 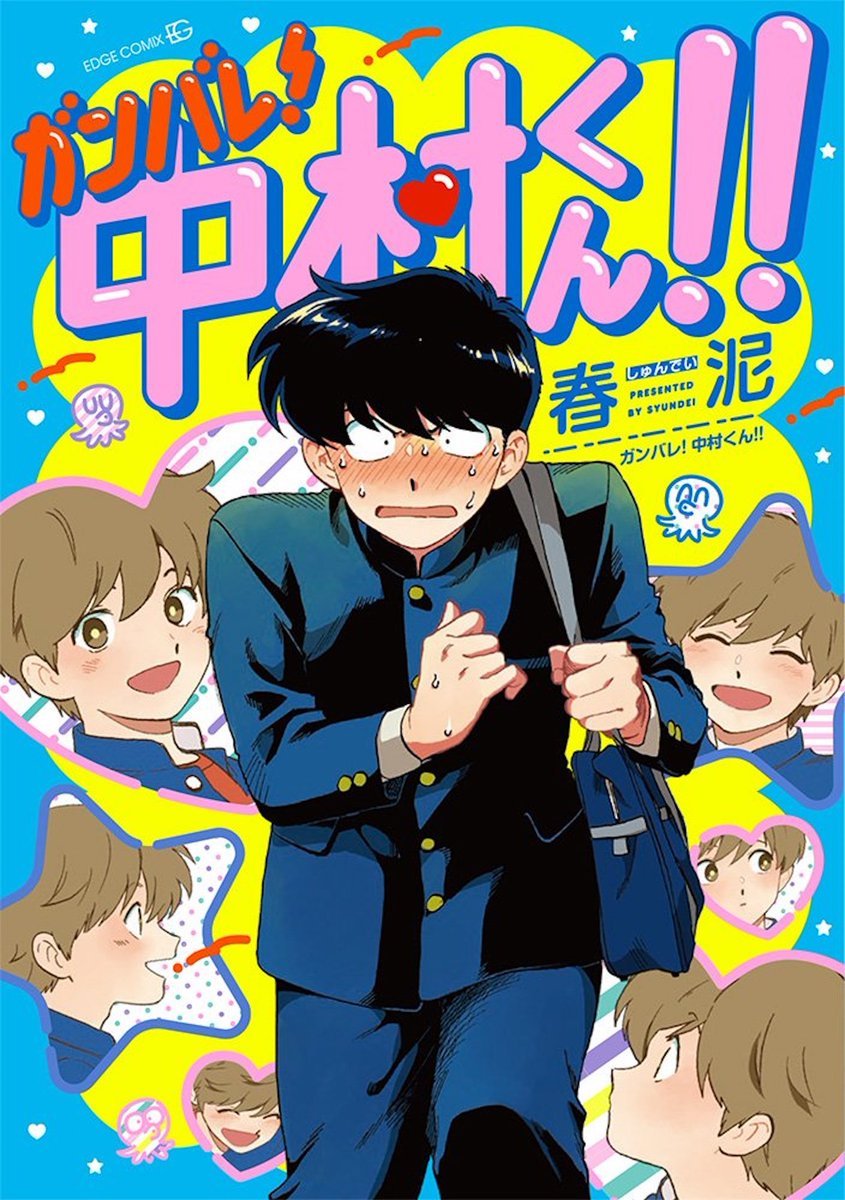 Go For It, Nakamura!

Nakamura is a shy boy who falls in love at first sight with one of his classmates–his dreamy high school classmate, Hirose. But there’s a problem: they haven’t met yet. And Nakamura is a total klutz who might bungle things before they even begin! 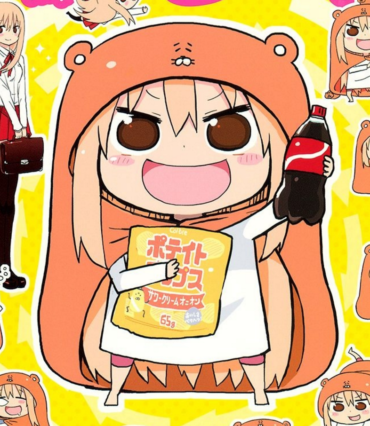