This service has been rather weird. Animax barely gets any titles for many months and then suddenly they add a few more… and then lose a lot. A lot of us at Anime UK News personally do not recommend this site regardless due to its rough subscription model. Even if the selection is interesting, you will be struggling when it comes to trying to get out of it. It’s like making a contract with Kyubey – the end ain’t pretty.

The service now only has 20 titles left, and all of them are from Anime Limited.

We also see a surprise addition with the original Naruto series, which previously was only available for United States & Canada for many years. The Manga UK DVDs are quite hard to find so this is a great option for folks getting into the series.

No new titles, but in fact it’s something unfortunate. The service will be discontinuing on 31st October 2017 with a couple exclusives also going to be made unavailable for streaming for the UK region including One Punch Man.

A majority of the catalogue are available to watch on Crunchyroll with some also on Funimation. The only few that won’t be available are The [email protected] Cinderella Girls, M3 The Dark Metal, Mobile Suit Gundam: The Origin, and One Punch Man.

Most of the additions joining the service are simuldubs which is no surprise as it takes them sometime to make them available. Note that all of the titles listed are English audio only.

The most surprising streaming service in recent years, HIDIVE has continued to impress the UK anime community with their new service, support and even offering PayPal support. Not only have they started providing English dubs to brand new Sentai released titles, but also continues to add catalogue titles for the region.

Some of these did appear from The Anime Network service but others are also a welcome addition. OVAs and movies are even added to the service including Girls und Panzer der Film in both English & Japanese audio.

Oh Netflix, you never cease to amaze us. The binge-watch model they use is really cool, but it doesn’t work when it comes to new anime titles airing during the current seasons because for some reason we have to wait. Anywho, we have three lists to reveal; one for the new additions, one for delisted titles, and another for upcoming exclusives. Yep Netflix have quite the line-up in store for the next twelve months.

It is also expected that every anime title joining the Netflix ‘Originals’ line-up will have an English dub to go alongside it, given the others did.

Also worth mentioning that some of these new additions are actually re-releases as they were previously delisted, so don’t be surprised if you recognise them before.

And last but not least we have the free streaming service still around. They don’t get much new additions like they used to many seasons ago, but Anime Limited is keeping them alive-ish.

That’s it for the month of August. Quite a lot has been made available for the UK. A lot of the currently airing titles will eventually finish their run throughout September as the Autumn 2017 season begins in October. 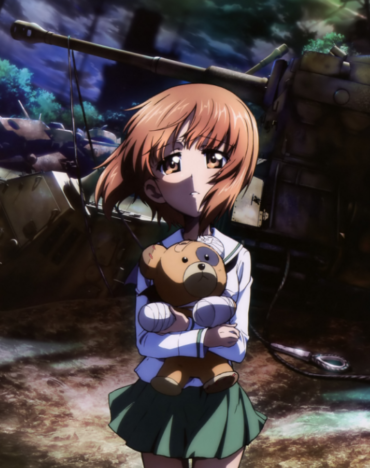