A month has passed since 2018 has begun and we are now progressing through the fifth week of the Winter anime season. Here’s a quick round-up detailing the newest additions & expired titles!

Starting off the article is Amazon. The shows added during January include four brand new simulcasts, one film and one catalogue series split across three seasons.

We have a list of titles coming exclusively to Amazon Prime throughout the first half of 2018 (and perhaps later on) as well for those interested.

During this month we have a whole bunch of new simulcasts and a fair more Funimation catalogue titles in the mix.

Funimation’s streaming service has been pretty rough with its UK arrival back in 2016 but they still manage to offer a wide variety of titles especially with Crunchyroll offering their licensed titles onto the service in dubbed form.

During this month we have a whole bunch of new simuldubs. Note that all of the titles listed are English audio only.

During this month we have a fair amount of new simulcasts as well as Pop Team Epic also (which is noted to have a better translation compared to Crunchyroll from what we have heard). The titles listed below are Japanese audio with English subtitles unless specified.

Netflix has taken 2018 with a storm. In case you haven’t seen it, we have a list of titles that are coming to Netflix throughout 2018 and the line-up just keeps growing.

Joining the service throughout January are two major Winter 2018 anime titles with Devilman Crybaby and Violet Evergarden, the latter of which is actually simulcast/dubbed for many territories including the UK & Ireland which is a treat. We also have a fair amount of catalogue additions including Polygon Pictures’ Godzilla: Planet of the Monsters movie and the original Fullmetal Alchemist 2003 series.

There will be more Winter 2018 anime joining the service in March as part of their ‘proper’ Netflix Originals line-up so stay tuned for those.

And last but not least we have the free streaming service still around. One new addition and one delist. The delist itself is an interesting case as the title in question was actually part of their ‘retrocast’ that they were hyping during the time when they were focusing on anime a lot.

That’s it for the month of January. Basically every major anime simulcast is available for the UK which is pretty rare, and the catalogue titles are a good treat. Stay tuned for the next monthly update as we cover more catalogue additions including what else Netflix has in store. 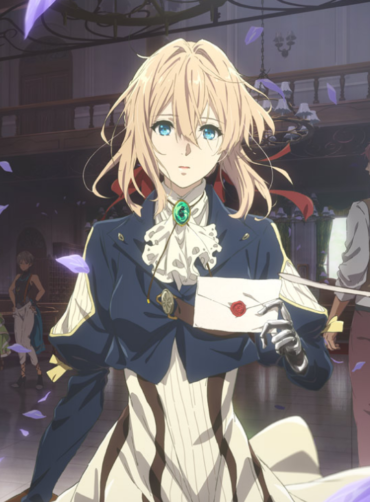