Starting off the article is Amazon. One new catalogue addition for this month thanks to Studio Canal.

More titles from the Funimation deal join the service and surprisingly enough Garo -VANISHING LINE- randomly becomes compatible with the UK & Ireland region, however Space Battleship Yamato 2199 isn’t but who knows this could change later down the line. Winter 2018 title IDOLiSH7 is on the list as Crunchyroll added the first few episodes early.

Just two titles for this line-up, one catalogue and one brand new ‘simulcast’ though it’s really a catalogue title. Note that all of the titles listed are English audio only.

For this update we have more catalogue titles joining the service. The titles listed below are Japanese audio with English subtitles unless specified.

Oh Netflix, you never cease to amaze us. The binge-watch model they use is really cool, but it doesn’t work when it comes to new anime titles airing during the current seasons because for some reason we have to wait. One title gets added and another gets removed. We lose out on Yuki Yuna is a Hero Season 1 but it’s still available on Crunchyroll. Manga Animatsu added Steamboy to the service it seems as well, subtitled only however.

Netflix does have release dates for two of their official Anime Originals titles; B: The Beginning (2nd March 2018) and Devilman crybaby (5th January 2018).

And last but not least we have the free streaming service still around. More delistings for this month, most notably titles from Nozomi Entertainment plus one from Anime Limited.

That’s it for the month of November. A solid selection have been made available for the UK. Stay tuned for the next monthly update as we find out if there are any more catalogue additions. 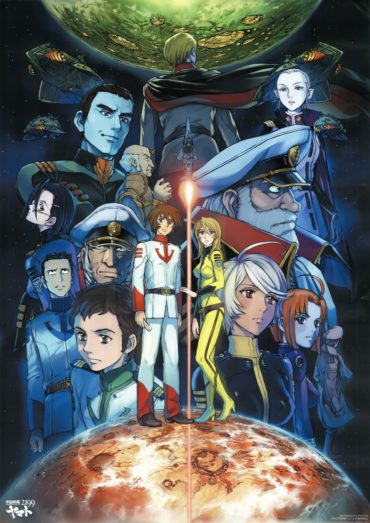