Starting off the article is Amazon. While their respective pages have yet to appear, we should remind folks of the next two titles to take over the NoitaminA and Animeism programming blocks that are exclusive to the Prime service. MAPPA & Gantz creator’s Inuyashiki Last Hero will be the next title from the NoitaminA block (replacing DIVE!!) while the two parts of Yuki Yuna is a Hero Season 2 will be the next titles from the Animeism block (replacing Rage of Bahamut: Virgin Soul, while Altair: A Record of Battles will continue for its second cour).

More titles from the Funimation deal join the service as well as the start of a couple titles from the upcoming Autumn 2017 season. Not every Autumn title has their respective pages aren’t up, but we will list them below. As for notable additions we also have the special Blade Runner Black Out 2022 short film which is available for both regular and premium viewers!

No new titles once again, but another reminder that Daisuki will be discontinuing on 31st October 2017. All of the titles with the exception of Dragon Ball Super will be delisted from the service. In fact a fair few have delisted already during the past couple of weeks. A couple exclusives also going to be made unavailable for streaming for the UK region including One Punch Man.

Just like Crunchyroll, the list below are mostly part of the upcoming Autumn 2017 season. As such, not every Autumn title has their respective pages aren’t up, but we will list them below. Note that all of the titles listed are English audio only.

It’s worth noting that King’s Game and Love Live! Sunshine!! Season 2 were not listed for the UK’s simuldub section, so it’s suggested that the English dubs will not be made available for streaming on our end. However this can change later down the line.

The most surprising streaming service in recent years, HIDIVE has continued to impress the UK anime community with their new service, support and even offering PayPal support. Not only have they started providing English dubs to brand new Sentai released titles, but also continues to add catalogue titles for the region.

For this update they haven’t added any new titles until very recently, but Sentai Filmworks have announced a number of titles from the Autumn 2017 season for the HIDIVE service (most will be exclusive to Amazon Prime over in United States). Please note that so far only UQ Holder has been 100% confirmed for the UK under HIDIVE, but it’s assumed that all of them will be made available over here.

And last but not least we have the free streaming service still around. A majority of the titles are actually renewals for a number of titles that were delisted months prior. 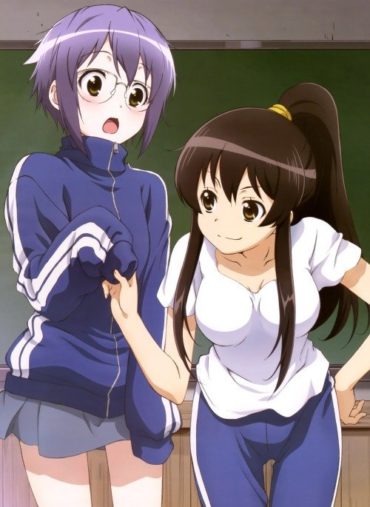