“I’ll fix everything so Masaomi can come back here too. All our friends will have a place here. Don’t worry about a thing, Anri.” Mikado Ryugamine (losing touch with reality?)

Izaya Orihara, the information broker and Machiavellian meddler in other people’s lives wakes up in a hospital bed. He’s been stabbed by an unknown assailant. He had it coming, of course, but he’s perplexed – and intrigued – and, maybe, even, a little rattled that he has no idea who’s tried to kill him. Meanwhile, out on the busy streets of Ikebukuro… 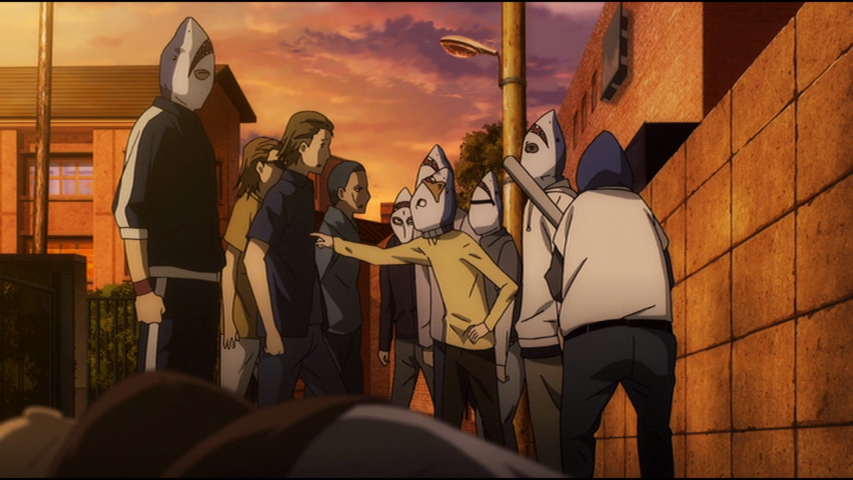 The first TV series of Durarara!! began by following young Mikado Ryugamine arriving in Tokyo to start his high school life and it’s his lost, even anguished expression we see in the OP in Ten (‘motion’), observing the events that he’s set in motion by creating the gang known as the Dollars. Determined to put matters right again with his school friends Anri and Masaomi, Mikado is sinking even deeper into a mire of self-recrimination and, quite possibly, madness. That troubled expression in the OP briefly changes to a wistful smile – and as Ten progresses, that strange smile becomes more and more disturbing. He’s no longer the main focus of the show – but then, who is? Conversations on internet chat rooms still act as an unreliable commentary on what’s going on. The story flirts with the mystery of Celty’s missing head (and all its repercussions), the yakuza, first year Aoba’s ambitions and treachery, idol Ruri Hijiri’s stalker, her ‘other’ identity as the Hollywood slasher, her kitten, her actor boyfriend who just happens to be Shizuo’s younger brother, the shady Russian contingent hanging out at Russia Sushi and so on and so on… 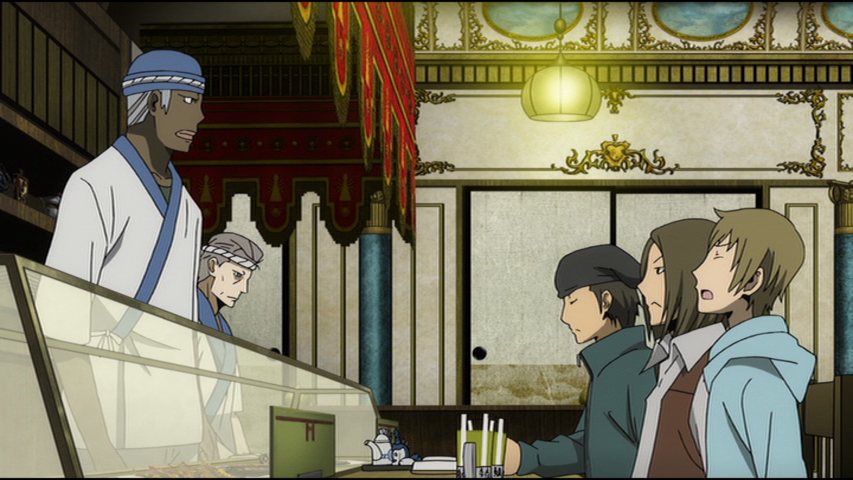 There’s one major problem with Durarara!! x 2 Ten and that’s the over-abundance of characters: quirky, sinister, familiar and unfamiliar – there’s just far too many and far too much going on. It’s as if novelist Ryohgo Narita just couldn’t stop spinning new plotlines off of his main cast once he’d started. Even though the lives of Dullahan Celty Sturluson, her partner/lover doctor, Shinra, Shizuo, the impossibly strong bartender and his sworn enemy, shady information broker Izaya intersect continually, they now trail such a tangled mess of subplots in their wake that their impact is diluted. 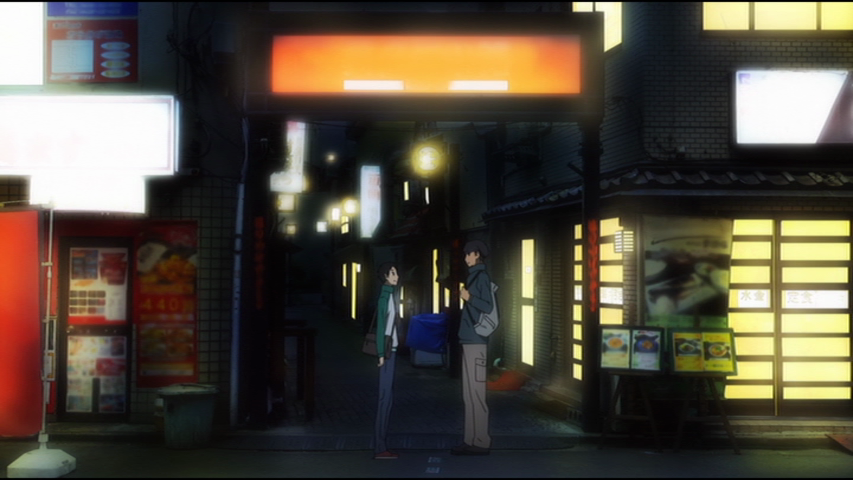 All is still under control – just about – until Episode 19 when Even More Stuff happens and another bunch of unfamiliar faces take centre-screen to flesh out one of the sub-plots involving the yakuza, Izaya (of course), an illegal gambling pop-up outfit, drugs and various ongoing vendettas. The annoyance caused by this diversion is all the more  because the material is introduced just after a very tense and heart-rending series of encounters involving Mikado, Masaomi and Anri. And we do care about these three. 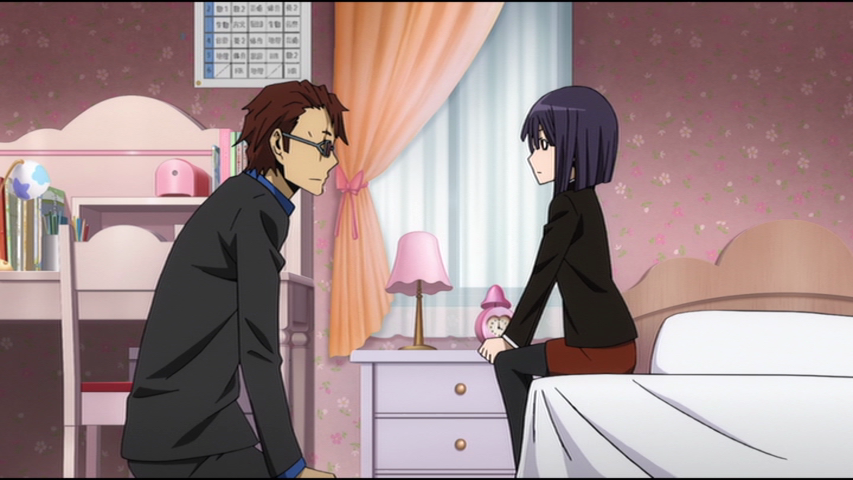 However, I staunchly believe (as a dyed-in-the-wool fan of this show) that this bewildering sequence of connected and interconnected storylines eventually repays repeated viewings. My advice to the bewildered viewer? It’s difficult to stand back from the entertaining but over-busy and look for the main threads but it’s possible. Hang in there. There’s much to enjoy still, with heart-in-mouth cliff-hangers (the ending of Episodes 17 and 22) cute moments (Shizuo with Ruri Hijiri’s kitten) and comedy as Celty is terrified after being pursued by her nemesis, bike-riding cop, Kinnosuke Kuzuhara, and accused of committing traffic offences on her bike/headless horse. 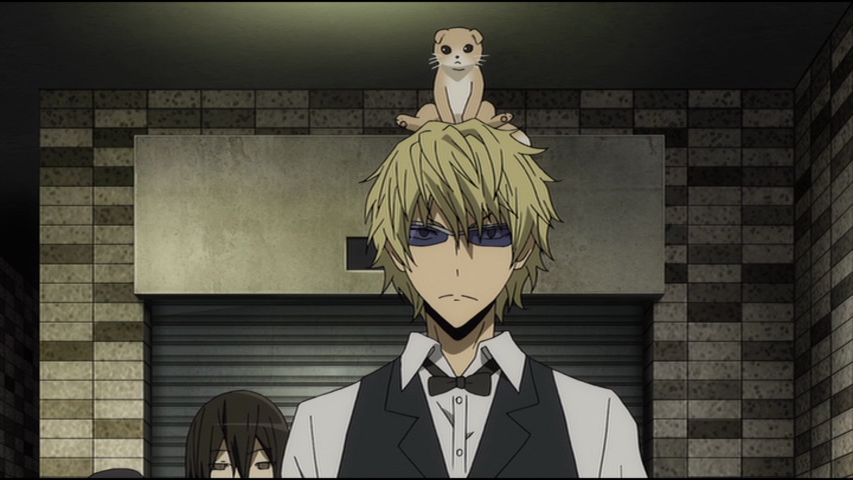 The new Opening Theme is “day you laugh” by Toshiyuki Toyonaga (Mikado Ryugamine) which is apt as it’s an intense song with a driving beat, intensely delivered (and ‘laugh’ is not the feeling it conveys). The new Ending Theme is “EXIT” by REVALCY and is suitably upbeat and brash, accompanying yet another scrolling string of interconnected characters clinging on to each other and concluding, fittingly, with Shinra and Celty. I still like and admire the unusual and imaginatively scored soundtrack by Makoto Yoshimori (Baccano!, Princess Jellyfish) but I’d already noted the over-reliance on the screeching brass passages or slightly out-of-tune solo ‘cello (or viola?) in my review of Shou. By Ten, these are really beginning to grate, rather than build tension. And as for the theremin… there’s only so much eerie pitch wobble one can take before the effect wears thin. It could be that the budget didn’t stretch to commissioning much new material and the director had to fall back on re-using existing tracks.

The budget was also stretched, one suspects when it comes to some of the character animation, with some rather basic depictions in which characters’ faces look flat and expressionless. But night-time Ikebukuro is still atmospherically portrayed, with the constantly passing crowds drawn in grey outline. And the visual experience on Blu-ray and DVD is clean and clear.

As with Shou, the excellent US translation and dub makes this a much more enjoyable experience for the Western viewer. With such a stellar cast of US voice actors (Kari Wahlgren, Michelle Ruff, Crispin Freeman, Jamieson Price, Spike Spencer, to name just a few) and a witty script by Alex von David and Caitlin Glass, I really recommend watching Durarara!! in English. ( Unless you’re fluent in Japanese and can appreciate all the nuances the subtitles don’t always capture, that is.)

Anime Limited/All the Anime are bringing Durarara!! x 2 Ten out in an R2 Limited Edition which comes packaged in a rigid case with a digipack to hold the two Blu-ray discs. Also included is a 36-page booklet and a set of 6 postcards. The DVD edition just comes with the on-disc extras: Clean Opening & Closing title sequences. 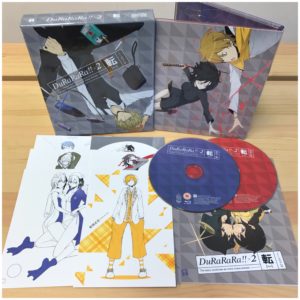 If you love Durarara!! and its eccentrically colourful cast of characters, you’ll stick with Ten and see it through to the third and final part of the second season, Ketsu. But it suffers from mid-trilogy syndrome and throws too many players into the show and ends up diluting the impact of the main story it has to tell. 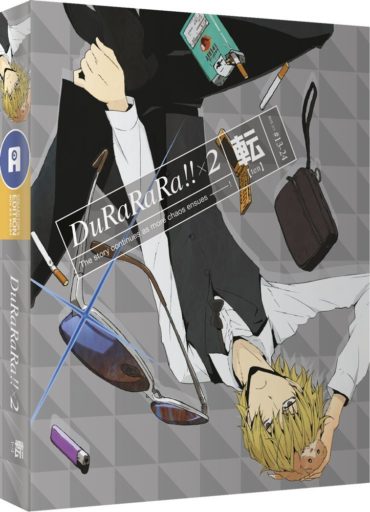 Of all the light novel series overdue a release, perhaps the biggest title was Durarara!! Yen Press have been releasing the manga adaptation for some time, and the anime adaptation has been hugely successful, with the latest bunch of episodes currently streaming. Now we can finally see the original work (which began over a decade … Continued

Time to revisit the mean streets of Ikebukuro for a final showdown between humans and non-humans! But does Durarara!! x 2 Ketsu deliver enough of the old Durarara!! magic?

It’s been a long wait, but the second arc of DRRR!!x2 is almost here in time for Christmas.