“I was raised by my father. He’s schizophrenic, but he’s good people. I remember one summer, I was five and he was Mussolini.” – Stewart Francis

It seems strange that MVM has decided to release this OVA episode separately, especially as they have already brought out another DVD of Girls und Panzer OVA episodes, but at least this edition is now available. 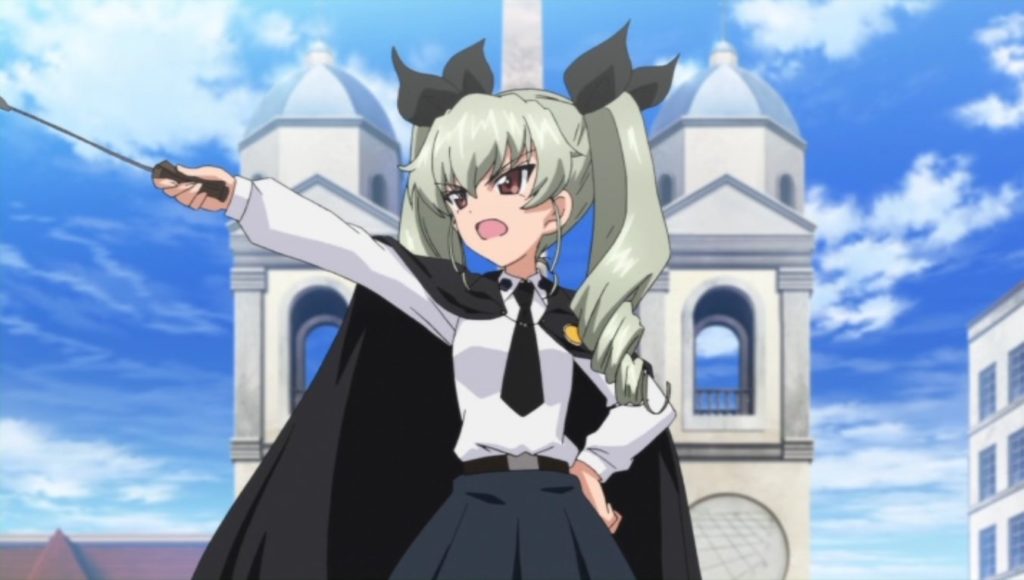 It covers the one school battle that never appears in the main series, between Ooarai Girls High School and Anzio High School, whose team is themed around Italian tanks and is led by “Duce” Anchovy. Yukari, the military-mad member of Captain Miho Nishizumi’s Anglerfish team, goes undercover to learn more about the Anzio team, and discovers that their secret weapon in their forthcoming battle is a P 40 heavy tank.

After some practice, the day of the battle comes, and the Ooarai team not only have to deal with Anchovy’s heavy tank, but also her fleet of small and fast tankettes, and her genius cunning tricks. 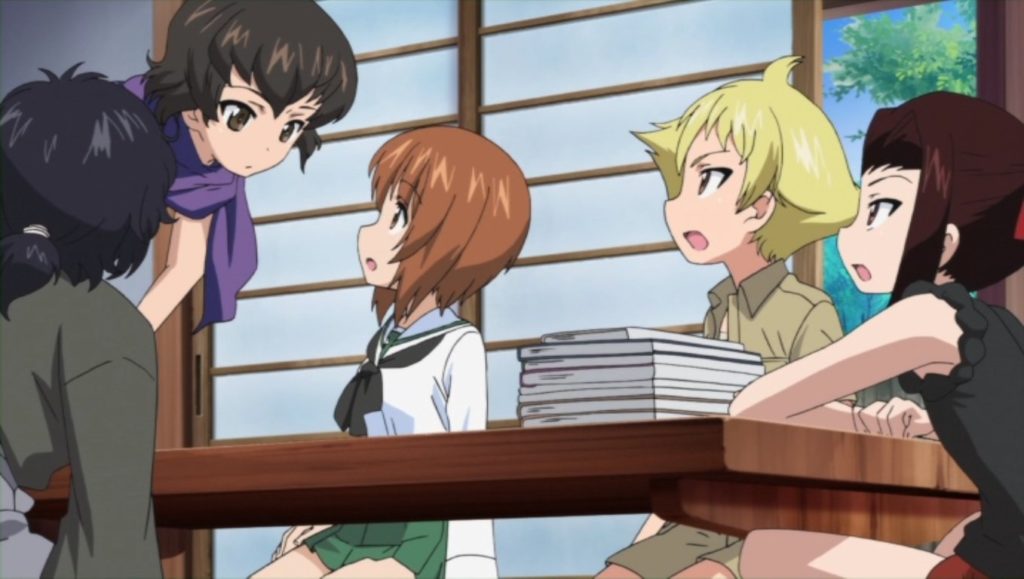 The main area of interest in this episode (or two episodes stuck together) are the new characters introduced in it, especially Anchovy, who is a fun, cheerful, confident creation. However, you do slightly worry about the issue of taste: is it okay to have a character whose nickname is that of a title used by a fascist dictator? One of the other characters in the OVA, Carpaccio, is friends with Caesar in the Hippo team of history lovers, so we also get a bit of background knowledge of the minor characters too.

However, you still feel that this episode really ought to be on one of the other collections. It is just 38 minutes long and contains one extra (textless closing), so why it couldn’t have been bundled with the other OVA I fail to understand. 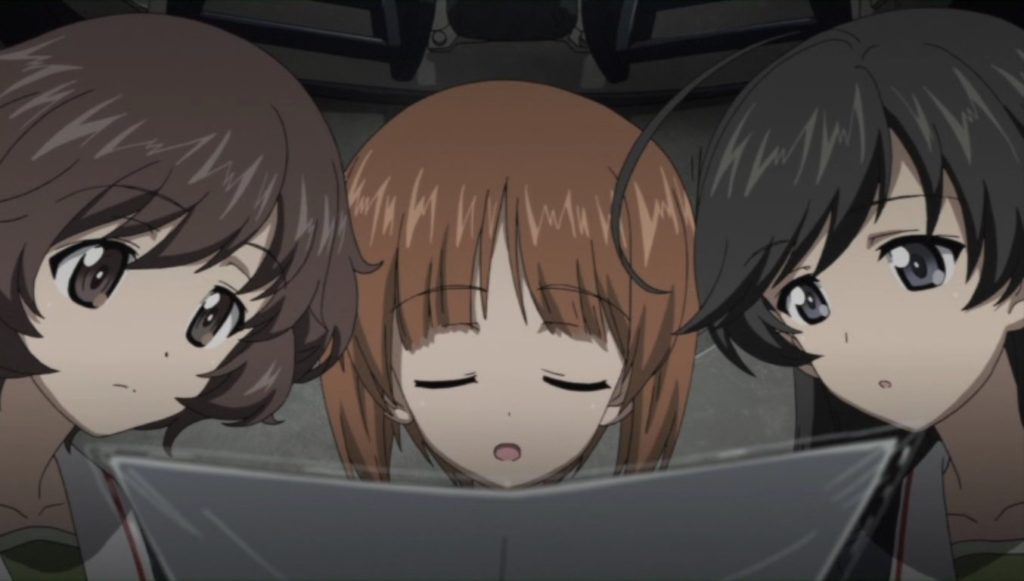 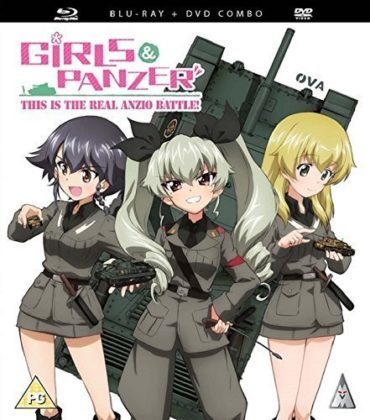 Title
Girls und Panzer: This is the Real Anzio Battle!