Crunchyroll continues their streak of new simulcast announcements for the service from the Spring 2018 anime season. We’ve listed the first wave of titles not too long ago (which includes the likes of Aniplex & Ponycan titles) in case you missed it.

Time: Tuesdays at 11:00am BST
Regions: Worldwide except for Asia
Japanese Publisher: Sunrise

Gunpla Battle Nexus Online (GBN) is a new network game that lets people enjoy a variety of missions using Gunpla in a virtual cyberspace dimension. Middle-school students Riku Mikami and Yukio Hidaka recruit their classmate Momoka Yashiro and dive together into this vast world. Becoming “Divers,” or inhabitants of GBN, they meet a mysterious girl named Sarah who has an amazing sensitivity to Gunpla. They begin playing alongside her, but… Through many encounters and experiences, Riku and his friends will build not only Gunpla, but their own adventures as well!

Thousands of years later, humanity has advanced into space. Here it has divided into two countries with two different forms of government: the autocracy of the Galactic Empire, and the democracy of the Free Planets Alliance. These two countries have been at war for 150 years. Near the end of the 8th age of the space calendar, the appearance of two geniuses will change history forever. The unstoppable genius, Reinhard von Lohengramm, and the unbeatable magician, Yang Wen-li. As heads of the Imperial and Alliance armies respectively, the two will face each other in battle over and over again.

The protagonist of the “lucky pervert” harem manga is a girl?! Natsuno Hanabi is returning to her home in the countryside for the first time in six years to attend high school. She was expecting to live in the luxurious Tachibana Manor… but due to an error, she ends up in the run-down apartment building Tachibana House. On her very first day there, she encounters a mysterious naked girl, witnesses an older girl in an embarrassing moment, and even ends up face-to-face with an embarrassing view of her close friend from childhood. And… she doesn’t see any of this as “lucky” at all, okay?!

LUPIN THE 3rd Part 5 is going to reveal the secret life story of how Lupin III came to be the world’s greatest thief. Lupin III, grandson of the infamous phantom thief Arsène Lupin, is a notorious thief who never fails in taking what he targets. Lupin works along with Daisuke Jigen, Goemon Ishikawa, and Fujiko Mine. Despite dealing against Inspector Zenigata, who has dedicated his life to capturing Lupin, they continue to swiftly take their targeted treasures. The series will be based in France, focusing on Lupin’s roots and origin, something that has been kept a mystery for 50 years…until now!

A comedy manga, “Shonen Ashibe,” that follows the friendship between baby spotted seal Goma-chan and first-grade student Ashiya Ashibe. First serialized in 1988 and adapted to anime in 1991, the adorable Goma-chan created a massive following and a spotted seal boom. This spring, Goma-chan returns to “Tentere Anime.” A cute, pleasant story of Ashibe and Goma-chan and their unusual school and their neighbors. Sometimes endearing, sometimes bizarre, it’s a fun anime for the whole family!

Haise Sasaki has been tasked with teaching Qs Squad how to be outstanding investigators, but his assignment is complicated by the troublesome personalities of his students and his own uncertain grasp of his Ghoul powers. Can he pull them together as a team, or will Qs Squad first assignment be their last?

Tokyo Ghoul:re was announced by Anime Limited as they have the UK & Ireland rights. Funimation will not be streaming the series on there, as they intend to make it available on Hulu instead. Crunchyroll have yet to actually reveal the news on their social media and website, in addition the simulcast has been delayed for unknown reasons. The series is now streaming but will be available later than other regions.

Anywho that’s the second wave of anime revealed for the service. As mentioned in the previous update Funimation do have a couple more titles heading to Crunchyroll with Dances with the Dragons, Golden Kamuy, High School DxD HERO, My Hero Academia Season 3 and Steins;Gate 0 but we’re going to wait for the full-regions to arrive first just in case. Stay tuned for the third wave article soon! 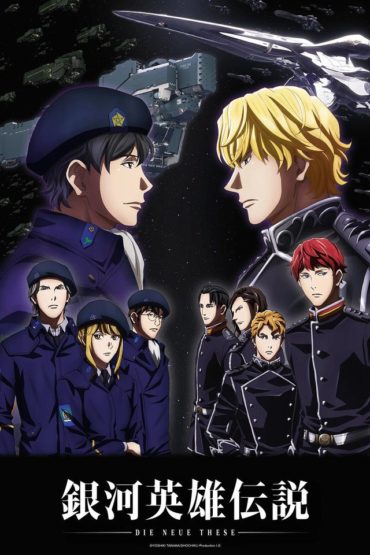 Crunchyroll to simulcast Ace of the Diamond: Act II, Bakumatsu Crisis, and More

Crunchyroll reveals the first wave of anime simulcasts for the Spring 2019 anime season.