This review will contain spoilers for Series 1 (episodes 1 – 12) of Fate/Apocrypha.

The Holy Grail War is now underway in Romania with many casualties on both sides, but the Black faction no longer hold the Greater Grail in their possession. Instead, the newly self-proclaimed leader of Red, Shirou Amakusa, has not only taken the Grail but also has control over all the Servants of Red. Ruler and the remaining survivors of the Black faction must now band together to stop Shirou’s world-changing wish from becoming a reality, but who will be the overall winner of The Holy Grail War at the end of it all?

You could easily summarise the first season of Fate/Apocrypha as a fun-filled action romp with brief character development and exploration thrown in where appropriate. For the second season however, they try to tip the scale so that it’s more equal, with a greater focus on evolving the last remaining characters and exploring the bigger overall themes that this particular Grail War invokes. That’s not to say that the action has drastically decreased; even though there’s not one in every episode like in the first season, the battles are now (story-wise) more important than ever, weightier in drama and elaborate in execution. With a large portion of Servants and Masters gone by the end of the first season, those remaining now have much more to fight for and plan to win at all costs, allowing for the big guns (the Noble Phantasms) and grand emotions to come out in full force. Each one is different, and there’s no re-tread of what we’ve seen before, so every fight is fun to watch in various ways. 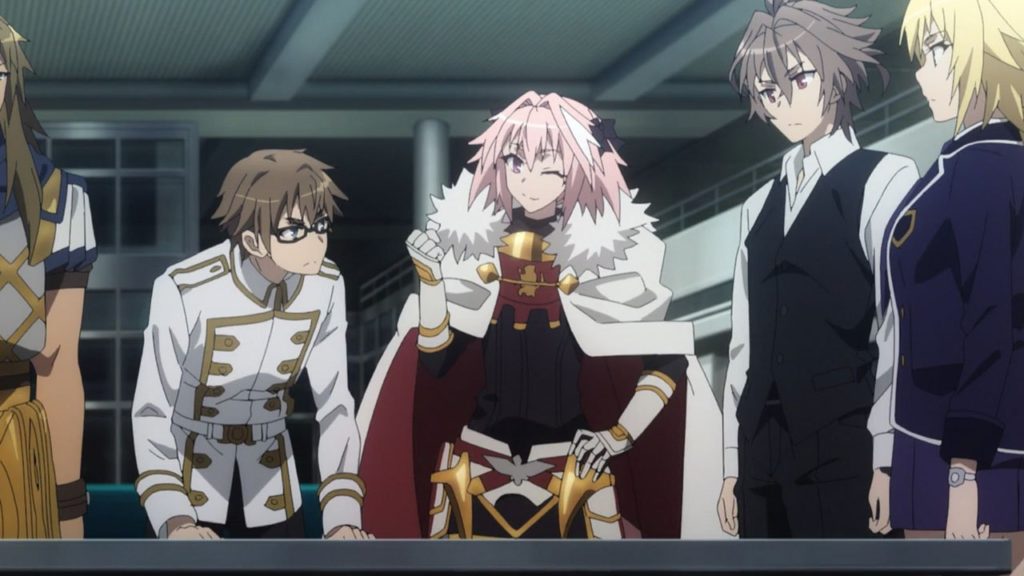 When it comes to the character and plot development however (which is given much more focus in these batch of episodes) that’s where it gets more complicated. The Fate franchise, whether it’s Stay Night or Zero, just loves to discuss big philosophical ideas and have clashing ideologies between Servants and Masters serving as a bed for character development, with Apocrypha being no different. For the latter, it pays off very nicely, especially for the side characters: Saber of Red and her Master find in each other what they lacked in their former lives, which is very heart-warming; Assassin of Black’s 3-parter expertly reveals and mirrors the ideals of various Servants in one go, and the teacher/student clashing between Archer of Black and Lancer of Red delivers a bro-fisticuffs battle that has a visually and emotionally satisfying conclusion. However the main characters, Sieg and Ruler, prove to be the weakest element of the series, which is a shame as they tie directly into the main conflict which is also undercooked. As a Fate fan, it’s easy to see what they were going for; Sieg and Ruler are similar to Shirou and Saber in the original Fate/Stay Night story (and not just because Ruler and Saber have very similar faces). Both Shirou and Sieg have an untapped potential and fantastical power that overcomes all odds, with an unwavering need to save humanity even at the cost of their own lives. Saber and Ruler are remembered in history as heroes but their lives were full of tragedy and they do not see themselves as  others perceive them. The problem is that Sieg and Ruler are far too similar in personality – stoic, lawfully good, not good with words, self-sacrificing – to really spark any kind of chemistry between them. The series keeps trying to push them together, spending a few quieter moments together, and although their relationship isn’t as ‘problematic’ as Shirou’s and Saber’s sometimes became (Sieg never tells Ruler to give up fighting for example) it cannot be saved from being dull to watch. In fact, Sieg and Rider of Black have far more chemistry and a stronger bond between them that eclipses the main leads in many ways, despite the series telling the audience otherwise.

A-1’s work on Fate/Apocrypha made news briefly thanks to the 22nd episode of the series; with many industry veterans from Fate/Stay Night creator Kinoko Nasu to Black Butler manga creator Yana Toboso, praising the animation of said episode. Whilst I hate to sound like ‘that critic’ who seems to hate everything, I have to admit that I personally found that episode incredibly distracting. Yes, the action scenes were very impressive, with stunningly executed mega-powers of the servants, however it came at the cost of the show temporarily not looking consistent with the rest of the series. From the body movements to the line details, it looks more like an episode of Gurren Lagann or Kill La Kill. I’m not saying that Hiroyuki Imaishi’s style is bad as I’m a fan of his work, but as the episode in question happens to wrap up several battles that were at the mid-point at the end of the previous episode, and the style is so different to the rest of the series, visually it’s very distracting and jarring. Personally, I was more impressed with the following episode and the battle between Assassin of Black and Saber of Red; it accomplishes the same tension filled battle and high-powered attacks whilst also staying in the same style as the rest of the series. 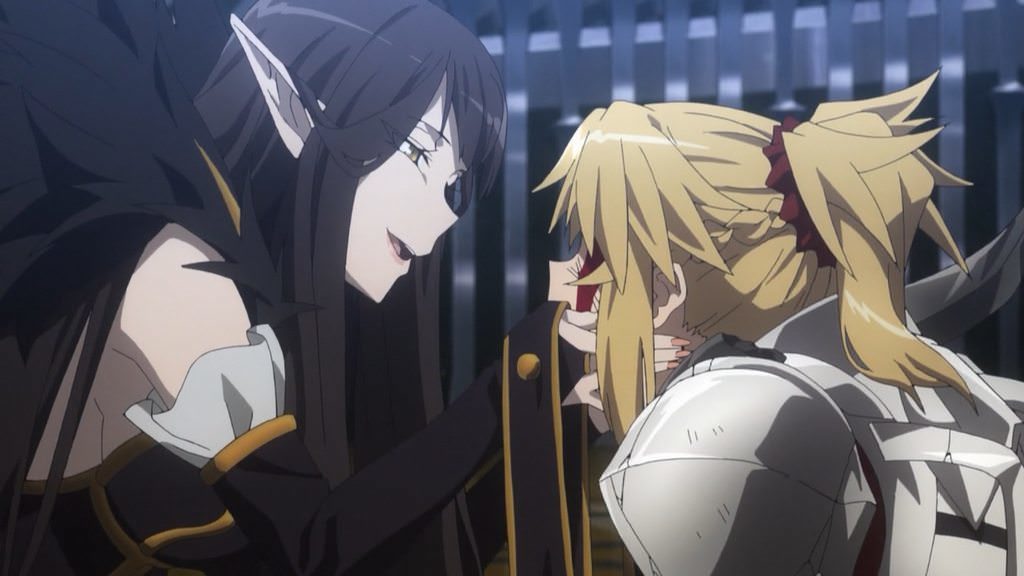 Fate/Apocrypha overall is a fun romp of fantastical action, memorable side characters and inconsistent but mostly good animation, that any new or old Fate fans should find enjoyable. If I had to rank it among the Fate series I’ve seen so far; I’d say it’s not as deep as Fate/Zero, nor as slow as Deen’s Fate/Stay Night or as troublesome as Ufotable’s Unlimited Blade Works became. It sits comfortably in the middle, as a series to happily binge through.

All episodes of Fate/Apocrypha are now streaming on Netflix UK in English, Spanish, French, Portuguese and Japanese, with English, French, Arabic, Japanese and Polish subtitles. 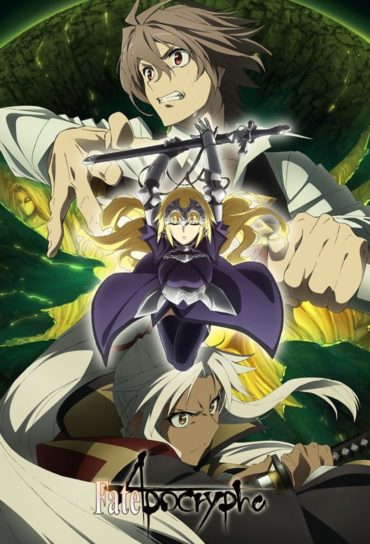 Fate/Apocrypha is 12 episodes complete with grand battles, great animation and glorious Fate-fanservice magic in a new overblown but fun-filled story. If you have Netflix, then don’t hesitate to check it out.

Fate/Extra Last Encore is an unusual addition to the Fate anime line-up so far – however it’s worth the time to stream if you’re a Fate fan and keep your expectations low.