Anime Expo 2018 is drawing closer to its conclusion and we have seen a lot of new announcements from a variety of book publishers!

These were all revealed during their industry panels.

The first publisher to have a panel is Dark Horse. During their panel they have revealed only one title that will be heading west with an English translation: 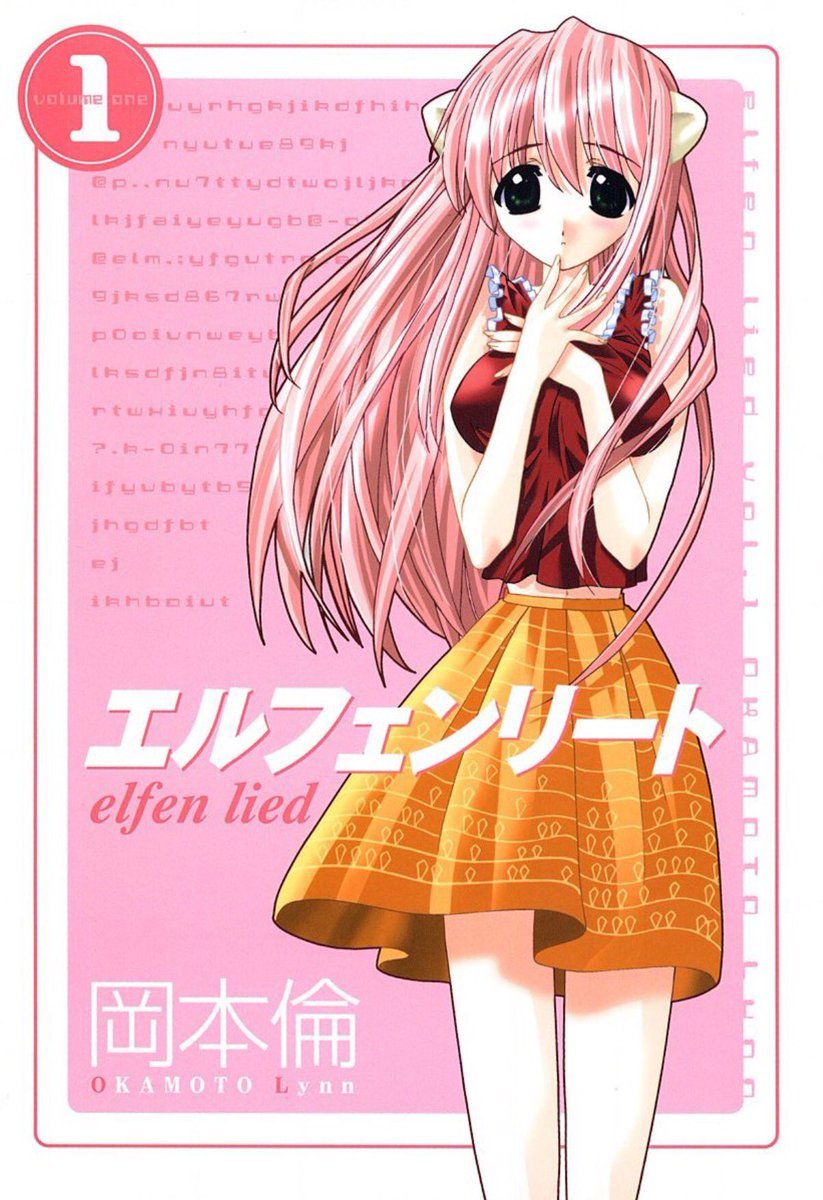 Lucy, a beautiful young mutant, is bred by the military to be the ultimate weapon. Now, with government killers on her trail, the disposition of a five year old, and a hair trigger for ultraviolence, Lucy and her young friends must unravel the dark secret of her legacy before it’s too late.

The 12 volume series will be released in 4 Omnibus volumes starting 22nd May 2019 with Omnibus 1. The source material was adapted into an anime which has been released by 101 Films (UK) and Section23 Films (US).

Kodansha Comics revealed two batches of announcements throughout the weekend. The first are two manga titles that will be made available digitally through ComiXology. 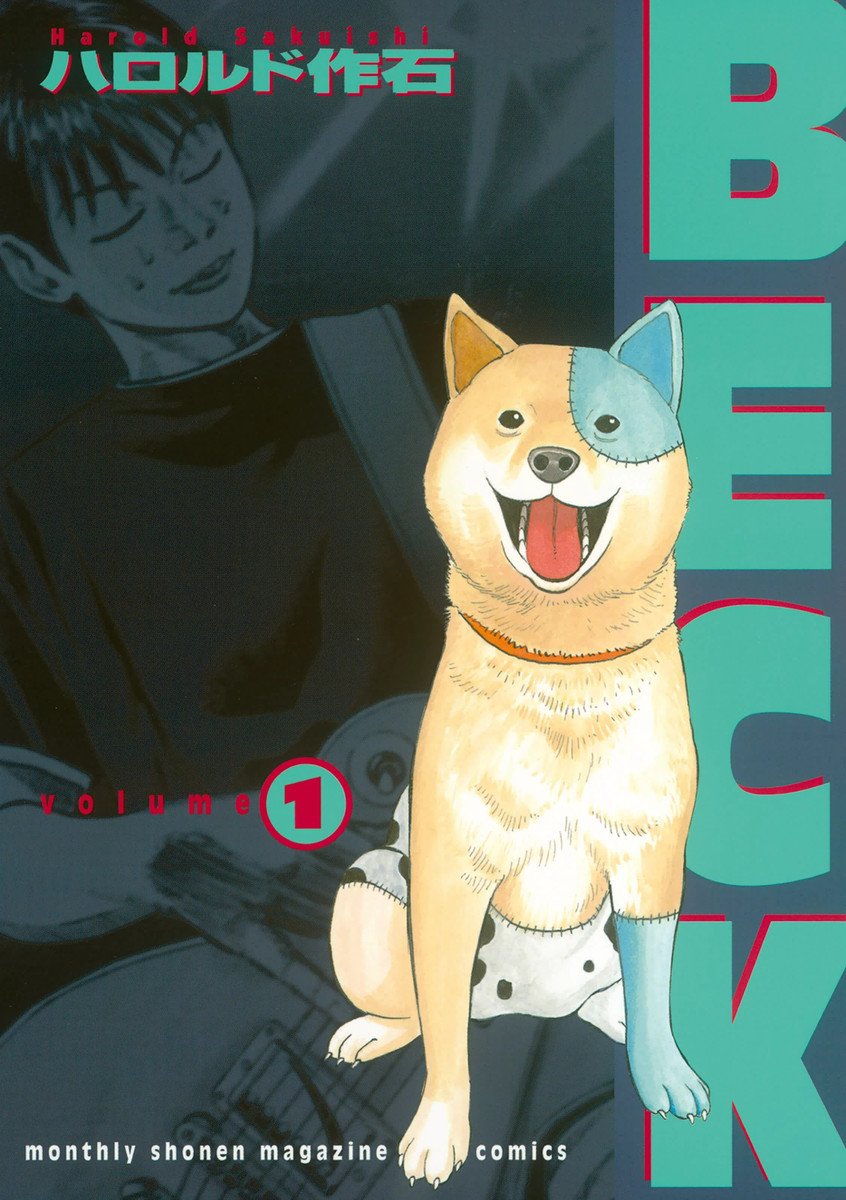 Fourteen-year-old Yukio Tanaka is one heck of a boring guy. He has no hobbies, a weak taste in music, and only a small vestige of a personality. His shy and somewhat neurotic personality makes him his own worst enemy. Little does he know that his life will be forever changed when he meets rocker Ryusuke Minami, an unpredictable sixteen-year-old with a cool dog named Beck. Ryusuke has just returned to Japan from America, and when he inspires Yukio to get into music, the two begin a journey through the world of rock ‘n’ roll dreams!

Volumes 1-14 are available right now with volumes 15-34 coming soon on the digital service. The source material was adapted into an anime which has been released by Anime Limited (UK) and Funimation (US). 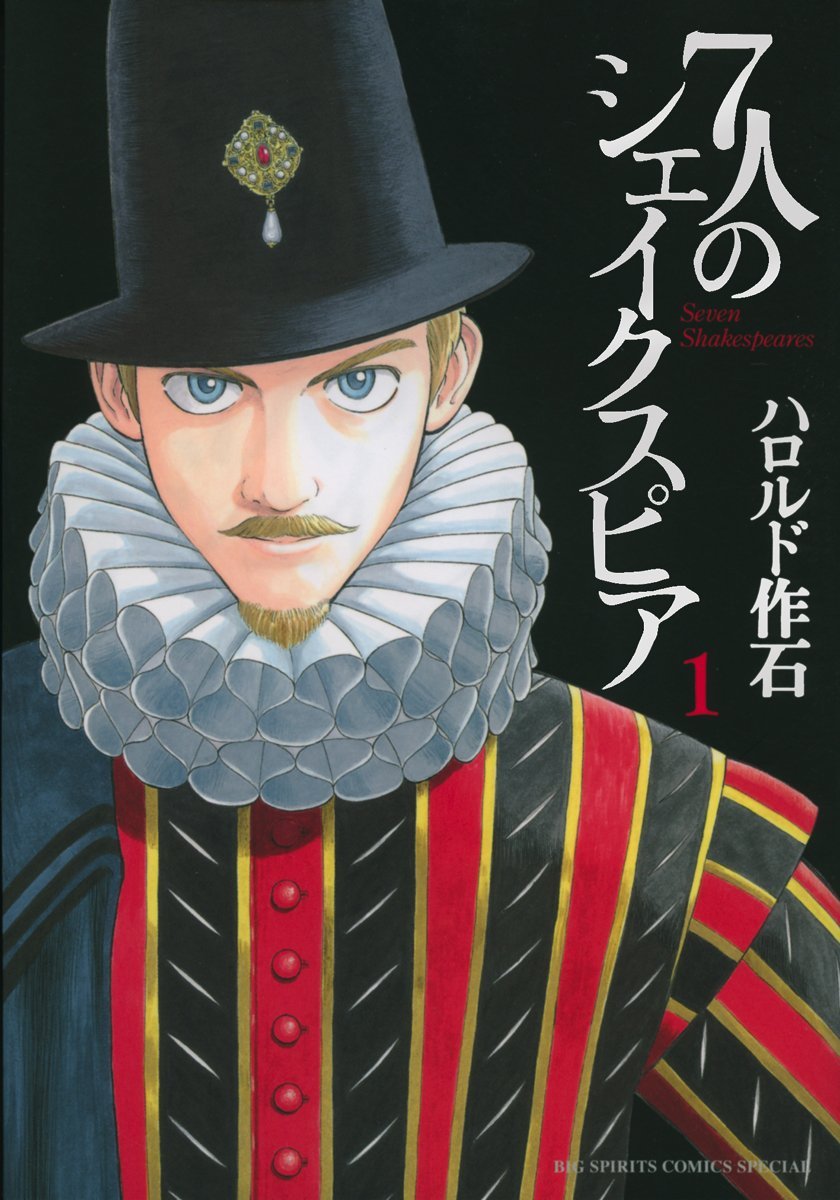 Literary secrets come alive when Harold Sakuishi, creator of the all-time-classic rock ‘n’ roll manga BECK, tackles a different kind of legend: William Shakespeare. He’s said to be the greatest playwright and poet in history, the author of Romeo and Juliet, Hamlet, and Macbeth, but just who was William Shakespeare? Harold Sakuishi unlocks the secrets behind the writer you only thought you knew!

Volumes 1-4 are available right now with volumes 5-7 coming soon on the digital service.

Next we have a bunch of new announcements from their industry panel. 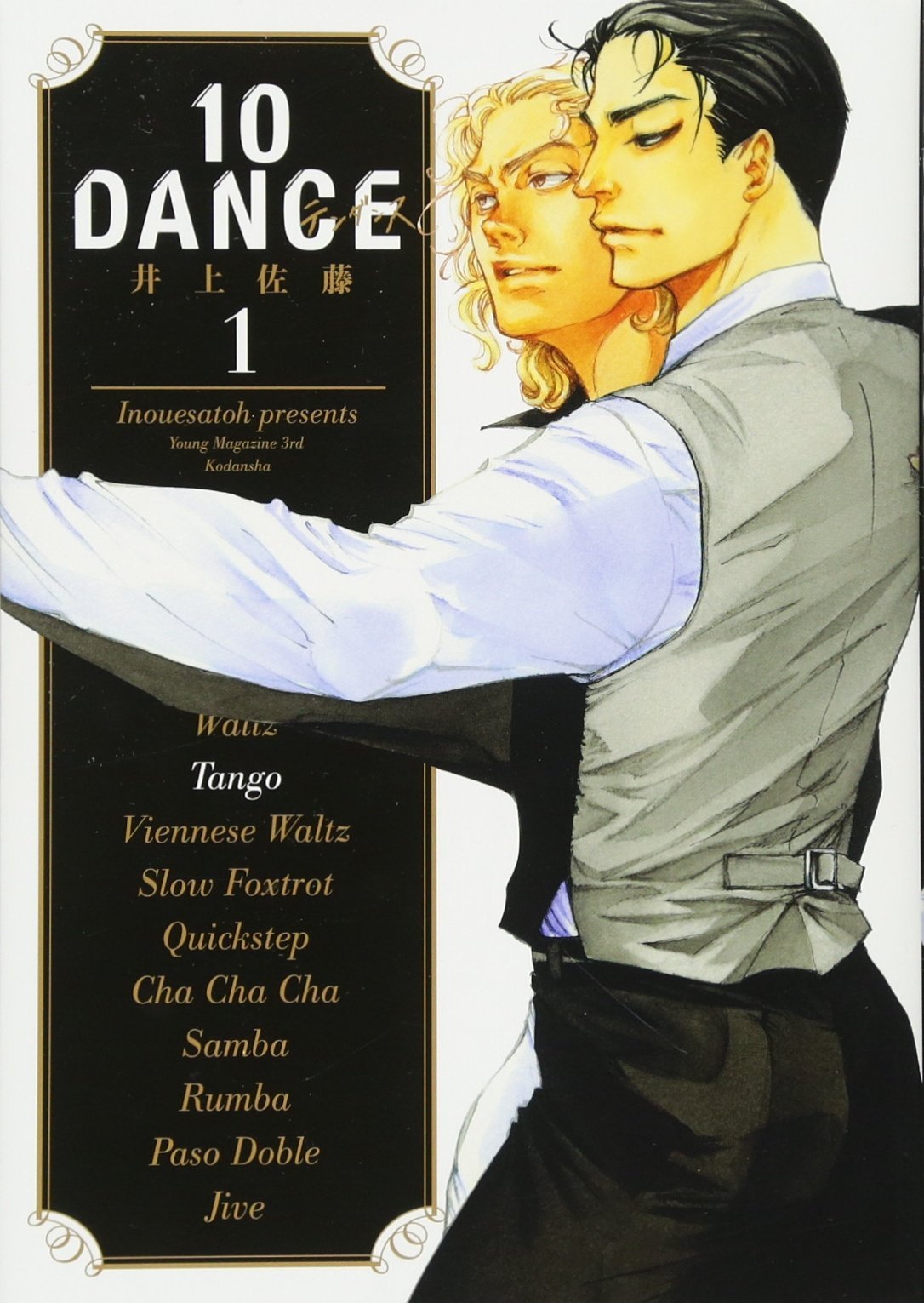 Sugiki, a standard ballroom dancer, offers to teach Suzuki, a Latin American dancer, ballroom in exchange for Suzuki to teach him in return. Their names are similar, but their personalities are totally opposite, just like their dance. When the two meet, something’s bound to happen!

The 2012 manga series will have its first volume available in print scheduled for January 2019. 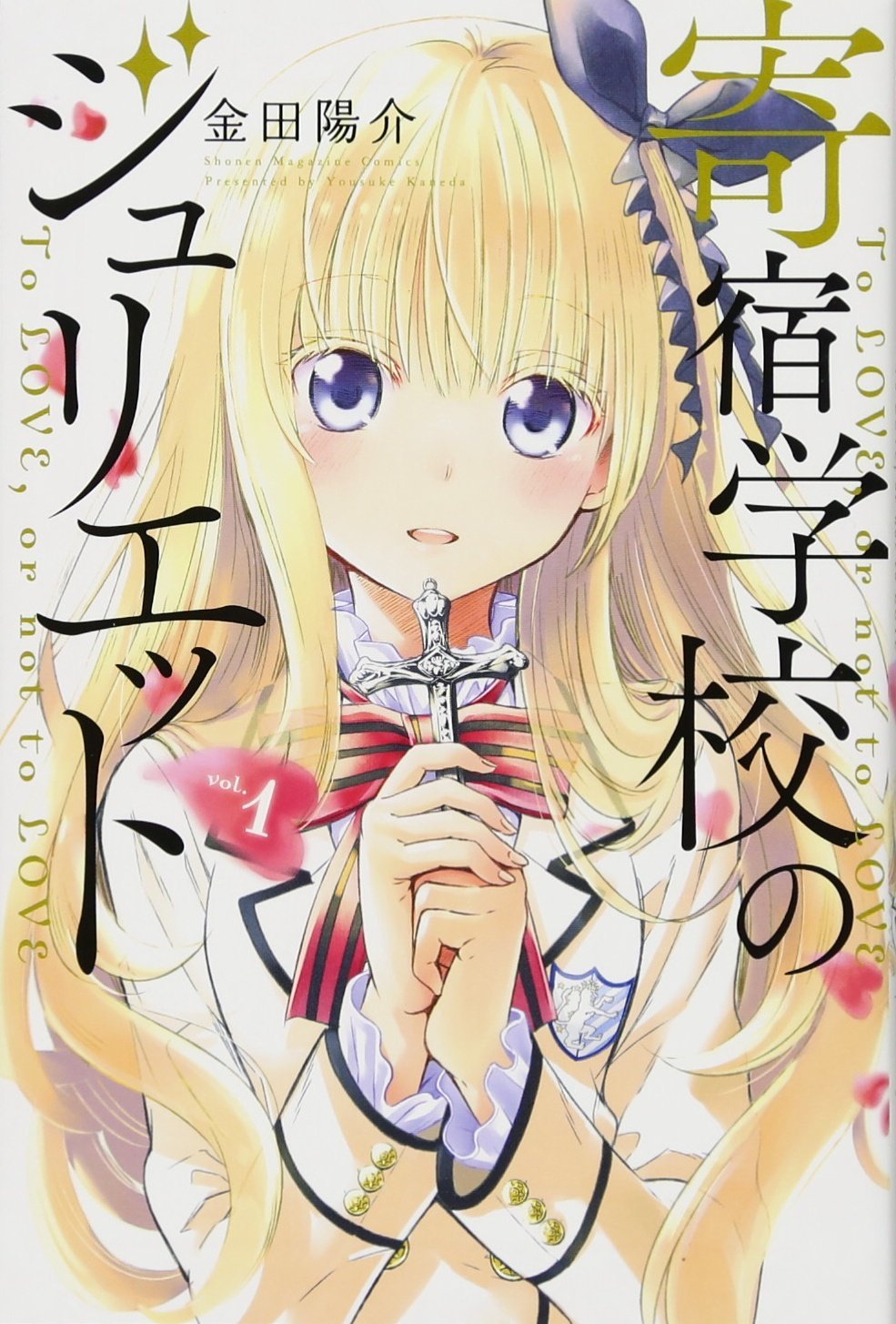 At Dahlia Academy, a prestigious boarding school attended by students of two feuding countries—the eastern Nation of Touwa, and the Principality of West – Romio Inuzuka, leader of the dorms’ Touwa first-years, wishes for a romance that can never be. For his ladylove is none other than his arch-enemy, Juliet Persia, leader of the dorms’ West first-years! Is Inuzuka ready to risk it all to confess his feelings? And even if Persia somehow agrees to go out with them, how long can they keep a forbidden relationship under wraps?!

The digital version is already available, but Kodansha Comics will now be bringing the 2015 manga series to print with volume 1 scheduled for October 2018. 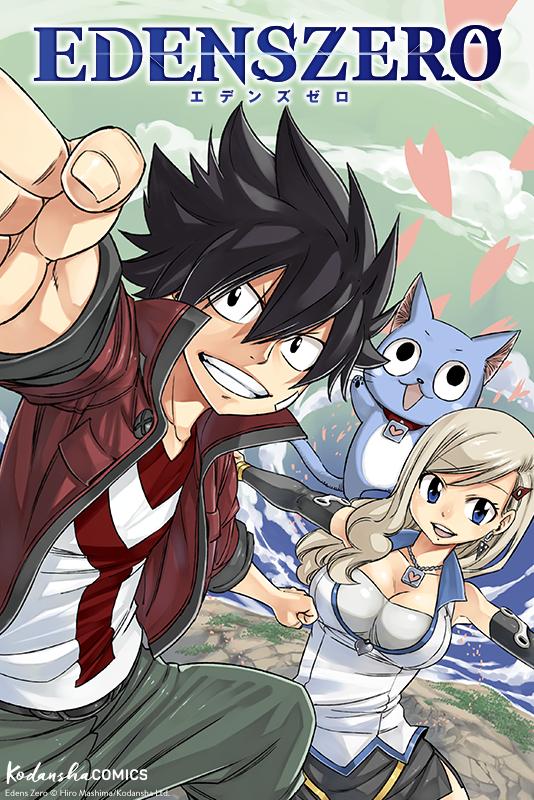 A young boy gazes up at the sky and sees a streaming bolt of light. The friendly, armor-clad being at his side tells him gently, “That’s a dragon.” The fact that he’s joking isn’t important. What’s important is the look of wonder on the boy’s face… and the galaxy-spanning adventure that’s about to take place!

The next series from the creator of Fairy Tail will be available as a simulpub across various digital services including Crunchyroll and also in print with Volume 1 scheduled for October 2018. 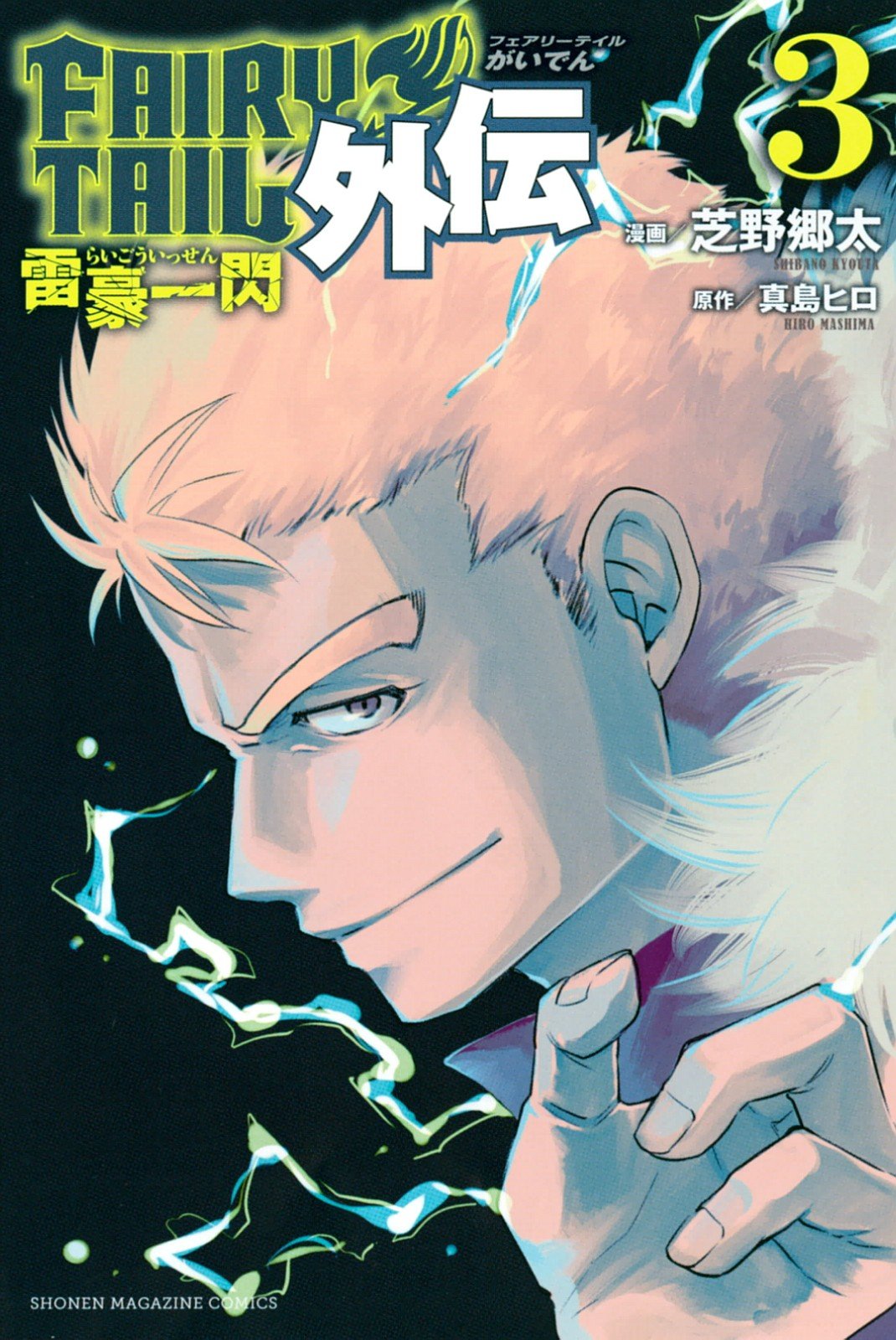 The third volume in the Fairy Tail Gaiden spin-off series focusing on Laxus Dreyar is scheduled for November 2018 in print. 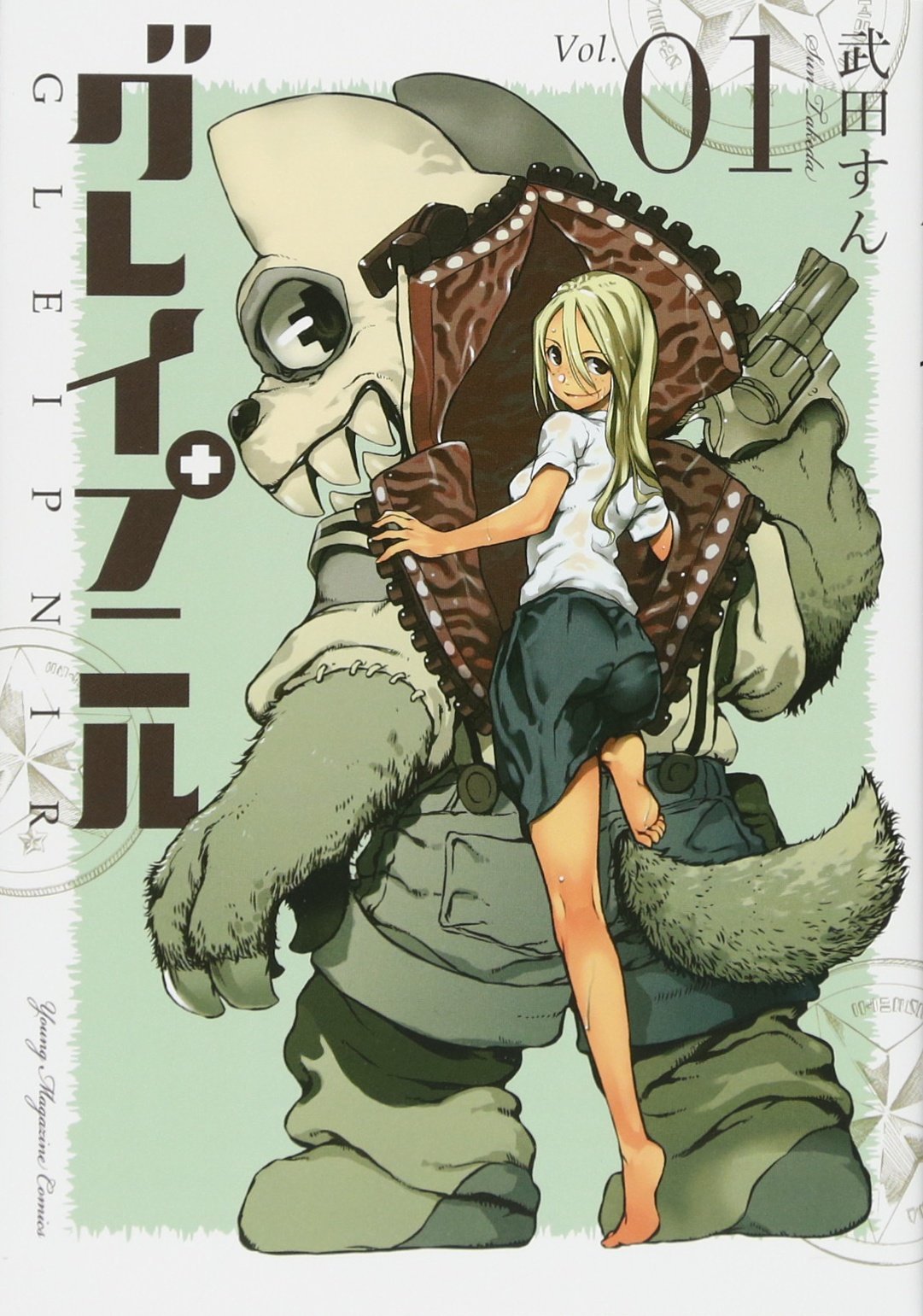 Dark, disturbing, sexy, and shameful, this new science-fiction action manga stars a dominating teenage girl searching for a sister who became a monster, and a submissive boy with the strange power to turn into a ragged but powerful beast, with a zipper down his back and a compartment on the inside just big enough to hold a human body. It’s like one of those cute kid’s monster manga, but with a dose of S&M!

The 2015 manga series will have its first volume available in print scheduled for March 2019. 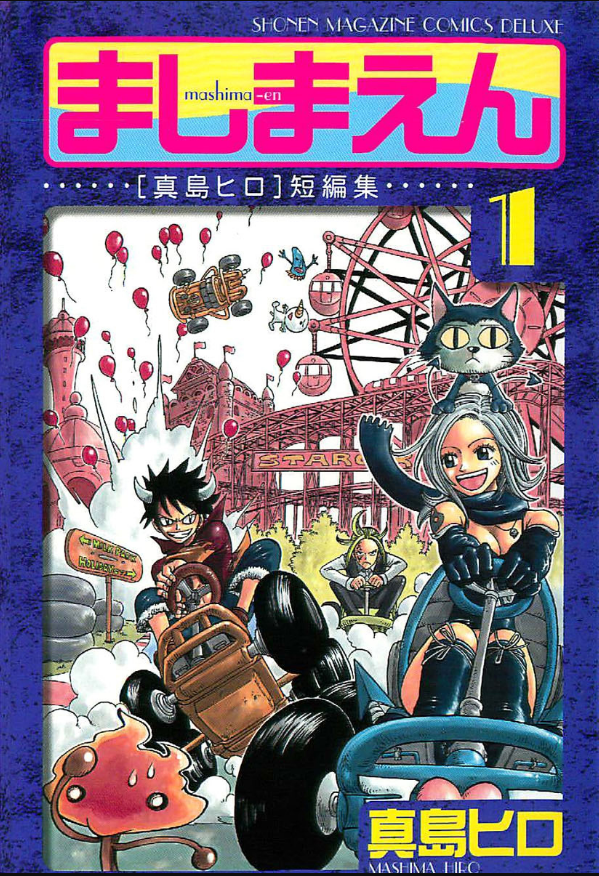 A collection of short stories written by Hiro Mashima during 1998-2003 which also includes a short story on Fairy Tail before its manga series began. Both volumes will be compiled into one 400-page volume scheduled for October 2018 in print. 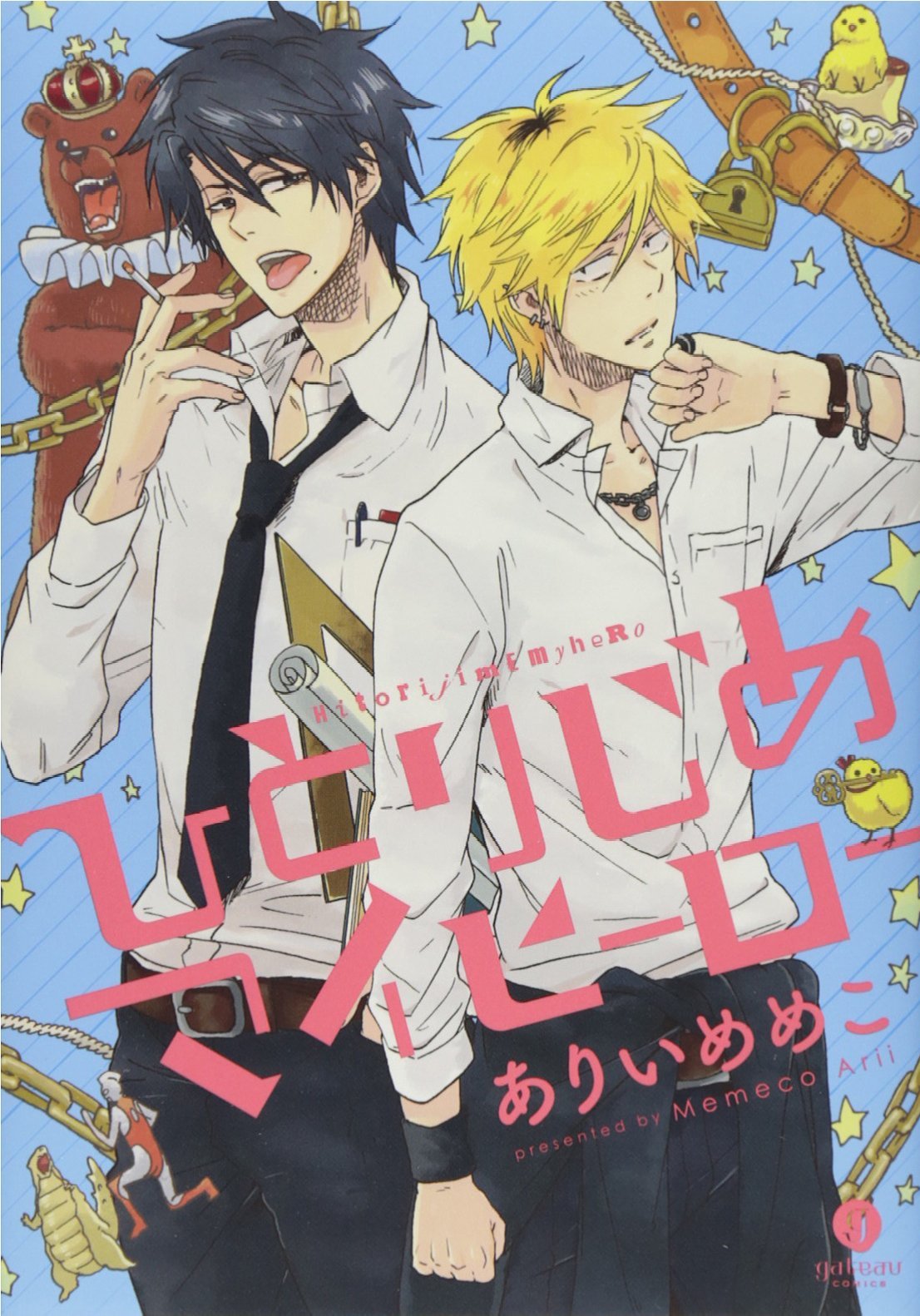 High schooler Masahiro Setagawa is a fairly helpless delinquent, so much so that the neighbourhood bullies use him to run their errands. His life changes when he meets high school teacher Kosuke Oshiba, a man whose fighting abilities have earned him a powerful reputation on the streets. Oshiba finds himself with a desire to protect Setagawa, and despite swearing that he’s not interested in men, Setagawa finds himself getting more involved in Oshiba’s affairs…

The 2012 manga series will have its first volume available in print scheduled for March 2019. The source material was adapted into an anime which has been licensed by Sentai Filmworks (US). 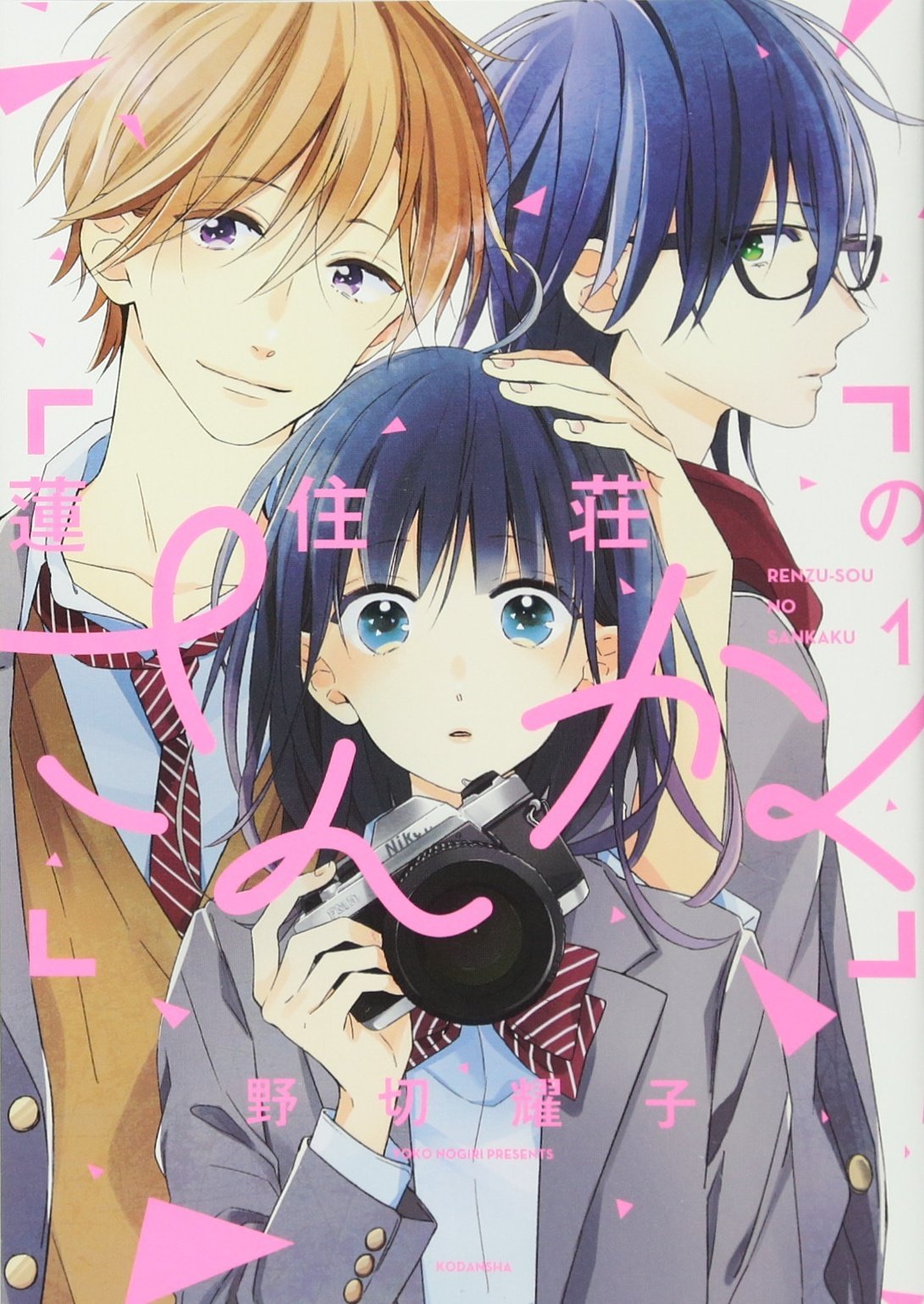 Love In Focus
(Renzu-sou no Sankaku)

Mako, a girl with a passion for photography, moves away from her childhood home and begins living in the Renzu dormitory in order to attend a high school with a famed photography club. In her new home, she encounters her childhood friend Kei, as well as Amemura, an unsociable person who doesn’t like photos.

The 2016 manga series will have its first volume available in print scheduled for March 2019. 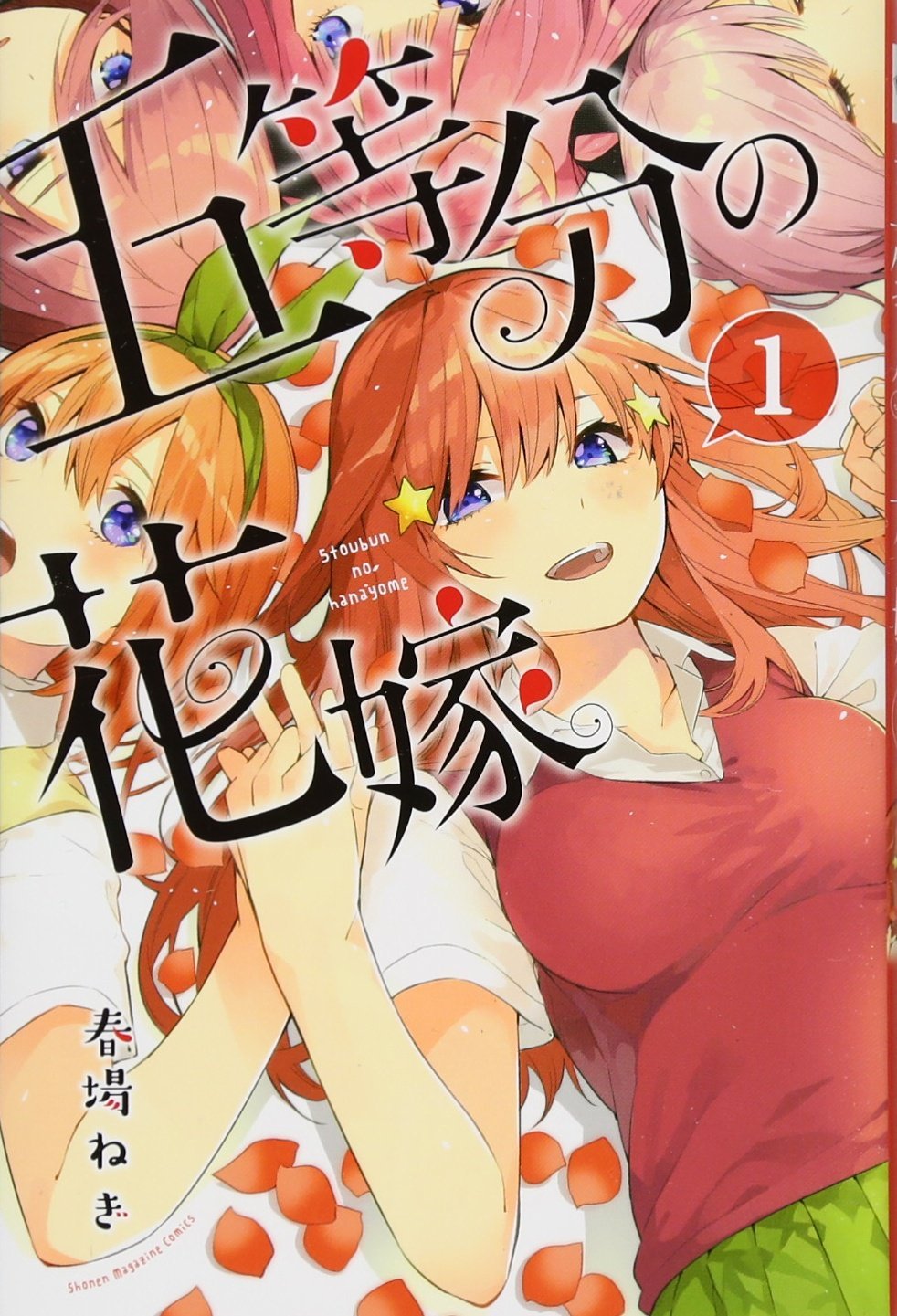 The Quintessential Quintuplets
(5-toubun no Hanayome)

One day, a poor high school second-year named Futaro Uesugi comes across a private tutoring gig with good pay. But his pupils are his classmates!! And they’re quintuplets!! A-and they’re all gorgeous girls, but they’re also troublemakers who hate to study and are on the verge of flunking out! And his first task is simply gaining the sisters’ trust?! Every day is a party! The curtain is rising on the Nakano quintuplets’ quirky romantic comedy with five times the cute!!

The digital version is already available, but Kodansha Comics will now be bringing the 2017 manga series to print with volume 1 scheduled for January 2019. 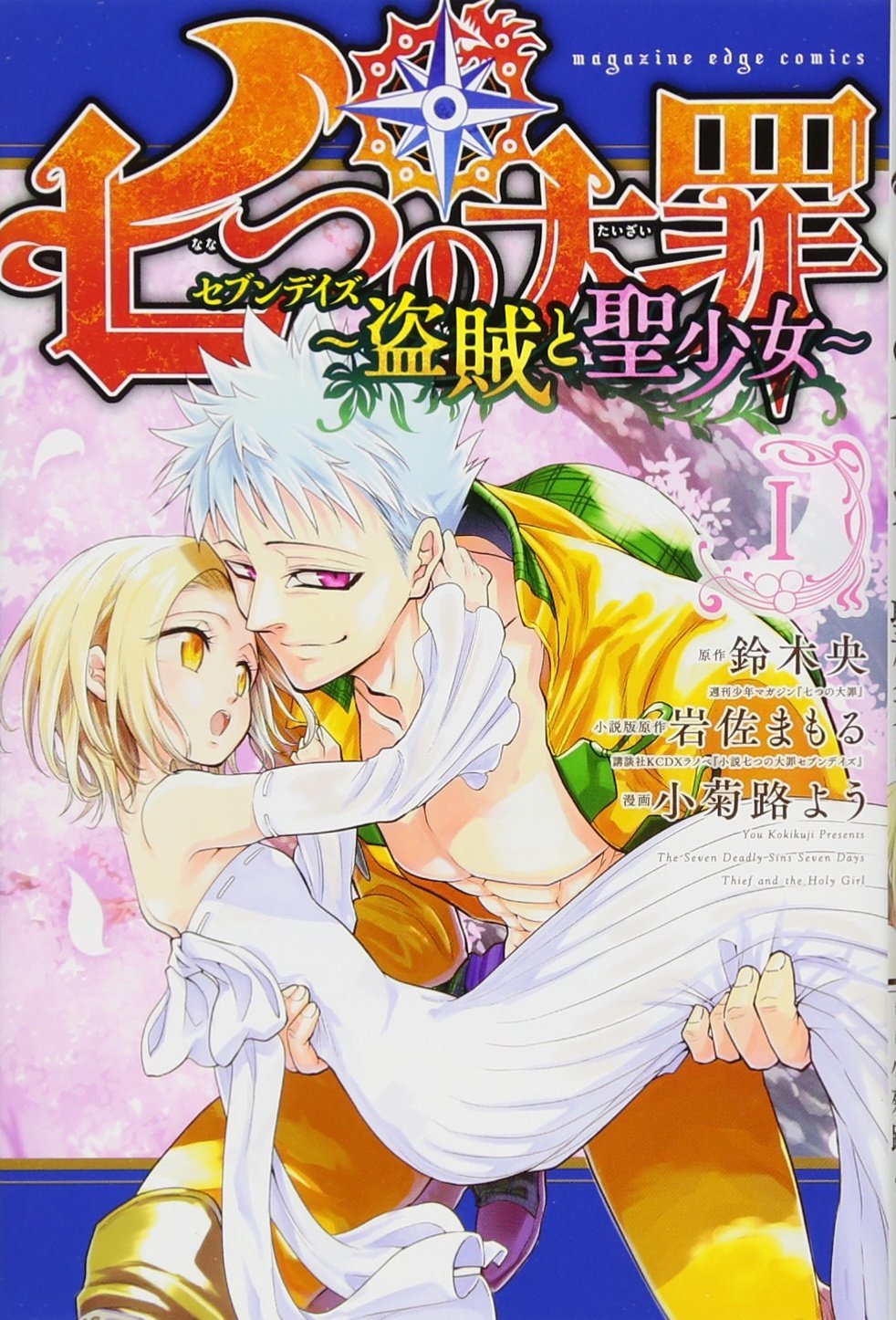 In the land north of Britannia, there is a forest where humans are not allowed to go, and it is known as the “Fairy King’s Forest.” The one known as the Fairy King, Harlequin, has not been seen for 700 years. His younger sister Elaine guards the Fountain of Youth from human greed by herself. After many partings and 700 years of isolation, her tears are about to dry up. Then, a young man appears seeking the Fountain of Youth. That young man’s name is Ban. Over the course of seven days with Ban, Elaine’s heart is healed. The distance between them closes, but…

The 2017 manga version of the spin-off series is coming to print with volume 1 scheduled for October 2018 and volume 2 scheduled for November 2018. 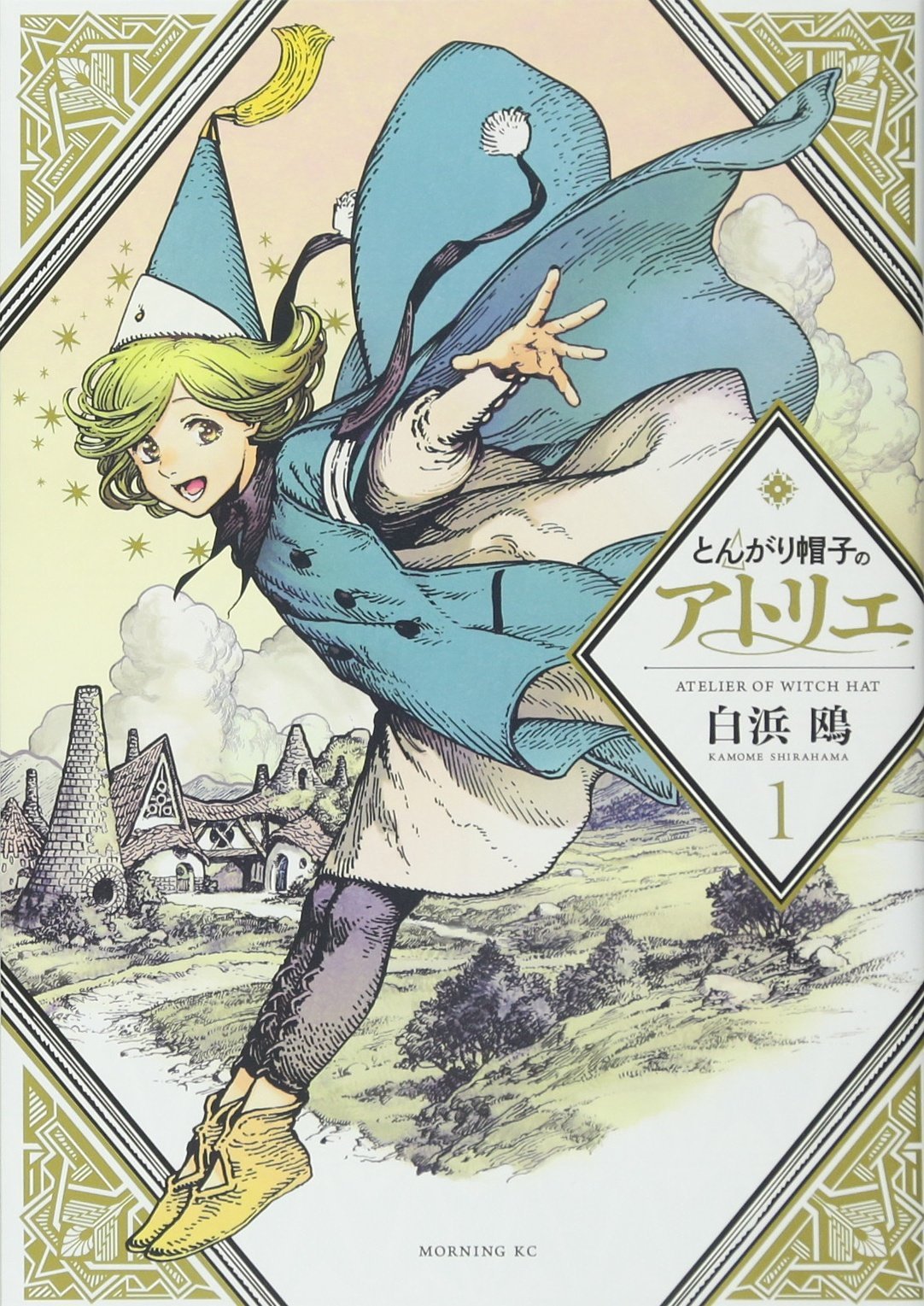 Coco, a girl living in a small village, had been dreaming of becoming a magician since little. But people who don’t know how to use magic since birth are unable to become magicians, or witness the moment magic occurs. But one day, Coco accidentally saw Qifrey, a magician that was visiting the village casting a spell. This is a magical story that had fallen upon a girl, weaved by despair and hope.

The 2016 manga series will have its first volume available in print scheduled for March 2019. 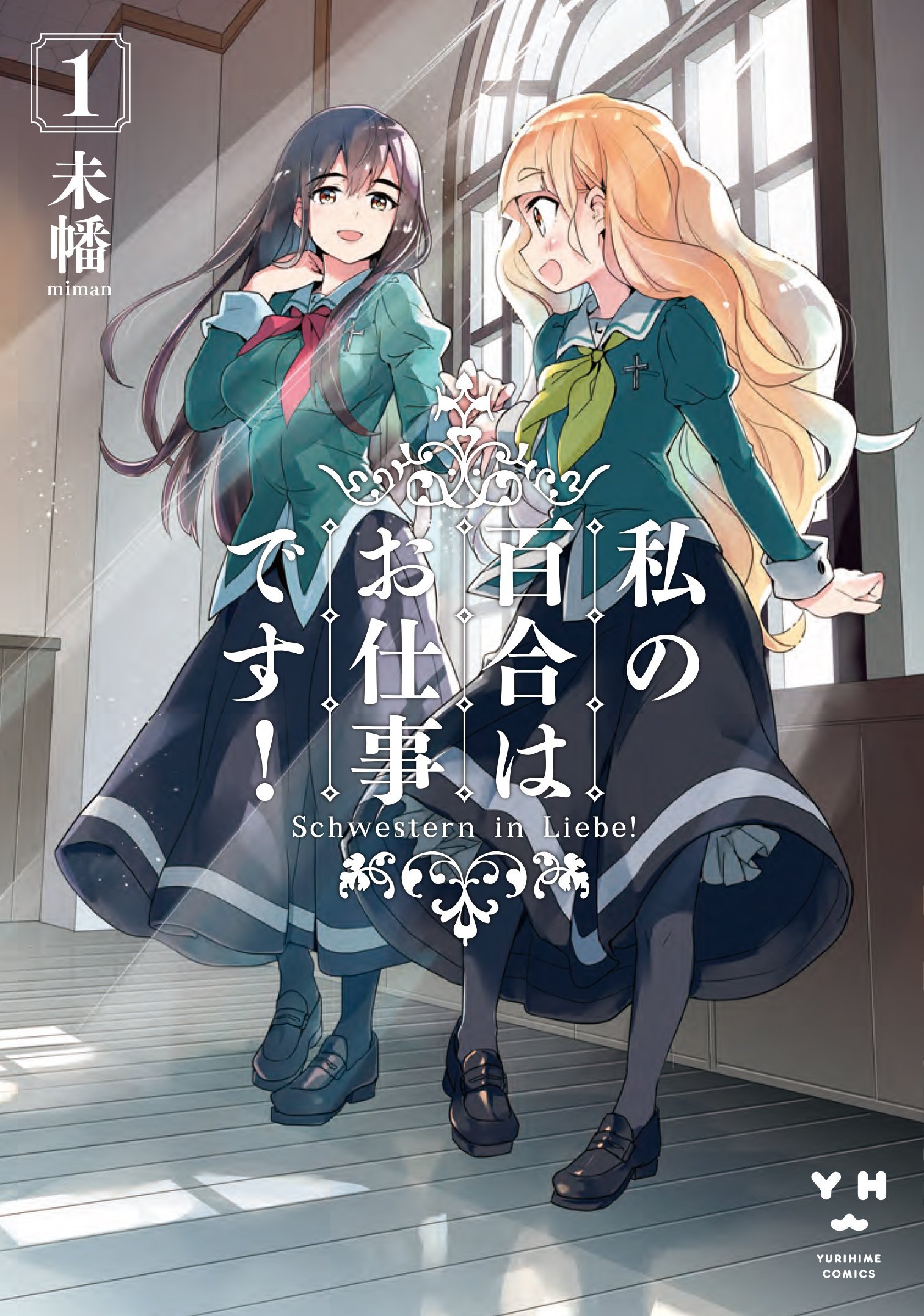 Yuri Is My Job!
(Watashi no Yuri wa Oshigoto Desu!)

Hime gets roped into working at a weird café where the waitresses pretend to be students at an all-girl boarding school. She’s strangely taken with her partner Mitsuki, who’s so kind to her in front of the customers. There’s just one problem … Mitsuki really can’t stand her!

The 2016 manga series will have its first volume available in print scheduled for January 2019.

Vertical have one announcement to share which they unveiled during their joint industry panel with Kodansha Comics. It’s a novel but many will no doubt be excited to check it out! 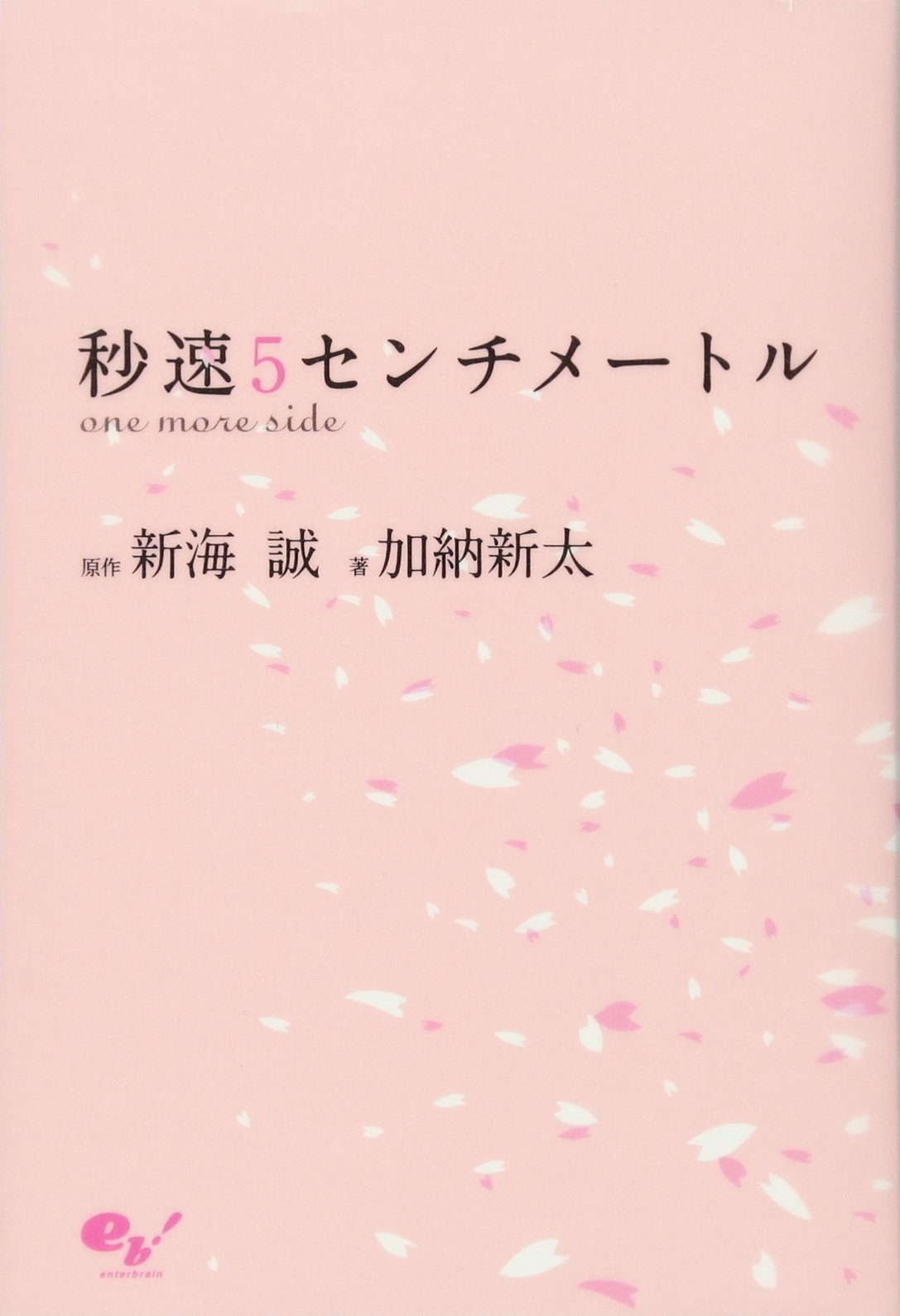 A tale of two people, Toono Takaki and Shinohara Akari, who were close friends but gradually grow farther and farther apart as time moves on. They become separated because of their families yet continue to exchange contact in the form of letters. Yet as time continues to trudge on, their contact with one another begins to cease. Years pass and the rift between them grows ever larger.

The second novel based on Makoto Shinkai’s anime feature film focusing on the point of view of the main female character is making its way to the west with an English translation. The novel was released in 2011 and will be available in English starting February 2019.

And that’s all of the announcements from these three publishers. Stay tuned for the next coming posts covering what Viz Media, Seven Seas and Yen Press have in store. 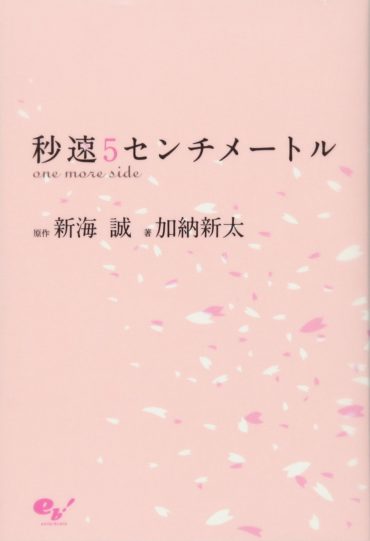