Streaming service Crunchyroll and distributor Funimation have revealed some details for the upcoming second half of Attack on Titan Season 3.

Starting with Crunchyroll, the season will be available in original Japanese audio with English subtitles starting Sunday, April 28th. The territories have also been confirmed for United Kingdom, Ireland, United States, Canada, Australia, New Zealand, South Africa, Central America, South America, the Caribbean; and also for Premium Members in the Nordics and the Netherlands.

As mentioned earlier, Season 1 has been re-added so you have all the main episodes available to watch in preparation for the upcoming series.

Next, we have Funimation. The season will be available first in original Japanese audio with English subtitles starting Sunday, April 28th at 6:35pm BST, followed by the English simuldub starting Sunday, May 26th (a day after the US Toonami broadcast). The territories were also confirmed for United Kingdom, Ireland, United States, Canada, Australia, and New Zealand.

Season 3 Part 2 continues the events of the anime’s third season’s first half. A trailer is available, however many readers of the source material have recommended anime-only watchers to avoid it for spoiler reasons, but if you are not fussed by that matter here it is below:

Plot synopsis via Crunchyroll of Season 1:

Known in Japan as Shingeki no Kyojin, many years ago, the last remnants of humanity were forced to retreat behind the towering walls of a fortified city to escape the massive, man-eating Titans that roamed the land outside their fortress. Only the heroic members of the Scouting Legion dared to stray beyond the safety of the walls – but even those brave warriors seldom returned alive. Those within the city clung to the illusion of a peaceful existence until the day that dream was shattered, and their slim chance at survival was reduced to one horrifying choice: kill – or be devoured! 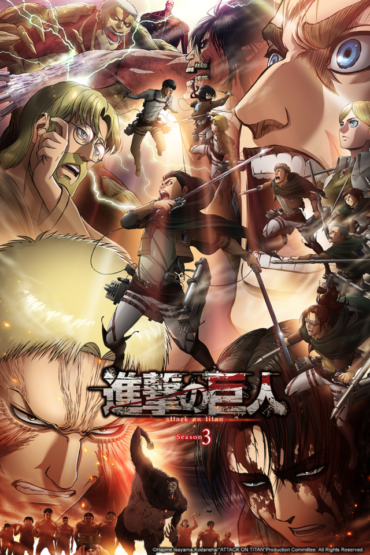