We probably all know about the issues regarding cartoon violence on TV. In 2018, a report was released saying that the American cartoon series Rick and Morty was the deadliest show on TV, with 808 deaths across its first three seasons. Weirdly however, although it is the most deadly, it’s not the most bloody. Arguably, the bloodiest TV show would be this one, for a simple reason: the main characters are blood cells.

Released as “a story about you” and adapted from the manga by Akane Shimizu, Cells at Work! is set in a human body, depicted as a working city. The characters are mostly cells in the body doing various jobs, and invaders trying to cause harm. We primarily follow two cells, one of which is Red Blood Cell AE3803, whose job it is to deliver oxygen, carbon dioxide and nutrients around the body but who is constantly messing things up, finding herself in trouble, and ending up getting lost around the body. On one job, she is attacked by an invading pneumococcus bacterium but her life is saved by White Blood Cell U-1146, who on the surface seems harsh and dominating but is actually pleasant company. 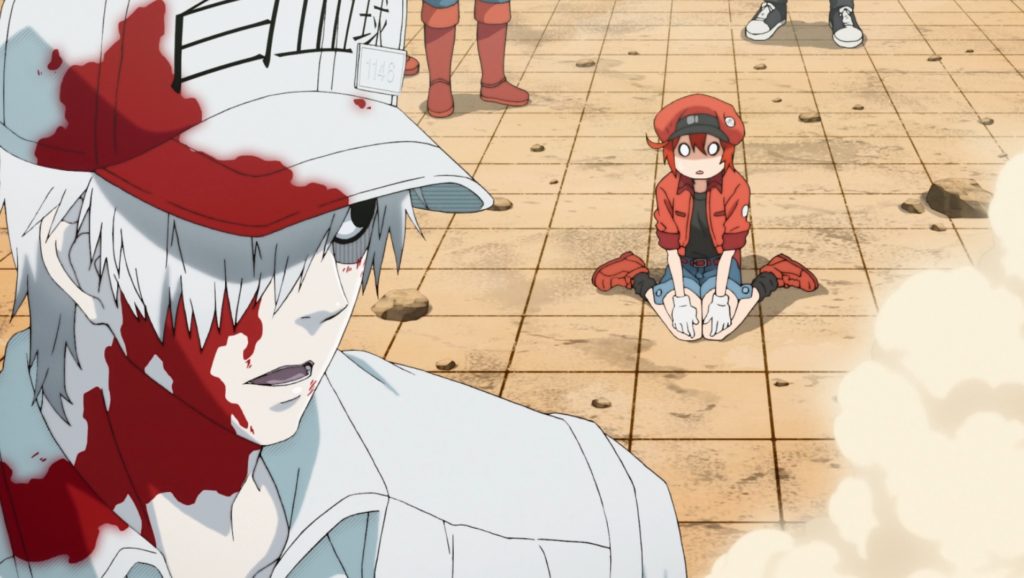 Despite the fact that they live in a world where the population is approximately 37.2 trillion, Red and White are constantly bumping into each other and come across many other cells with other jobs along the way. They include the ultra-aggressive Killer T Cell, the maid-like but heavily weaponed Macrophage, and the child-like and utterly adorable Platelets.

Together, along with many other cells, they try to keep their world going, while dealing with all kinds of threats. This means that to them a single bacterium entering the body is a life-threatening situation. While a scrape wound to us is just annoying, to the cells a massive hole has been created that can suck them out of the world altogether. That, however, is only a small-scale threat. Things become even more destructive when the cells face actual situations that threaten the entire body, with heatstroke being the equivalent of global warming, one cell going rogue and turning into a deadly Cancer Cell, or the body suffering hemorrhagic shock resulting in massive blood loss that could destroy all life in their world.

One appealing aspect of Cells at Work! is that is does truly serve as an educational tool. You do learn a fair bit about how the body works when watching this anime. In the USA, medical experts have praised the way the anime depicts cancer, while one university in China has assigned the series as homework for biology students. Some viewers have however complained about the overreliance of the narration (provided by Mamiko Noto in the original Japanese and Karen Strassman in the English dub), which breaks up the flow of some of the more action-packed sequences. 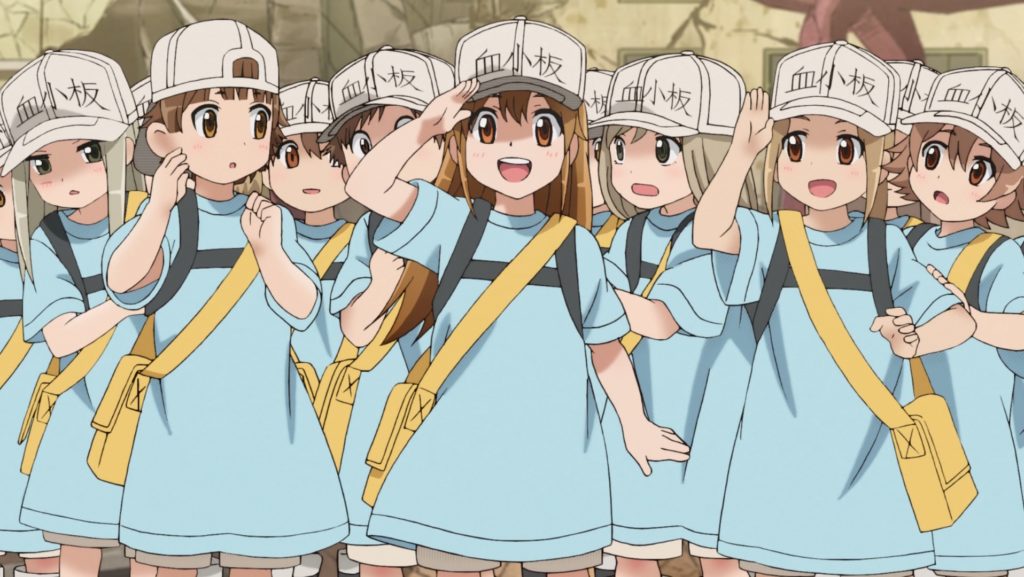 When comparing it to other anime, the closest you can get to is Moyasimon, in which an agricultural student has the ability to see microbes with the naked eye and talk to them, but in that series the bacteria are on the whole friendly, while in Cells at Work! they are the baddies. There are other educational animated series also about the human body, perhaps the most famous being the 1987 French series Once Upon a Time… Life, a series that did air on Channel 4 in the UK. However, there are some key differences. For example, in Once Upon a Time… Life, the White Blood Cells are depicted are police armed with batons. In Cells at Work! they look more like soldiers and are armed with knives.

This leads to another key difference between these shows. As mentioned earlier, you can argue that Cells at Work! is the bloodiest TV show because most of the characters are blood cells. But then again, Once Upon a Time… Life also has blood cells as characters, so how come that is not as bloody as the anime? The answer is because Cells at Work! features blood being spilled too. When White Blood Cell attacks, he is slashing and eating bacteria, so his all-white uniform is constantly ending up being covered in blood. The bloodshed is also true of the other immune cells, with one of the oddest being Macrophage, who is constantly smiling even when she is slaughtering bacteria with gigantic machetes and hammers, getting blood on her maid uniform. This in turn leads to another oddity about the anime: how did a show that features this much blood being splattered get a PG rating? In comparison, Anime News Network lists the show’s “Objectional content” as “Significant”, the original manga has a “Teen”/13+ from publisher Kodansha, and some spin-off titles are considered suitable for adults only. 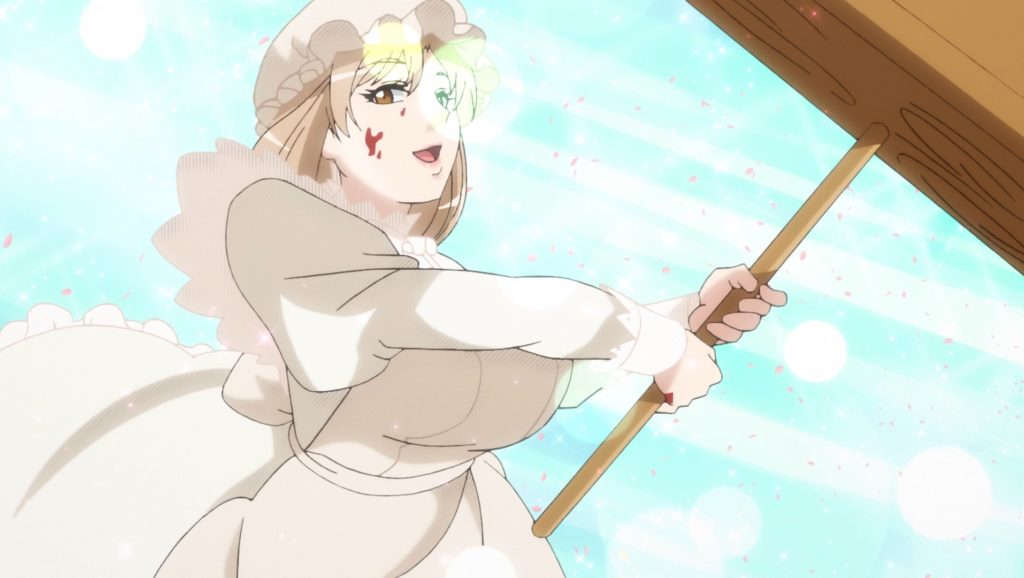 However, while the educational aspect of the series is all well and good, the main appeal of Cells at Work! is the characters. The two central figures are both fun to watch. Red Blood Cell provides a lot of comedy due to her klutz-like behaviour and the trouble she gets herself into, whilst White Blood Cell also gets humour out of the way he attacks the bacteria, while also being friendly to the other cells. Put it this way, the sight of someone all in white, but covered in blood, acting perfectly friendly to someone, is always going to be funny. Not all the comedy works though as there are a few groan-worthy puns like “Cell-shocked” for “Shell-shocked” and “What the cell is this?” for “What the hell is this?” Aside from that, the character design is also appealing, with the top draw being the Platelets. Every other character finds them adorable, and so will anyone watching them. They are completely and utterly cute. Turns out even blood cells can be kawaii.

Having said this, some of the ways characters are depicted are problematic. This mainly comes across in the episode featuring the Cancer Cell. While it features much to be applauded, with many great action sequences and a villain whose body-changing abilities put one in mind of the film Akira, it does end with White Blood Cell, just before he delivers the final blow, hearing Cancer Cell’s last words as he tries to justify himself. Now, it might be just me, but if you were writing up a list of characters that deserve a tragic back story, I doubt that one of those is going to be for a disease, especially one we have yet to discover a cure for. 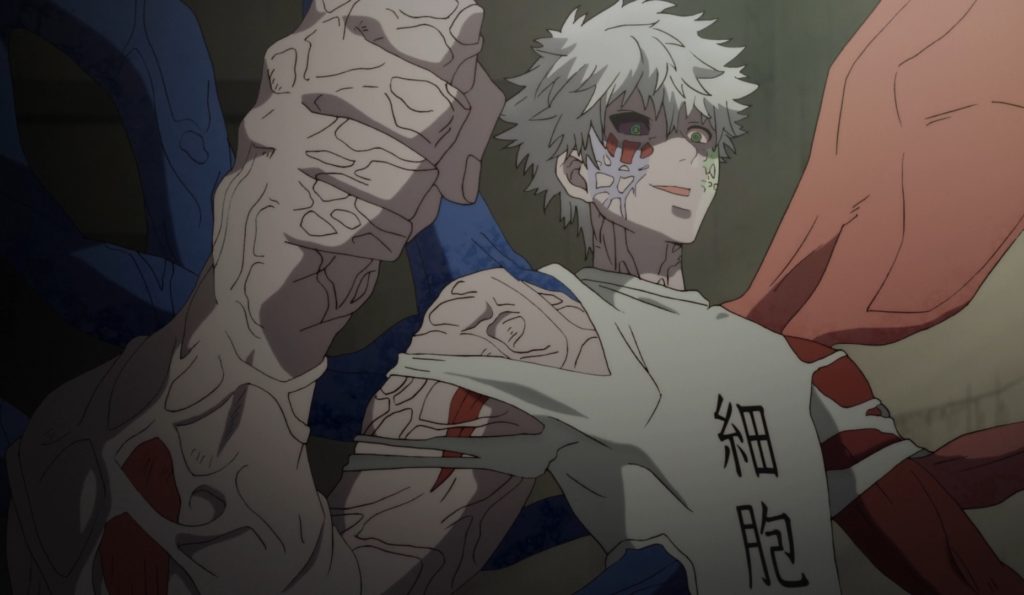 The soundtrack is also a big draw. The main music composed by Kenichiro Suehiro (Darwin’s Game, Golden Kamuy, Re:ZERO) is an enjoyable listen, as are both of the show’s themes. The ending, “CheerS” by ClariS, is pleasingly charming, but personally speaking the opening is better. This song, “Mission! Health Comes First”, is performed by the cast, with the segment in the opening titles sung by the voice of Red and White Blood Cells, Kana Hanazawa and Tomoaki Maeno respectively. This is also one of the reasons why I prefer the Japanese dub to the English, as I found their performances more fun and engaging than those of Cherami Leigh and Billy Kametz. The Platelets certainly sound much more adorable in the original Japanese.

Regarding the release itself, annoyingly, it is only available on Blu-ray, with MVM seemingly not planning any DVD releases. However, the production seems perfectly fine and there are nice bunch of extras available. These include the special episode which aired on Boxing Day 2018 covering the common cold, textless opening and closing, Japanese promos, and just over 20 minutes of animated shorts featuring chibi versions of the characters (as if the Platelets weren’t cute enough).

This is a hugely enjoyable series and the good news for fans is that there is more to come. A second anime series is currently in production, while there are plenty of spin-off manga too, which cover among other subjects good and bad bacteria in the body, and there’s another title set in an unhealthy human. Cells at Work! is a series certainly worth viewing, because among other reasons, it helps you to appreciate just what is going on inside you. 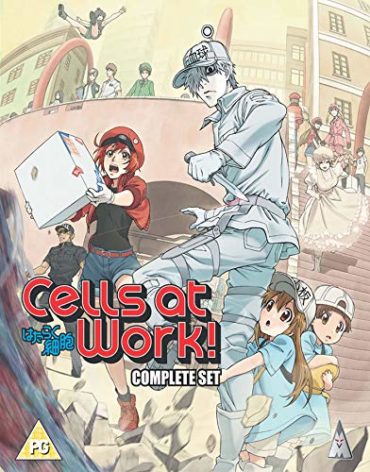