The second Cloud Matsuri convention has started with Anime Limited holding another online panel with a ton of new information for their upcoming 12 Days of Christmas sale as well as brand new announcements for 2021 and beyond.

Starting off with the 12 Days of Christmas, we have previously reported on the Mystery Box details and the 11 brand new early bird products which includes Cyber City Oedo 808, Millennium Actress 4K Ultra HD and more, and now they have revealed additional information such as pricing and discounts. 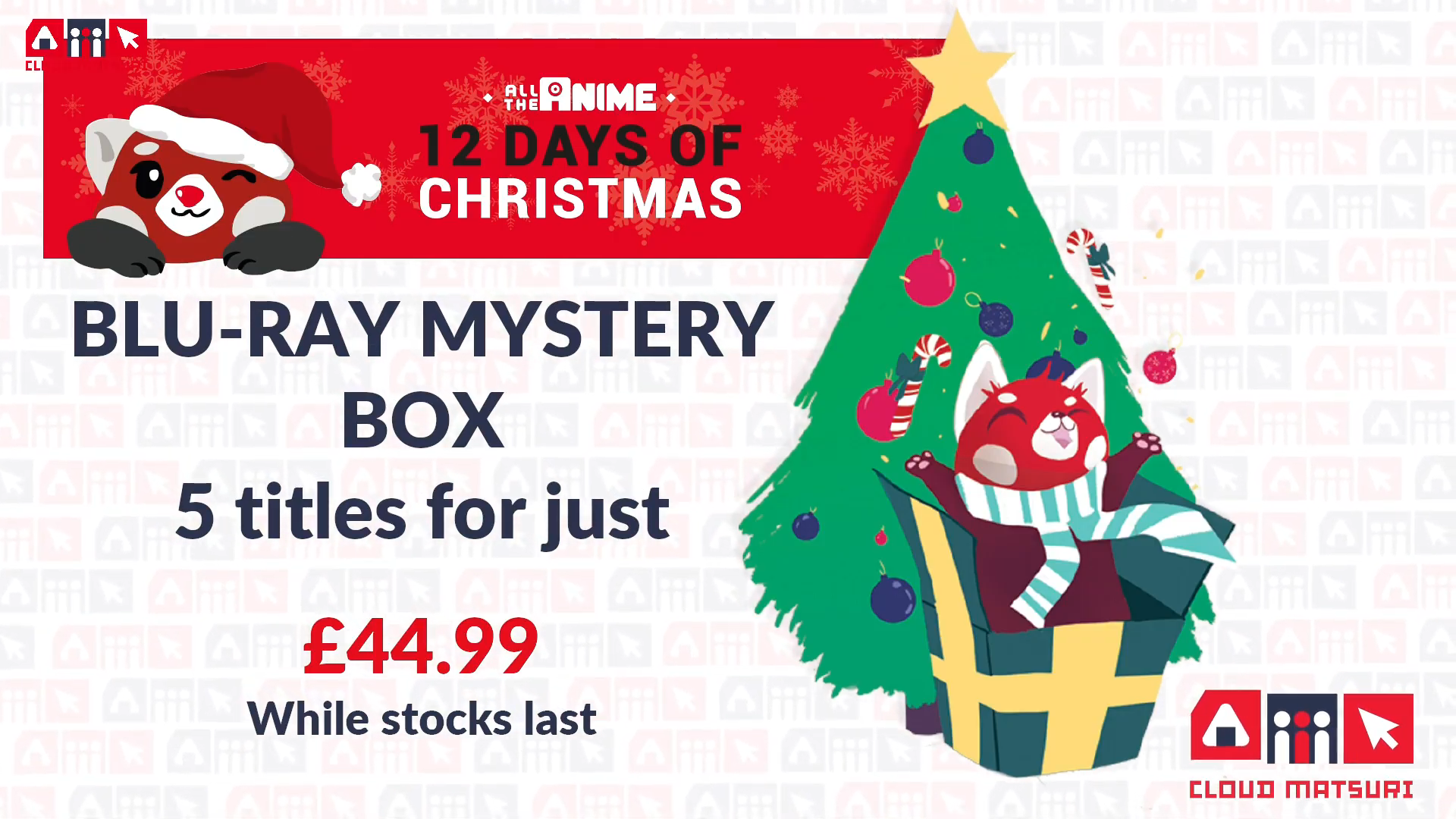 The rules of the 12 Days of Christmas sale have also changed compared to previous years. The Mystery Box, as we mentioned before, will now be available on the 1st December rather than 12th. In addition, while new titles will be added to the sale each day, there is no short time limit so you have until 5:00pm GMT on the 1st December until 4:59pm GMT on the final day of the sale to acquire everything on offer.

For the international audience who like to acquire vinyls or import the UK releases for various reasons, if you spend over £100 the shipping will be free.

Below are the early bird prices. As mentioned on the AllTheAnime online store, these are all scheduled for 2021 unless specified otherwise:

The distributor revealed at least five more announcements for the catalogue starting 2021 onwards. These titles don’t have concrete details but formats have been confirmed. 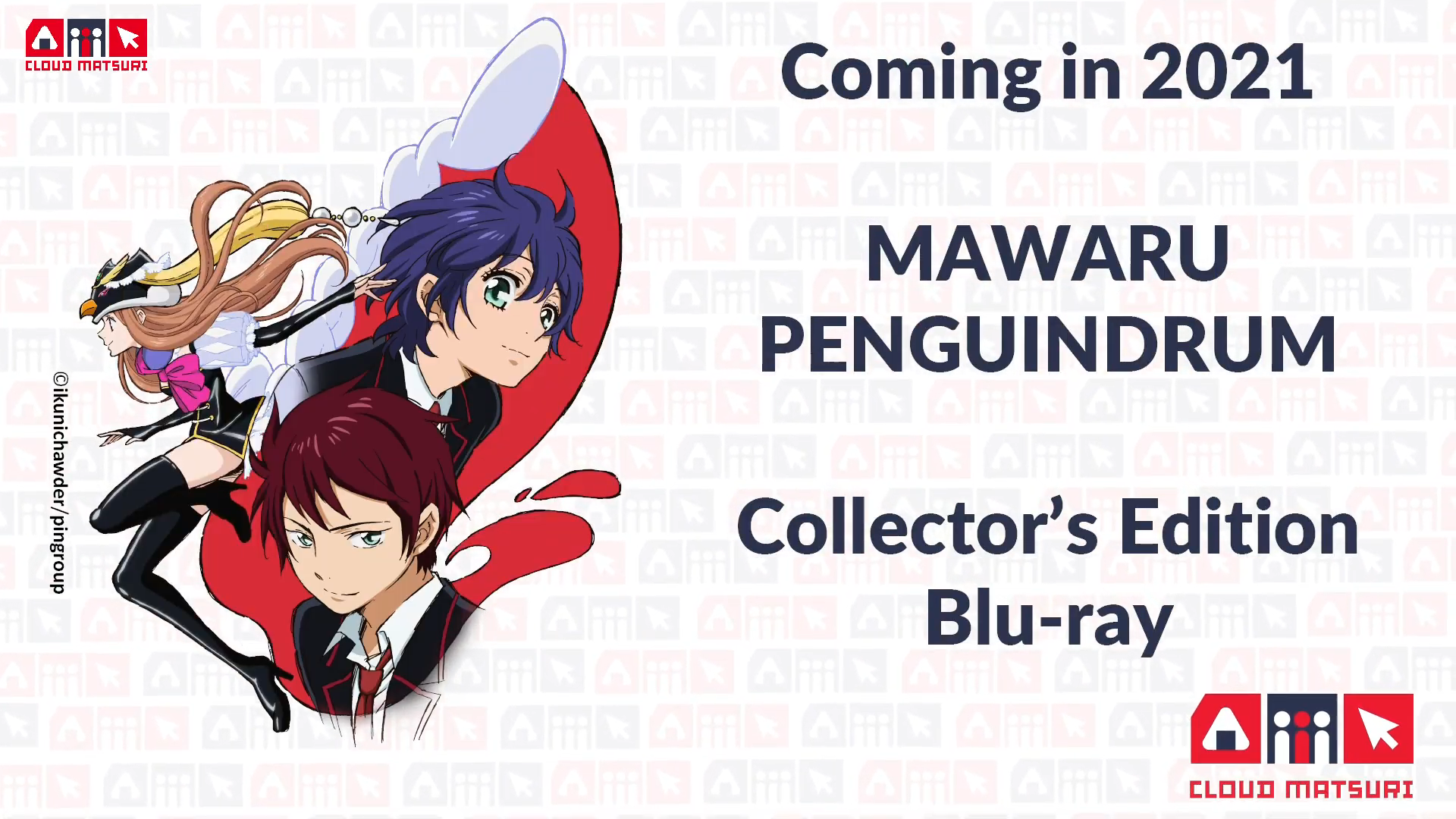 The first announcement is for Mawaru Penguindrum, which is a series that was initially released on DVD by KAZE before they gave up on the UK. Anime Limited is pleased to confirm they will be bringing the series back to the UK on Blu-ray as a collector’s edition. In addition, the series will be available in English & Japanese audio with English subtitles, and re-authored so that it can be presented in 1080p, in contrast to the previous releases done by Sentai Filmworks and Siren Visual that were in 1080i.

Animated by studio Brain’s Base and directed by Kunihiko Ikuhara, the series aired in July 2011 with a total of 24 episodes.

“Once you make a decision, does the universe conspire to make it happen? Is destiny a matter of chance, a matter of choice or the complex outcome of thousands of warring strands of fate? All twins Kanba and Shouma know is that when their terminally ill sister Himari collapses at the aquarium, her death is somehow temporarily reversed by the penguin hat that she had asked for. It’s a provisional resurrection, however, and it comes at a price: to keep Himari alive they need to find the mysterious Penguin Drum. In order to do that, they must first find the links to a complex interlocking chain of riddles that has wrapped around their entire existence, and unravel the knots that tie them to mystifying diary and a baffling string of strangers and semi-acquaintances who all have their own secrets, agendas and “survival strategies.” And in order for Himari to live, someone else’s chosen destiny will have to change.”
Plot Synopsis via Sentai 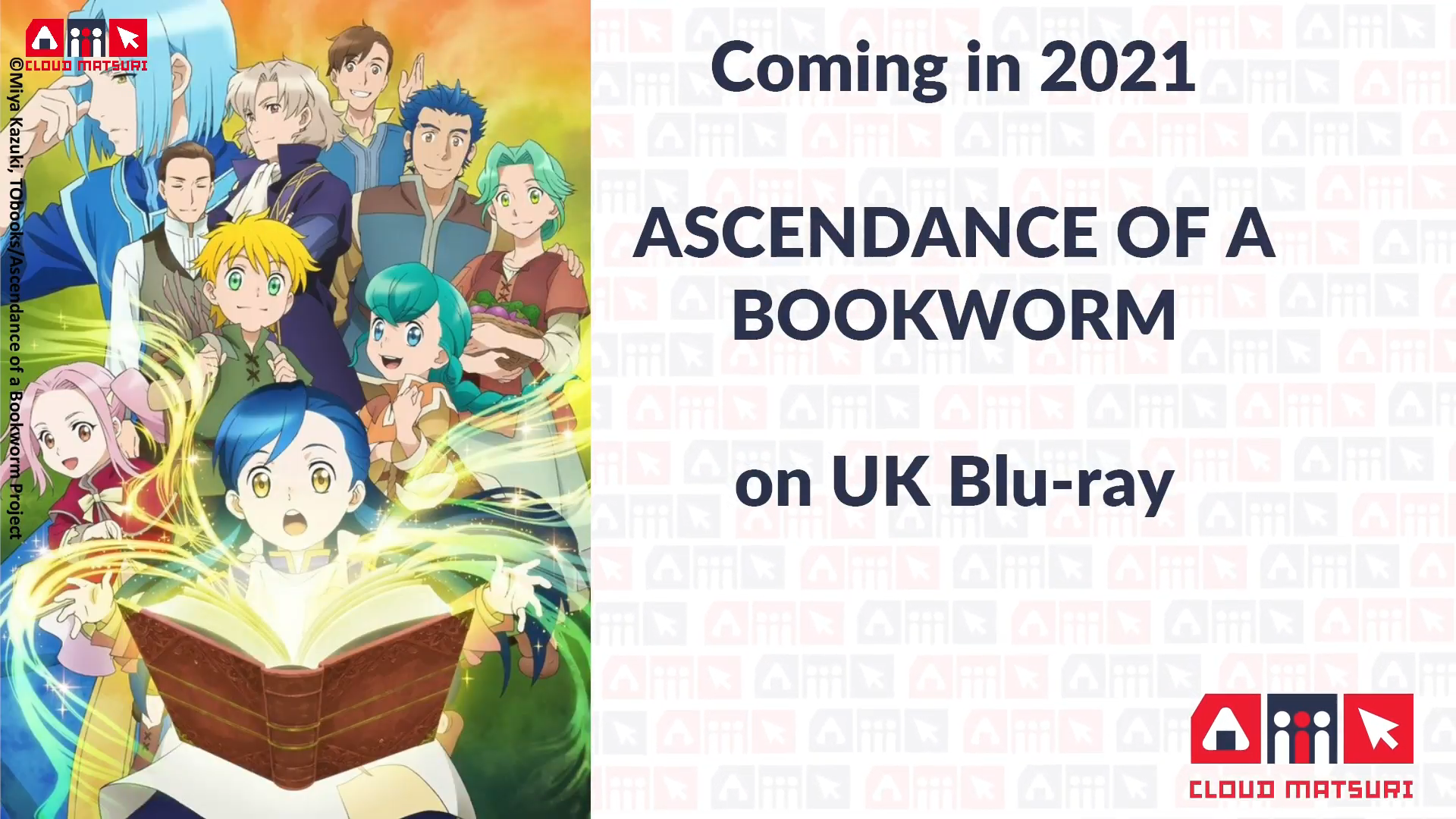 The second announcement is for Ascendance of a Bookworm, a recent series that will be coming to the UK on Blu-ray. The series is part of Crunchyroll’s catalogue and will be available in English & Japanese audio with English subtitles.

Animated by studio Ajia-do Animation Works, directed by Mitsuru Hongo and adapted from Miya Kazuki’s original light novel, the series aired across two seasons in October 2019 and April 2020 with a total of 26 episodes and 2 OVAs.

“Avid bookworm and college student Motosu Urano ends up dying in an unforeseen accident. This came right after the news that she would finally be able to work as a librarian like she had always dreamed of. When she regained consciousness, she was reborn as Main, the daughter of a poor soldier. She was in the town of Ehrenfest, which had a harsh class system. But as long as she had books, she didn’t really need anything else. However, books were scarce and belonged only to the nobles. But that doesn’t stop her, so she makes a decision… “If there aren’t any books, I’ll just create some.””
Plot Synopsis via Crunchyroll 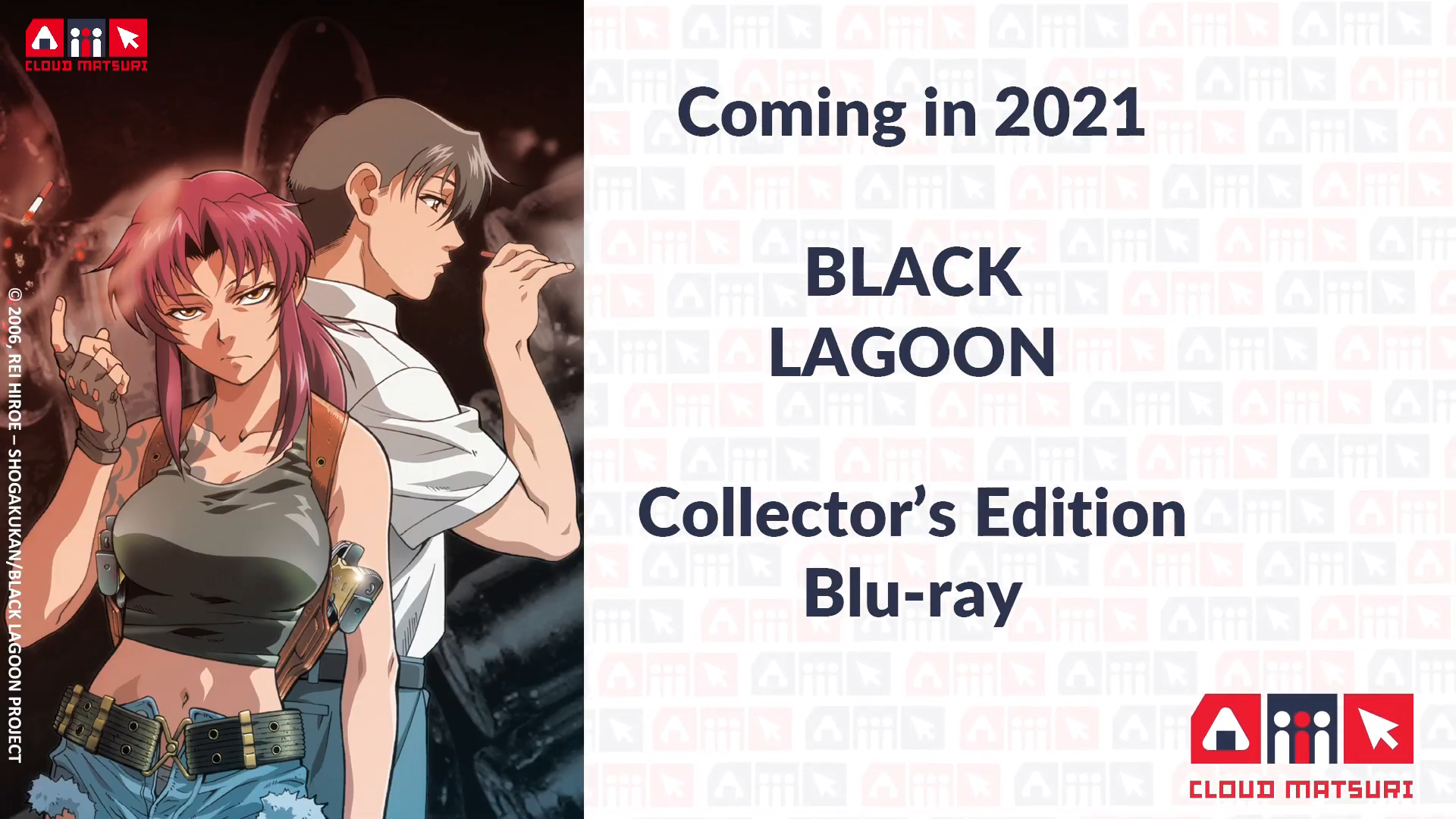 The third announcement is another license rescue (or re-rescue as you could say) with the entirety of the Black Lagoon anime franchise (The First Barrage, The Second Barrage, and Roberta’s Blood Trail). Black Lagoon was initially released by MVM Entertainment and then rescued by KAZE for Blu-ray, and now it’s coming back under Anime Limited. The series will be available as a collector’s edition Blu-ray with the English & Japanese audio with English subtitles.

Animated by studio Madhouse, directed by Sunao Katabuchi and adapted from Rei Hiroe’s original manga, the series aired across two seasons in April 2006 and October 2006 with a total of 24 episodes followed by a 5 episode OVA series throughout July 2010 to June 2011.

“Rokuro was an ordinary Japanese business man – a whipping boy for the big bosses and corporate high rollers. But when his job to deliver a mysterious disk goes south, a ruthless gang of mercenaries fronted by a gunslinging femme fatale take him into their custody. Abandoned and out of his element, the newly reinvented “Rock” joins up with his kidnappers as a smuggler of the East China Sea.”
Plot Synopsis via Funimation 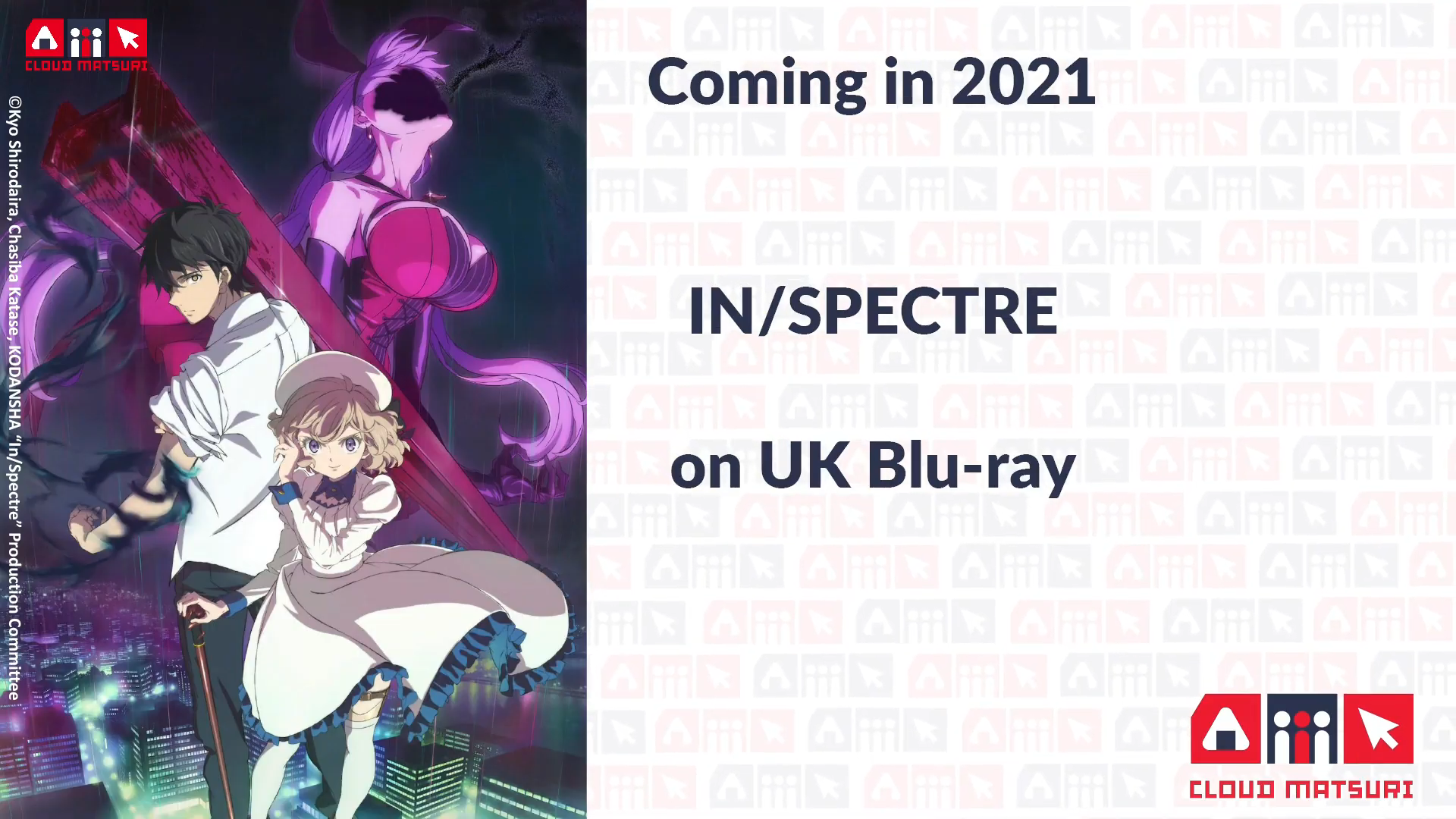 The forth announcement is for In/Spectre, another recent series that will be coming to the UK on Blu-ray. The series is part of Crunchyroll’s catalogue and will be available in English & Japanese audio with English subtitles.

Animated by studio Brain’s Base, directed by Keiji Gotoh and adapted from Kyo Shirodaira’s original light novel, the series aired in January 2020 with a total of 12 episodes.

“Iwanaga Kotoko became the god of wisdom to the supernatural beings and spends her days solving problems for them. However, the boy who she fell head over heels for, Sakuragawa Kuro, is someone that is feared by all supernatural creatures. The two of them face various mysterious incidents involving the supernatural in this love x romance x mystery series. Where will these fantastical incidents lead them and what will happen with Kotoko’s crush?”
Plot Synopsis via Crunchyroll 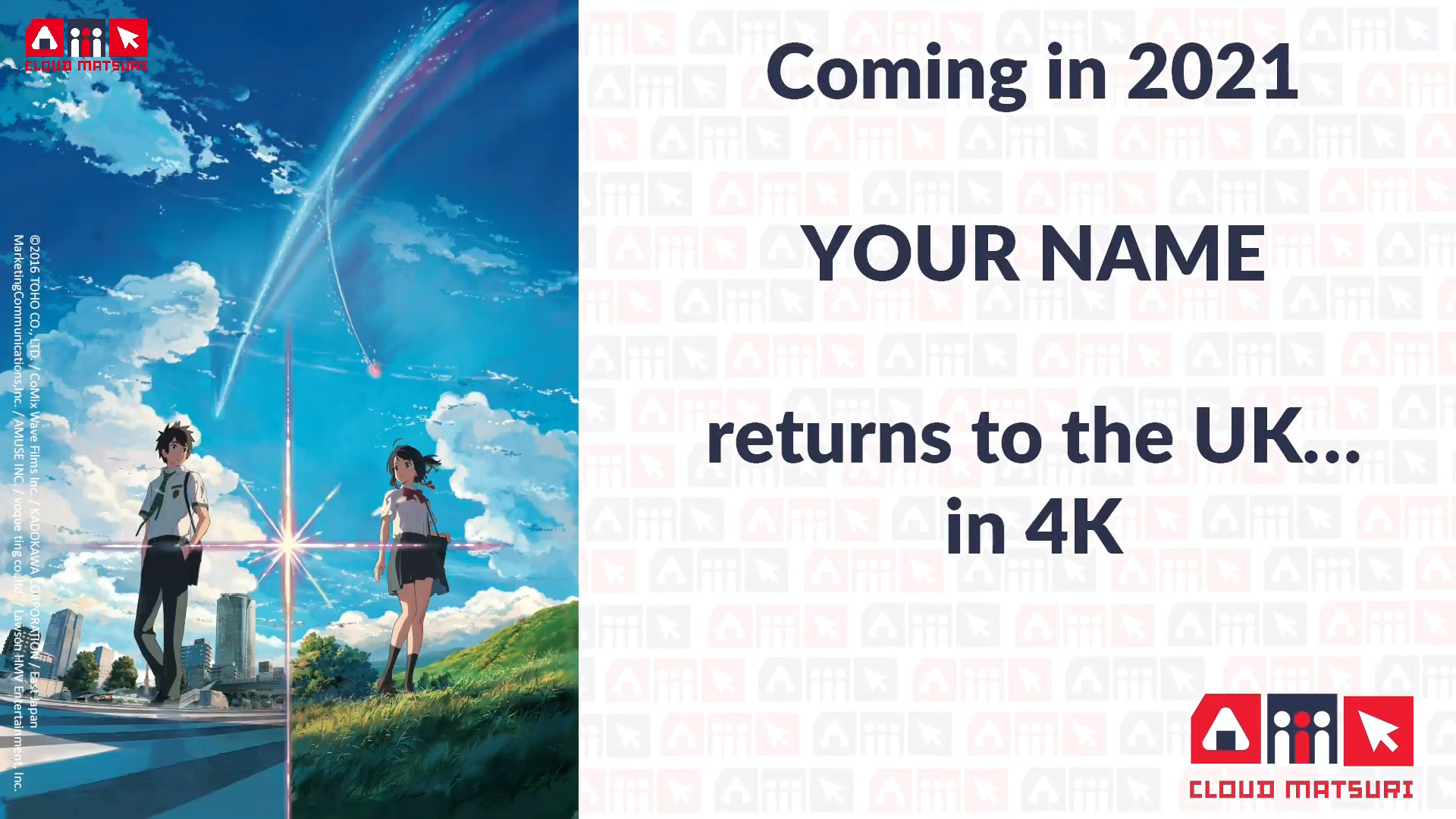 The fifth and final announcement from the panel is that Makoto Shinkai’s Your Name will be coming to the UK on the 4K Ultra HD format sometime in 2021. No other details at present in terms of additional information, but it will be presented in English & Japanese audio with English subtitles.

Animated by studio CoMix Wave Films and directed by Makoto Shinkai, the film theatrically released in August 2016 with a UK theatrical in November that same year. Anime Limited have released the film as a standard, collector’s and deluxe edition Blu-ray & DVD box set in November 2017.

What does their newfound connection mean? And how will it bring them together?”
Plot Synopsis via Anime Limited

That’s all of the news revealed during their latest panel, but they do have another one that is coming tomorrow which will have some more announcements!

You can follow what’s going on over on Cloud Matsuri’s official website with different panels live on YouTube, including a special Cyber City Oedo 808 panel featuring Jonathan Clements, Justin Sevakis, Rory McFarlane and more, as well as another panel about classic long-forgotten dubs presented by Mike Toole. 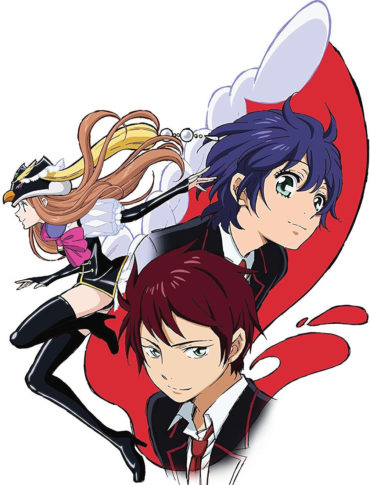