A couple of unconfirmed listings from retailer Anime-On-Line surfaced today for more titles joining UK distributor Manga Entertainment’s release slate in the latter third of Q1 to early Q2. With last week focusing on shonen titles and a few newer anime from recent years, these few goes back to the previous decades where we revisit a collection of classic Kyoto Animation anime shows and films now returning to the Blu-ray format.

Like the previous batch of Manga titles we reported, the release dates below are not finalised. Below is the info mentioned on the listing so far. 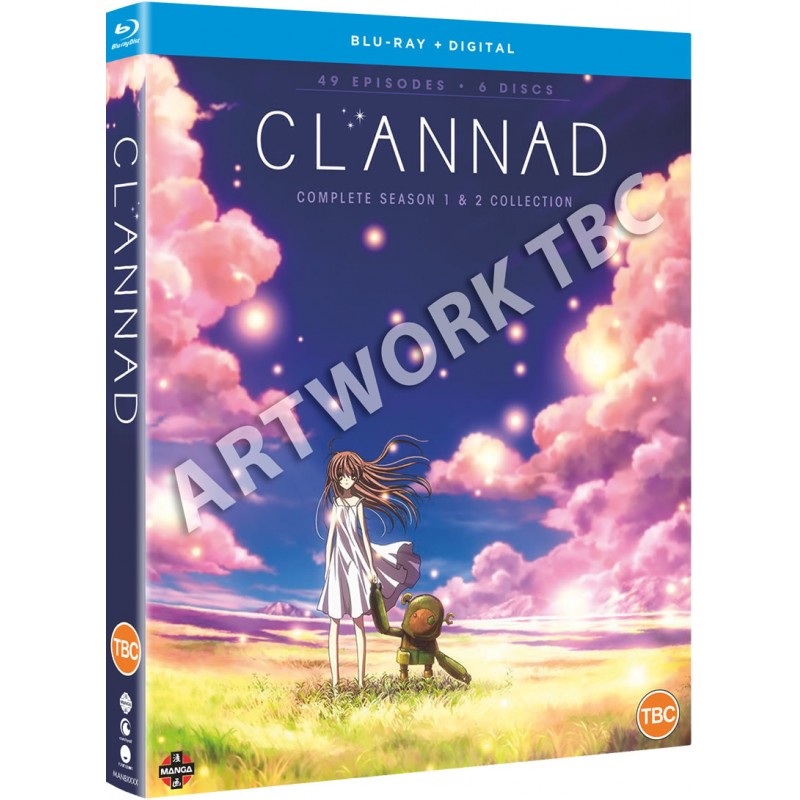 Aired in 2007 to 2009, CLANNAD & CLANNAD After Story are based on the popular visual novel by Key and Visual Arts. Manga Entertainment released the series on DVD in the past but the new listing indicates that series is being brought together in one complete Blu-ray collection. Priced at £64.99 for 1st March, it is expected to include the Sentai English dub and the Japanese audio with English subtitles across roughly six Blu-ray discs in total.

“Ever since the death of his mother, Tomoyo’s life has been in a downward spiral. Nagisa’s declining health has been so fragile that she’s been forced to repeat a year of school. But when he agrees to help her restart the school’s disbanded Drama Club, they learn that sometimes, if you find the right people to help you, you can get a second chance at happiness.”

CLANNAD & CLANNAD After Story were recently made available for streaming on Funimation. 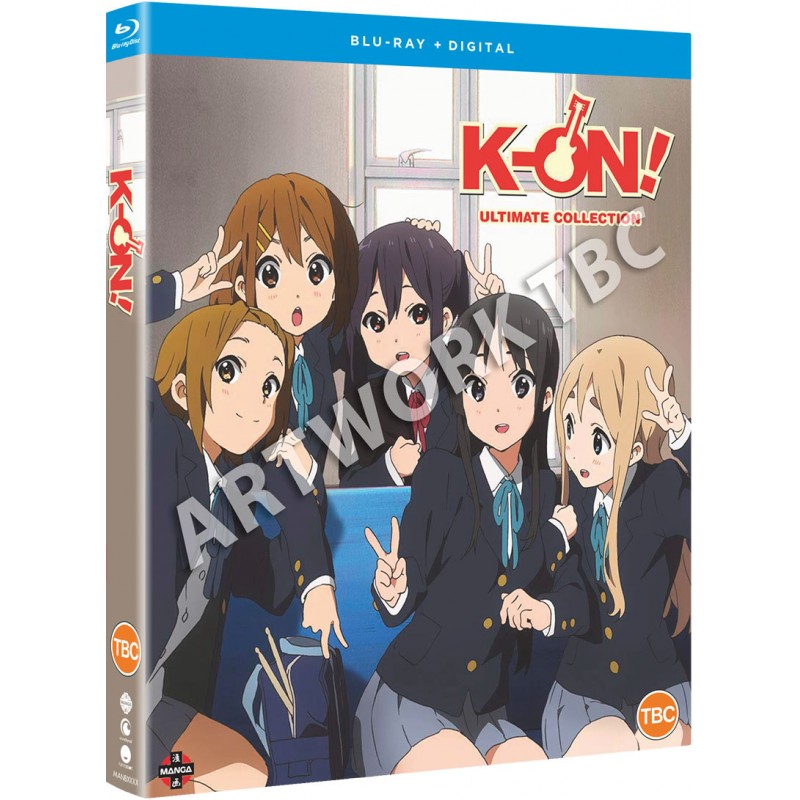 Aired in 2009 to 2010, K-On! & K-On!! are based on Kakifly’s seinen manga series. Manga Entertainment also released the series on DVD in the past, but the new listing indicates that they are bringing both seasons and the 2011 film K-On! The Movie together in one complete Blu-ray collection. Priced at £59.99 for 5th April, it is expected to include the Bandai Entertainment English dub for Season 1 and the Sentai English dub for both Season 2 and the film alongside the Japanese audio with English subtitles across roughly seven Blu-ray discs in total.

“The Sakuragoaka Girls’ Academy curriculum traditionally focuses on the three “R”s of reading, writing and arithmetic, but Ritsu Tainaka wants to add two more “R”s: Rock and Roll! To do that, however, Ritsu has to save the Light Music Club from being shut down due to little problems like not having any other members or a faculty advisor.

After strong-arming her best friend Mio into joining and convincing Tsumugi Kotobuki to make it a trio, Ritsu’s would-be rockers are soon only one talented guitarist short of the quartet they need for school approval. What they get, unfortunately, is Yui Hirasawa, who’s never held a guitar in her life, but she’s determined to learn! Will the school halls come alive with the sound of music?”

K-On!, K-On!! & K-On! The Movie were recently made available for streaming on Funimation. 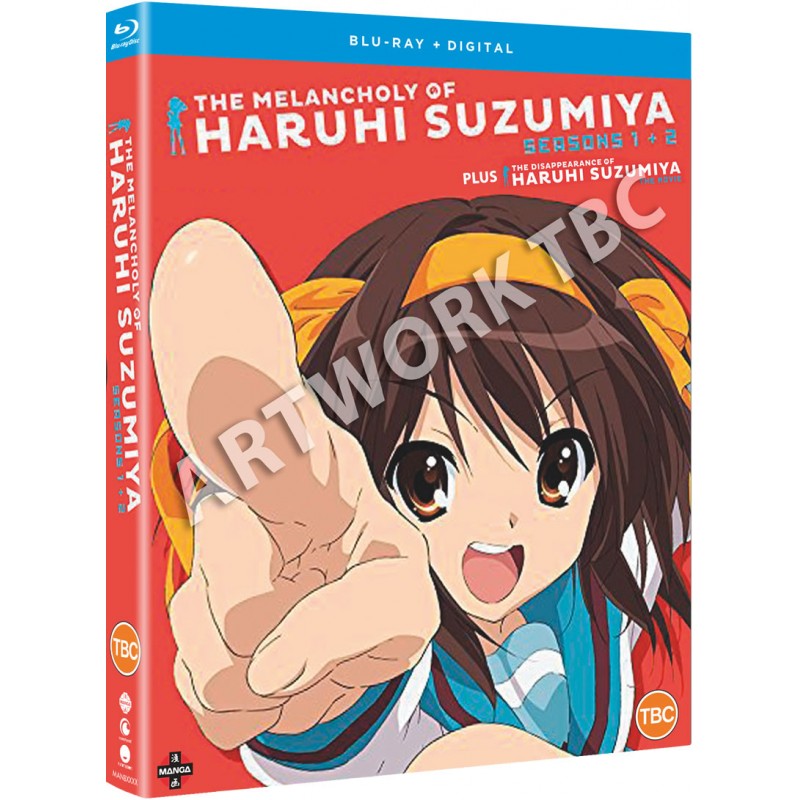 The Melancholy & The Disappearance of Haruhi Suzumiya

Aired in 2006 to 2009, The Melancholy of Haruhi Suzumiya is based on Nagaru Tanigawa’s light novel series. Both Beez Entertainment and Manga Entertainment released the series on DVD, with Season 1 from the former and Season 2 by the latter. The new listing indicates bringing both seasons and the 2010 film The Disappearance of Haruhi Suzumiya together in one complete Blu-ray and DVD collection. Priced at £29.99 & £24.99 respectively for 5th April, it is expected to include the Bandai Entertainment English dub and the Japanese audio with English subtitles across roughly six discs in total for the Blu-ray collection assuming they also include the DVD extras discs.

“Kyon is a cynical and sarcastic teenager. The first day of his first year of high school is filled with hopes of a normal school experience hopes that are immediately dashed after meeting the beautiful and eccentric Haruhi Suzumiya. Haruhi is athletic, brilliant, and completely bored with life. At Kyon’s accidental suggestion, she decides to create her own club dedicated to finding and observing life’s oddities like the aliens, espers, and time travelers she believes walk among normal people. Now, Kyon and a ragtag group of recruits are Haruhi’s right-hand men in the newly formed SOS Brigade. But all is not what it seems. The quiet bookworm? Alien. The busty sophomore? Time-traveler. The handsome transfer student? ESPer. And the biggest surprise? They’re all there because Haruhi herself has the ability to reshape the world as she sees fit. Maybe Kyon should have joined the literature club.”

That’s all of the unconfirmed listings revealed so far. At the time of this write-up, those listings may get removed or have information related to the release subject to change over time. In addition, we contacted a Manga UK representative in response to this discovery and they have confirmed to us that they were initially planned for Q1, but are instead slated for release in Q2. Manga Entertainment have since confirmed on Twitter that the listings were in error, and that they could not confirm these releases at this time.

Our apologies! Unfortunately, this is a listing error, and we can’t confirm this release at this point in time. The product will be removed shortly.

Manga Entertainment has previously attempted to release both The Disappearance of Haruhi Suzumiya and K-On! Season 1 on the Blu-ray format during the timeframe where Blu-rays for anime started to become more accessible, but those plans were cancelled for various factors. The former was more notable because the distributor mentioned at the time it was down to an authoring issue which prevented the disc from being played on a PlayStation console.

On a similar note, Anime Limited also attempted to release The Melancholy of Haruhi Suzumiya on Blu-ray, but they were unable to move the project forward, as while they only had the rights for Season 1, other distributors combined both seasons together due to the episodes being set in chronological order. Eventually their license has since expired due to Funimation’s acquisition of Manga Entertainment. 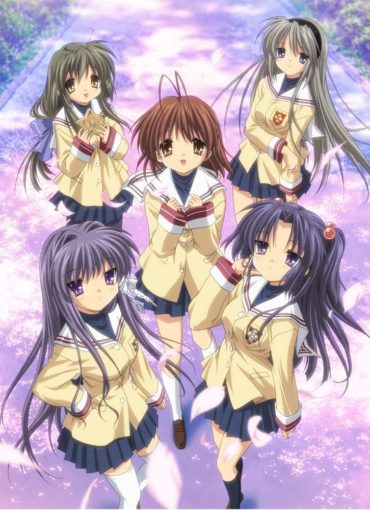 The second quarter of 2021 releases have been revealed by Funimation and Manga for the UK. Includes limited edition releases for new and older titles, as well as more catalog and Shonen releases.

Your Memories of Kyoto Animation

One month on since the Kyoto Animation tragedy, readers and staff alike share their stories about just what the studio and their anime mean to us, and how they changed our lives.

By special request of Otaku-san, we take time out from our usual diet of blood, guts and carnage to discuss popular visual novel adaptation, Clannad. Along with the original series we’ll also be talking about Clannad: The Motion Picture and AUKN’s number 2 series of the past decade, Clannad: After Story! Joining us for this … Continued