Alice is the star student at a secret academy called Sternenlichtl, where the best witches go to train to become as powerful as they can be, and serve among the most powerful humans (politicians, royalty, etc). Alice is the top of her class, and has been asked by the headmistress to personally train the new student, Mari, who is at the bottom of the class. At first, Alice cannot understand what someone as powerless as Mari is even doing at the school, but as they spend more time together, she realises not only Mari’s true talent, but also something within herself that she’s never experienced before.

As first volumes go, A Witch’s Love at the End of the World has a lot of the right elements for an interesting fantasy series. The school for witches isn’t anything new but the backstory of how witches came together and learned how to survive is interesting, and the few rules we learn about mage-craft is enough to know that the author clearly thought out how magic in the world works. The introduction of the demon cat, that the student summons to teach another a ‘lesson’, also cranks up the tension and intrigue into this world tenfold, leaving this volume on a cliff-hanger, ready for the next book.

However, the problems in this volume mainly lie on the pacing and storytelling; the book seems to suggest we’re in for a slow burner of a romance, with Alice having no interest in Mari at first, and when we get a first glimpse at Mari’s exceptional gifts, it raises intrigue to what her story is. But as soon as the questions are raised, the story immediately ploughs ahead and attempts to answer them all, like it’s afraid to lose the audience’s interest. Alice admits her feelings to herself and acts upon them very fast in the second half of the book, but it falls flat because we had barely got started in developing chemistry between the two. Then we get Mari’s backstory before we come to the conclusion of the book, which was easily the most interesting part but leaves me wondering what the future volumes are going to focus on. A fast-paced story isn’t a bad thing necessarily, but when you have stakes raised only to be immediately dashed, you have to wonder why they were raised in the first place or why you’re asking for the audience to remain invested long-term if the answers are going to come in the next page. We even have the morally grey headmistress of the school, immediately spelling out her true intentions before the book ends. Did the author’s editor threaten to end the story after one volume and so the author hastily threw plot developments at the reader in panic? Considering that the story concluded at the third volume, now released in Japan, this may have been the case.

Despite having a name that’s hard to google, Kujira has been writing manga for a while, but this is one of the first to be translated into English (there’s a couple of French translations as well). I was immediately drawn into the series because I do love witch stories and the cover art was lovely; sadly the quality of the art isn’t something to be impressed with. If you look at the cover, you’ll see a lot of effort went into the colour, the use of shadow, the small details in the background. Sadly, NONE of that is in this book. The characters are minimally drawn across the book, with only minor details separating the leads from the other girls, and backgrounds are non-existent; the school featured in Mari’s backstory and the main academy for this story are practically identical with how little character they have. It’s a shame, considering how much potential this book had for glorious art panels when casting spells.

Eleanor Summers provides the translation and it’s fine across the board, no translation notes were provided. The last few pages deliver a note from the author (saying how she always wanted to do a story about witches) and a sketch of one of the leads as well.

A Witch’s Love at the End of the World has the right ingredients for a magical yuri love spell, but overall, it’s a quick but disappointing read. It’s only three volumes long however, so if you’re interested in this series, it isn’t too much of a money sink. 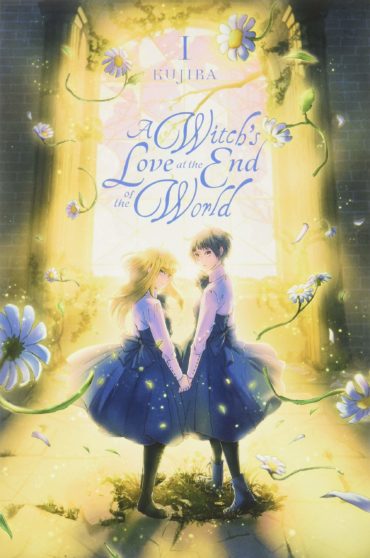 Title
A Witch's Love at the End of the World

Concluding in just three volumes, can Bestia end on a high note, continuing the goodwill carried over from the first volume?