Nanami has been crushing on her older classmate, Kyouhei Suzumura, for months but has never had the guts to tell him. Then one fateful day in March, she comes home from school early to meet her mother’s new husband and his son, and her new stepbrother turns out to be none other than her crush! Can she keep her feelings secret, and try to get along with her new stepbrother? Or will he figure it out?

When it comes to romance, forbidden love is an old but still beloved trope. It instantly sparks tension between the main couple, gives a reason to draw out the ‘will they or won’t they’ story line, but also allows the conflict to be outside of them in any shape or form, such as rival kingdoms, different races, and more, that can play into the world building. However, that can also create a lot of work for the author, as not only do they have to explain in detail why the couple can’t be together, but also devise ways for them to overcome it. Enter the step-sibling trope. It creates that instant forbidden love that anyone can grasp without explanation, but it also avoids the incest that can turn a lot of people off – because if they’re not related, then it’s not morally wrong, just a bit unusual, right? It’s been very popular in anime and manga from Marmalade Boy to KissxSis to Domestic Girlfriend, and, now released in the UK is the 2016 manga from first-time mangaka Mami Orikasa: Mint Chocolate.

The series starts off in a very familiar way, if you’ve read any step-sibling or any rom-com series before. Nanami is the easily embarrassed heroine who’s trying to hide her romantic feelings (and honestly, failing miserably) and her love interest is the tall, dark, handsome, older classmate Suzumura who seems cold and closed off, but deep down is a softie with a lot of emotional baggage. The first chapter doesn’t give the best first impression, not just because the series doesn’t strive to do anything new with the genre, but also Suzumura is quite the jerk, with his ‘negging’ of the heroine including fat jokes and pinning her. However, after the first chapter, the series does mellow out a bit, and we get to see a lot more tender, physically heated scenes. Instead of only one party having romantic feelings and the other denying it, both parties in this story are mutually attracted to each other but have their own reasons to not  pursue the relationship, which creates a nice dynamic and different emotional turmoil to explore for both characters.

Interestingly, this series takes a novel approach to the whole ‘step-sibling’ forbidden romance tropes, in that from the impression we get from the first book, it seems that only the main characters are holding themselves back from being a couple due to them now being related. The other characters, from the brief look at the parents, to Suzumura’s childhood friend Mizuki Andou, to even the random classmates we see in school, all seem to be okay with the potential of them being a couple, and in some cases assume they already are, but it’s the main characters who won’t make the first move. This could lead to some great comedy, but that doesn’t seem to be the goal here; whether it’s the author trying really hard to make it clear that it’s totally fine for ‘step-siblings’ to fall for each other, or perhaps setting up drama that might play a bigger part later, is hard to say for now.

As mentioned earlier, this is Mami Orikasa’s first manga, and as first attempts go, it isn’t bad. The art for one is really pretty; the main couple look good together, with a lot of attention and gentle detail added during the more romantic scenes between the pair. There are a couple of panels where it’s hard to tell where one character is physically moving to another position, but overall, it’s a pretty-looking manga. The ‘Mint Chocolate’ title is a reference to Suzumura’s cool exterior with his sweeter inside drawing Nanami in, but I can’t help think it’s also a way to draw readers in Japan into the story, as mint chocolate itself is (or was) trendy in Japan recently, considering that the series is very run-of-the-mill when it comes to romantic manga.

Translation is provided by Amber Tamosaitis, who has a ton of romantic and slice-of-life manga under her belt from Citrus to I Married My Best Friend to Shut My Parents Up, so this series is already within her wheelhouse of expertise. The series is very easy to read (I blasted through it within a couple of hours) and translated notes are provided at the back as well.

The start of Mint Chocolate doesn’t provide anything that a veteran rom-com manga reader hasn’t seen before: from the characters to the premise, it’s all been done better elsewhere, but I couldn’t help but find it an easy-breezy read and enjoyed it regardless. If you are hoping for something spicy and heated in the vein of Domestic Girlfriend, this series isn’t for you, but if you just want something comfy and romantic, you may well enjoy that minty aftertaste this series provides. 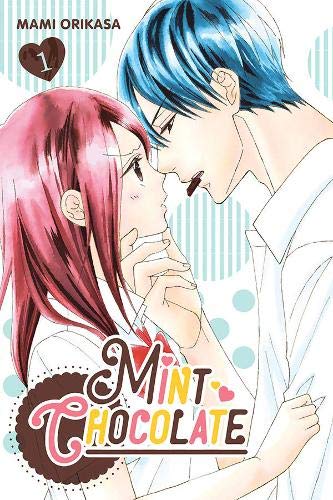 Does Mint Chocolate continue its blend of sweet and savoury in this story of step-siblings in love? Or has the novelty worn off?

Josee, the Tiger and the Fish Manga Review

Josee, the Tiger and the Fish sees two twenty-something-year-olds overcoming their fears, following their dreams and fighting to find love after everything that life throws at them.