Nanami and Kyouhei’s parents are away for the weekend, which means the two are alone in their apartment for the first time since they became step-siblings. But Nanami is finding it increasingly difficult to hide her feelings towards Kyouhei; first he’s sweet to her (he buys her favourite ice cream) the next, he’s the jerk that argues back when Nanami tries to hide him from her school friends. But will their mutual attraction come to a head? Or will Nanami find a way to let go of her crush?

The several nights when the parents are away is the perfect time for the leads to take their relationship to the next level, or at least charge up the romantic tension dramatically; the story seems to suggests that’s what’s going to happen. However, the few nights they are alone are mostly used for comedy. This isn’t a bad thing, as playing against audience’s expectation can work well, but it’s the excessive amount of it that makes the first third of this volume rather tedious. The series is a romcom and the first book did a good job at balancing the romantic tension with random comic spats to balance the two. Here, however, it seems that the mangaka leans far too heavily into ‘comedy’ that not only does the art suffer greatly – relying on the minimal facial drawings to the point that our heroine is unrecognisable at times – but the attempts at building the relationship also falls flat. We do not know each character particularly well at this point in the story, so the yelling and arguing they do is written in a very similar way for the pair and this does not help matters. At one point, I couldn’t help but think that if we replaced these leads with other romcom leads, say the couple in Love Hina, you would barely have to change the dialogue.

Weirdly enough, when the parents do come back, the story starts to pick up again; the rhythmic will-they-won’t-they dance that was easy to read and follow from the first book returns, and so the leads become a couple we actually want to root for once more. The comedy is dialled back as well, so the chemistry between the two is allowed to breathe again, with things really coming to a head in the final chapter of this volume that ends on a cliff-hanger. We’ll have to wait until the next volume in July to see if the pair plan to take the next step in their relationship or not (FYI don’t check out the blub for the third book on Yen Press if you wish to avoid spoilers). If you’ve read many romance manga, you’ll undoubtedly have seen before the scenarios and scenes that this series plays in spades: from the guys’ best friend cheering the pair on, Christmas playing a large part in their development (as it’s more of a romantic holiday over in Japan) and more, but at least Mint Chocolate knows what it is and does it fine.

As briefly mentioned, the art suffers in the first third of the book due to Mami Orikasa drawing Nanami constantly with the uncanny faces, and even though the humour is dialled back afterwards, she tries to find ways to have Nanami feel embarrassed or angry so she can get away with it again. But that’s not the only shortcut she makes; in one scene Nanami wants to see the Christmas lights, and even though we see her react to said lights, we don’t see said lights ourselves, in fact the panels leading up to the event barely look festive, which is a shame. If this series ever gets an anime adaptation, that’s the first thing I would want fixed. Also, due to the inconsistent and, even in some cases, non-existent backgrounds, I kept forgetting if the step-siblings live in an apartment or house, which isn’t a good sign.

The translator from the first volume, Amber Tamosaitis, continues in this book and the quality is still decent: easy to read, with a few notes at the back as well, although there’s a bit more variety of fonts from letterer Barri Shrager this time round. There are also two side stories provided in this book.

Mint Chocolate continues to be an unspectacular series but mostly consistent in what it wants to accomplish: a romcom about step-siblings who struggle to really communicate with each other for various reasons. The book ends on an intriguing cliff-hanger, however, so it will be interesting to see where the series goes from here. 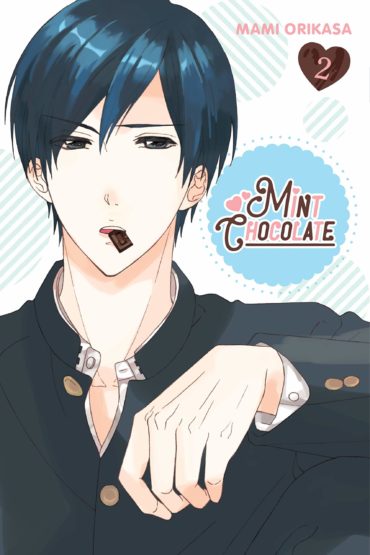 Mint Chocolate doesn’t provide anything that a veteran rom-com manga reader hasn’t seen before, but I couldn’t help but find it an easy-breezy read and enjoyed it regardless.