Thanks to its popular anime adaptation, the shonen series Toilet-bound Hanako-kun has quickly become a best-selling series for publisher Yen Press. So perhaps it comes as no surprise that the company would also release the After-school Hanako-kun spin-off, which I’m here to take a look at today!

Usually, protagonists Nene Yashiro and Hanako-kun spend their days solving mysteries around their school and dealing with all manner of supernaturals, but what happens when they’re off duty? Well, this manga explores just that and gives us a glimpse into the more ordinary side of the characters’ lives.

Of the 15 chapters included in this first volume, we get to see the cast in a variety of situations. These range from playing the King’s Game together, going to the beach and magically swapping genders. Of course, it’s not just Nene and Hanako-kun we see, but also the extended cast, including Tsukasa and his group of ‘evildoers’ as we’ve come to know them in the main series. Although in this book, they’re just peacefully spending their days with one another rather than scheming their next evil plan!

It has to be said that the real stars of this volume are the Mokke (small, rabbit-like supernaturals that roam the school) who involve themselves in the majority of chapters, causing havoc wherever they go! This includes wanting to become one of the school mysteries so they can take over and destroy it, which leads to a recurring gag with the Mokke wanting to kill Hanako-kun to make their ambitions a reality. In any other series, this would be terrifying, but the Mokke are downright adorable which makes their appearances all the funnier.

After-school Hanako-kun may be a spin-off, but it’s been created by original mangaka Aidalro, which is great since I love their artwork. To begin with, it feels as if Aidalro didn’t know what they wanted it to be as they swapped between four-koma and single page gags before finally settling into a more regular pattern with full chapters. I must admit I’m not the biggest fan of four-koma comedic spin-offs, so I’m happy Aidalro avoided taking the series in that direction. Especially considering their watercolour-inspired art looks more impressive when taking advantage of bigger panels!

Perhaps the most important thing about this manga being handled by Aidalro is how much their love for the characters come through. This is especially clear in the chapters that aren’t focused on any of the main characters and instead give us a chance to see the ‘enemies’ in a new light. It’s hard not to find yourself attached to them!

If you’re at all a fan of Toilet-bound Hanako-kun then you’ll love this spin-off. It’s so refreshing to see the cast in a slightly different setting but still being the same goofballs we’ve come to know and love throughout the series so far.

However, it is worth noting that if you’re following the main series then you shouldn’t read After-School Hanako-kun until Volume 8 of Toilet-bound Hanako-kun since it does include spoilers in terms of some of the cast. Although Yen Press have avoided numbering this release, After-school Hanako-kun is still ongoing in Japan so there will be a second instalment eventually.

As previously mentioned, After-school Hanako-kun comes to the West thanks to Yen Press and has been translated by Alethea Nibley, who also works on the main series. The translation reads well with no issues to note. This release includes a colour page depicting Hanako-kun playing with some of the supernaturals, which is very fitting for the theme of the book.

Overall, After-school Hanako-kun is a delightful addition to this shonen franchise. Even if you’re not particularly attached to Nene or Hanako-kun, you’ll certainly find yourself enjoying a story or two centred on the extended cast. There really is something for everyone – especially Mokke fans! 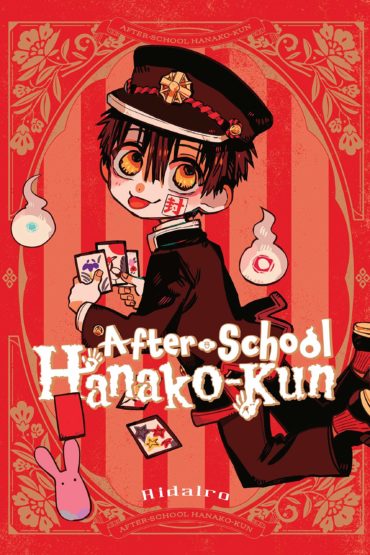 Toilet-bound Hanako-kun first came to life in a three-chapter mini-series, which has been collected in this Volume 0 release. Find out how things differed between this and what became a long-running shonen series.