Doing something you like…doesn’t always mean it will be fun.

100 days. That’s the amount of time left, Ooba-sensei tells her horrified evening class students, before the university entrance exams take place. Yatora Yaguchi – who only discovered his passion for painting very recently – knows he is at a considerable disadvantage, compared to all the others who have been making art for much longer. But he’s not the kind of guy to let that discourage him. Is he…? And as for the precocious yet socially awkward genius, Yotasuke-kun, he’s not even returned to class. Not that Yatora has too long to wonder why as he falls down a black hole of uncertainty after the forthright Ooba-sensei calls him out over his latest submission which he’s entitled ‘Bonds’. Yatora is not one to brood but with everything he thought he knew being called into question, he flounders, uncertain as to what to do next – and how to convey his message through the medium.

Back at high school, his art teacher suggests to him that he should paint a F100 canvas. This will be a major undertaking (even preparing the canvas requires a lot of physical strength and effort) – especially as she challenges him, “Show me what it is that you want to say. Art is a language without words, after all.”

But when Ooba-sensei cheerily calls Yatora out, telling him, “There’s nothing fresh about this…this isn’t enough to pass exams” he’s forced to think even harder and push past his wavering confidence, seeking out different materials with which to create his work, but will it be enough, let alone too little, too late?

There’s always the lingering concern that an award-winning series about becoming an artist, a performer or a sports star will fall into the trap of being ‘worthy’, didactic and even, heaven help us, dull. This series (especially in the first volume) sometimes veers in that direction, with info-dumps delivered through Yatora’s high school art teacher, as to what a would-be artist should know about colour or perspective etc. etc. Happily, because of the people Yatora’s been meeting on his journey to becoming an artist, that seems to have faded into the background and the colourful personalities of his new teacher and fellow students have taken over. Yotasuke-kun might have left the class but the prickly younger teenager ends up contacting Yatora at New Year, asking to meet up. Yatora’s instincts are to decline – but, being a good-hearted guy, he agrees, leading to a New Year’s Eve unlike any other he’s experienced before in the company of the awkward boy. It’s a learning experience for both of them – and a wonderful piece of character-driven writing/drawing by the mangaka, demonstrating (again) why this manga stands out from so many others. 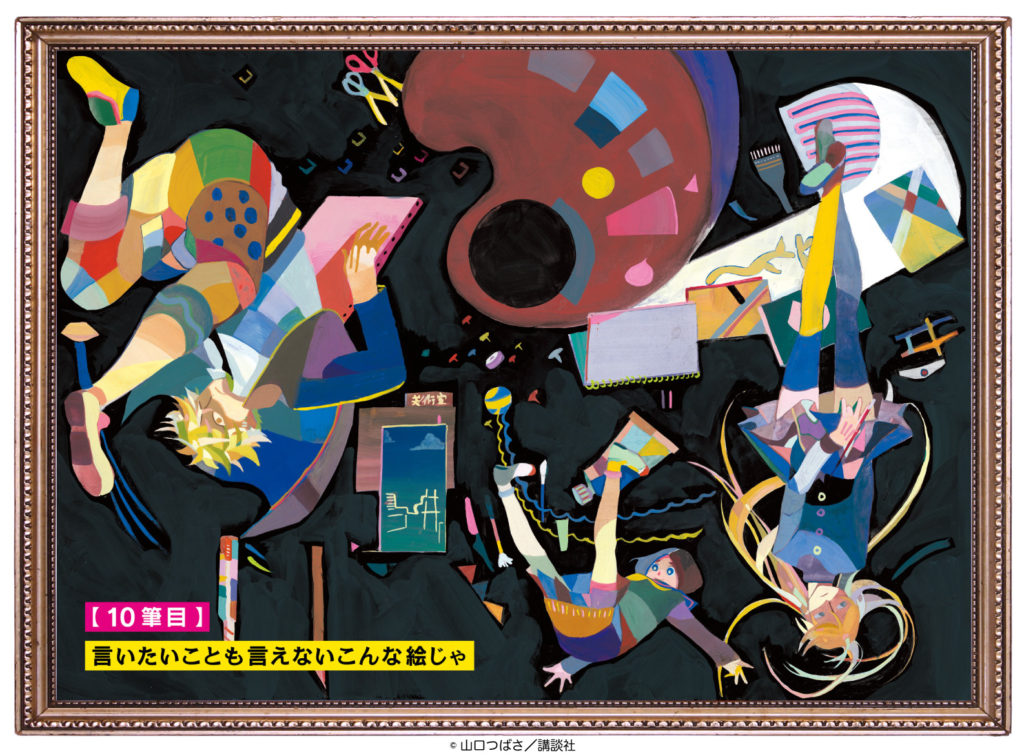 Kodansha have produced another handsome volume in this series with not one but two generous colour inserts which showcase mangaka Tsubasa Yamaguchi’s inspiring artwork. Elsewhere the mangaka continues to use artwork by named artists to represent her characters’ paintings (they’re all credited at the end of the book) although, frankly, the black and white reproductions don’t really do them justice.

The very readable translation is from Ajani Oloye again, with an amazing range of letterings ably done by Lys Blakeslee. There are two pages of translation notes at the end and Volume 4 is due out in August.

Blue Period has some really important and meaningful things to say about expressing yourself in the creative arts – and about the place of inspiration versus craft. If you’re studying art – or just making art for your own pleasure, many of Yatora’s moments of soul-searching will ring true and inspire sympathy. Maybe some of the advice that he’s given by his teachers will help unlock your talents…?

It’s not long to wait now until the TV anime series is released (October 2021). 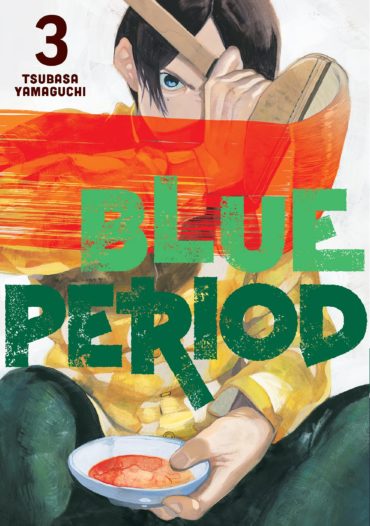