Distributor Anime Limited has revealed their next batch of titles planned for release later this year with the November 2020 release schedule as well as a few that are arriving in December 2020.

The distributor has clarified that this update does not reveal their entire December line-up so stay tuned for what else they have in store later down the line.

To recap, we have a few titles that were previously revealed making an appearance in the schedule: 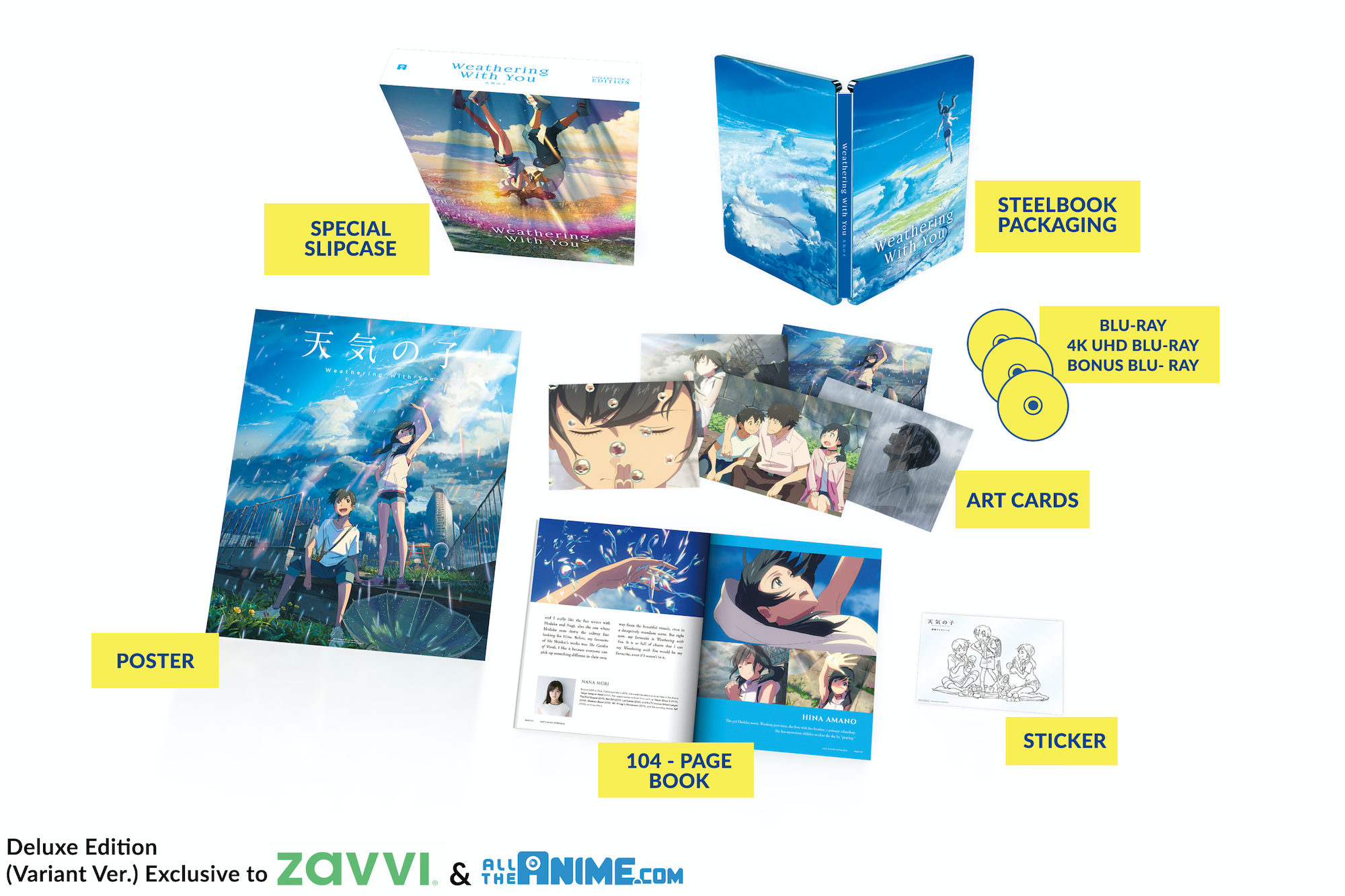 Makoto Shinkai’s Weathering With You Deluxe Edition 4K Ultra HD & Blu-ray combo pack is scheduled for 2nd November exclusively through Anime Limited and Zavvi. The SRP £69.99 set is the only way to own the 4K version in the UK at the current time but also comes with an bonus Blu-ray disc with more extra features. 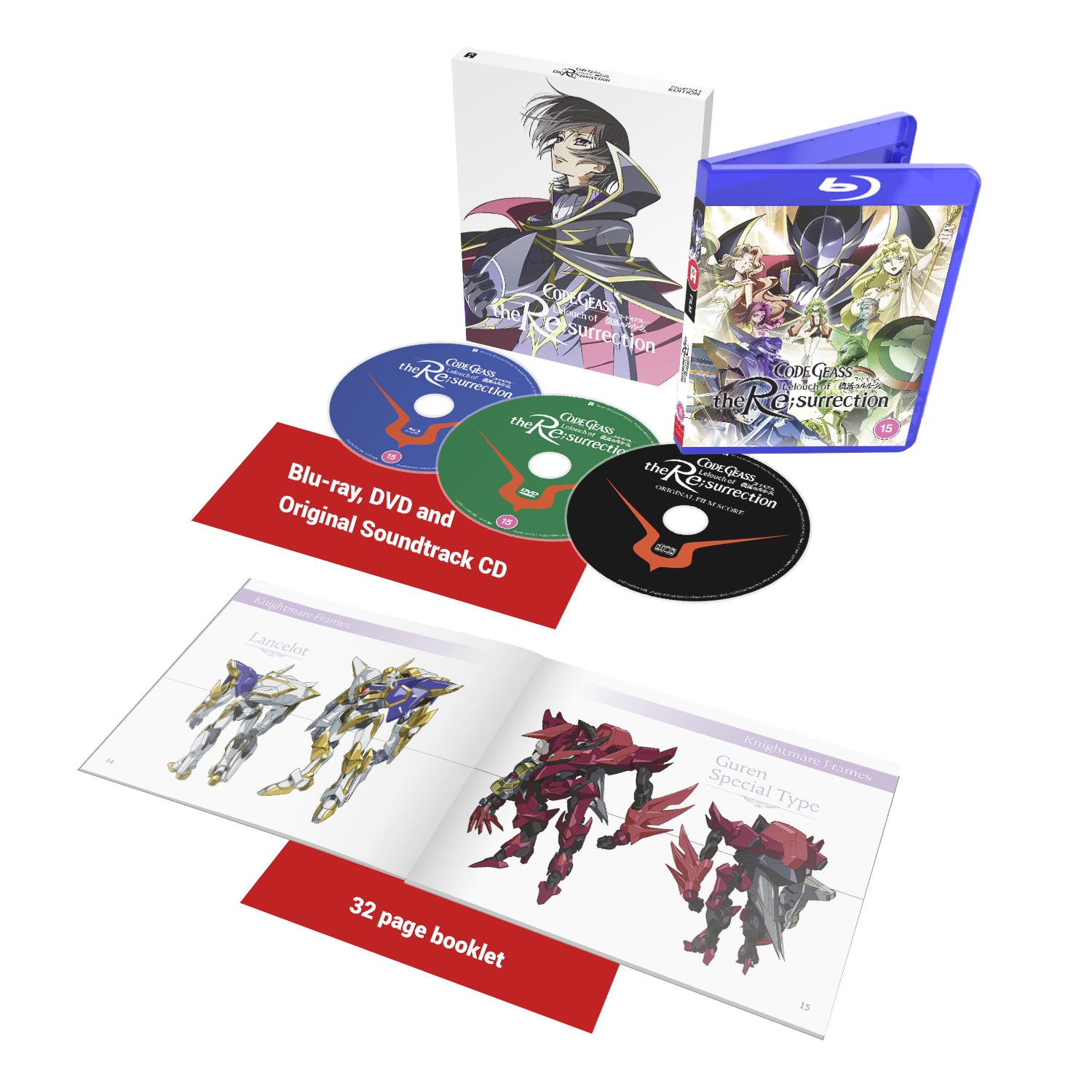 Code Geass: Lelouch of the Re;surrection Collector’s Edition Blu-ray and Standard Edition Blu-ray have both been pushed back to 9th November. The collector’s edition set will begin its early bird on Friday 2nd October (5pm BST) until Thursday 8th October at £24.99, but will also be available to pre-order across all retailers at SRP £39.99. 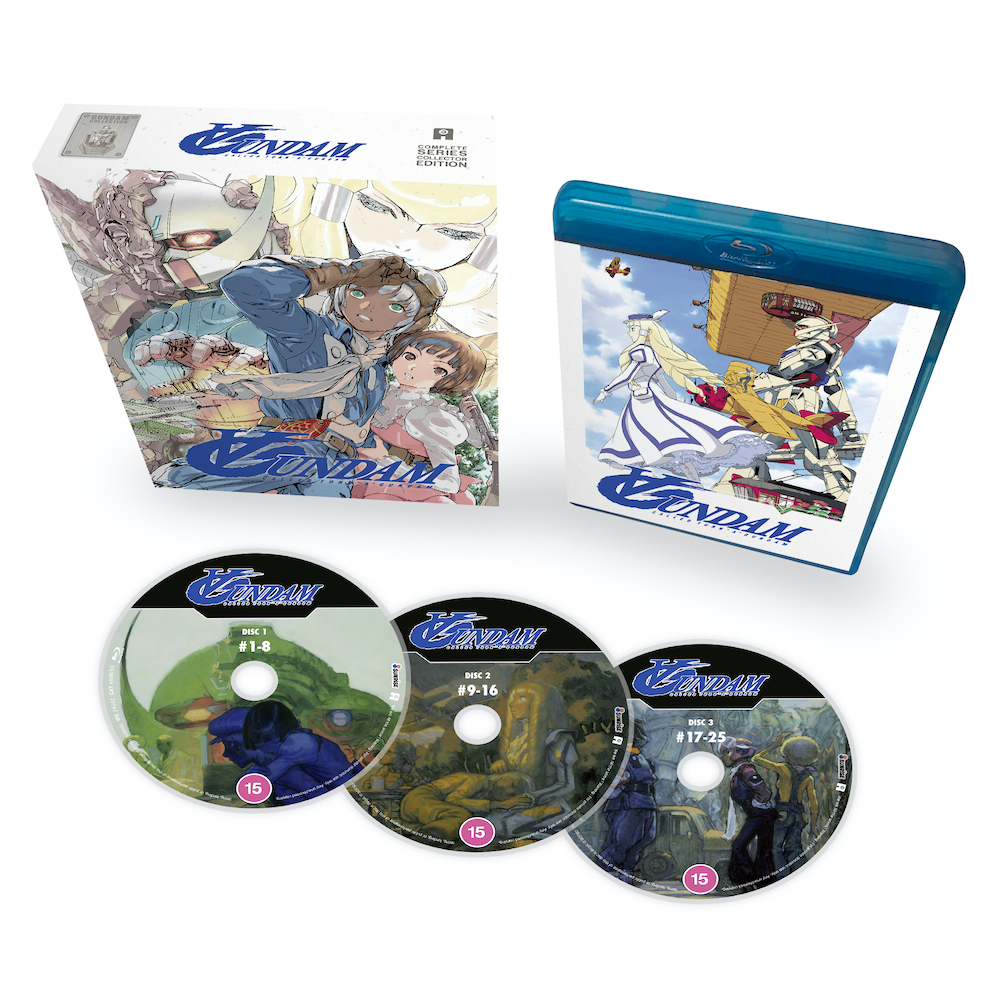 Turn-∀ Gundam Part 1 Collector’s Edition Blu-ray has also been pushed back to 9th November. The collector’s edition set will begin its early bird on Friday 9th October (5pm BST) until Thursday 14th October at £34.99, but will also be available to pre-order across all retailers at SRP £59.99. 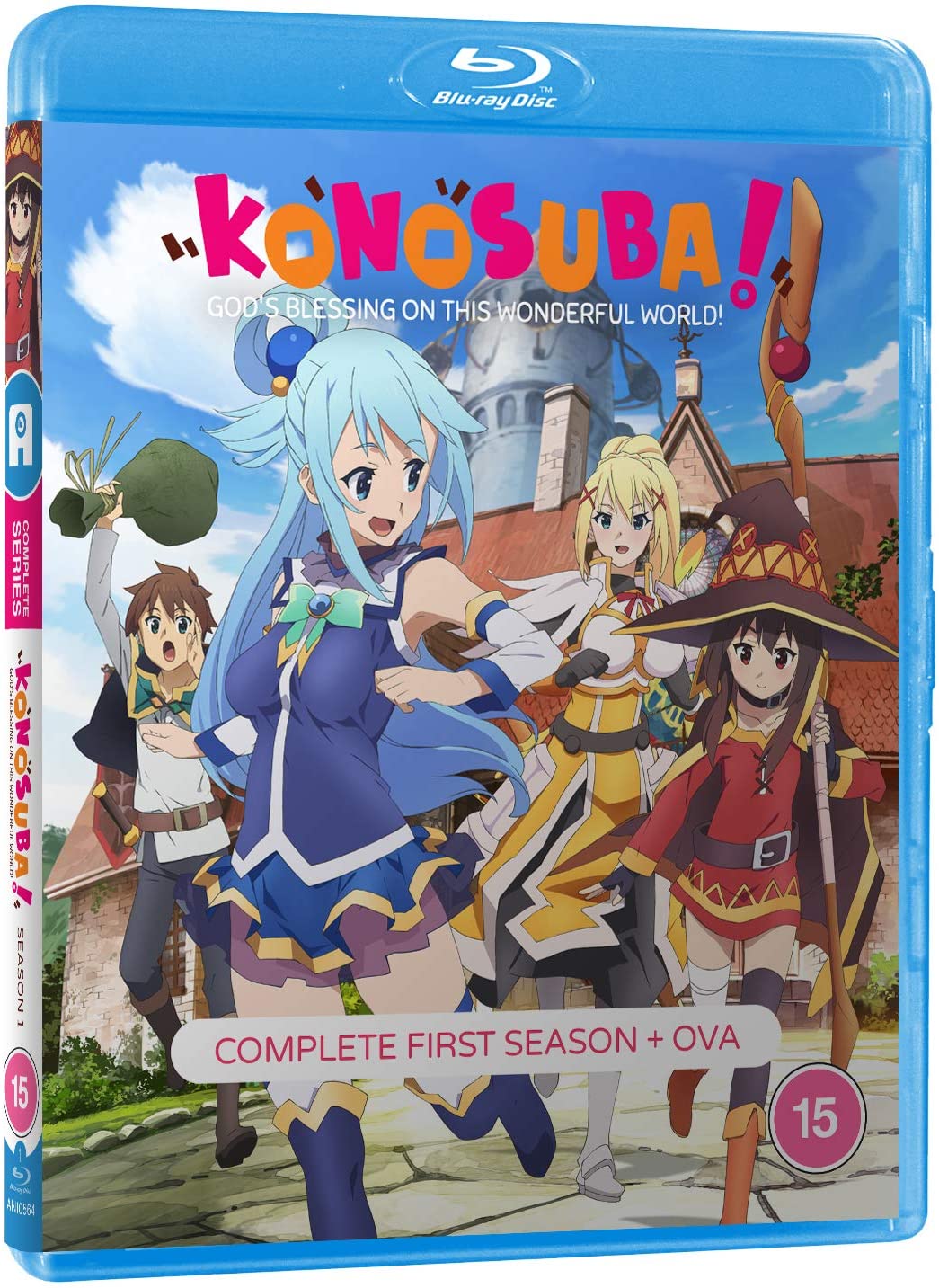 Konosuba: God’s Blessing in this Wonderful World! Season 1 Standard Edition Blu-ray is scheduled for 30th November across all retailers at £34.99. This contains all 10 episodes and its OVA in a single amaray case. The series has a Collector’s Edition Blu-ray scheduled for 12th October which is sold out on both Anime Limited and MVM’s Anime-on-Line online stores. 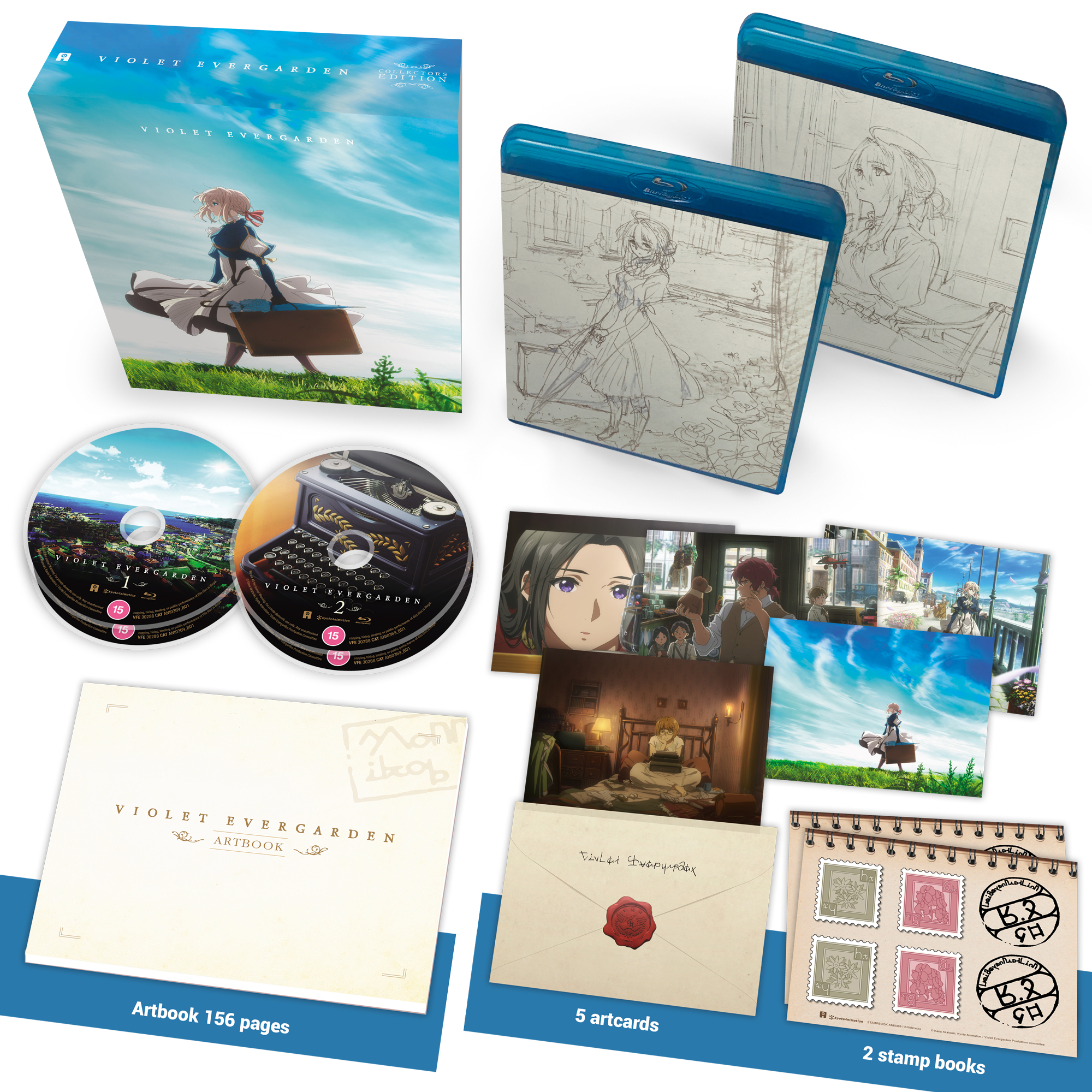 Violet Evergarden Collector’s Edition Blu-ray is scheduled for 30th November with its early bird scheduled for Friday 2nd October (5pm BST) until Thursday 29th October at £39.99. This contains all 13 episodes plus the OVA, extended version of Episode 13, and the Japan Tour compilation films. The set will also be available across all retailers for SRP £69.99.

For the titles revealed below, we will be ordering them based on when the Early Bird pre-orders will become available, as we have done before with the September line-up. The idea of this is because Anime Limited wants users to receive more heads up on their titles. 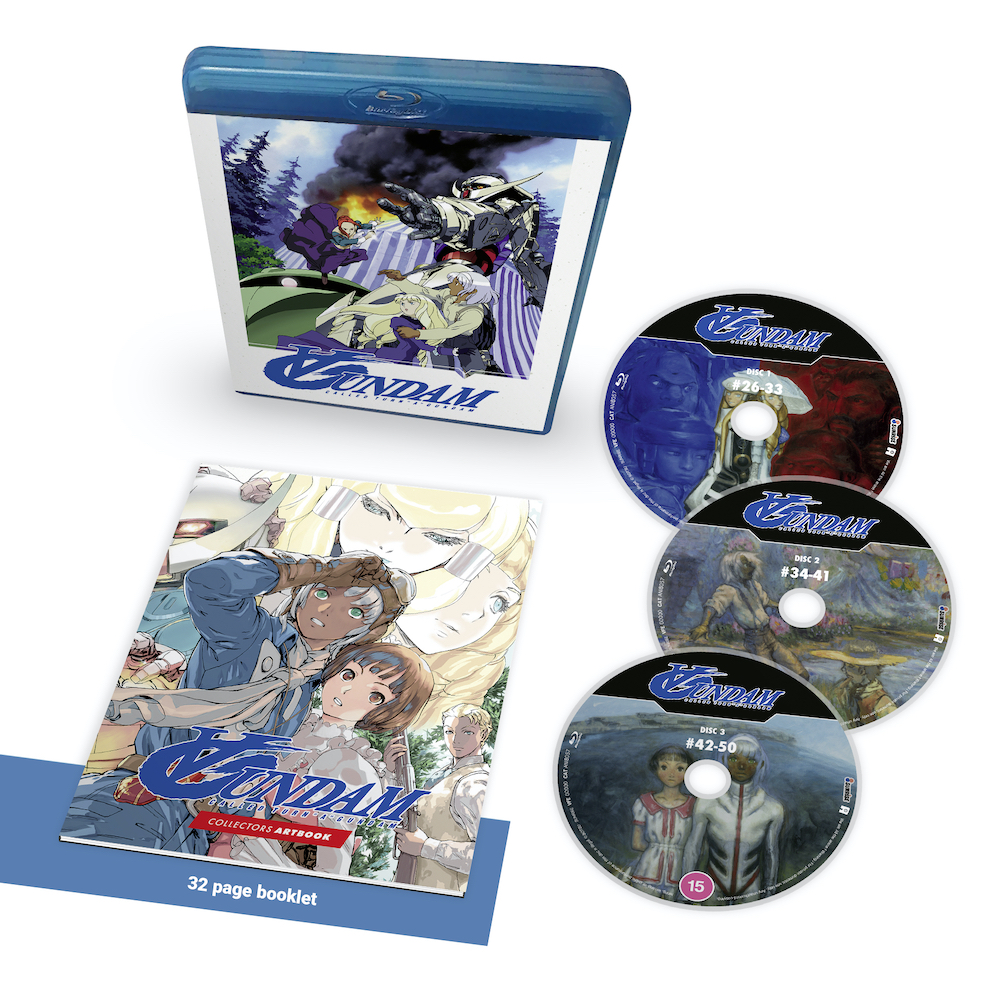 Arriving on 21st December is the second half for Turn-∀ Gundam, a 1999 anime series from studio Sunrise and director Yoshiyuki Tomino. Anime Limited acquired the series during MCM London in October 2015. 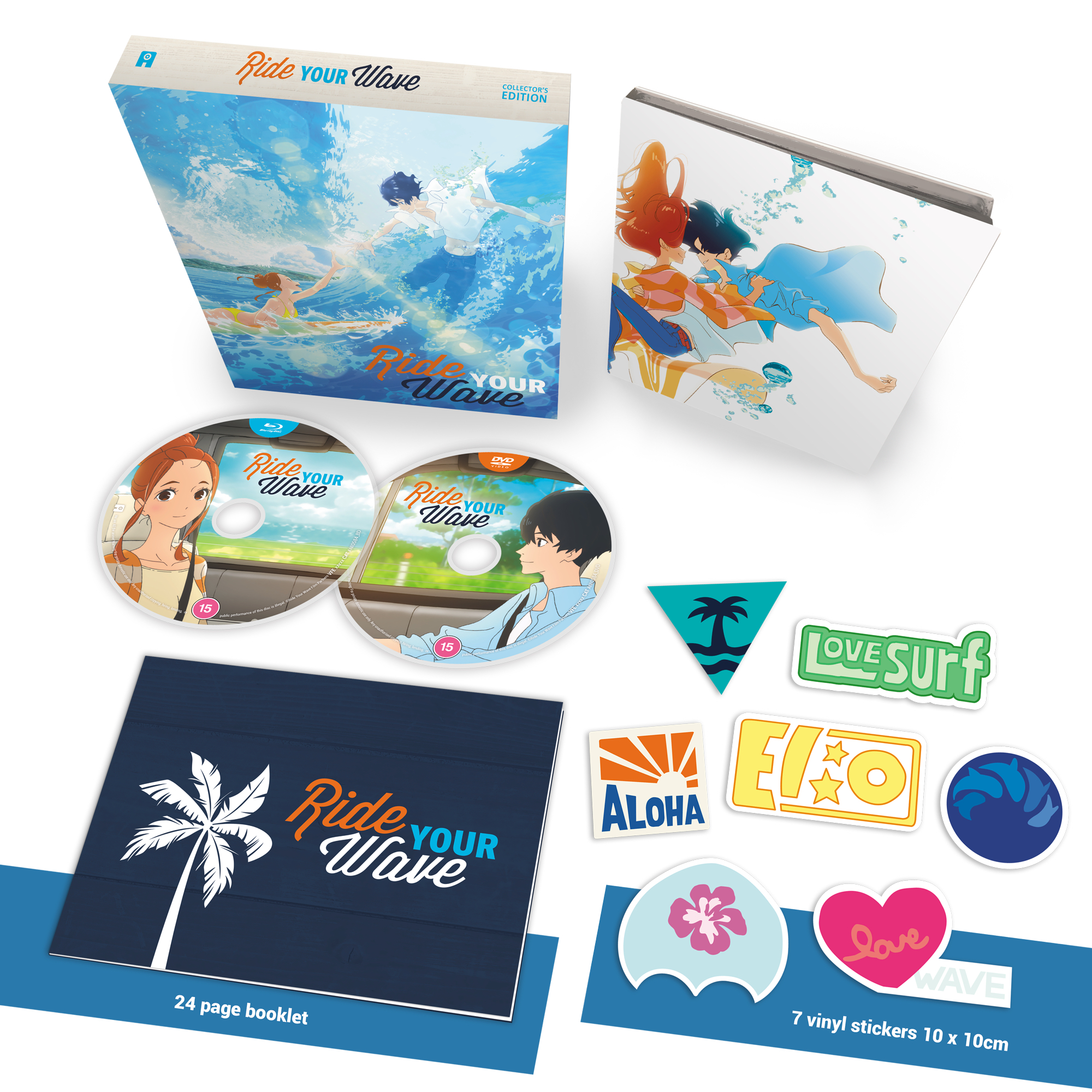 “Hinako is a surf-loving college student who has just moved to a small seaside town. When a sudden fire breaks out at her apartment building, she is rescued by Minato, a handsome firefighter, and the two soon fall in love. Just as they become inseparable, Minato loses his life in an accident at sea.

Hinako is so distraught that she can no longer even look at the ocean, but one day she sings a song that reminds her of their time together, and Minato appears in the water. From then on, she can summon him in any watery surface as soon as she sings their song, but can the two really remain together forever? And what is the real reason for Minato’s sudden reappearance?”

Arriving on 23rd November is the 2019 anime film Ride Your Wave from studio Science SARU and director Masaaki Yuasa. Anime Limited acquired the film during MCM London in May 2019.

The collector’s edition set includes the film with their traditional digipack packaging design with one Blu-ray and one DVD disc in total. Also included is a rigid box, a 24-page booklet and 7 vinyl stickers at 10 x 10cm. Audio options include English and Japanese with English subtitles. 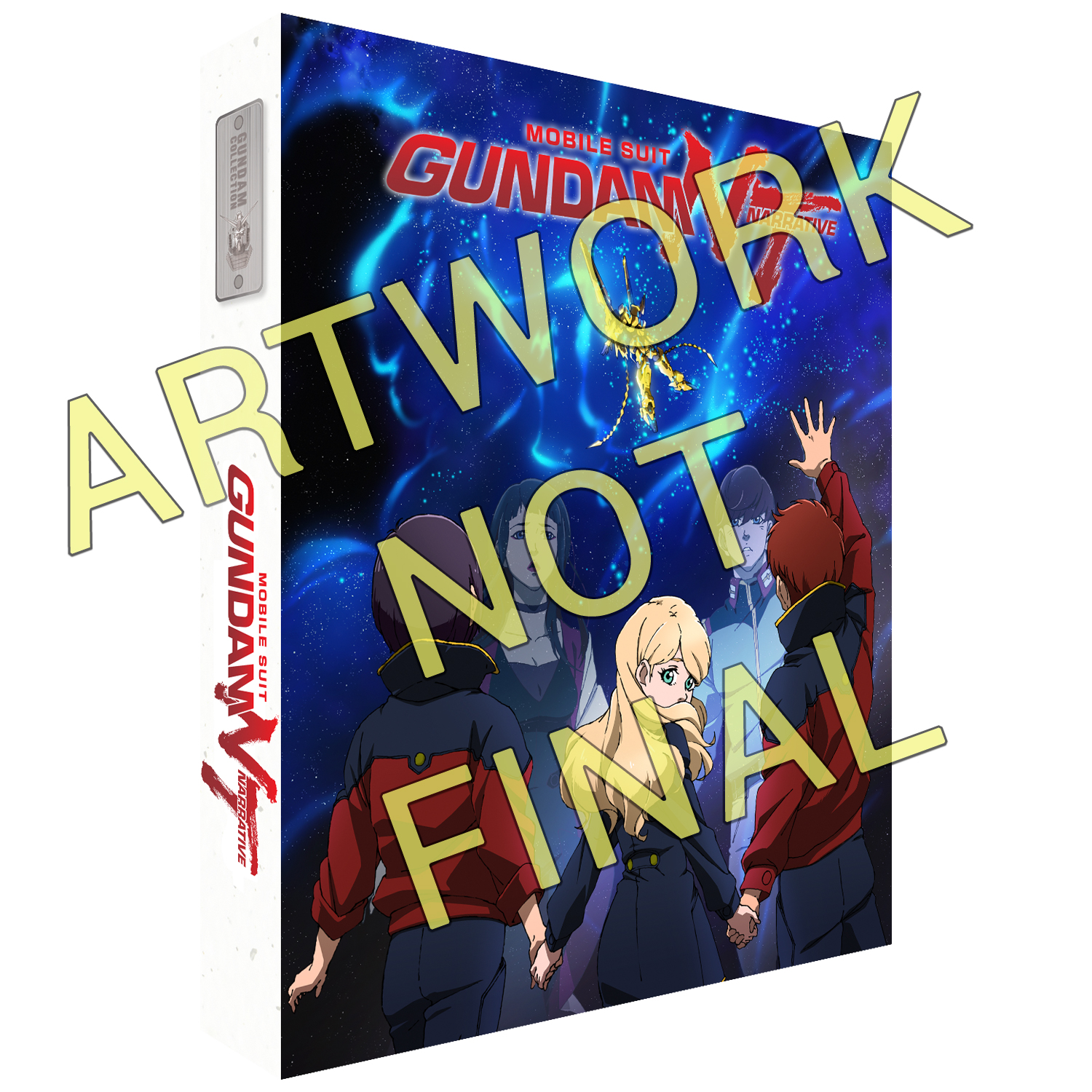 “Neo Zeon remnants known as the Sleeves have temporarily collapsed after the Laplace Incident, and their activities are at a standstill. And the two Unicorn Gundams, the mobile suits that played a leading role in the conflict, have been deemed dangerous and secretly sealed away because they displayed power beyond human understanding.

However, the RX-0 Unicorn Gundam 03, which disappeared two years earlier and was erased from history, has shown itself in the Earth Sphere once more. This machine called “Phenex” is the focus of many people’s renewed activity. As well as the Earth Federation Forces and the Sleeves, Luio & Co, a huge corporation with strong connections to Anaheim Electronics, is involved in the struggle for the Phenex. As Luio & Co. deploys the new mobile suit Narrative Gundam, what is its true objective…?”

The collector’s edition set includes the film housed in a rigid box with a single Amaray case containing a single Blu-ray disc. Details of other physical contents are currently not finalised. Audio options include English and Japanese with English subtitles. 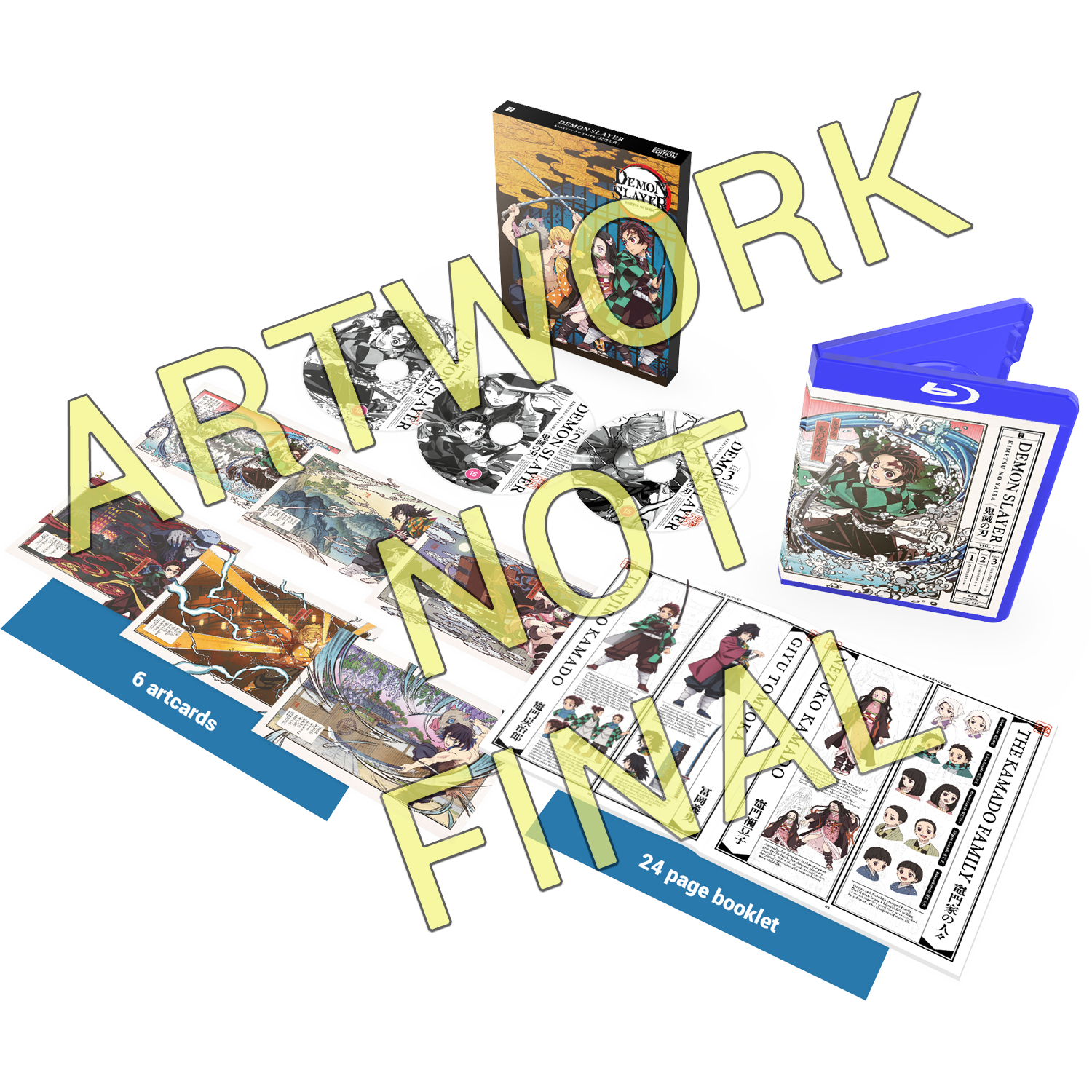 “It is the Taisho Period in Japan. Tanjiro, a kindhearted boy who sells charcoal for a living, finds his family slaughtered by a demon. To make matters worse, his younger sister Nezuko, the sole survivor, has been transformed into a demon herself.

Though devastated by this grim reality, Tanjiro resolves to become a demon slayer so that he can turn his sister back into a human, and kill the demon that massacred his family. A sorrowful tale of siblings in which the fates of humans and demons intertwine…begins now!”

Arriving on 14th December is the 2019 anime series Demon Slayer: Kimetsu no Yaiba from studio Ufotable and director Haruo Sotozaki. Anime Limited acquired the series during Cloud Matsuri in May 2020.

The collector’s edition set features the first 13 episodes housed in a rigid box with a single Amaray case containing three Blu-ray discs in total. Other contents include 6 art cards and a 24-page booklet. The distributor has confirmed the UK Blu-ray release will utilise the Aniplex of America discs which includes the bonus features such as the Audio Commentaries and Textless Songs (which are omitted in the Funimation and Madman releases). 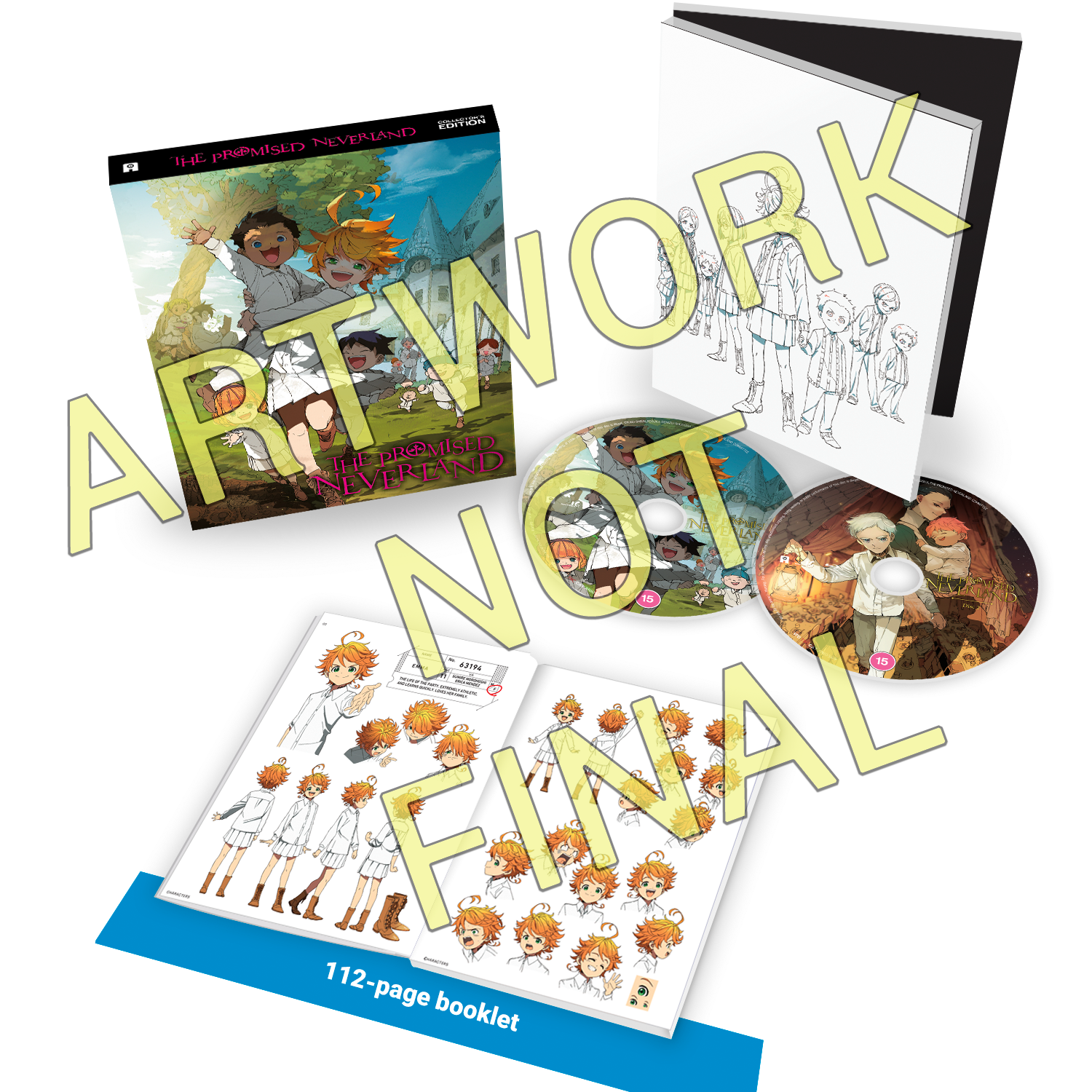 Arriving on 14th December is the 2019 anime series The Promised Neverland from studio CloverWorks and director Mamoru Kanbe. Anime Limited acquired the series during ReedPop Metaverse in August 2020.

The collector’s edition set features the first season aka 12 episodes housed in a rigid box with the distributor’s traditional digipack packaging containing two Blu-ray discs in total. Other contents include a 112-page booklet. The distributor has confirmed the UK Blu-ray release will utilise the Madman discs.

And that concludes this current update from the distributor. As mentioned above, this line-up does not include all of the December titles so expect more news to appear later down the line. 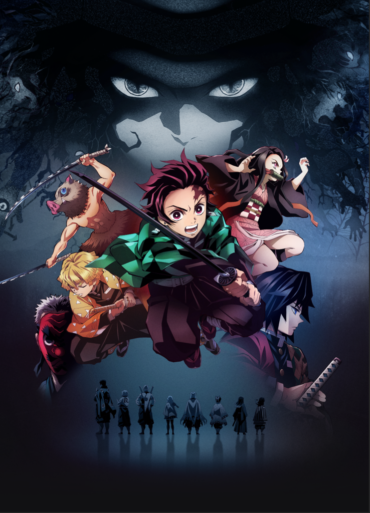