The creature called an “actor” cannot live alone.  And no one can live with it.

Takara Takarada (30), aspiring actor, is on his way to a day’s filming. He’s got two lines in his first movie – about a hundred-eyed shark – but when you’re an unknown, you have to take what you can get. And fussing around him, making sure he’s got his lines learned and his train ticket, is his friend and fellow actor Yuujin Kamoshima (also 30). They’ve been in the same small theatre group for seven years – and without Yuujin to organize his life, Takara’s natural talent would be unable to shine.

Cue the entrance of a young woman, introducing herself as Kazue Tsumeta from Flat Entertainment Agency – manager for a talent agency, come to scout Takara for her agency! But Takara is the least worldly person in the world, it seems, and not really interested in making a name for himself. He just loves to lose himself in the part he’s playing. However, Yuujin manages to persuade him to take the offer of a role in a TV buddy-cop drama, even though it means that Yuujin will have to take a step back from micro-managing Takara’s life.

But on the set at the TV studios, things don’t start out so well. Takara’s lost without Yuujin. And it’s the director’s first drama series (he’s come from a background in variety shows) so he’s out of his depth, encouraging ad-libs, accusing Takara of being too theatrical – it’s all too much for the newby. Takara tries to run away – which leads to Kazue contacting Yuujin. Can Yuujin save the day – and Takara’s nascent TV career?

You’ve got to love a manga that shows us a group of actors rehearsing Shakespeare’s As You Like It! Well, I love it, as I’ll read anything set in the world of acting and the theatre – and from the opening pages, you’re drawn into the crazy yet creative world the two protagonists inhabit. The glimpses into the filming of the buddy-cop TV drama are sometimes as excruciating (and funny) as Life Lessons with Uramichi Oniisan can be in depicting the making of a young children’s TV series. (Why is it always the directors who cause the cast so much misery?)

This is the first of Ayako Noda’s seinen manga to be published in English translation – and it won an Excellence Award from the 23rd Japan Media Arts Festival in 2020. The mangaka is probably better known in the West under the pen name Niboshiko Arai for her Boys’ Love manga, translated and published digitally by futekiya: Inga no Sakana, Gatapishi, and Adana wo Kure. Her art style is distinctive and memorable; her characters are not beautiful in a conventional manga style but compellingly drawn. There’s a certain rawness to some of the panels that makes them look as if they’re sketches, swiftly dashed off to capture the emotions of a fleeting moment. In the same way, the story she has to tell is vividly and compellingly told – but develops along unconventional lines.

If you pick this up, expecting a story of ‘a star is born’, you’ll probably be disappointed; Takara Takarada may be a great actor in the making, but he’s also a disorganized, unworldly person off-stage. The title Double is  aptly chosen to describe the strange yet symbiotic relationship in which Yuujin’s unceasing efforts result in the lauded, compelling performances Takara delivers onstage and on-set. But how long will Yuujin be prepared to remain in the wings? He’s also an aspiring actor. As Ayako Noda takes us back to the first time Takara met Yuujin, she makes the reader ask what’s really motivating Yuujin? How satisfied is he with the current situation? Takara seems unable to function effectively without Yuujin but what about Yuujin; what does Takara mean to him after seven long years?

Massiel Gutierrez is the translator for Tokyopop and deals well with a text and characters that one moment are quoting Shakespeare and the next, arguing passionately about how those lines should be delivered. The digital version (reviewed) is currently available with a print version coming in late January 2022; the second volume will be available digitally in November 2021.

A genuinely intriguing, amusing first volume of this new ongoing manga series from Tokyopop which will appeal to anyone who’s ever been involved in acting, amateur or professional – and to all who are keen to know what goes on in the filming of a drama TV series. 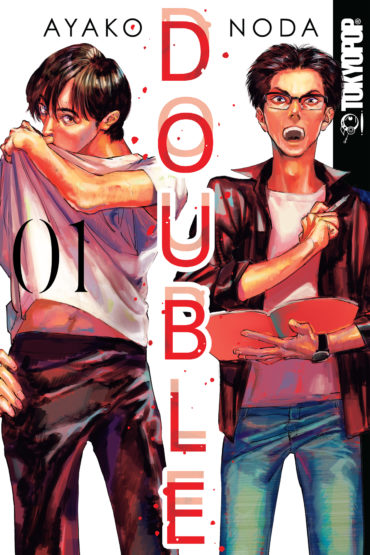