Funimation have today announced and started to implement plans to transition their streaming library of anime titles under the Crunchyroll service and umbrella, which they acquired back in August 2021. This transition has already started with formerly Funimation-exclusive titles such as Kaguya-sama: Love is War Season 2, Mushoku Tensei: Jobless Reincarnation, and Wonder Egg Priority now being available on Crunchyroll. The full list of titles available at the time of publication can be found here.

Funimation also confirmed that although ongoing series will continue to have new episodes released on their service, new titles premiering from the Spring 2022 season (April) onwards will be exclusive to Crunchyroll. As such, they are advising that existing Funimation users sign up to Crunchyroll, and are even offering 60-days of a Crunchyroll premium membership for free to new users who had a Funimation account before 28th February 2022. If you are eligible for this offer, you will receive an email by 8th March with a unique link. Digital copies acquired through home video purchases will continue to be accessible via Funimation’s service, and won’t be viewable on Crunchyroll.

Although Funimation and Crunchyroll’s announcement stopped short of outright confirming it, their recommendation that users move their subscriptions over to Crunchyroll strongly indicates their intentions to phase out and discontinue the Funimation streaming service, in favour of consolidating their streaming business under Crunchyroll.

In addition to Funimation, this move will also consolidate the European streaming service Wakamin and the North American VRV under the Crunchyroll umbrella. Funimation Global Group, the umbrella of anime distributors under the ownership of Sony Pictures Entertainment and Aniplex, will additionally be rebranded as Crunchyroll, and has initiated rebranding across their “global footprint”. We have reached out to Funimation UK to confirm whether this refers to regional distributors such as themselves, given that Funimation UK only recently rebranded from their original name Manga Entertainment last year. However, Funimation UK did not respond in time for publication.

The Funimation streaming service was first launched in 2016 in North America under the name “Funimation Now”, before expanding to the UK and Ireland later that year. A previous partnership with Crunchyroll (then under the ownership of Otter Media) saw the two streaming services share titles, with Funimation also distributing Crunchyroll’s titles on home video in North America. That relationship ended in 2018 following Funimation being acquired by Sony Pictures, prior to Sony Pictures also acquiring Crunchyroll last year. 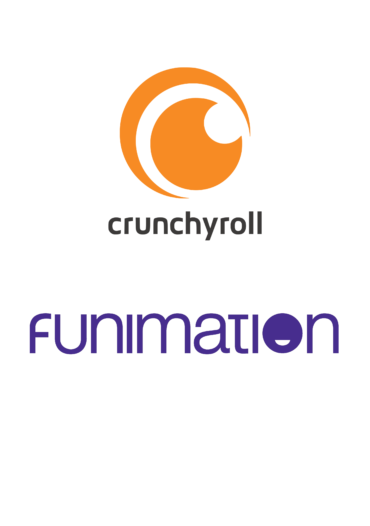