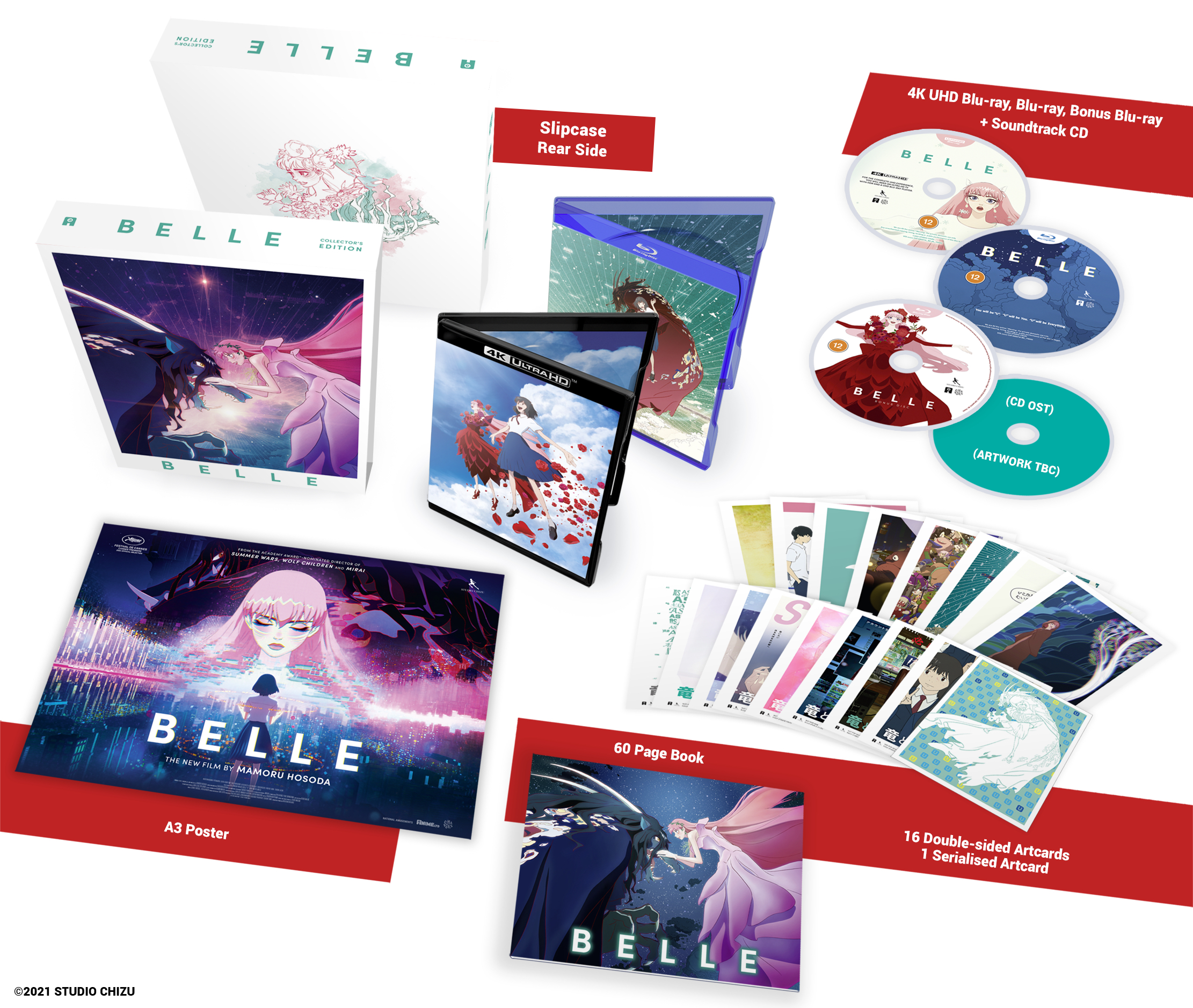 The deluxe edition, exclusive to retailers AllTheAnime and Zavvi, will include a rigid box housing the 4K Ultra HD & Blu-ray discs of the feature film, a bonus Blu-ray disc with tons of bonus features and the film’s original soundtrack CD composed by Ludvig Forssell (Death Stranding, Metal Gear Solid V: The Phantom Pain).

Also included with the set is an A3 poster based on the UK theatrical artwork, 60-page booklet with information about the film and music lyrics, as well as 16 double-sided art cards with 1 serialised art card.

The 4K Ultra HD disc will include Dolby Atmos 7.1 audio, Dolby Vision High Dynamic Range (HDR) and also a bonus feature presented in 4K; Interview with director Mamoru Hosoda at the Glasgow Film Theatre. The disc is expected to be region free like the distributor’s previous 4K releases (for context: there are some 4K titles in the world that are not region free, like GKIDS’ Weathering With You).

The bonus Blu-ray disc will include over 2 hours of content:

The extras are currently listed for the collector’s edition and not the standard (whereas they are featured on the GKIDS Blu-ray release in North America). 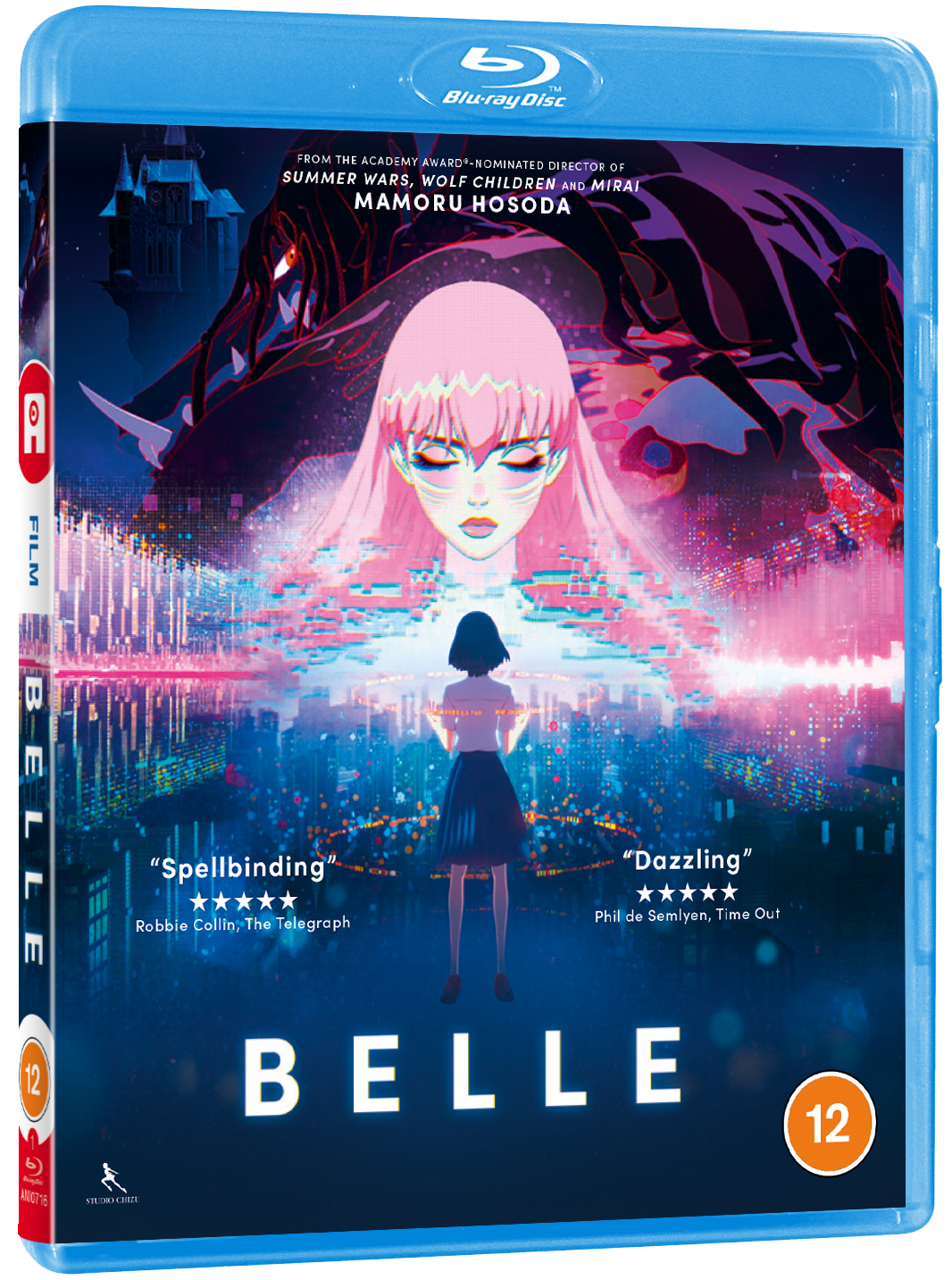 In addition to the collector’s edition, a standard edition Blu-ray and DVD release will also be available across multiple retailers.

“Suzu is a 17-year-old high school student living in a rural village with her father. For years, she has only been a shadow of herself. One day, she enters “U,” a virtual world of 5 billion members on the Internet. There, she is not Suzu anymore but Belle, a world-famous singer. She soon meets with a mysterious creature. Together, they embark on a journey of adventures, challenges and love, in their quest to become who they truly are.”
Plot Synopsis via Anime Limited

BELLE is the fourth animated feature film from Studio Chizu, with Mamoru Hosoda returning to direct the film after their previous works Wolf Children, Boy and the Beast and MIRAI.

Since late 2012 Anime Limited have distributed a wide range of anime titles for the UK & Ireland. For the past decade, they have released classic hits like Cowboy Bebop, El-Hazard and Perfect Blue, and partnered with studio Sunrise to release the iconic Gundam franchise on Blu-ray. They are also known for releasing anime that are considered cult classics or very niche, with releases like Bartender, Genius Party, Kaiba, ON-GAKU, Princess Arete and Tokyo Marble Chocolate.

BELLE marks another release for Anime Limited’s continued support for the 4K Ultra HD format. Their previous releases include Belladonna of Sadness, Millennium Actress, Weathering With You and Your Name, with their next 4K release scheduled is the upcoming TV series Future Boy Conan. 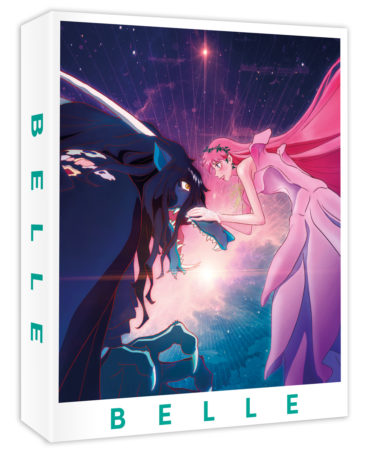 This exceptional re-telling of the Beauty and the Beast story, while standing on its own, is an experience you shouldn’t miss. Our review of BELLE is here!