Pompo the Great is (almost) here! Anime Limited have announced today that the unabashed love letter to film Pompo the Cinephile is coming to selected cinemas in the United Kingdom and Ireland from 29th June 2022. The film will be shown in Japanese with English subtitles from that date, with an English-language dub premiering from 30th June 2022. The film is rated 12A.

(Embedded trailer was created for the film’s North American release)

Pompo is a talented and gutsy producer in “Nyallywood,” the movie-making capital of the world. Although she’s known for B-movies, one day Pompo tells her movie-loving but apprehensive assistant Gene that he will direct her next script: a delicate drama about a tormented artistic genius, starring the legendary and Brando-esque actor Martin Braddock, and a young actress seeking her first break. But when the production heads towards chaos, can Gene rise to Pompo’s challenge, and succeed as a first-time director?
Directed by veteran animator Takayuki Hirao and produced by brand-new animation studio CLAP, Pompo the Cinephile is a rollicking, exuberant ode to the power of the movies, and the joys and heartbreak of the creative process, as a new director and his team devote their lives to the pursuit of a “masterpiece.”

Pompo the Cinephile previously had its UK premiere at the Scotland Loves Anime film festival in October 2021, before seeing a limited release at their related limited screenings nationwide as part of initiatives such as We Love Anime and Sheffield Loves Anime. The film was nominated for Best Animated Feature – Independent at the 49th Annie Awards.

For more information and to book tickets, please visit www.pompofilm.co.uk 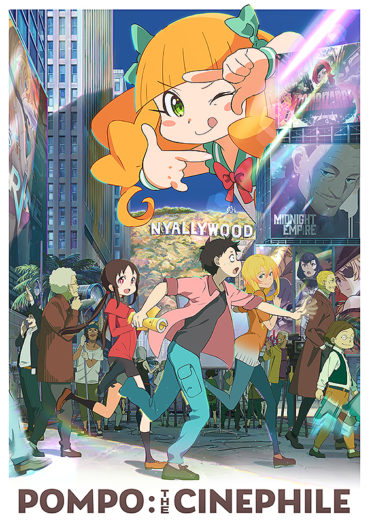